A postcard a day - Two Edmunds

I'm a bit bleary eyed this morning. There is a cricket/cicada just outside our bedroom window and it's making an enormous row. It's hard to imagine that a little insect like that can make so much noise!

Today two cards with images by a painter called Edmund. Two different Edmunds though.
The first is by Edmund Leighton 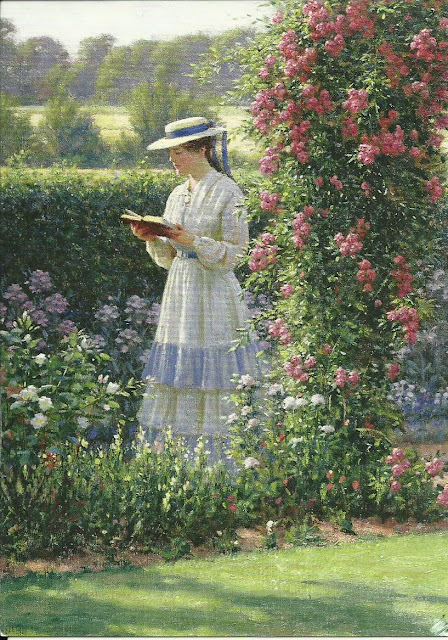 This painting is called 'Sweet Loneliness' (1919). I received this card this week from Hannes, who lives in Bavaria in Germany. He chose it as I like any card with a book in it....

The other Edmund is Edmund Dulac and the card i have is this one: 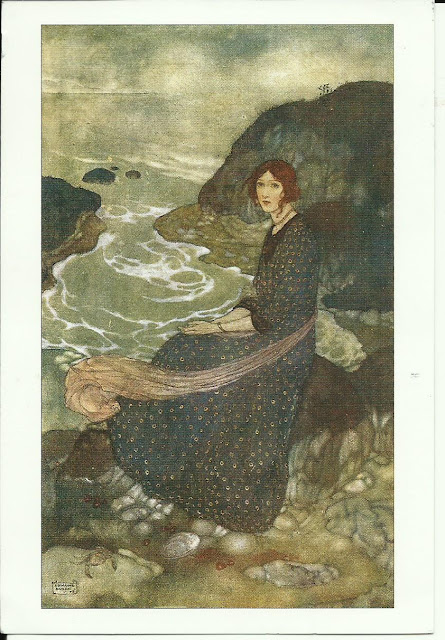 It is called 'The tempest' and is an illustration from 'Shakespeare Illustrated'. It reminds me a little bit of the style of Arthur Rackham (whose work I like).

Edmund Dulac (1882-1953) was a French-born, British naturalised magazine illustrator, book illustrator and stamp designer. Born in Toulouse he studied law but later turned to the study of art the École des Beaux-Arts. Wikipedia
It was sent to me by Iris in Estonia. I love the stamp with the national costume:

That's all for today,
Have a great weekend,
I'll be back tomorrow,
Lisca