PCAD a Postcard a Day: Hongkong

This is a card, sent by Debbie from HongKong, that I received last week. It shows the view of Des Voeux Road in the past. Debbie writes that (understandably) the road has changed a lot since the photo was taken. 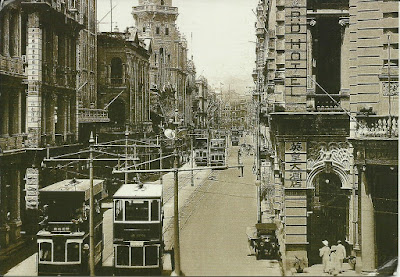 On the card it says: ‘Colonial double-decker trams presented a convenient way to hop for shopping on Des Voeux Road where it was a mecca for shoppers.’

That’s my contribution for today.

Have a good day and see you tomorrow,