In my collection of postcards there are many churches, as churches are often an important landmark in a particular city. Churches can be beautiful buildings too.

I usually show you a church on a Sunday. Today it is not a card I got through Postcrossing, but one a colleague sent me from Barcelona while she was there on holiday. It is a detail of one of the towers of the Sagrada Familia: 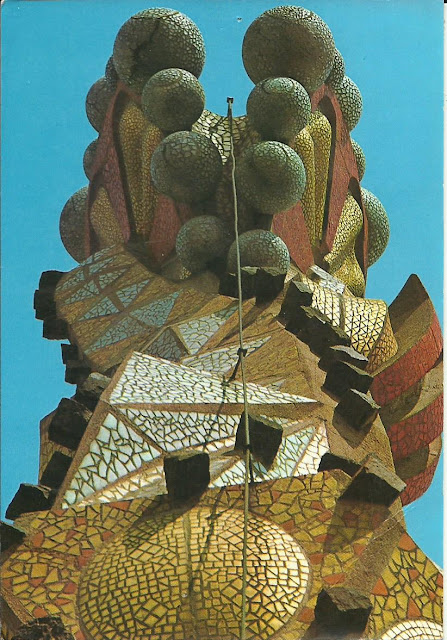 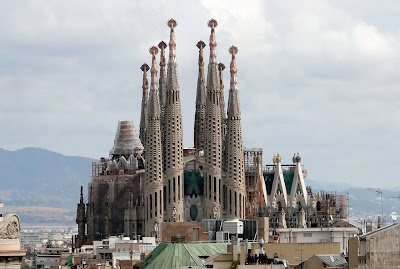 Construction of Sagrada Família had commenced in 1882 and Gaudí became involved in 1883, taking over the project and transforming it with his architectural and engineering style, combining Gothic and curvilinear Art Nouveau forms. Gaudí devoted his last years to the project, and at the time of his death at age 73 in 1926, less than a quarter of the project was complete. Sagrada Família's construction progressed slowly, as it relied on private donations and was interrupted by the Spanish Civil War, only to resume intermittent progress in the 1950s. Construction passed the midpoint in 2010 with some of the project's greatest challenges remaining and an anticipated completion date of 2026, the centenary of Gaudí's death.

The local church we go to here in Baza is very small. It's not a traditional church building as such. We rent the venue. But it's not the building that makes a church.... It's the people. 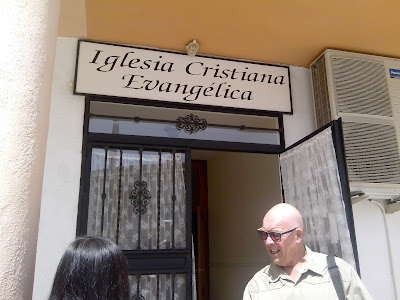 Here is my DH saying hello (or goodbye) to someone outside the door of the church.

I hope you all have a wonderful Sunday and a good rest.

See you all tomorrow,