Good Morning! Good Saturday!
I hope you are having a good weekend.

Here is my postcard for today: 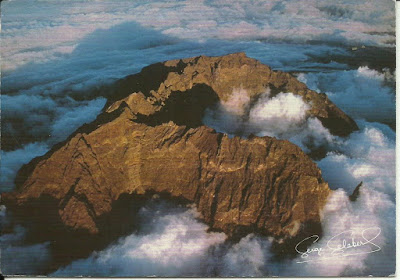 It was sent by Jean-Mimi from Lyon in France.
The picture is of Ile de la Reunion in the Indian Ocean, a French island. It reads: 'Sunset over the Piton des Neiges (3070m)'.
It lies east of Madagaskar. (see map) 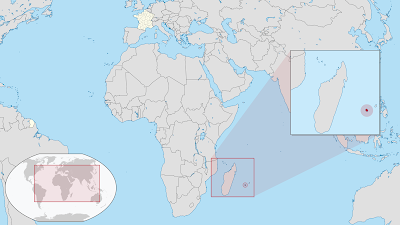 In July 2015, a flaperon from a Boeing 777 aircraft washed up on the shore of the island. The piece of debris was initially confirmed by Malaysian authorities to be part of Malaysia Airlines flight 370, which disappeared in March 2014. (also from Wikipedia)

Jean-Mimi has put loads of fun stickers on the card and a special stamp: 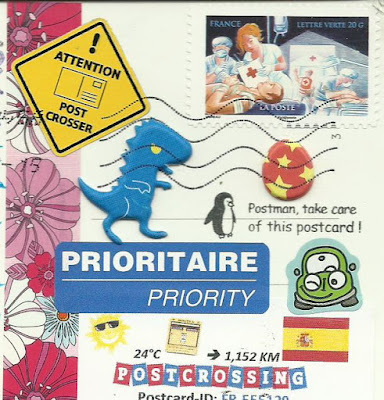 I've not been able to find any info about the stamp. It looks like a Red Cross field hospital. And it says 'Lettre verte' which is the second tariff of the French postal system. It is a little cheaper (only a few cents I believe) and it takes a little longer (surface mail in stead of airmail). There is an even cheaper tariff which takes longer still, but I have no idea what means of transport that would use... 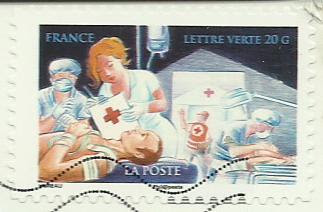 That's it for today. I wish everyone a very fine weekend and see you'all tomorrow.