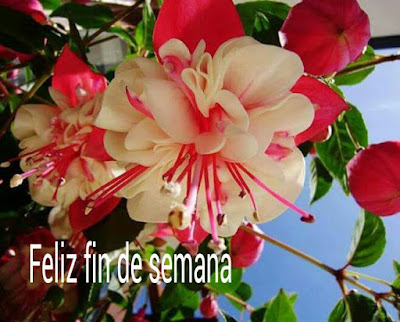 I am a happy bunny today as I have had some happy mail! My blogfriend in Australia, Bridget, has sent me a card with aboriginal art. 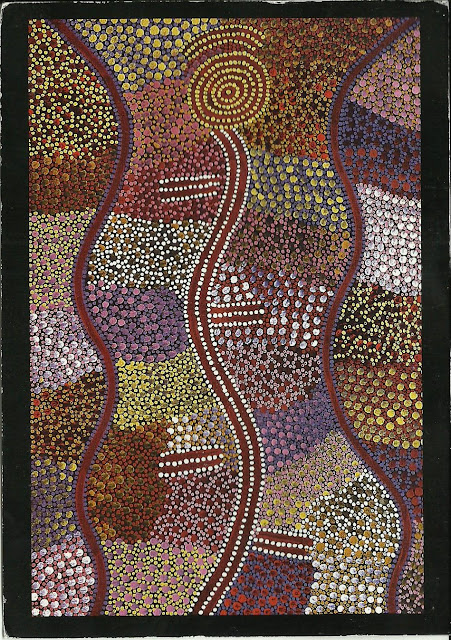 I think this is beautiful. It is a work of art. I can't stop looking at it. I'm going to find out a bit more about it, like what medium has she used. Paint? Nails? Stones? Beads?
To be honest, I don't know which way is up, but I like it this way.

It's called 'Water Dreaming' (1998) by Dinny Nolan Tjampitjinpa. "Life-giving water is of great significance to artists in the arid country of the Central Desert. The painting explains a valuable soakage where water can always be found. Its significance is celebrated in song and painted design." 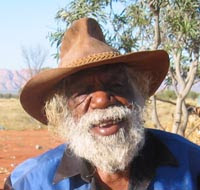 I found some info on Dinny Nolan:
Born west of Mt. Allan near the present site of Yuendumu, Dinny Nolan worked as a stockman on many cattle stations in the Northern Territory. In the 1970’s he settled in Papunya.

He is a senior lawman and a recognized leader for Rainmaking and Water Dreaming ceremonies. Among one of the first men to put the traditional body paintings and sand drawings on canvas.

Dinny Nolan’s art is characterized by his predominant use of natural ochre colours, and the designs he utilizes are the same he paints on the bodies of men taking part in ceremonies.

When interviewed, Dinny said that he is a survivor of the Coniston massacre. (This was the last officially condoned massacre of Aboriginal people. About 70 Warlpiri men and women were murdered on Coniston Station in August 1928).

Bridget knew I like this sort of thing. She has sent me a card before with aboriginal art. (Not the same artist. This is by Loretta McDonald)) 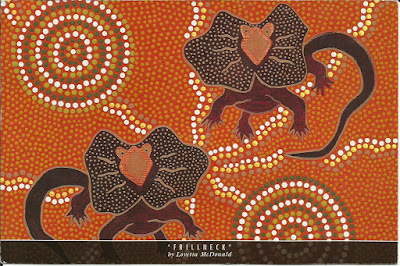 I loved it so much, I framed it and it is hanging on the wall behind me. Here I have taken it down to photograph it. 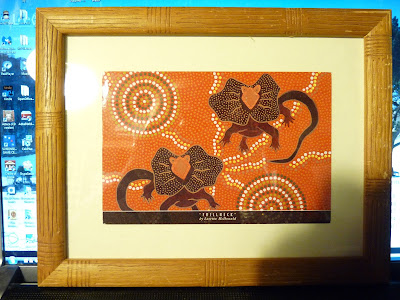 So thank you Bridget! You've made my day. If I can find the same frame again I'll hang them both next to each other.

The stamps on the card are absolutely stunning! Four different planets. Beautiful! 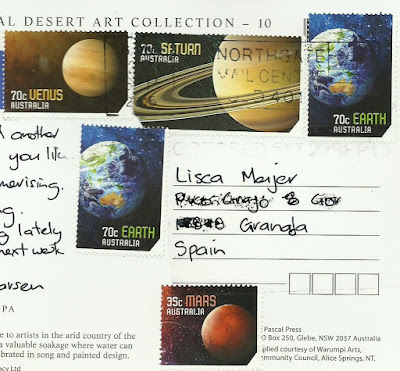 That's it from me today. I hope you will join me again tomorrow, when I have another postcard for you.