A Postcard A Day - Tuesday 22 June 2021 - T for Royalty, giraffes and Bletchley Park

Here I am again with a (hopefully) interesting blog post. Today it is about postcards from the Netherlands and the two books I read this month. Of course I will visit the T-Party hosted by Elizabeth and Bleubeard, so you will find one or more beverages in this post.

First off are my postcards: 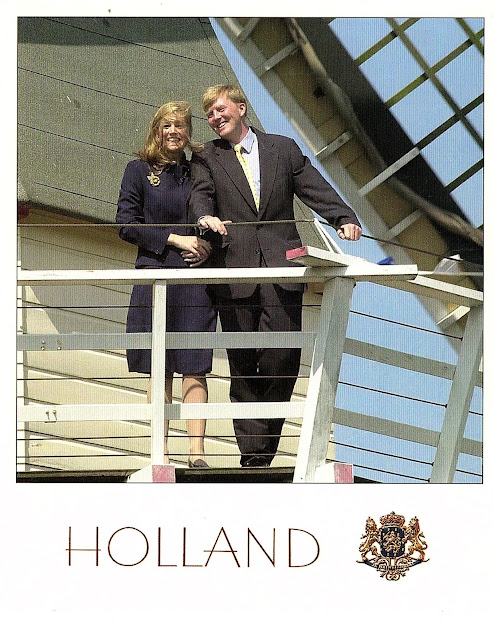 This is a postcard with HM king Willem Alexander and HM queen Maxima of the Netherlands. The photo was taken some years ago as they are both somewhat older now and the king wears a beard. Queen Maxima comes from Argentina and when (the then prince) Willem Alexander got engaged to her there was some controversy about her father.

During the National Reorganization Process, Argentina's most recent dictatorship, Jorge Zorreguieta, Máxima's father, served as Secretary of Agriculture, Livestock, and Fisheries. During this regime, an estimated 10,000–30,000 people were kidnapped and murdered during this and subsequent military regimes before democracy was restored to Argentina in 1983. Zorreguieta claimed he was unaware of the Dirty War while he was a cabinet minister. 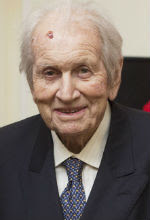 At the request of the States General, Michiel Baud, a Dutch professor in Latin American studies, carried out an inquiry into the involvement of Zorreguieta in the Dirty War. Baud determined that Máxima's father had not been directly involved in any of the numerous atrocities that took place during that period. However, Baud also concluded that Zorreguieta was almost certainly aware of them; in Baud's view, it was highly unlikely that a cabinet minister would not have known about them.

Jorge Zorreguieta's presence at the wedding was debated for months. It was eventually concluded he would not attend. In solidarity, her mother chose not to attend.

They eventualñy got married on the second of February 2002. 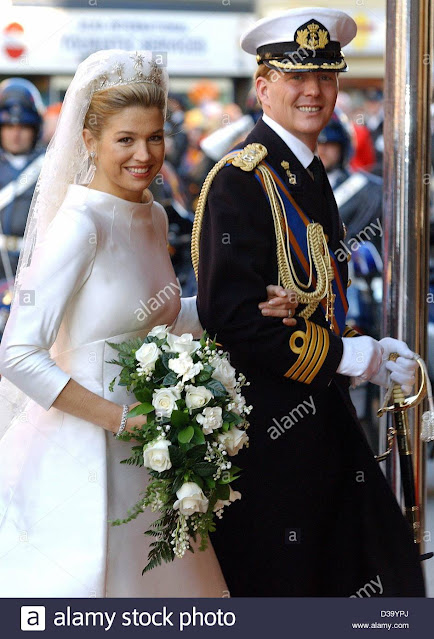 The stamp is the standard international stamp with the tulip. 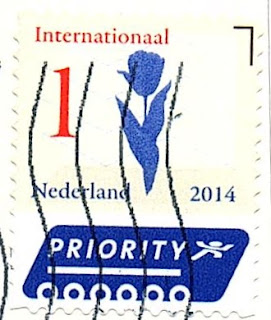 My second postcard also comes from the Netherlands. It features queen Beatrix (the mother of king Willem Alexander). 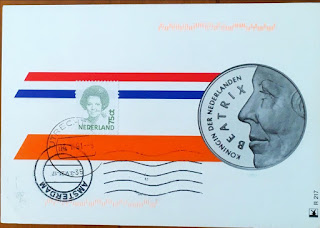 It features a first day postcard with the real 75 cent stamp stuck on it and stamped on the First Day of issue 14 March 1991. Unfortunately the machine recognized that stamp rather than the stamps on the back of the card and it stamped  2021 as well.
But Queen Maxima was far from the first Dutch consort to have a complicated background — fifty years ago today, a Dutch royal wedding took place that had almost been derailed because of the groom’s controversial early life.

Beatrix (king Willem Alexander's mother) in is the eldest of the four daughters of Queen Juliana of the Netherlands . At the time of her wedding, Beatrix was the heir to the Dutch throne. Klaus was a commoner, born in northern Germany, who had a career with the German foreign service. His parents had noble roots; his father was an untitled noble, and his mother was born a baroness. 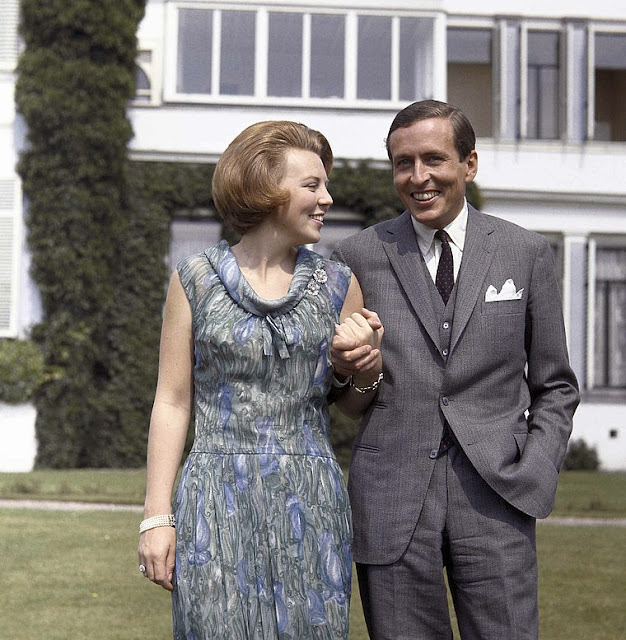 The press caught on to Beatrix’s romance when she was photographed with Klaus. When the engagement was announced in July of 1965, however, the match was almost immediately met with public disapproval. Only twenty years had elapsed since the end of World War II, and Beatrix’s prospective bridegroom had been both a member of the Hitler Youth and a German soldier in the final months of the war, serving in Italy with an armored division. Klaus met these facts directly, noting that his membership in the youth organization had basically been compulsory, and that “he did not like it.” The New York Times noted that Klaus explained during the couple’s engagement interviews “that he did not think it right to condemn a man simply because he had worn the German uniform.”

The Netherlands had been occupied by Germany during the war, and the royal family had gone into exile.  Memories of the harsh treatment that the Dutch people, especially the country’s Jewish population, had received at the hands of their German occupiers were still extremely strong in 1965. For some, the prospect of a German soldier as a consort to their future queen was unthinkable. 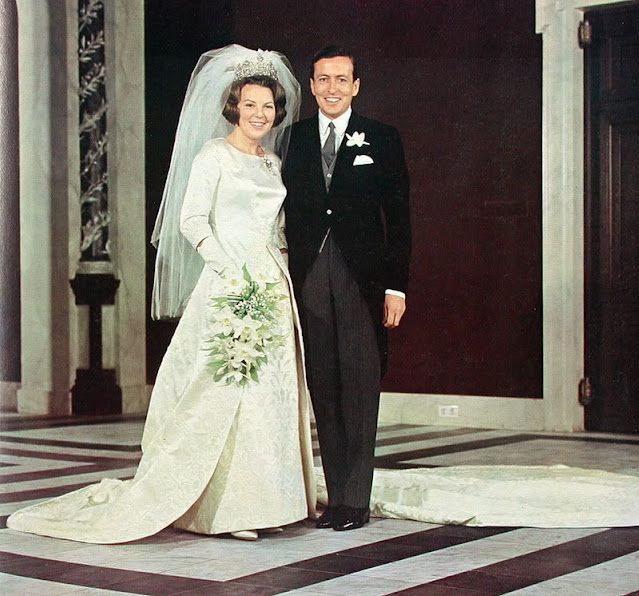 But the wedding went ahead on March 10th 1966. However, over time, Claus became accepted by the public, so much so that during the last part of his life he was considered by some to be the most popular member of the Royal Family. 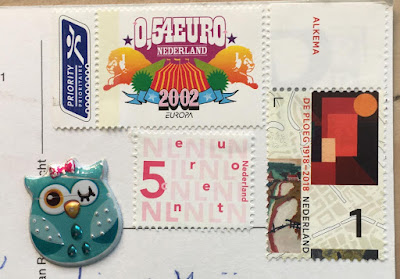 The 54 cent stamp is from a series about the circus: 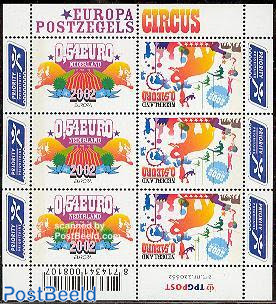 The stamp on the right is about the art movement De Ploeg: 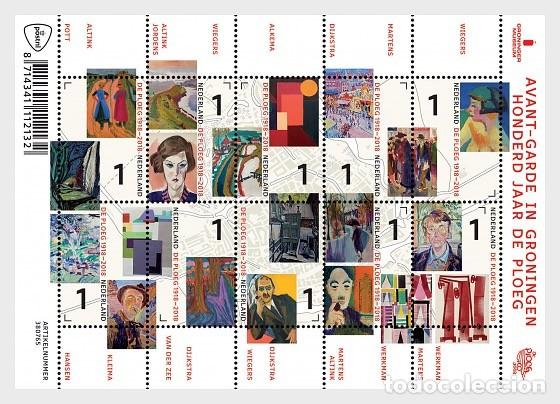 De Ploeg (English: The Plough or The Group) is an artist collective from the city of Groningen in the Netherlands. The collective was established in 1918 by a group of young artists. Their goal was to create new opportunities for exhibitions and to educate the general public about developments in art, architecture, and literature. The name was suggested by one of the founding members Jan Altink, because he felt like a lot of ground still had to be broken for modern art in Groningen. Several art styles were prominent within "De Ploeg", including expressionism, constructivism and impressionism. This artist collective still exists, but its most important time lay in the 1920s.
So much for the postcards and royal controversy. Lets show you the two books I have read this month.
By the way, neither of these books have photographs in them. But when I learn that a book is based on as true story, and/or the characters are inspired by real people, I have to  find out about them. That's why I have added the photos.
The first book is called  West with Giraffes by Lynda Rutledge. 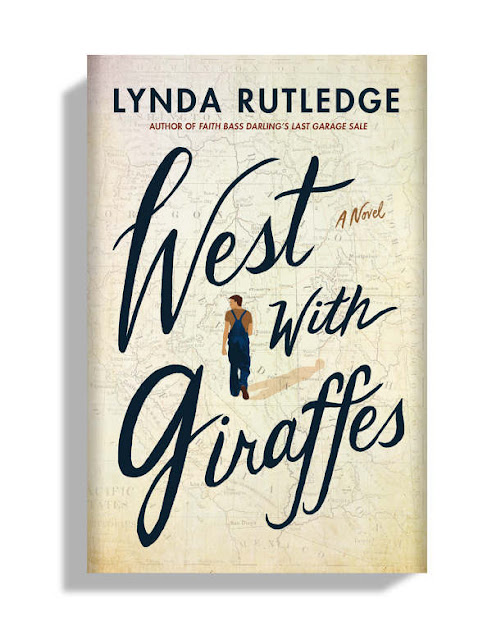 I thoroughly enjoyed this. It is a historical novel based on a true story. The description on the back of the book reads:
Woodrow Wilton Nickel, age 105, feels his life ebbing away, but when he learns giraffes are going extinct, he finds himself recalling the unforgettable experience he cannot take to his grave. 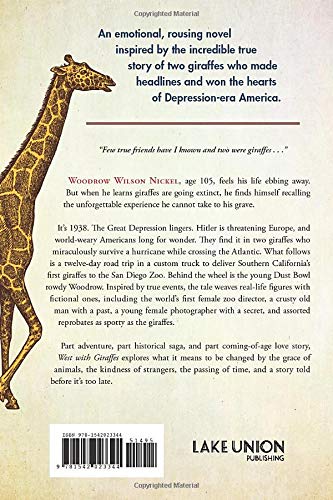 In 1938, The Great Depression lingers. Hitler is threatening Europe and world-weary Americans long for wonder. They find it in two giraffes, who miraculously survive a hurricane while crossing the Atlantic. 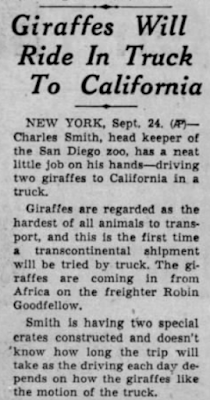 What follows is a twelve-day road trip in a custom truck to deliver Southern California's first giraffes to the San Diego zoo. 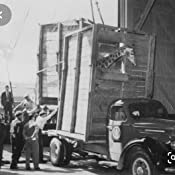 Behind the wheel is the young Dust Bowl rowdy Woodrow. Inspired by true events, the tale weaves real life figures with fictional ones, including the world's first female zoo director, (Belle Benchley) 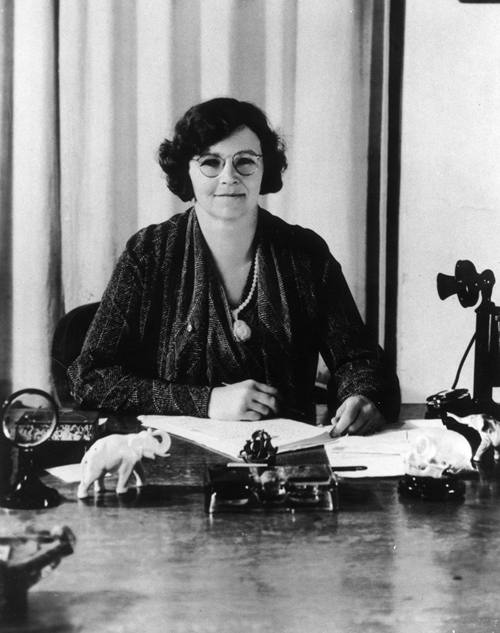 a crusty old man with a past, a young female photographer with a secret, 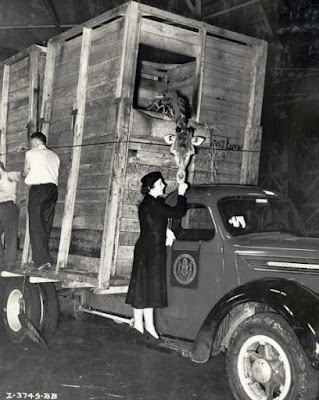 and assorted reprobates as spotty as the giraffes. 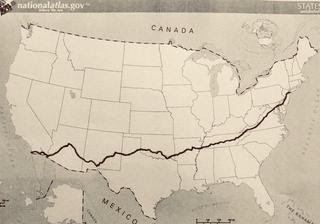 Part adventure, part historical saga, and part coming-of-age love story, West with Giraffes explores what it means to be changed by the grace of animals, the kindness of strangers, the passing of time, and a story told before it's too late.
My second book is also a historical novel. It's called The Rose Code by Kate Quinn. 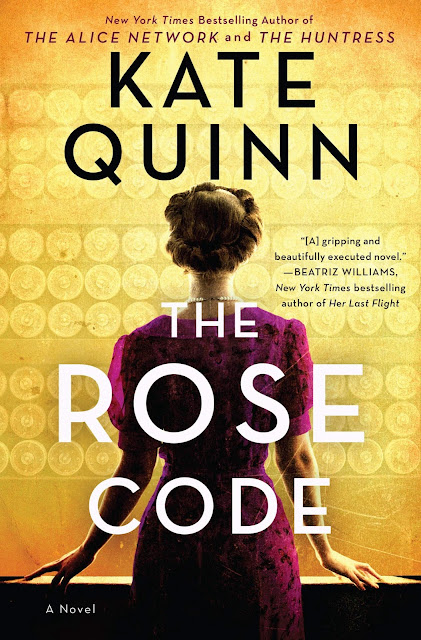 I had already read other books by her and this one is definitely the best.
1940. As England prepares to fight the Nazis, three very different women answer the call to mysterious country estate Bletchley Park, where the best minds in Britain train to break German military codes. 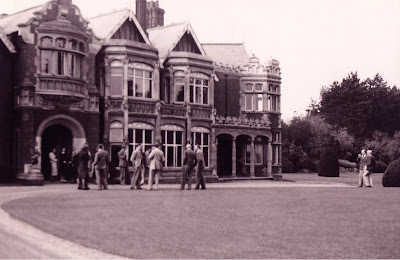 Vivacious debutante Osla is the girl who has everything—beauty, wealth, and the dashing Prince Philip of Greece sending her roses—but she turns to prove herself as more than a society girl, (Osla Benning in real life) 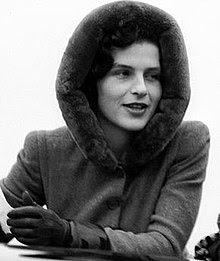 and puts her fluent German to use as a translator of decoded enemy secrets. Imperious self-made Mab, product of east-end London poverty, works the legendary codebreaking machines as she conceals old wounds and looks for a socially advantageous husband. 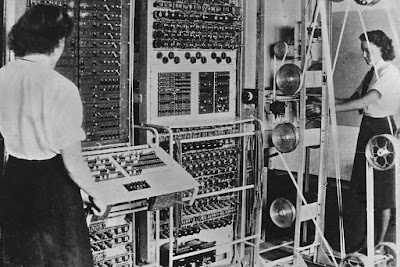 Both Osla and Mab are quick to see the potential in local village spinster Beth, whose shyness conceals a brilliant facility with puzzles, and soon Beth spreads her wings as one of the Park’s few female cryptanalysts. But war, loss, and the impossible pressure of secrecy will tear the three apart. 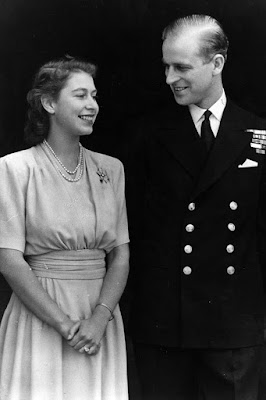 1947. As the royal wedding of Princess Elizabeth and Prince Philip whips post-war Britain into a fever, three friends-turned-enemies are reunited by a mysterious encrypted letter--the key to which lies buried in the long-ago betrayal that destroyed their friendship and left one of them confined to an asylum. A mysterious traitor has emerged from the shadows of their Bletchley Park past, and now Osla, Mab, and Beth must resurrect their old alliance and crack one last code together. But each petal they remove from the rose code brings danger--and their true enemy--closer...

I can recommend this book. I found it 'unputdownable'.
Now for a drink to join Elizabeth's T-Party:
We went to Albox last Friday. Albox is a little town about an hour's drive from here. For some reason a lot of English have settled there. So there is a restaurant that serve fish & chips, a typical British dish. 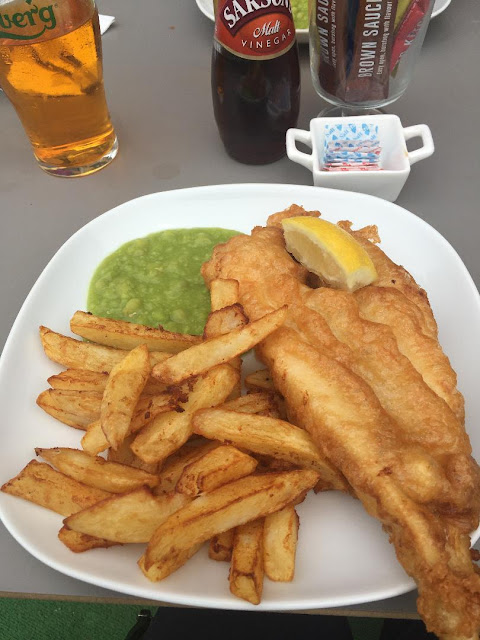 They also serve cider, which is difficult to find here. So I had a pint of cider (I think it was Strongbow) in a Carlsberg glass. 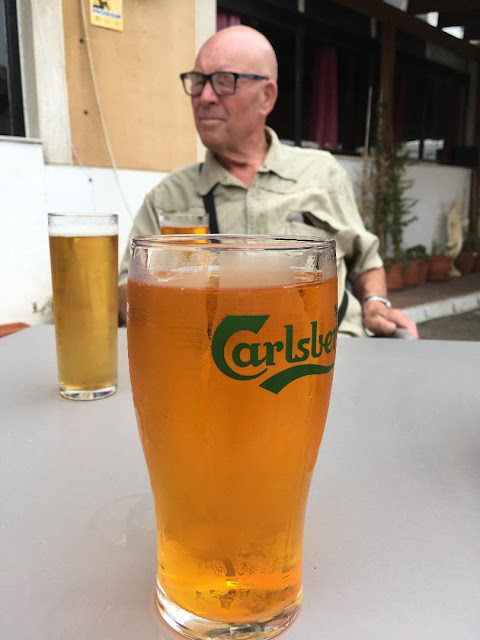 Here I am giggling with our friends. No I did not get drunk, but I believe cider has more alcohol than beer, so I only had that one glass. 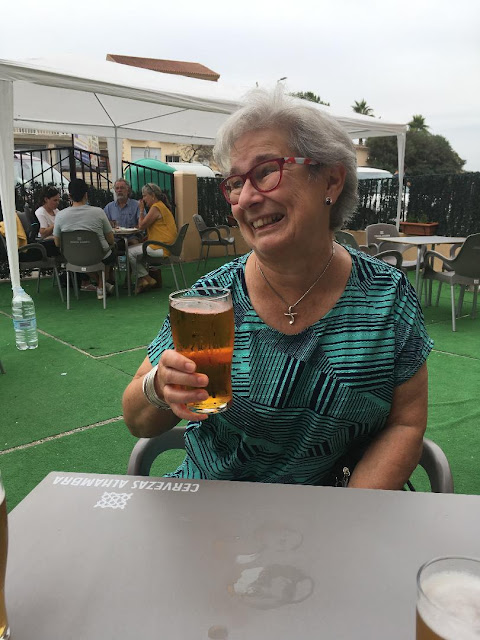 And the fish and chips were delicious!
That is it from me today.
Happy T-Day everyone!
Hugs,
Take care,
Lisca