Hello lovely peeps, Here we are again, getting ready for the T-Party organized by Elizabeth and Bleubeard. Come and join us, all you need is an image of a beverage or a reference to a drink.

I'm starting with my postcard. This one arrived in February and comes from Romania. I think it is the first card I have received from that country. It was sent by Anna who lives in Bucharest. The card shows images of the Danube Delta. 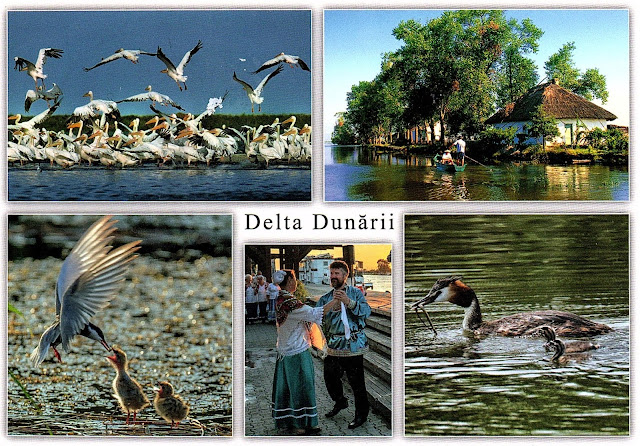 Wikipedia writes this: The Danube Delta  is the second largest river delta in Europe, after the Volga Delta, and is the best preserved on the continent. The greater part of the Danube Delta lies in Romania (Tulcea County), with a small part in Ukraine (Odessa Oblast). Its approximate surface area is 4,152 km2 (1,603 sq mi), of which 3,446 km2 (1,331 sq mi) is in Romania. With the lagoons of Razim–Sinoe (1,015 km2 (392 sq mi) with 865 km2 (334 sq mi) water surface), located south of the main delta, the total area of the Danube Delta is 5,165 km2 (1,994 sq mi). The Razim–Sinoe lagoon complex is geologically and ecologically related to the delta proper and the combined territory is listed as a World Heritage Site.
Here is a little map to show you where it is: 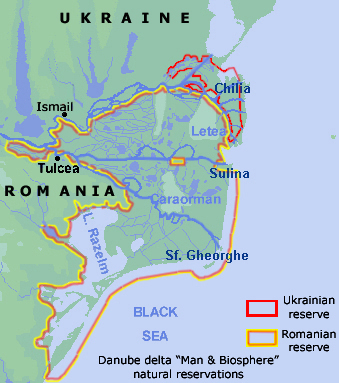 She has used some beautiful stamps: 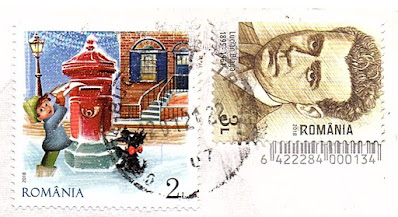 The stamp on the right features Lucian Blaga.
Lucian Blaga (1895-1961) is judged by many to be Romania's most original philosopher and greatest poet of the twentieth century, little known in the English-speaking world. He was also a translator and a diplomat. 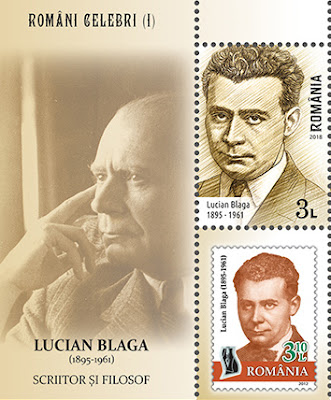 I don't think I have a photo of a beverage for you this week, but I do have two jokes about drinks: 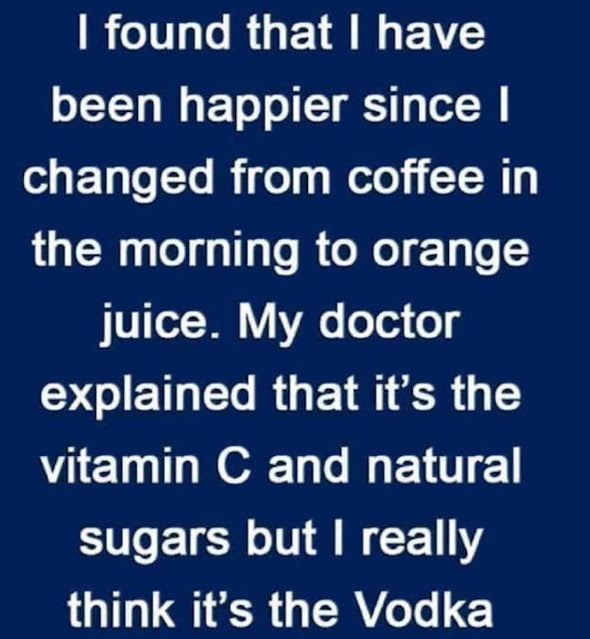 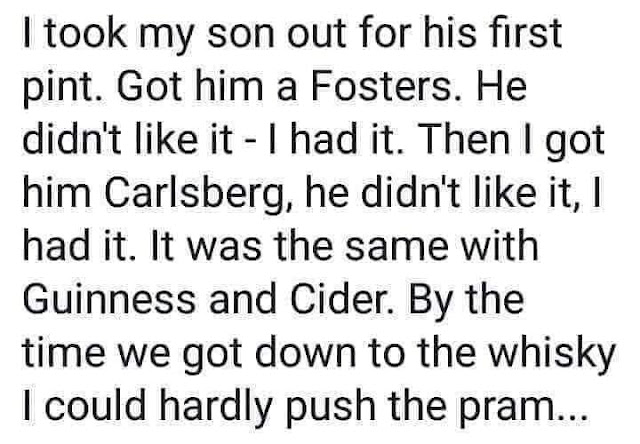 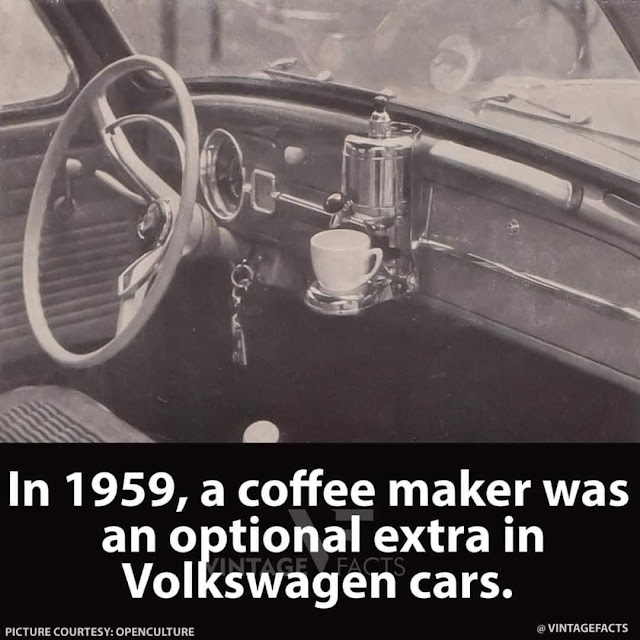 I would like to tell you about a book I have just finished reading. It's called Above the bay of Angels by Rhys Bowen.
Isabella Waverly only means to comfort the woman felled on a London street. In her final dying moments, she thrusts a letter into Bella's hand. It's an offer of employment in the kitchens of Buckingham Palace, and everything the budding young chef desperately wants: an escape from the constrictions of her life as a lowly servant. In the stranger's stead, Bella can spread her wings. Arriving as Helen Barton from Yorkshire, she pursues her passion for creating culinary delights, served to the delighted Queen Victoria herself. Best of all, she's been chosen to accompany the queen to Nice. What fortune! Until the threat of blackmail shadows Bella to the Riviera, and a member of the queen's retinue falls ill and dies. Having prepared the royal guest's last meal, Bella is suspected of the poisonous crime. An investigation is sure to follow. Her charade will be over. And her new life will come crashing down--if it doesn't send her to the gallows"--Provided by publisher.
Then I found this most interesting article about the making of the book:

The Making of a Story: Rhys reveals the truth behind Above the Bay of Angels.

RHYS BOWEN: I exactly one week today my new book, ABOVE THE BAY OF ANGELS, will be published. It's set in the city of Nice on the French Riviera and it is a story about Queen Victoria and a young woman who cooks for her.
So how did I get involved with Queen Victoria. My usual focus is on the first half of the Twentieth Century, especially the two great wars. I had no intention of going further back in time and no particular interest in Queen Victoria. So this story came about entirely by lucky accident. 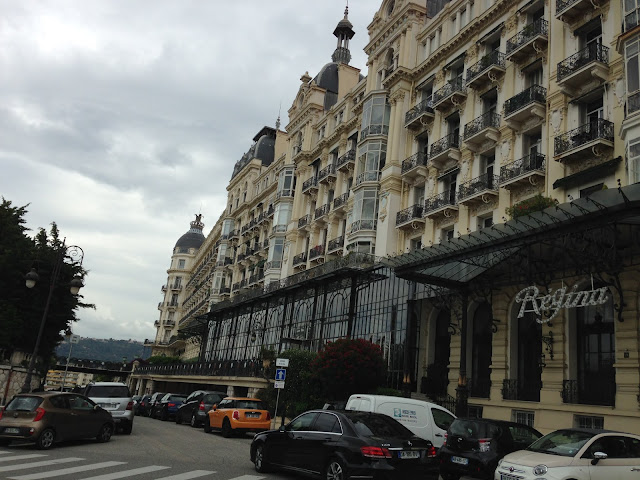 I was in Nice a few years ago and visiting Roman remains up on a hillside above the town. We saw this beautiful big white building stretching across the hillside. It had the words Excelsior Regina on it. A gardener was working in the garden and I asked him if it was a hotel.
"No Madame," he said. It was now apartments but it used to be a hotel because it was "built for your queen."
"For Queen Elizabeth?" I asked. 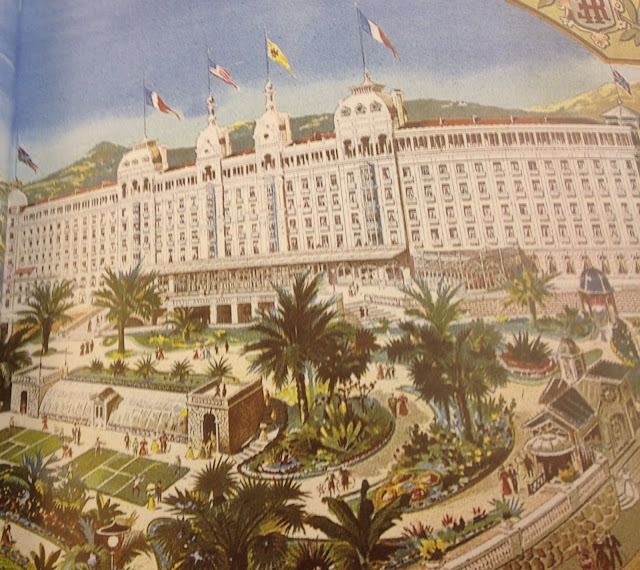 He shook his head. "No madame. For Queen Victoria."
That was the first time I learned that Queen Victoria had visited the South of France. So I started delving into this and discovered that she had spent her winters there during the latter years of her life. So a clever businessman had built this hotel for her, hoping to lure the rich and famous from the rest of Europe to Nice as a winter destination. Victoria came on a private train with her bedroom furniture, her maids, footmen, cooks, ladies and gentlemen... oh, and a regiment of Highland Pipers, and then said, 'I don't want anybody to know I'm the queen." 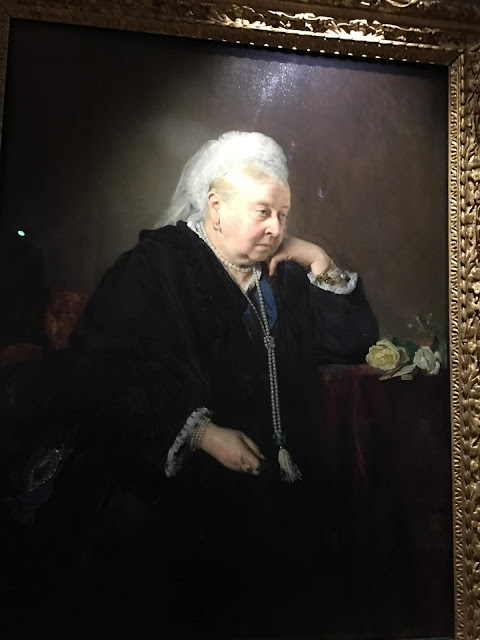 Don't you think the private train, retinue of 100 and the pipers were a bit of a give-away?
Then she said, "I want to be known as simple Lady Balmoral while I'm here." Yes, right.
I found all this fascinating. The more I dug, the more I realized I had the makings of a good story. In 1897 there was scandal as she insisted on bringing her Indian servant, Abdul Karim with her. Her gentlemen realized he was a dangerous man who was privy to too much sensitive information and passing it along to the head of the Muslim League in India. In spite of their threats she still brought him with her and there were discussions on how to get rid of him! Also her son, the Prince of Wales, thought she'd gone senile and was trying to come up with a way to remove her from the throne.
So plenty of intrigue to write about.
Then I thought: she's coming to a new hotel with French chefs AND she brings her own cooks. How stupid is that? And I went one stage further: what if one of her cooks was a young woman with a terrible secret and becomes involved in a murder plot? And so Above the Bay of Angels was born! 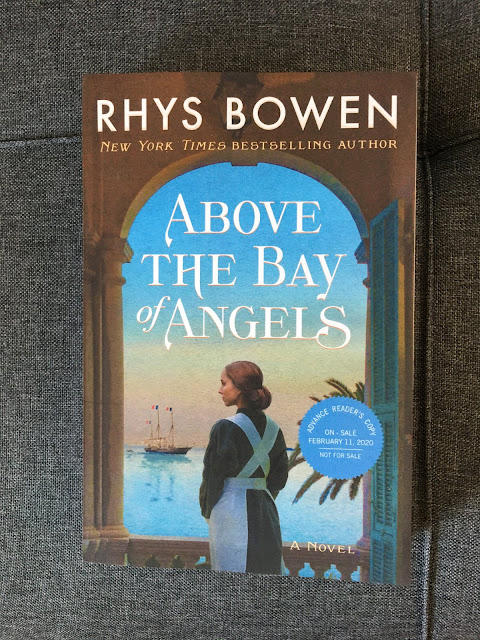 I came back to Nice and started research in detail. I found a helpful librarian and the main library who dug out amazing stuff including the plans and brochure when the hotel was first build and who stayed on which floor.  Then I really hit pay-dirt. In a small bookstore in Antibes I found a locally published volume on Queen Victoria in Nice. It listed who accompanied her, who she visited, who came to stay, where she went on excursions etc etc. Perfect.

The other book I have read is Fatal Promise by Angela Marsons. It is number 9 in a series but i hadn't read any of the previous books. 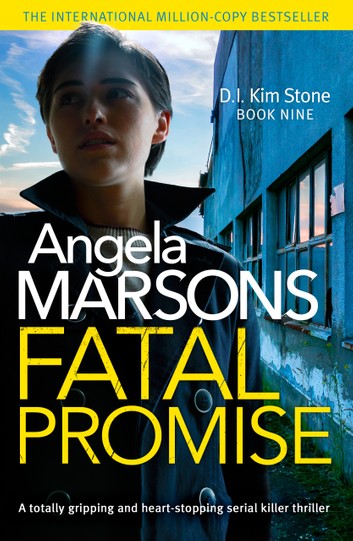 Kim and her team are back. This story begins with a violent murder that has links to the previous case. They have a new team member but the team are still dealing with their grief from the previous case. They are also looking for a missing schoolgirl. The theme of this book is grief and how people react to their emotional pain in different ways. The murder case builds up slowly but is the team dealing with a serial killer? The victims keep coming, but just how are they connected?

Another lovely book was All the Lonely People by Mike Gayle. It's about a Jamaican who had come to the UK in the 1950s. The book starts when he is old and widowed. 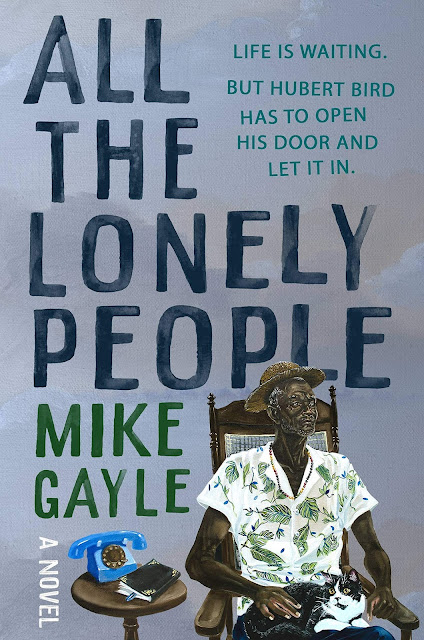 In phone calls to his daughter in Australia, widower Hubert Bird paints a picture of the perfect retirement, packed with fun and friendship.
But Hubert Bird is lying.
Something has made him turn his back on people, and he hardly sees a soul.
So when his daughter announces she's coming to visit, Hubert faces a race against time: to make his real life resemble his fake life before he's found out.
Along the way Hubert renews a cherished friendship, is given a second chance at love and even joins an audacious community scheme. But with the secret of his earlier isolation lurking in the shadows, is he destines to always be one of the lonely people?
Lastly I would like to show you my little patio. It is tiny, but we love sitting there. I have lots of pots of geraniums and we have recently bought some berry bushes (in their infancy): 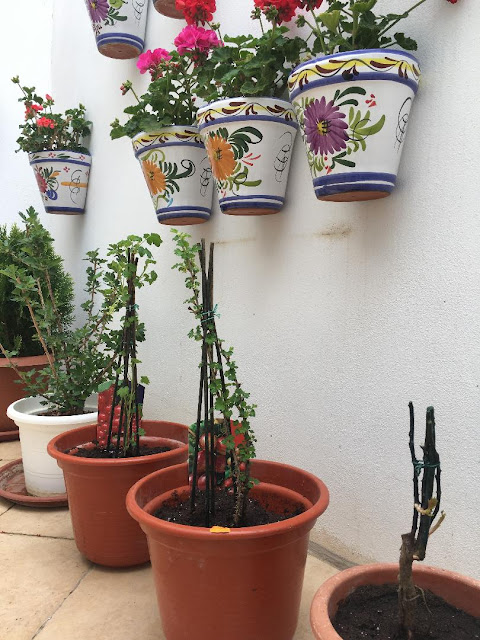 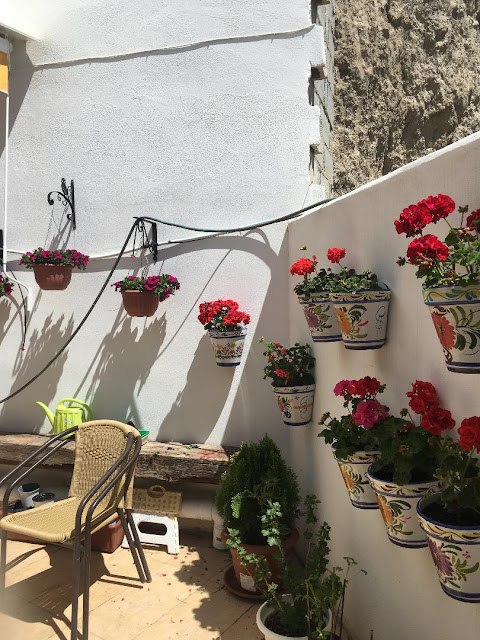 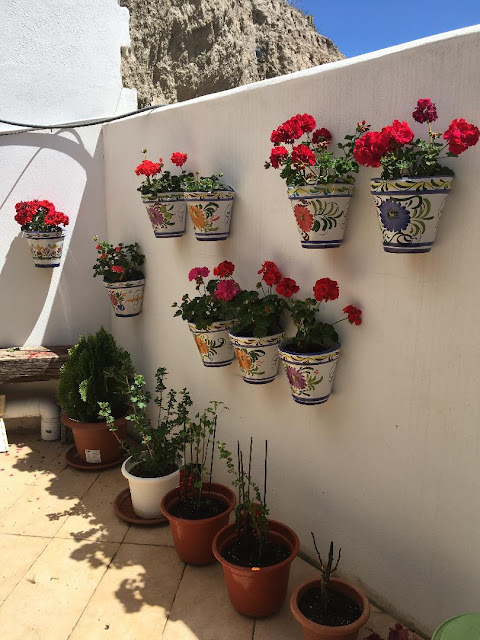 Hubby is doing OK (ish). The chemo is making him nauseous and we are working out a regime for that.
My friend and her granddaughter came round the other evening when I was sitting reading by the front door: 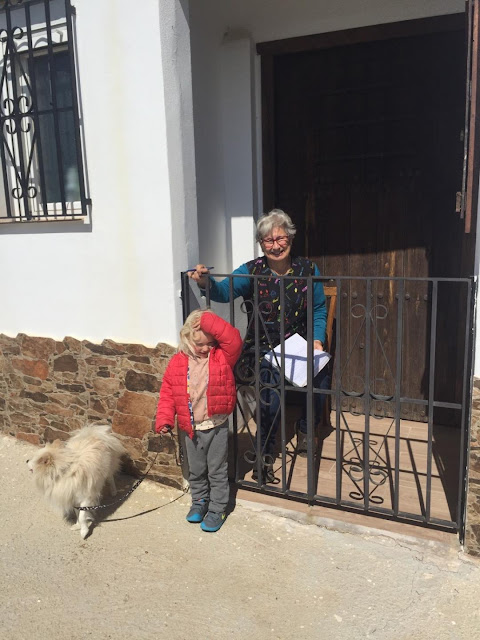 So I asked hubby to make an appearance: 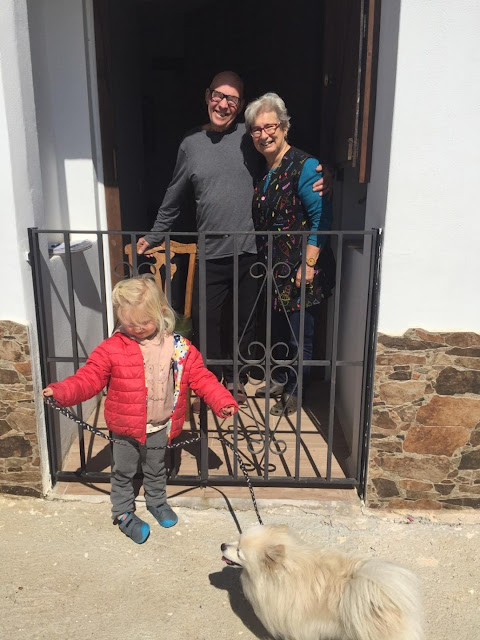 My friend brought me some flowers (pinks) 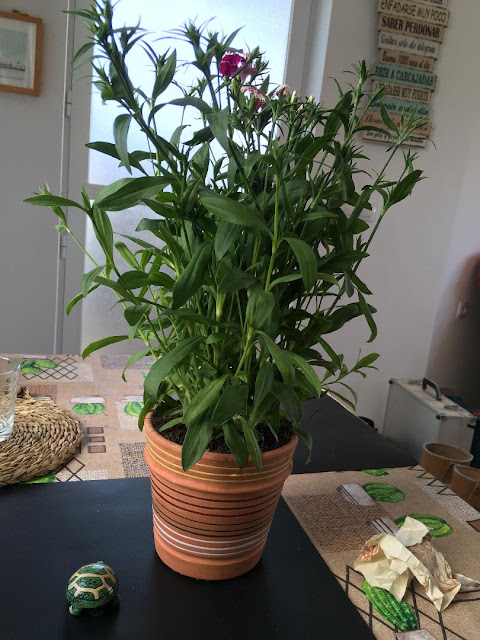 And a little tortoise: 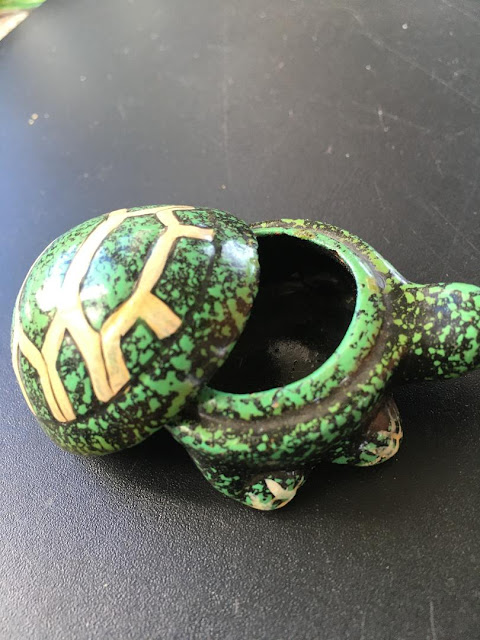 She knows I love my little tortoises. 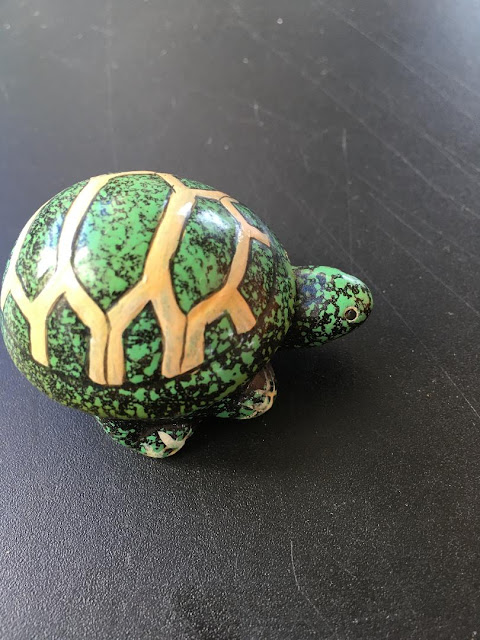 A belated birthday present!
That is it from me ladies,
Happy T-Day everyone!
Stay safe,
Hugs,
Lisca