It's Friday again and it's always nice to look back upon the week and count your blessings and give thanks for all the good things in life. Life is good, and there is always a silver lining whatever your circumstances.

I would like to show you some postcards I received and then show you what i have been doing this week. At the end there will be some funnies I collected along the way (from the Internet).

As it was King's Day in the Netherlands this week (the King Willem-Alexander's birthday), I thought I'd show you something Dutch.

I received this card in February. All typical Dutch things and this card filled me with nostalgia. I will tell you what each thing is, but if that doesn't interest you, feel free (and I don't blame you) to skip this bit. 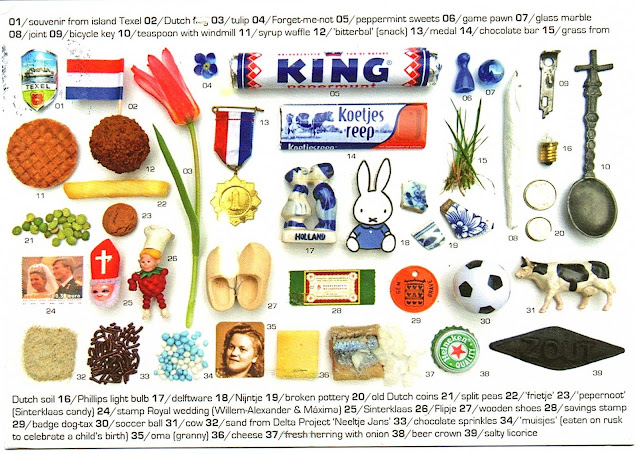 01: Souvenir from the island Texel (one of those things you attach to your walking stick). 02:Dutch flag. 03: Tulip. 04: Forget-me-not. 05: A roll of peppermints. 06: Game pawn. The Dutch like their board games. 07: A glass marble. I used to play marbles as a child but I guess it's gone out of fashion. 08: A joint (perfectly legal in the Netherlands). 09: Key to the bicycle lock. 10: Pewter teaspoon with windmill. (Every family has at least one). 11:Stroopwafel. (Famous thin waffles with syrup). 12:Bitterbal (croquette type snack). 13:medal. 14:Chocolate bar. 15:Grass from Dutch soil. 16: Phillips light bulb. (Traditionally made in Eindhoven). 17: Delftware. 18: Nijntje. (In English: Miffy. Miffy is a fictional rabbit appearing in a series of picture books drawn and written by Dutch artist Dick Bruna). 19: Broken pottery. 20: Dutch coins. 21:Split peas. (We make our famous pea soup with that). 22: Frietje (French fry). 23:Pepernoot (Small candy typical of Sinterklaas celebrations). 24: Stamp of Royal Wedding (King Willem-Alexander and queen Maxima). 25: Sinterklaas (Celebrated on the 5th of December, on the eve of St Nicholas). 26: Flipje (The mascot of a jam factory, and character of children's stories). 27: Clogs. 28: Saving stamp from the Van Nelle coffee. 29: Dog tax badge from Amsterdam. 30: Soccer ball. 31: Cow (Friesian). 32: Sand from the Delta project 'Neeltje Jans'. 33: Hagelslag (chocolate sprinkles, which the Dutch eat on bread.) 34: Muisjes (Eaten on a rusk to celebrate a child's birth. Can be pink or blue). 35: Oma (Grandma). 36: Cheese. 37: Fresh herring with onions. 38: Heineken beer bottle top. 39: Salty licorice.

The fun bit is that there is a stamp of this image as well.
Then here is a lovely postcard of the beautiful Audrey Hepburn. Audrey Hepburn (born Audrey Kathleen Ruston; 4 May 1929 – 20 January 1993) was a British actress and humanitarian. She was half Dutch. 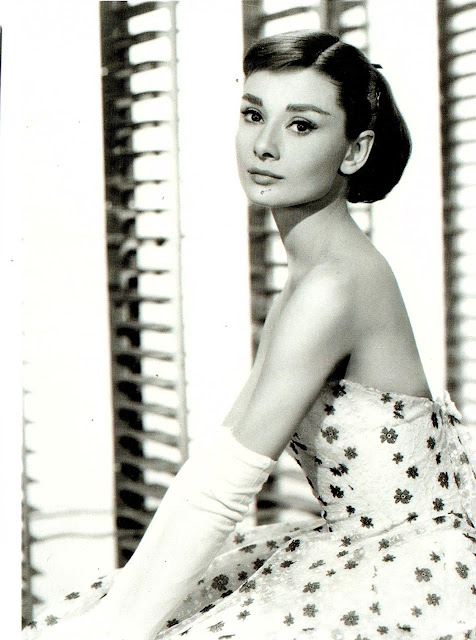 Wikipedia : Hepburn's mother, Baroness Ella van Heemstra (12 June 1900 – 26 August 1984), was a Dutch noblewoman. Her father, Joseph Victor Anthony Ruston (21 November 1889 – 16 October 1980), was a British subject born in Auschitz, Bohemia, Austria-Hungary.  Hepburn's early childhood was sheltered and privileged. As a result of her multinational background and travelling with her family due to her father's job, she learned six languages: Dutch and English from her parents, and later varying degrees of French, German, Spanish, and Italian.

After Britain declared war on Germany in September 1939, Hepburn's mother moved her daughter back to Arnhem in the hope that, as during the First World War, the Netherlands would remain neutral and be spared a German attack. While there, Hepburn attended the Arnhem Conservatory from 1939 to 1945. She had begun taking ballet lessons during her last years at boarding school, and continued training in Arnhem under the tutelage of Winja Marova, becoming her "star pupil" After the Germans invaded the Netherlands in 1940, Hepburn used the name Edda van Heemstra, because an "English-sounding" name was considered dangerous during the German occupation. Her family was profoundly affected by the occupation, with Hepburn later stating that "had we known that we were going to be occupied for five years, we might have all shot ourselves. We thought it might be over next week… six months… next year… that's how we got through". In 1942, her uncle, Otto van Limburg Stirum (husband of her mother's older sister, Miesje), was executed in retaliation for an act of sabotage by the resistance movement; while he had not been involved in the act, he was targeted due to his family's prominence in Dutch society. Hepburn's half-brother Ian was deported to Berlin to work in a German labour camp, and her other half-brother Alex went into hiding to avoid the same fate.

After her uncle's death, Hepburn, Ella and Miesje left Arnhem to live with her grandfather, Baron Aarnoud van Heemstra, in nearby Velp. Around that time Hepburn performed silent dance performances to raise money for the Dutch resistance effort. 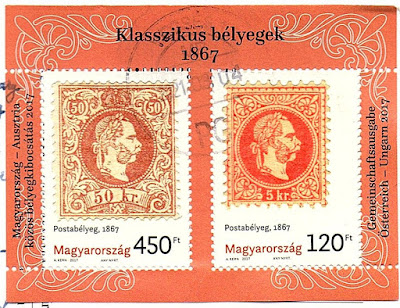 Because this card arrived from Hungary, there are some beautiful Hungarian stamps on it.
Now let me tell you about my week:
We had taken all the recycling out a few days before, but they had moved the container for used oil. Today I found it! (I didn't have any oil, but it's good to know where it is). 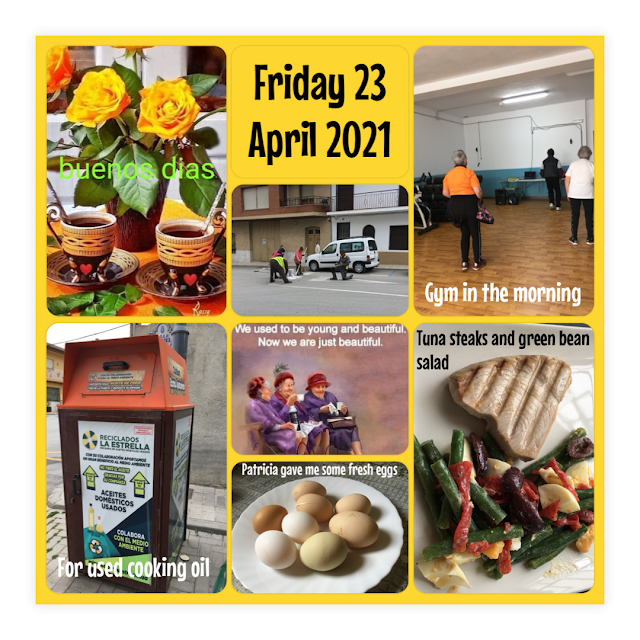 On Saturday I made this amazing (and so easy) Jamie Oliver quiche. It's made with filo pastry, eggs and broccoli. You can find the recipe on YouTube. He calls it 'Speedy Quiche'. 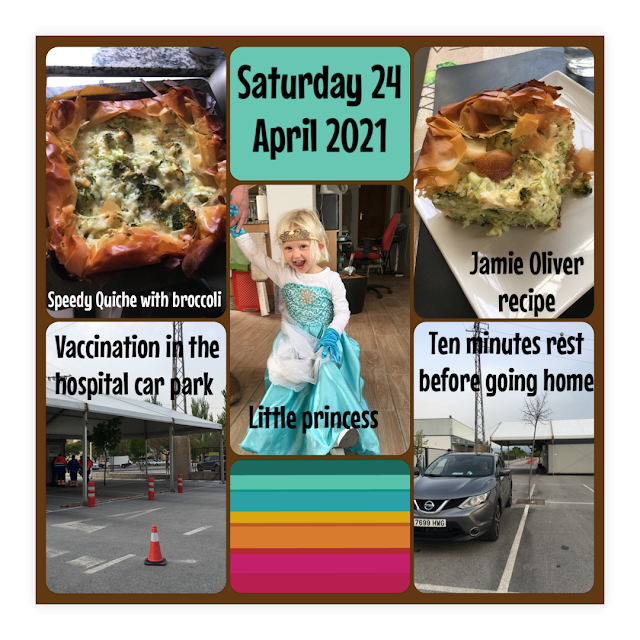 I got my vaccination on Saturday evening at the Baza hospital car park drive-in. There weren't many people and they injected me through the open car window, after registering my citizen number. I was given the Janssen vaccine with a piece of paper listing the possible side effects. I had a bit of a head ache after 24 hours and I felt a bit tired on Sunday evening, but otherwise nothing. 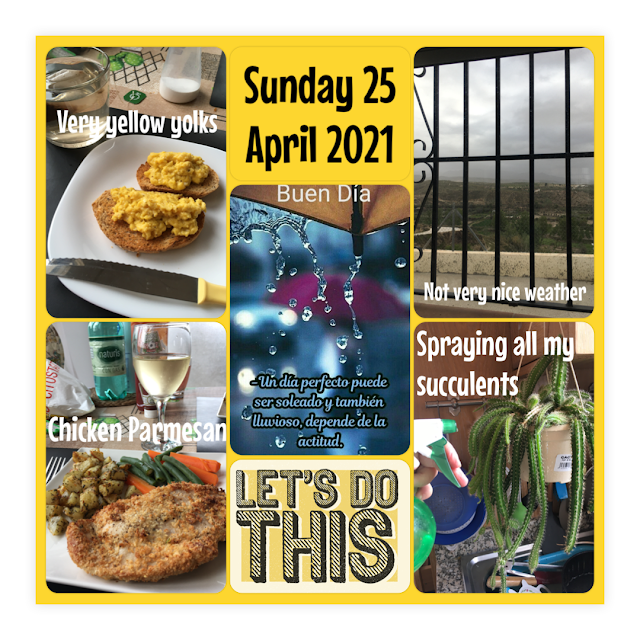 Still bad weather. I wish it would rain in stead of just being somber and overcast. 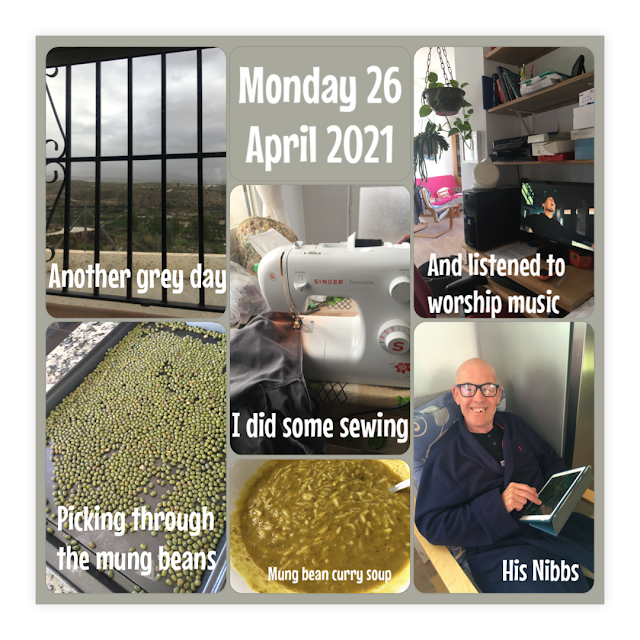 Monday was another indoor day (Apart from going to the gym). I made a mung bean curry which ended up being too wet, so it became a soup. 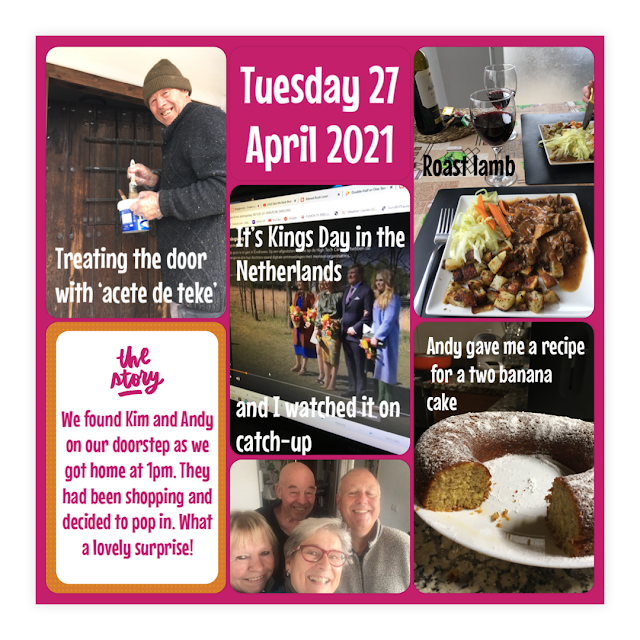 Tuesday was a great day. It was King's Day in the Netherlands, so I watched the proceedings (they were indoors because of Corona). Then our friends popped by totally unexpected, so we had a great catch-up. I had two ripe bananas, and our friend said: I do such and such with bananas. So I did as he told me and the result was an amazingly soft and fluffy sponge cake. 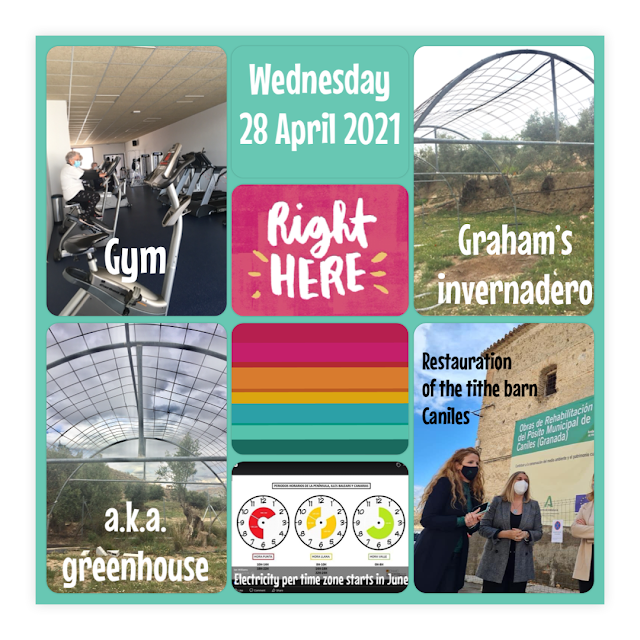 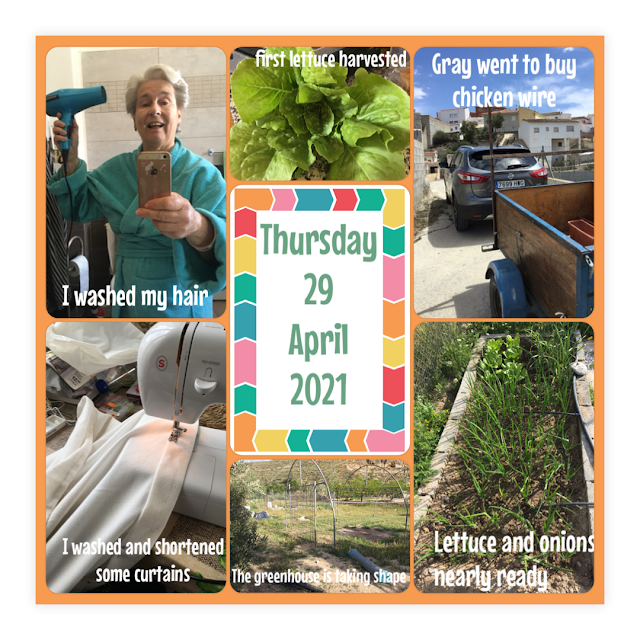 A blustery day on Thursday. I managed three washing machine loads as it all dries so quickly in the wind. That is a nice feeling and in the evening everything was folded and back in the cupboard. (And the curtain I washed and shortened is hanging up)
That was my contribution this week. Now let's hop over to Annie at A Stitch In Time and to Virginia at Rocking Your World Friday.
Have a lovely weekend,
Stay safe,
Hugs,
Lisca 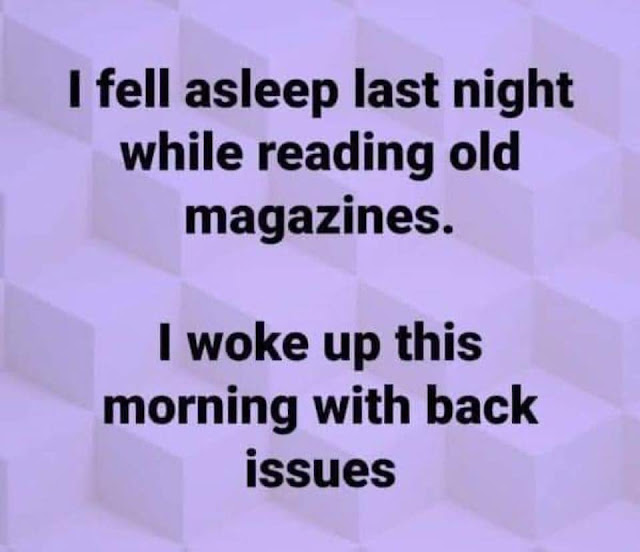 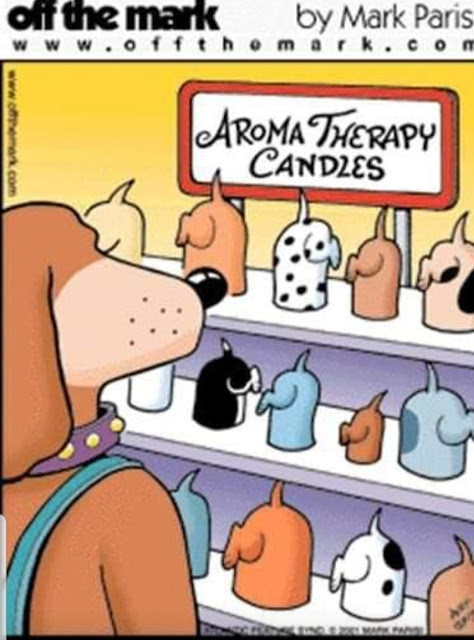 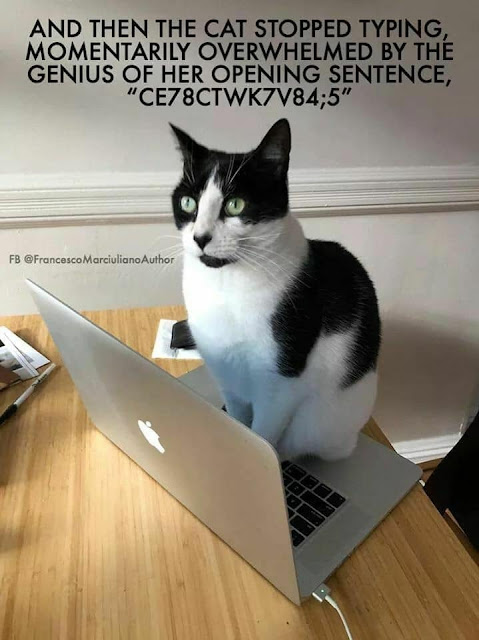 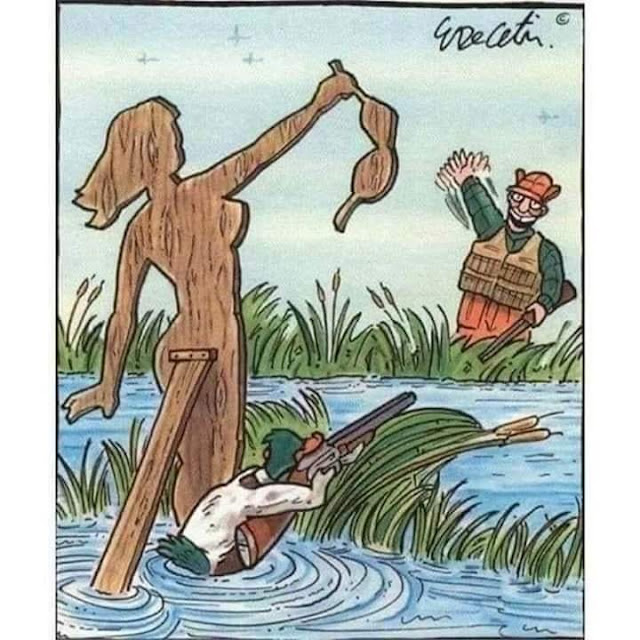 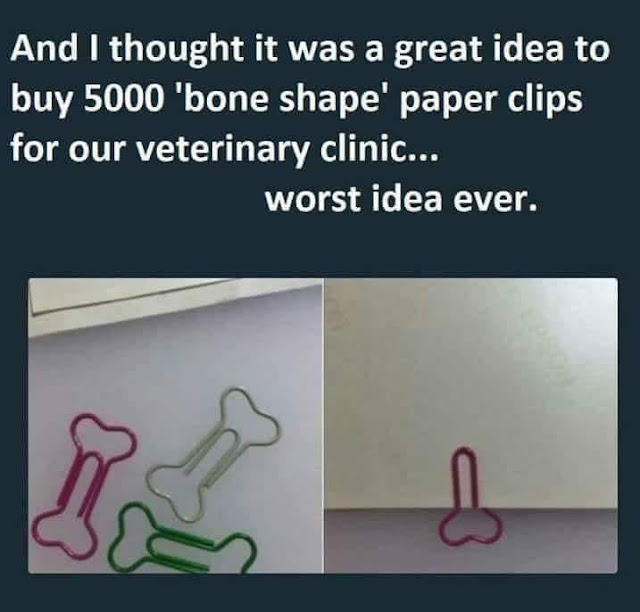 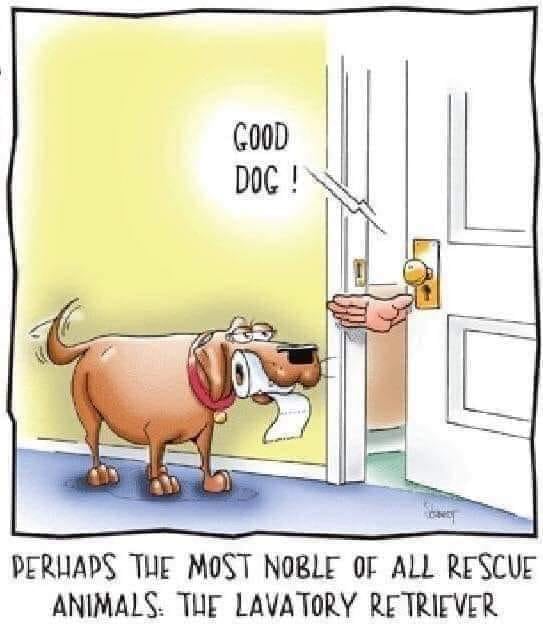 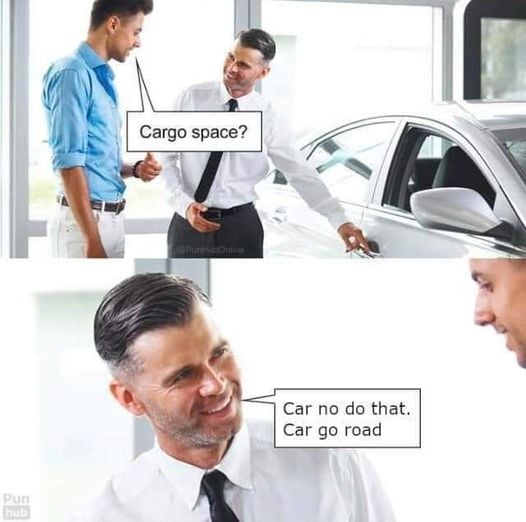 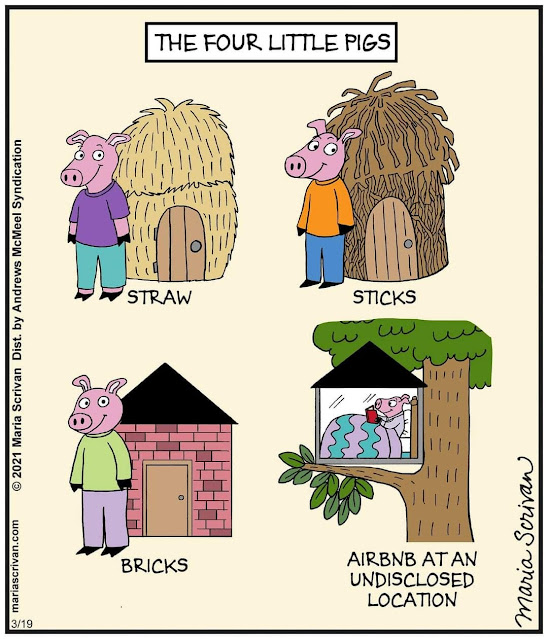 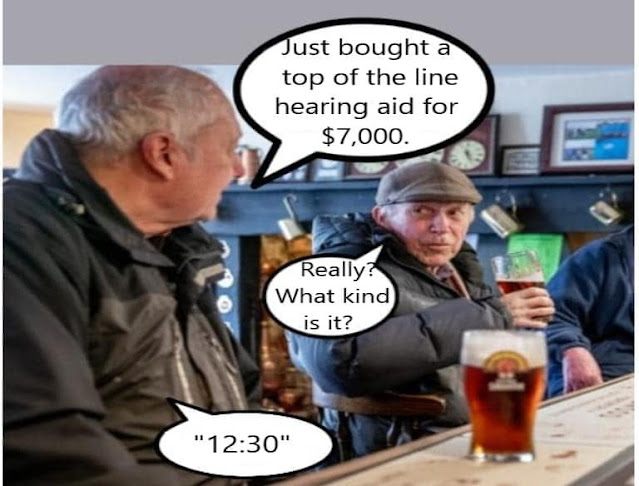 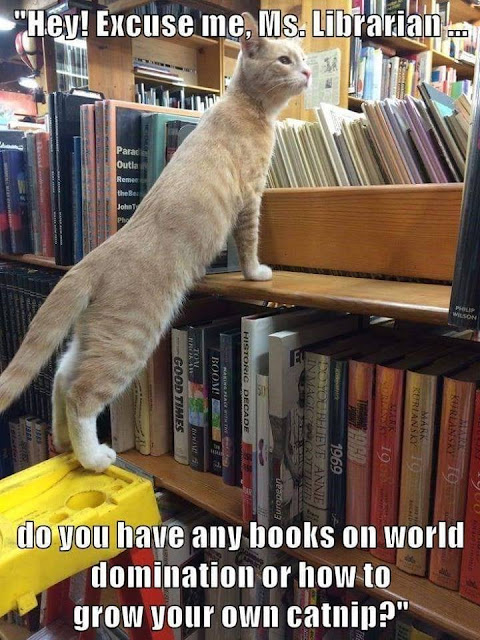 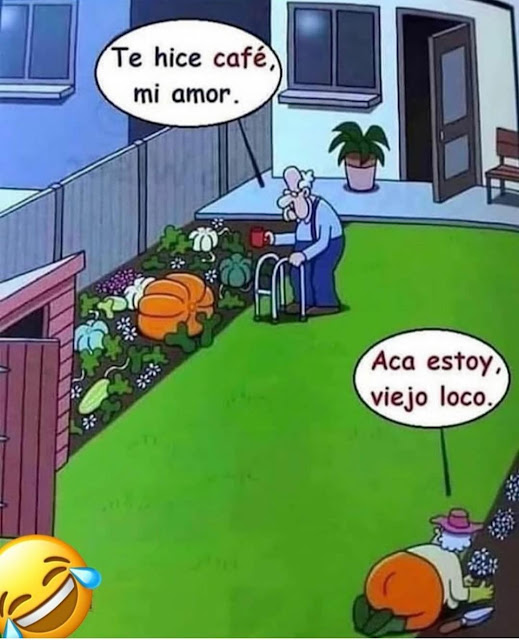 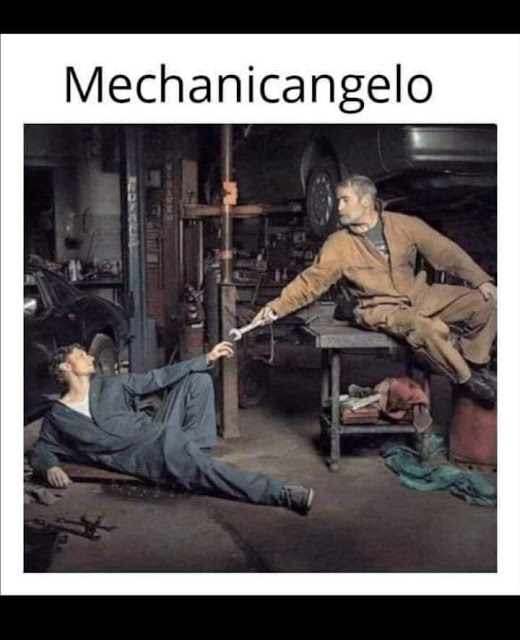 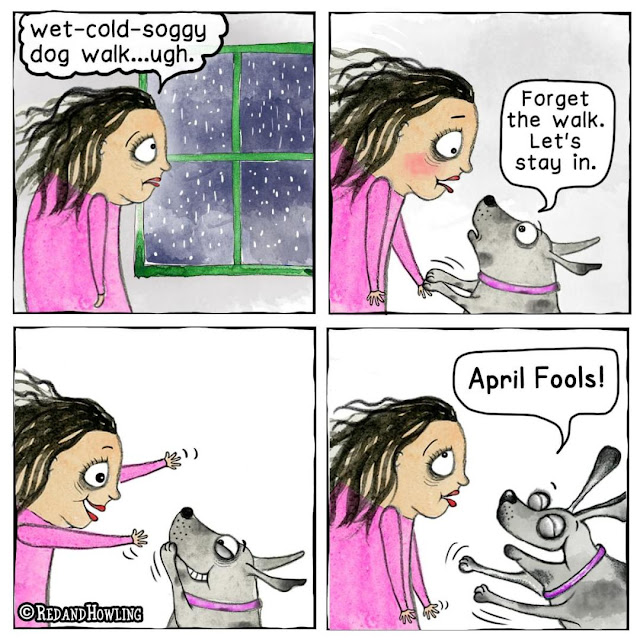 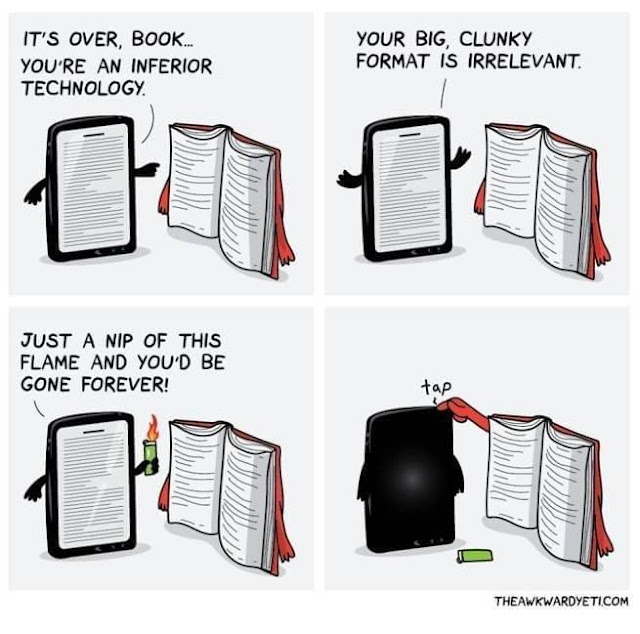