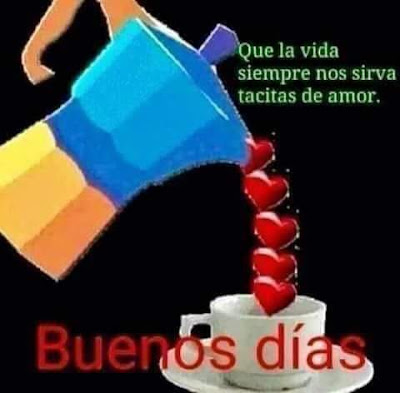 Good Morning!
"That life may always serve us little cups of love".

Here we are on Tuesday, ready to join the T-party, organized by Elizabeth and Bluebeard. Do join us with a blogpost that has a beverage in it.

As you know I usually start by showing you some of the postcards that i have received this week. This one comes from the USA and pictures the  French quarter of New Orleans. Isn't it pretty. I have never been to new Orleans and what I know of it is the devastation of hurricane Katrina. 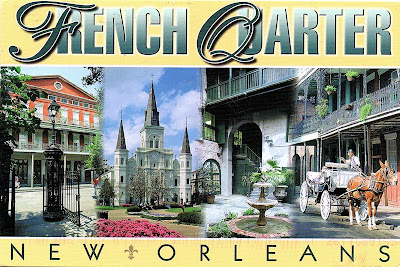 It was sent to me by someone who had visited new Orleans and had bought this card. The blurb on the card reads: "Along the narrow streets of the French Quarter, visitors discover lacey iron balconies, quiet courtyards, legendary old buildings and the historic St Louis Cathedral."

The stamps are lovely. 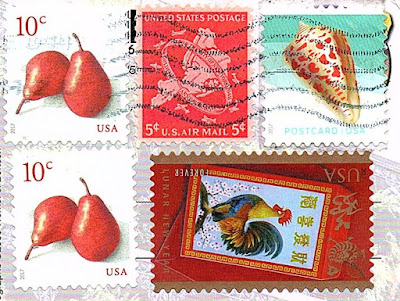 The red stamp bottom right is the 2017 Lunar New Year stamp, designed by Kam Mak and issued by the United States Postal Service. 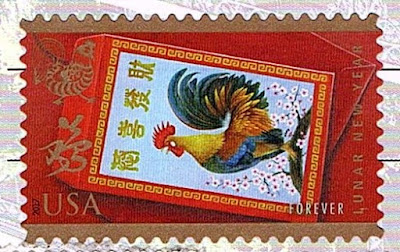 “We give red envelopes, called ang pao, to kids on the Lunar New Year, full of money, to protect them from evil spirits. If you’re over 30, you shouldn’t be taking red envelopes. It’s embarrassing. It’s for kids.”
The other red one is interesting as it looks quite old. I looked it up and it is a was issued in 1948: 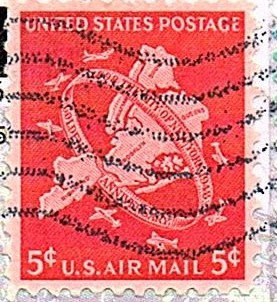 This 1948 5¢ New York City Jubilee stamp commemorates the 50th anniversary of the consolidation of New York’s five boroughs  into a central government of New York City, encompassed by wedding ring as symbol of its incorporation. It was the first airmail stamp to commemorate an event not related to airmail history.

The seashell stamp was issued in 2017 and features an Alphabet Cone: The word "POSTCARD" on the stamps indicates their usage value. Like a Forever® stamp, these stamps will always be valid for the rate printed on them. 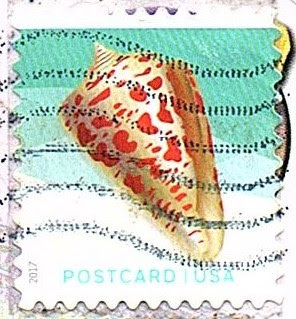 The next card comes from Russia. I have put in my profile that i love cooking, so people sometimes send me recipes. This card is about a soup called borscht. 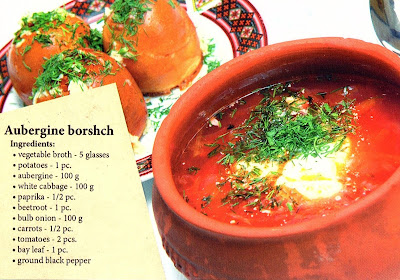 The ingredients are on the front and  the recipe is on the back:

There was hardly any room left to write as there were so many stamps on the back, and they are really stunning. I always research the stamps because I find them really interesting.

I don't collect stamps or know much about them, but as i scan these to show you, I find the designs pretty and fascinating. So I go to good old mr Google and look for some more info....

The brown one on the left celebrates the 225th Anniversary of the Insurance industry in Russia.

And the pretty lady with the elaborate hat is from the series Culture of Russian people - National Head dress - Middle of XIX Century, Nizhniy Novgorod Province. 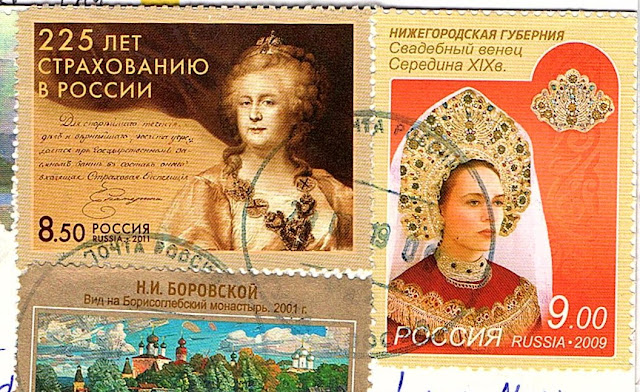 The stamp with the flowers is a joint Russia & PDR of Korea issue: Gladiolus gandavensis.
The stamp on the left with the building features the Pekrovsk Cathedral. 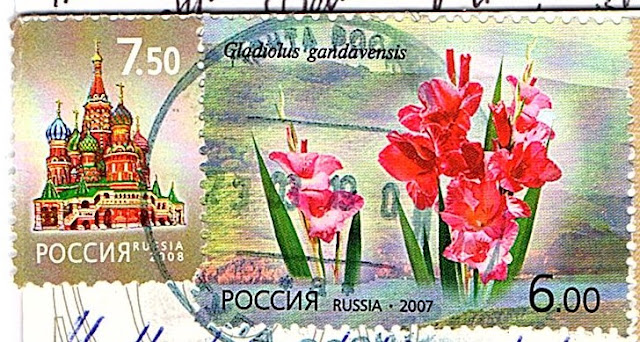 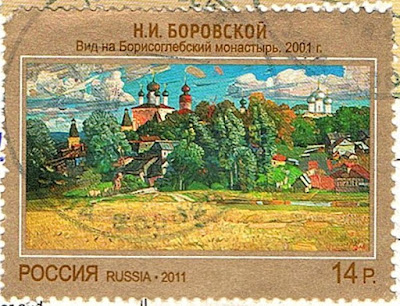 I have been sending a lot of postcards this week and I have written some letters. Remember I said I had downloaded some letter art. Well here are some more. I coloured them with normal coloured pencils (I don't think I've done any colouring since infant school!). These two letters are on their way as from today. 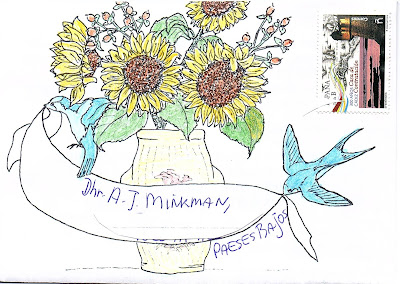 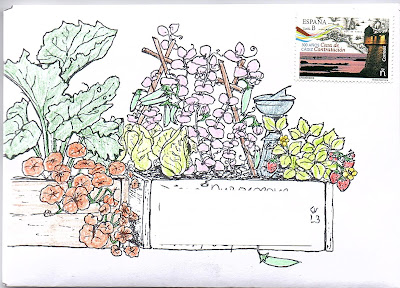 Apart from writing cards and letters and playing my favorite online game Elvenar we haven't been up to much. The weather is absolutely foul. Storm raging, rain and mist. Snow on higher ground. Typical weather to stay indoors.

Luckily there is always some sun during the day, and I was able to take this photo out of the window to show you that there is snow in the sierra (I know they don't look very high, but we are on 3000ft, so they looks like little hills) 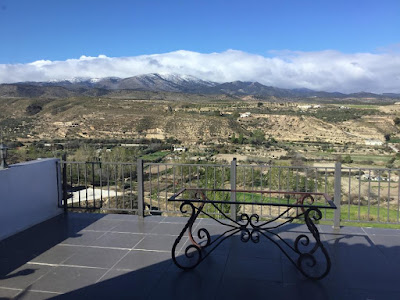 I am a member of the local photo club and last month the theme was 'old age'. After everyone had entered their photos, we gather at the pub and go through the photos to discuss them. I am the third on the right with an orangey cardigan. 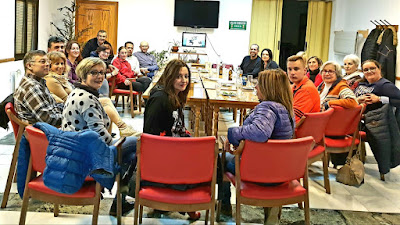 My photo was one of my mum (95) that I had taken in Holland when I was visiting. A cousin of mine has photo equipment such as lights and a black curtain. She did a photo shoot, but when she had finished she let me take some with my camera. This is the result: 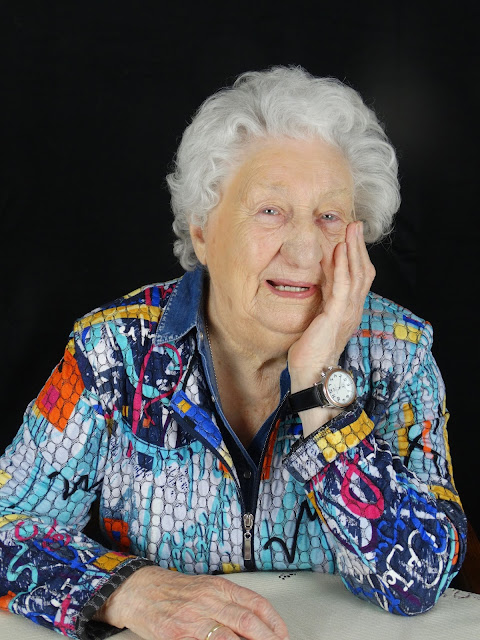 Unfortunately my photo got disqualified as I had reduced it, but I had reduced it too much. They had changed the parameters for 2019 and I hadn't cottoned on. Oh well...

But we did have drinks and tapas with some friends  this week: 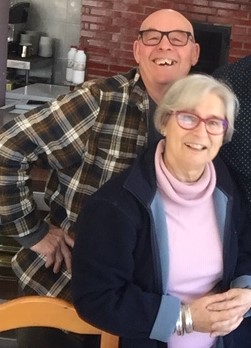 And breakfast in town one day. I had my usual 'cafe cortado' and hubby had his 'cafe con leche'. With tis coffee I am joining the T-Party! 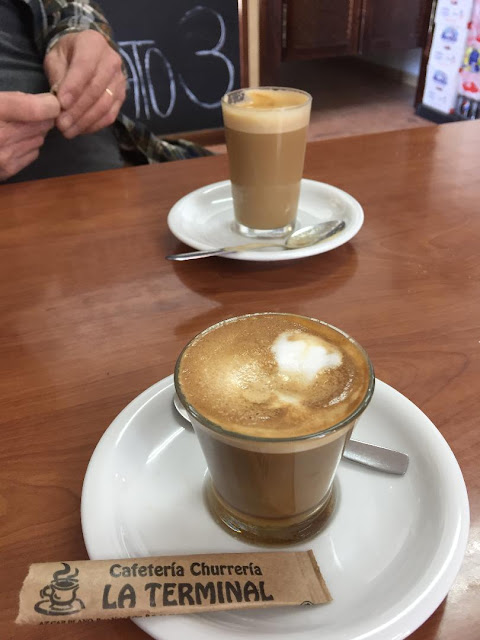 That's it from me for today. I wish you all a very happy T-Day.
Many blessings,
Lisca