Hello lovely ladies,
Here we are again on Friday to share what has made us smile this week. I shall be linking up with Annie at A Stitch In Time and with Virginia at Rocking Your World Friday.

To get postcards in my mailbox always makes me smile. And one ofmy favorite cards are map cards. This week I received a map card from Malaysia: 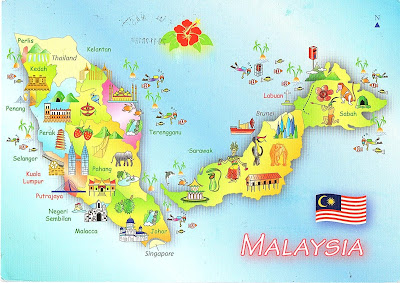 The info on the card reads: Malaysia consists of 13 states and 3 federal territories. Two similarly sized regions, peninsular Malaysia and East malaysia are separated by the South China Sea.
The stamp is interesting too. It has the name Negaraku in the top right corner. So of course I had to look up who he is/was. Well... it is not a person, but the Malaysian national anthem! 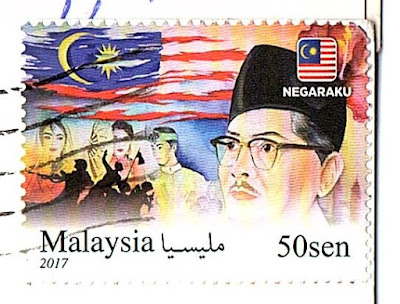 Wikipedia says: Negaraku (English: My Country) is the national anthem of Malaysia.  The tune was originally used as the state anthem of Perak, which was adopted from a popular French melody titled "La Rosalie" composed by the lyricist Pierre-Jean de Béranger.

The card was sent on the 26th of November and has Merry Christmas stickers on it. But I only received it this week.

Then I also received this card from Germany. It is an image from the Burgh castle museum, and it shows the castle chapel. It's all very baroc and over-the-top  for our modern tastes, but I suppose it is very beautiful. The chapel features the Silbermann organ. 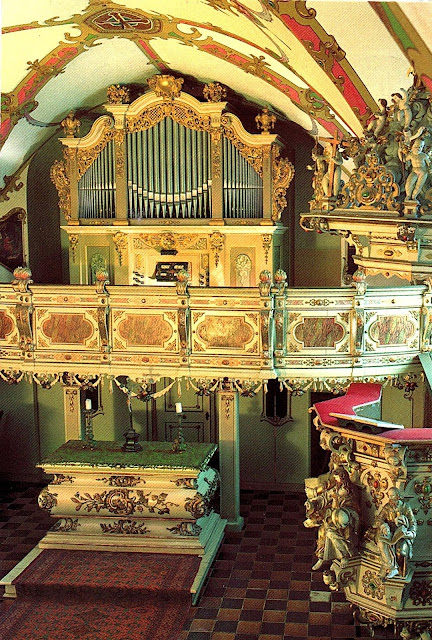 Wikipedia writes:
Gottfried Silbermann 1683-1753 The organs that Gottfried and his brother Andreas Silbermann built show a clear and distinctive style, both in architecture and in their music qualities. Silbermann never deviated from this style. His organs are characterised by the use of strong reeds, a broad range of stops, and pipes with a high tin content, which adds a distinctive brightness to the tone. Silbermann died in Dresden in 1753, probably as the result of a tin-lead poisoning.

I like the stamps. They feature Saxon Switzerland (German: Sächsische Schweiz) which is a hilly climbing area and national park around the Elbe valley south-east of Dresden in Saxony, Germany. 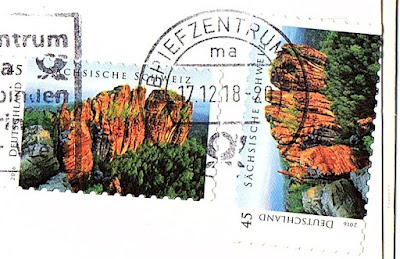 So, what was my week like? On Friday evening we went out with our friends to celebrate her birthday: 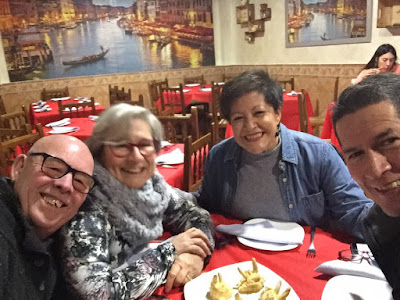 And Saturday was the inauguration of the photo exhibition in our village. All the photo clubs from the province of Granada were represented. (I'm not in the photo) 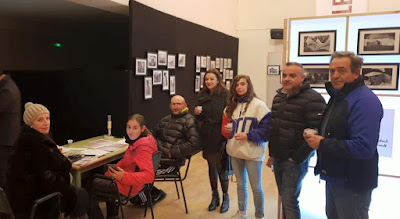 Sunday we went to church and we had a nice dinner. On Monday we went into town to do some shopping. I wanted some baskets to use in my new cabinet. So we went to the Chinese (sort of poundshop or dollar store) and bought ten little baskets. 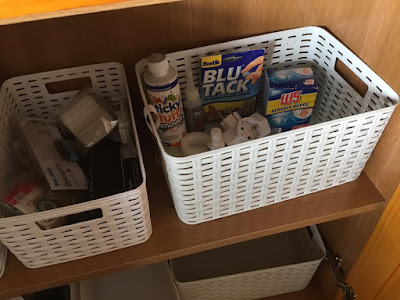 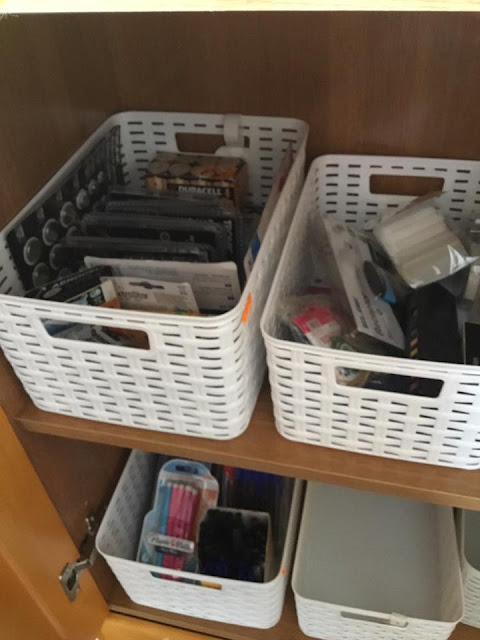 I designed the cabinet myself and I purposely created a space for our two coffee machines (near a socket). Hubby has the 'grind and brew' and I have the Senseo with the pads on the left. I like Cappuccino Choco, which I bring back from Holland. I have three packs. When they finish I will go back to normal coffee. 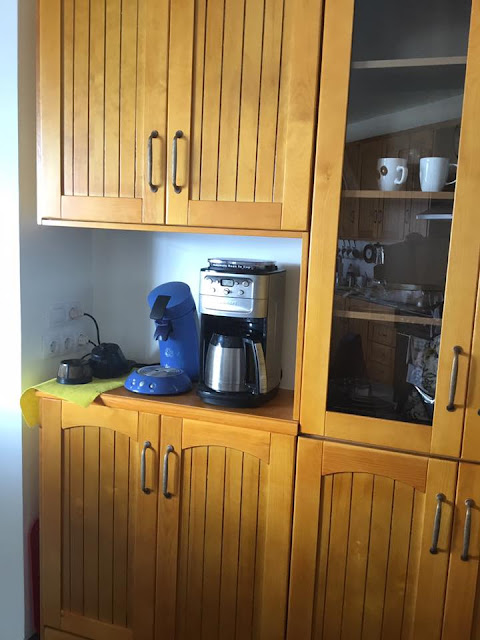 Monday night is usually spent at our weekend cave house. There is a TV and a DVD player and a cupboard full of DVDs, many of which we haven't watched yet. We decided to watch La Vie En Rose about the life of Edith Piaf. I enjoy her singing, so it was interesting to learn of her (hard) life. It was very well acted. 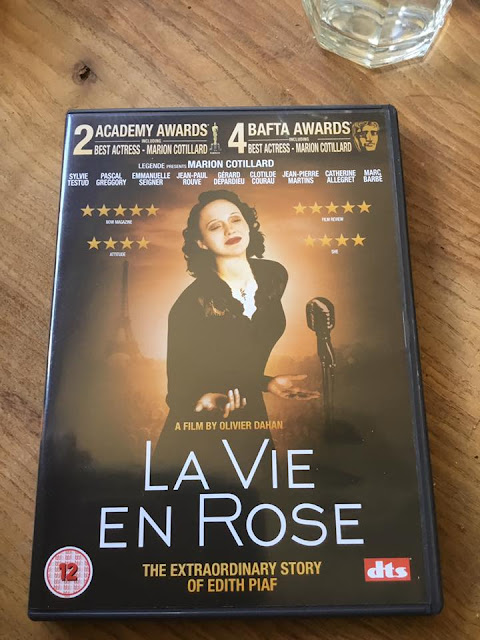 On Tuesday we went and had lunch at our regular restaurant. (photos on my Tuesday blog) and in the evening we had a prayer meeting.
I can't remember what I did on Wednesday, but Thursday is my 'play-day'. Hubby lights the fire in the craft room and I spend the whole day there (apart from meal times). I did my jigsaw and did some scrapbooking.

This is an old photo from 1976. I'm on the left in this four generations photo. 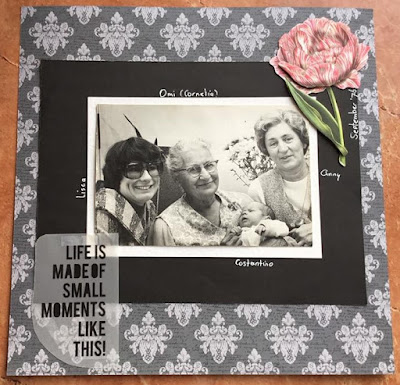 This St Ives page was one I had done before but I wasn't happy with it. So I took it apart, and rearranged it and gave it a different background paper. I've hidden the journaling behind the main bit. Much neater now. 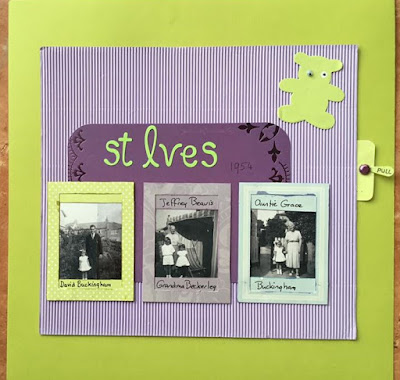 The last one is hubby on his birthday party in the tropical bird park in the UK, two years ago. He wanted to make his 70th birthday special and we went to this bird park with all the children and grandchildren. The weather was awful but it was fun.
I'm not happy with this page either as the letters are too big, but once I'd started writing, of course I had to continue. 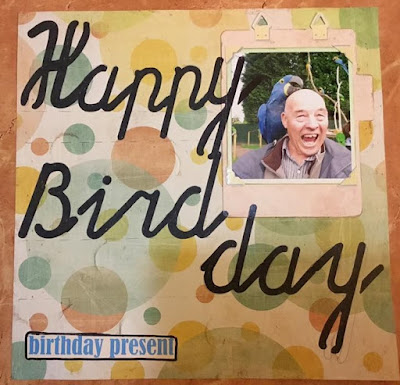 That's it folks.
Wishing all of you a fab weekend with lots of smiles.
Hugs,
Lisca

Here is a bit of street art to make you smile and after that some funnies as usual. 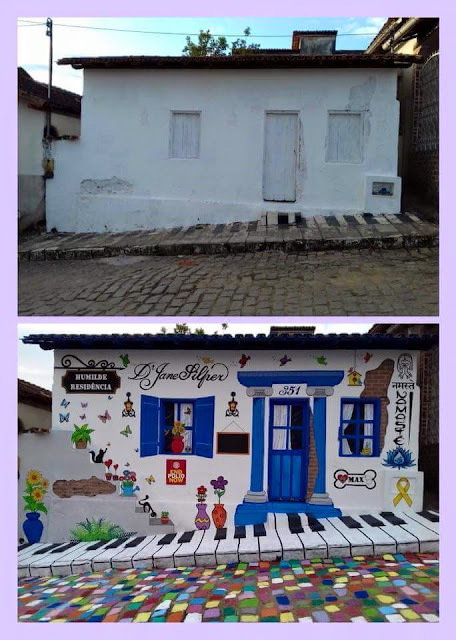 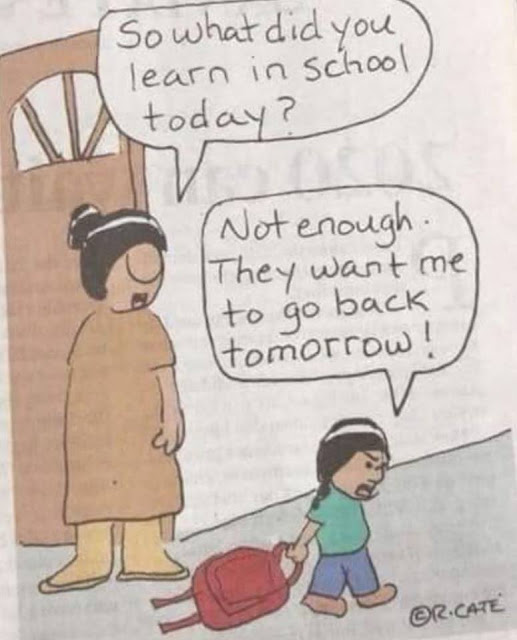 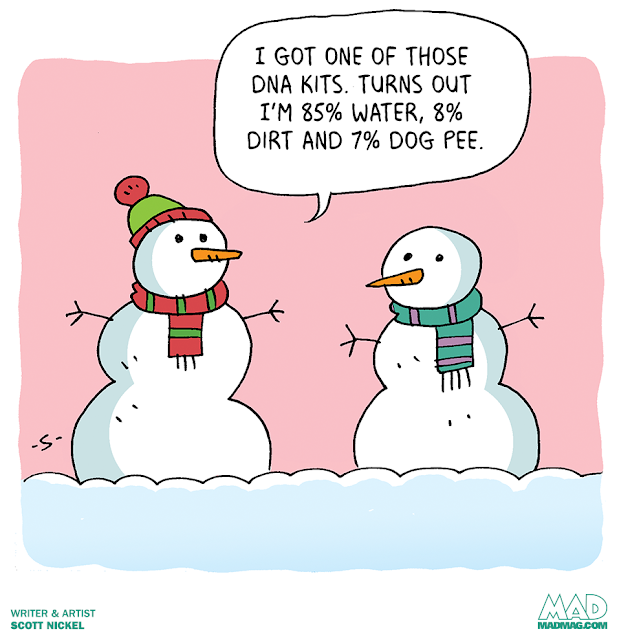 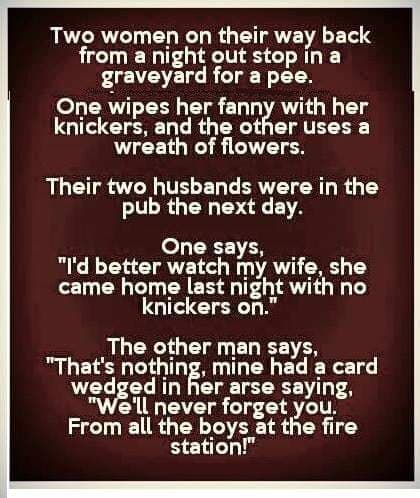