Hello Friday friends!
Happy 2019. Away with the old year and all its problems, difficulties and sad times. Lets look forward to a new year full of promise and expectations.

I hope Annie will be back to show off her lovely grandies, and I look forward to reading about Virginia's visits to stately homes and sculpture parks.

Let me show you some postcards that I received before we left for the Netherlands. This one is from Austria. 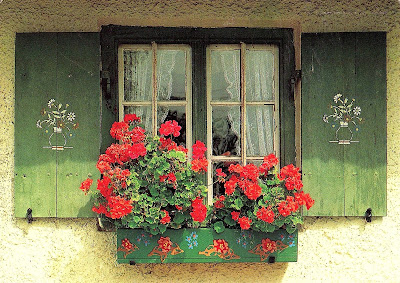 I like doors and windows, so I have a lovely window and window box. Perfect.

The next one I like even more. It looks quite iconic. It comes from Switzerland and features Charles Eames posing in the lounge chair 1956 for an advertisement. (From the Vitra Design Museum in Switzerland.) 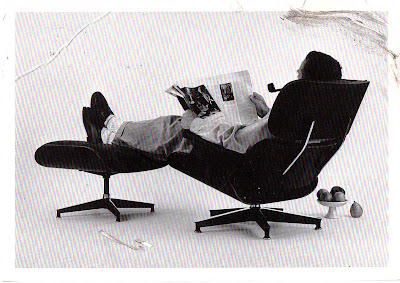 Who is Charles Eames you might ask?
Charles and Ray Eames were two of the most influential designers of the 20th Century.
Charles and Ray Eames are most famous for their iconic chairs, which transformed our idea of modern furniture, but this was merely one facet of their work. They were graphic and textile designers, architects and film-makers. If they’d confined their efforts to just one of these genres, we’d still be talking about them today. Yet they spread their talents far and wide, becoming two of the greatest designers of the 20th Century.
In 2018, it was 40 years since Charles died, and 30 years since his beloved wife and creative partner Ray (born Bernice Kaiser) passed away. And their groundbreaking work remains as influential as ever, with a new exhibition at the Vitra Museum exploring the careers of this dynamic couple.
Here is a photo I found on the internet: 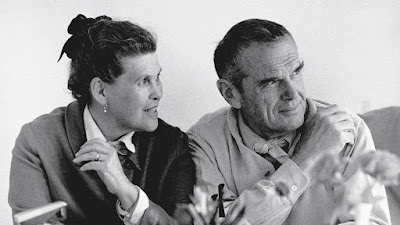 The designs of his chairs are so timeless. I just love it.
The stamps on this card are also very interesting. I have not been able to find much info about that one on the right, beautiful though it is. 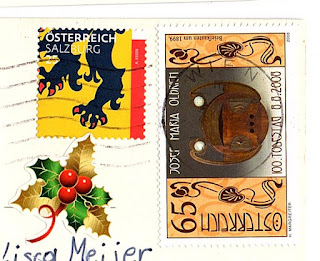 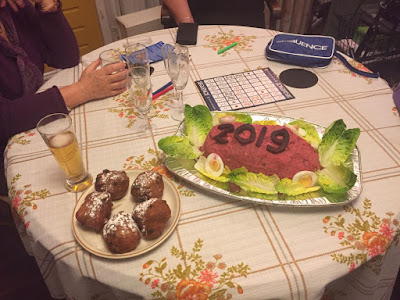 We played a game called Sequence. I managed to find a small travel version of this game and I taught my cousin to play it too.
I had made a traditional 'Russian' salad. It's made with boiled potatoes and slow cooked pulled meat, with little bits of gherkin and pickled onions. Lashes of mayonnaise etc. You get the idea. It's delish. It looks pink because we add beetroot. With another beetroot I cut out the year 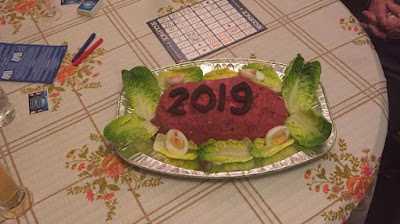 Of course there was Champagne (courtesy of my cousin). Hubby is opening it as I don't want the cork to shoot through mum's glass cabinet! 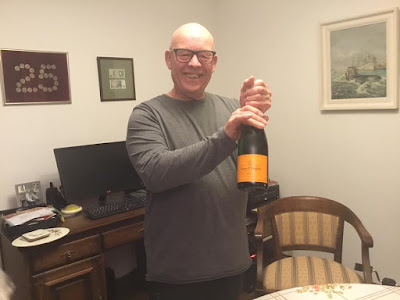 I don't have any funnies for you, but as it's the first post of the year, a few more reflective pictures.
That's it from me.
Enjoy your weekend and...
Keep smiling!
Hugs,
Lisca 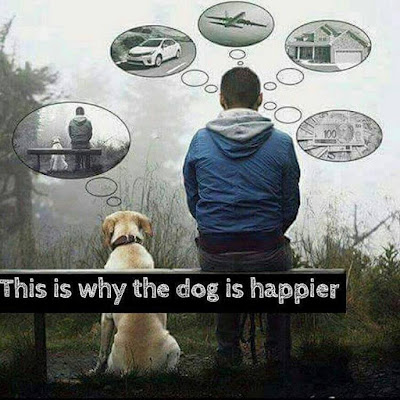 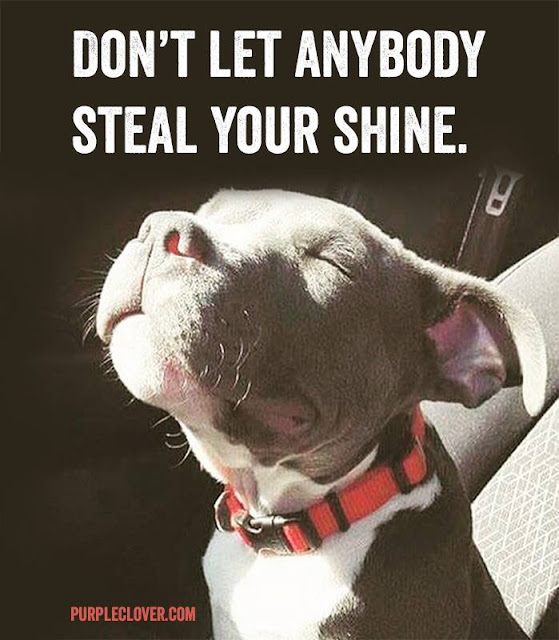 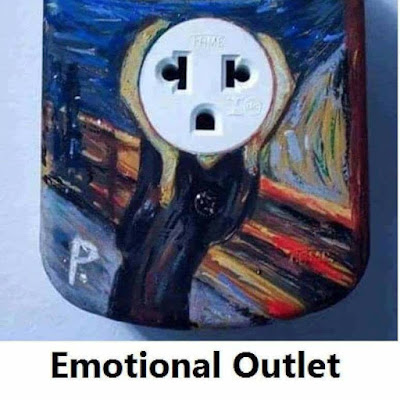