Hello lovely people,
It's Tuesday again! The weeks fly by, don't they.

Here are some postcards I received last week. The first one comes from Latvia. It was sent by Una, a 51 year old designer from Riga, the capital. 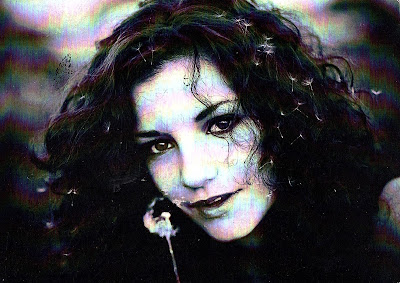 It is a black and white photo of a pretty girl. The stamp is interesting too.It features the 2016 Men's World Floorball Championships were the 11th World Championships in men's floorball. The tournament took place in Latvia in December 2016. 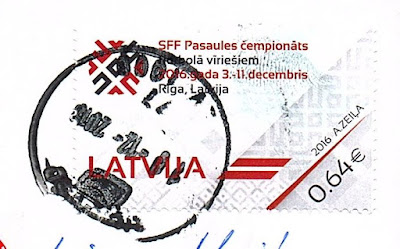 Ever heard of floorball? Me neither:   'Floorball is a type of floor hockey with five players and a goalkeeper in each team. Men and women play indoors with 96–115.5 cm-long sticks and a 22–23 cm-circumference plastic ball with holes. Matches are played in three twenty-minute periods.'
I got thi off the internet, but the ball on the photo doe n't look like cm at all! 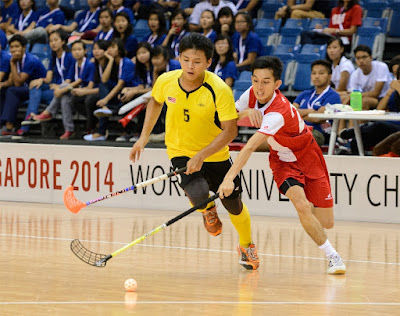 The second card is a vintage travel poster from the US. There is some info on the back of the card:
Wrangell-St. Elias National Park was established in 1980, the 48th park among America's 59 National Parks. Located in southeastern Alaska, it looms over the Canadian-Yukon border. Wrangell-St. Elias is the largest National Park with 13 million acres, the size of Yellowstone and Yosemite National Parks and Switzerland combined! Mount St. Elias, at 18,008 feet, is the second highest peak in the U.S. Mt. Wrangell, at14,163 feet, is one of the largest active volcanoes in North America. 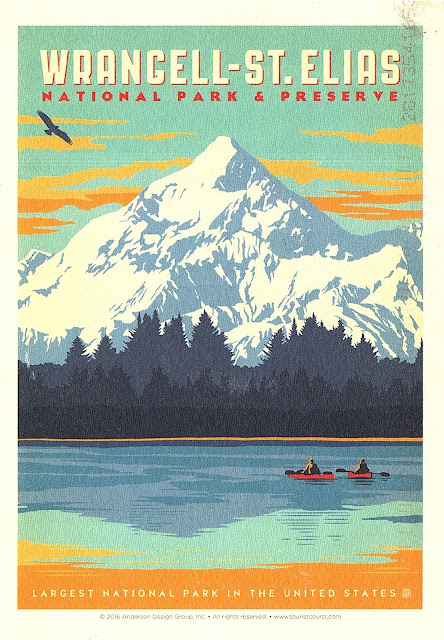 The card was sent to me by Seema, who lives in Minnesota (Land of 10,00 lakes). As you can see the stamps are lovely. One of them features a vintage poster and the other is of course Katherine Hepburn, a very beautiful actress whom I remember well. 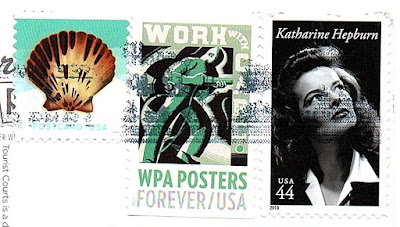 Yesterday I went to the gym as usual and this is what we found: 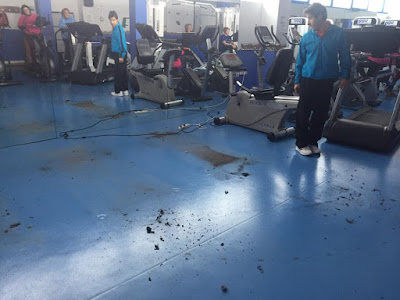 The treadmills were all moved away and there was an unholy mess on the floor! Here is our teacher looking a bit like: what are we going to do... 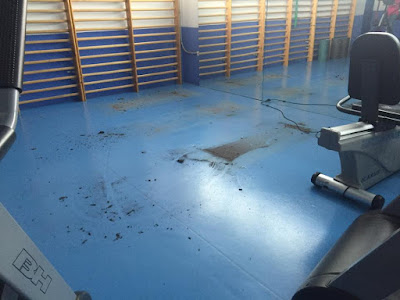 It turns out that the floor needed cleaning. The cleaners are having a cleaning machine for the day and had asked some strong men to move the machines on Friday night as they were going to clean on Monday morning. (But we had arrived before them). The mess on the floor is what was underneath the machines. Just as well it is getting cleaned.

I am joining the T-Party organised by Elisabeth and Bluebeard. For that I need to have a beverage in my blog. Well I have two (accidentally).
Saturday evening was the inauguration of a photographic exhibition in our village. It shows the best photos of 2018 from the several photoclubs in the province of Granada (I think there are nine). The lady with the hat (called Encarna) had made the cakes and brought home made liquors and there were soft drinks too. I hadn't realised the drinks were in the photo so now I have two beverages in this blog. 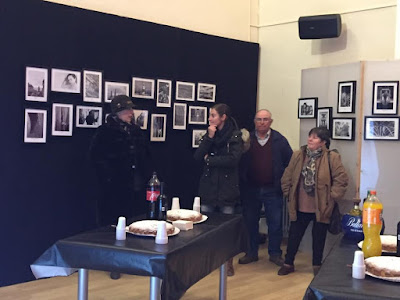 My 'official,' drinks reference is this box of tea which we bought in Holland when we were there recently. We have tasted it already and it is very nice. It has oolong tea in it (a bit smoky) and white mint, lemon myrtle leaves, marigold leaves, oil of orange, oil of green mint and yuzu flavouring. 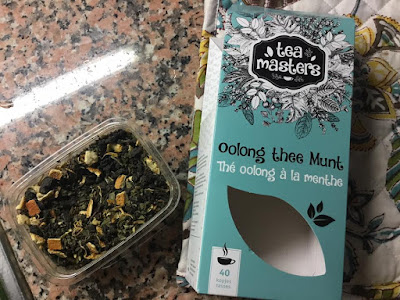