Here I am again, at my computer, with a few postcards to show you and to tell you how my week has gone.

Of course I will be linking up with Annie at A Stitch in Time and with Virginia at Rocking your Week Friday.
Usually I would start by showing you some postcards, but today I'm going to show you two Christmas cards I received.

As we left the country so early, I didn't see most of my christmas cards until after we got home last week.
Here is the one Annie sent me. Thank you so much Annie! It is beautiful. The image in the middle is fabric and the cross stitches are hand embroidered. The theme of course is 'bears' (What else!) 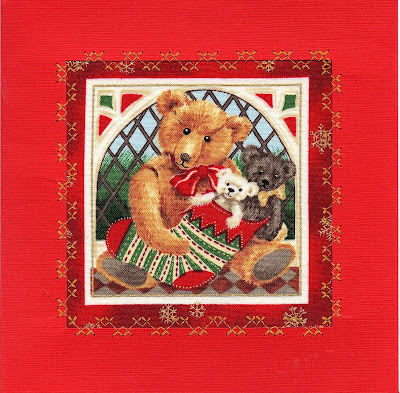 The next card is  from Shaz and Doug. The baubles are embossed (I think) in a glittery golden which is not so visible on the scanned image. But believe me, it is absolutely gorgeous. Thanks Shaz! 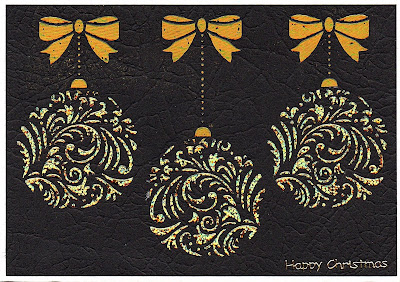 These cards will be sitting on my workdesk for a good while, after which they go in a box where I keep all my hand-made cards. I look through them periodically when I need some inspiration.

The week has pàst very quickly. We arrived back in Spain very late on Friday night and Saturday we slept late, unpacked and generally relaxed.
Then in the evening we went out for dinner with some of our Danish friends who own the house next door. I thought that was a good idea as we had little food in the house and no enthusiasm to cook. 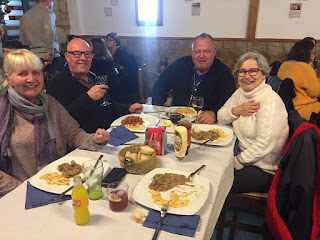 On Sunday I baked my own bread, so when we came home from church, there was a lovely loaf plus the house smelling of freshly baked bread. (One of the best smells ever) 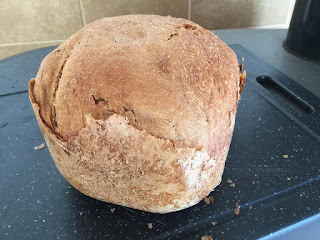 Sunday was Epiphany, or as they call it here Los Reyes. A very popular festival that remembers the visit of the three kings to the baby Jesus. The children receive their presents  (in stead of Christmas) on this day.
It is a bit of folklore. The Bible does mention Magi visiting the Christchild.  The term magi originally referred to a caste of Persian priests, astrologers who looked to the stars as guides. Nowhere in the Bible do we find how many. The Eastern Orthodox church believes there were 12, and in western folklore they became three kings, probably because they gave three gifts. 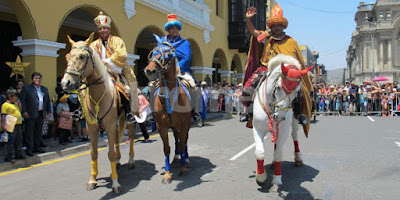 There are usually parades therough the town and the 'kings' and their entourage throw sweets into the crowds.

Because Sunday was Epiphany, Monday was a Bank Holiday. Another day that the shops were closed.
We raided the freezer where I always keep home made meals as I habitually cook double portions.

Monday night saw us driving to our weekend home where we relaxed by the fire and watched this DVD which was one of our Christmas presents. 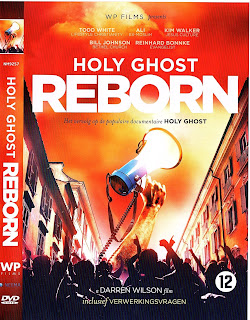 It follows Todd White (amongst others) in Rome. Todd is a Canadian former professional ice hockey player, who is now a street preacher: 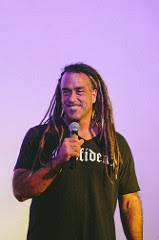 He is a bit mad cap but we like him.

On Tuesday we had a meal out again so I was glad when the gym opened again on Wednesday.

One of the items in my suitcase from Holland were these dried peas. 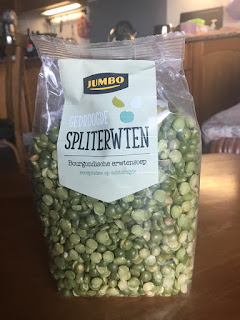 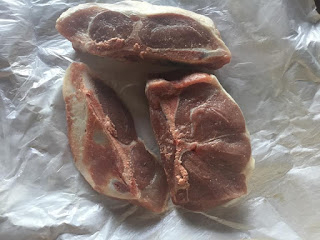 And I made a traditional Dutch 'erwtensoep' (thick pea soup) on Wednesday. 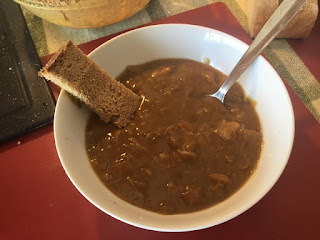 Yesterday I spent the day in my craft room. I had a list of things I wanted to do, but I didn't do much creating. I went through my supplies, tidied, organized and sorted some photos. Then eventually I did do two scrapbook pages.
I played with my Gelatos (Tropical) which have the colours in this photo (below), but I don't seem to be able to use them any other way than as crayons. They don't turn into watercolours, which I was hoping. In the end I used some of my millions of scrapbook papers, and now my photo (of mum and me) can go in the album. 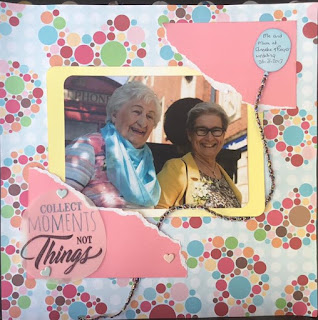 The second page I made is a photo of my dad when he was young. I played with my die cuts to make cogs to match the paper. The clock wheels on the page are shiny, and the little envelope is meant to house some journaling. I will have to phone mum to ask her some details. I should have phoned her last night but I was busy preparing my blog and in the end I forgot. 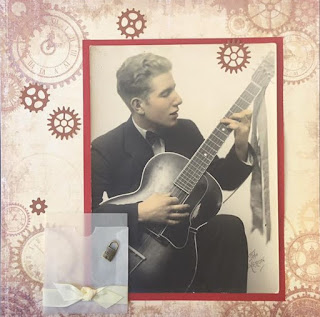 That is it from me today. As usual, I will add some funnies. They come with a health warning this time. A disclaimer, warning, or whatever you want to call it.

They are particularly UN-politically correct and rude. If you are easily offended, don't read on. If you are a vegan, sorry, I have nothing against vegans. I just thought it was funny.

Have a lovely weekend and,
Keep smiling,
Hugs
Lisca 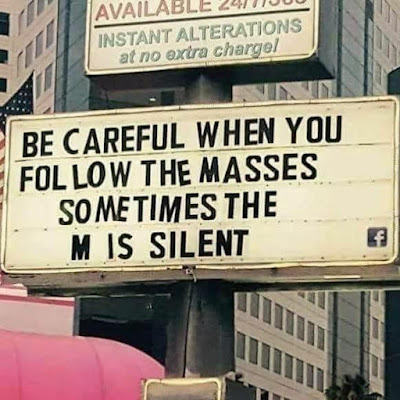 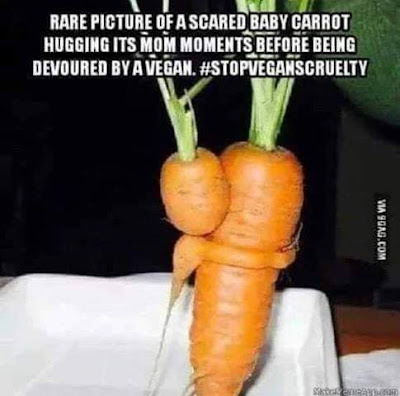 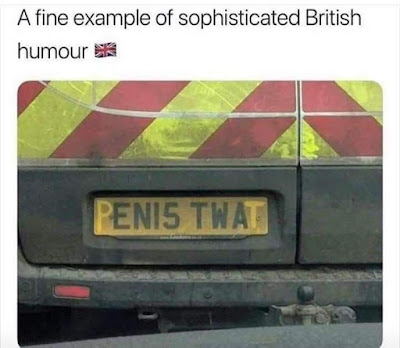 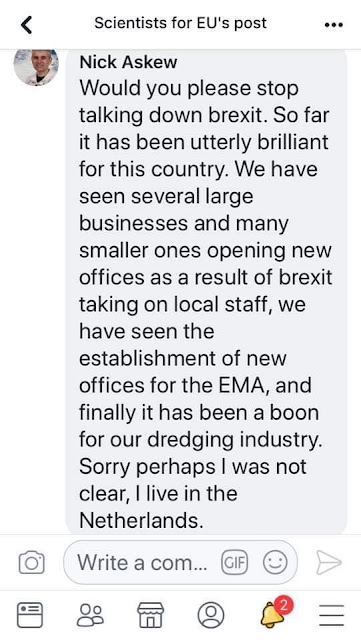 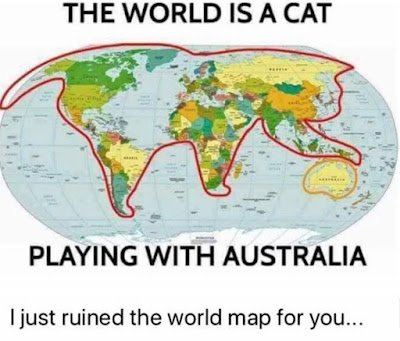 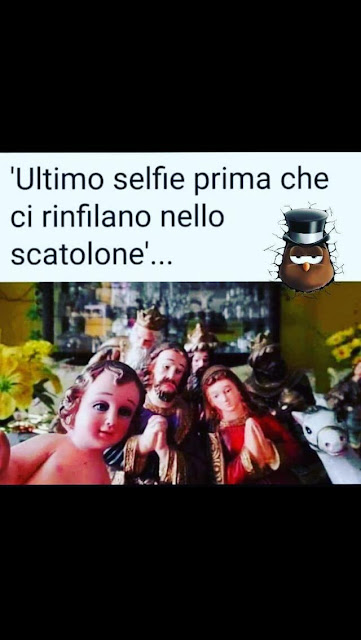 Translation: Last selfie before they put us back in the box! 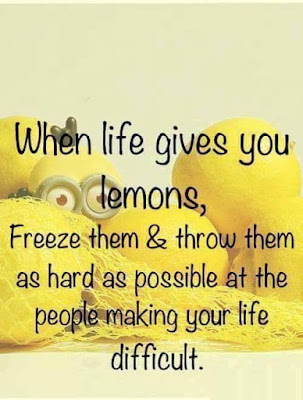