Here we are on Friday again. The week just flies by.

Let me show you a fun postcard: 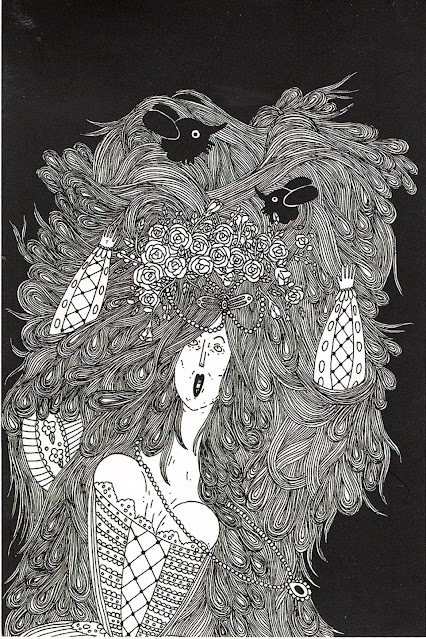 It comes to me from Poland and it is called: Her Ladyship Baroness by Dobroslawa Ruranska.

Graduated from the Academy of Fine Arts in Katowice. Diploma in book graphic in 2015.

In 2014, won the Award of the Minister of Culture and National Heritage for students of art schools. 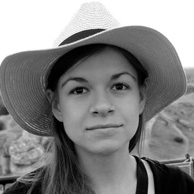 Designs illustrations and poster. Collects all kinds of books. Lives and works in Katowice. 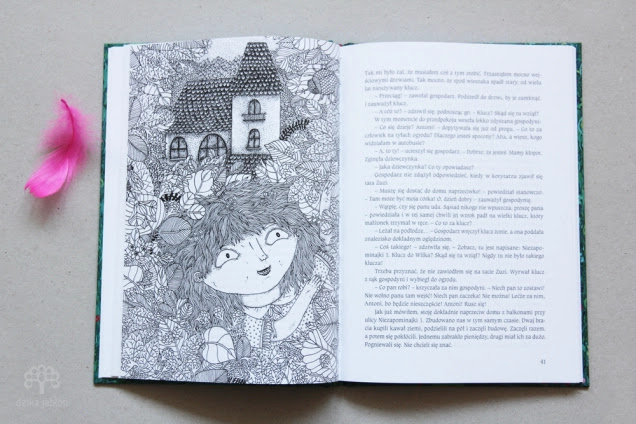 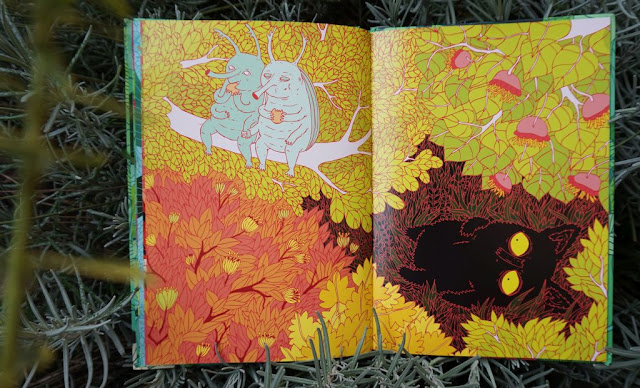 The stamp is very nice. 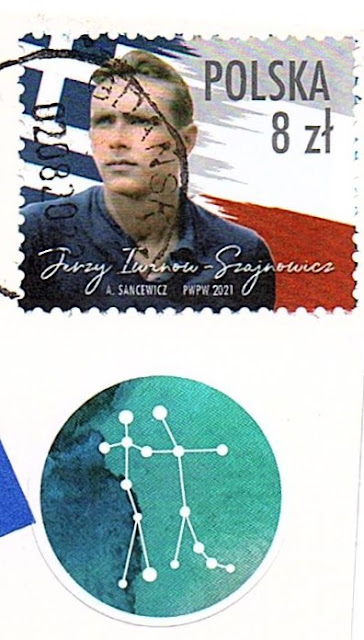 I have written about this stamp before but I can't remember where, so here is a bit of info:

Jerzy Iwanow-Szajnowicz Warsaw, 14 December 1911 – Athens, 4 January 1943) was a Polish-Greek athlete who fought as a saboteur in the Greek Resistance during World War II and was executed by the Germans. Read more here.

The card was sent to me by Alina who lives in Gdansk. She has added round stickers with constellations on them. Cute.

So this part I had written a day before. Fast forward to today (Thursday): 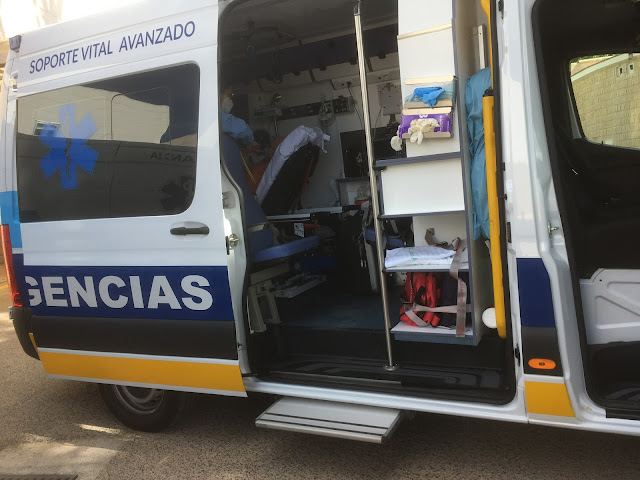 I will keep this short but hubby took a turn for the worst in the night and I took him to the emergency department of the local hospital, where they did several tests. Then decided to send him to the big teaching hospital in Granada in a ambulance. He’s a bit better this evening. He is in The observation part of the emergency department. I’ve checked into a hotel opposite the hospital. So I have no funnies for you as they are all on my PC. 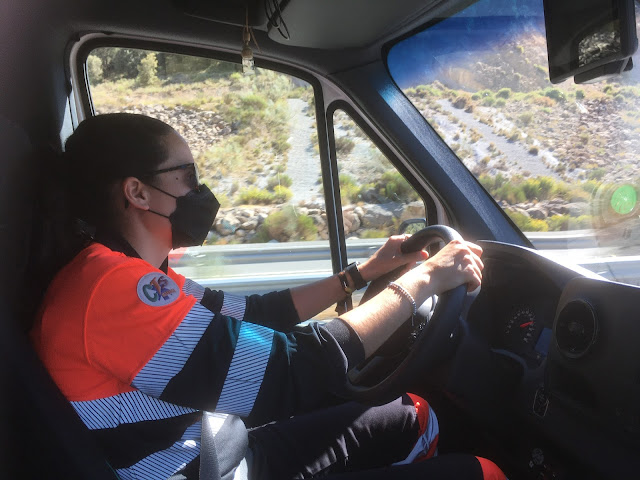 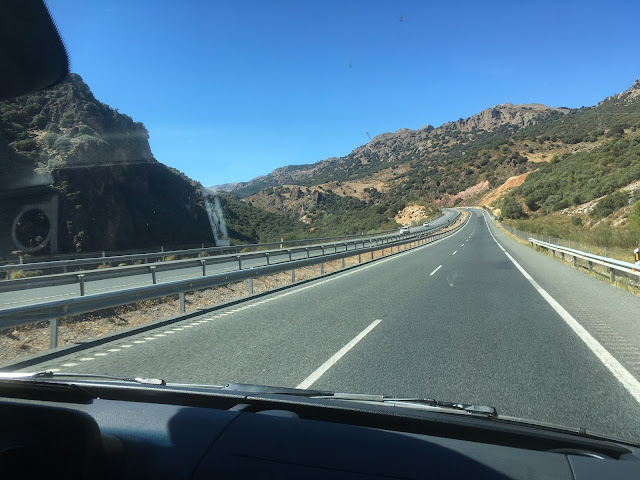 It is about an hour’s drive to Granada. 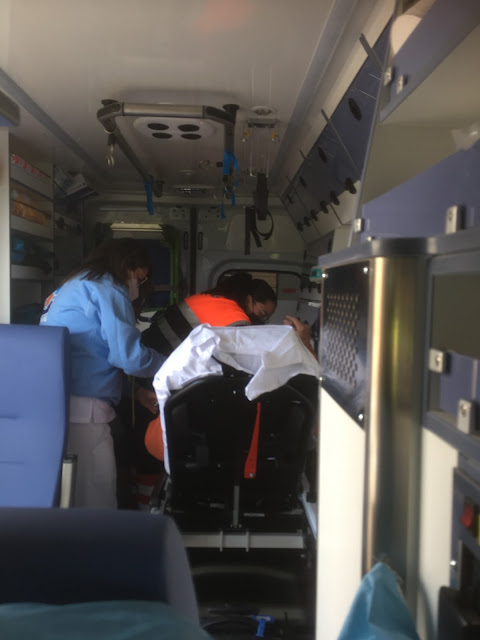 Hubby being settled on the stretcher.
I have since checked into a simple hotel, opposite the hospital: 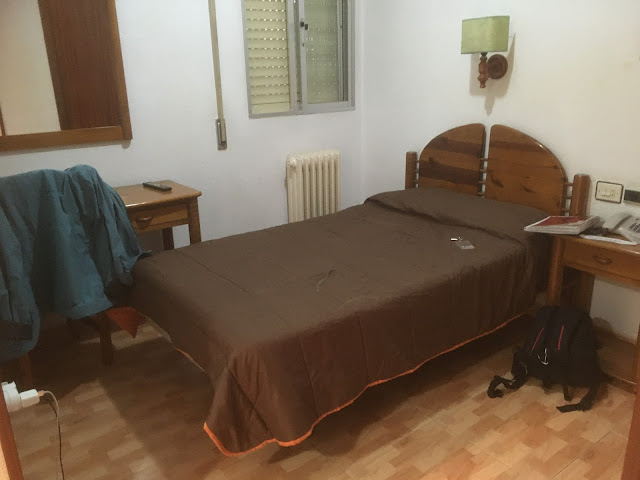 The good news is that hubby is feeling much better, the urgency has passed. So that is my smile for today!
I will link up with Annie at A Stitch In Time to share my smile with all you other ladies.
Have a great weekend all!
Keep smiling!
Hugs,
Lisca