A Postcard A Day - Tuesday 19 May 2020 - T for Braunschweig, Harlem, Munich,Rotterdam and Cabo de Gata

Good morning lovely ladies,
Today is Tuesday: T for Tuesday, and we are invited to join Elizabeth and Bleubeard for the T-Party with a beverage.
I am inviting all of you for a cup of coffee. (The translation says: a coffee for each of you... good morning) 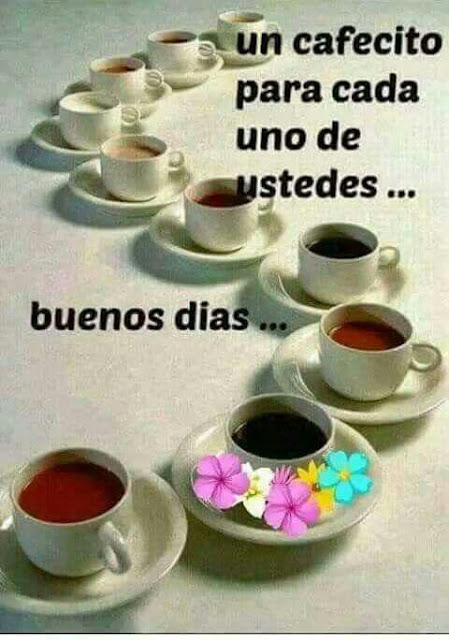 My first postcard comes from Germany. Guess from where....Braunschweig! It is where Iris Flavia lives! I'm not going to tell you much about the town, I'll leave that to Iris. 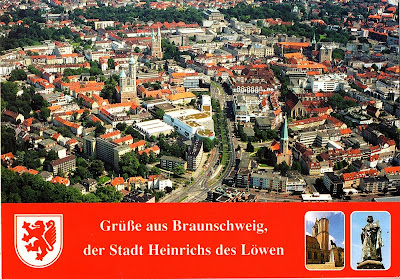 The card was sent to me by Sabine, who is a dental assistent.
The stamp is very nice. I hadn't seen this one yet. 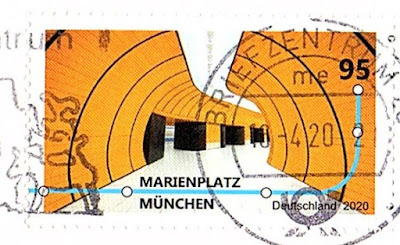 It features the Marienplatz underground station.
Here are some photos of the station: 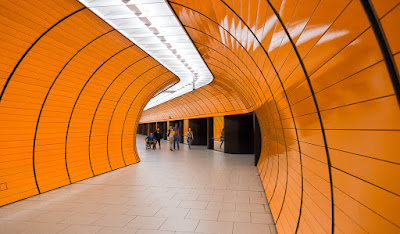 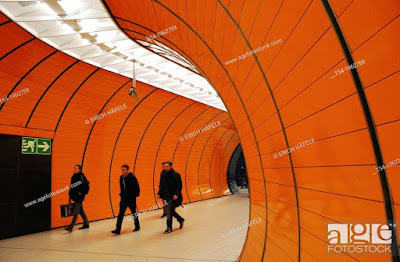 Above ground the Marienplatz looks very different. Wikipedia writes: Marienplatz (en: Mary's Square, i.e. St. Mary, Our Lady's Square) is a central square in the city centre of Munich, Germany. It has been the city's main square since 1158.
Marienplatz was named after the Mariensäule, a Marian column erected in its centre in 1638 to celebrate the end of Swedish occupation. Today the Marienplatz is dominated by the New City Hall (Neues Rathaus) 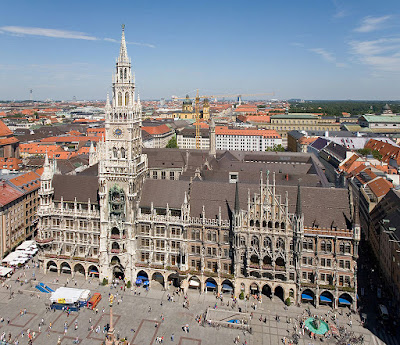 on the north side, and the Old City Hall (Altes Rathaus, a reconstructed gothic council hall with a ballroom and tower) 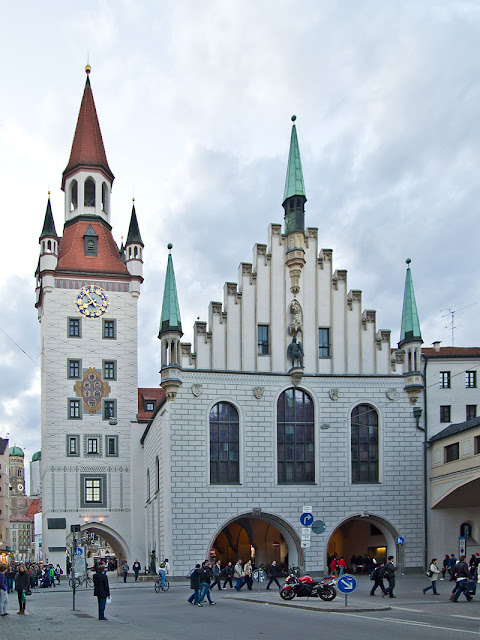 on the east side.

Now for my second card. It comes to me from the USA. It is entitled Harlem, the 30s. The photographer is Aaron Siskind who is an American born in 1923 and died in 1991. 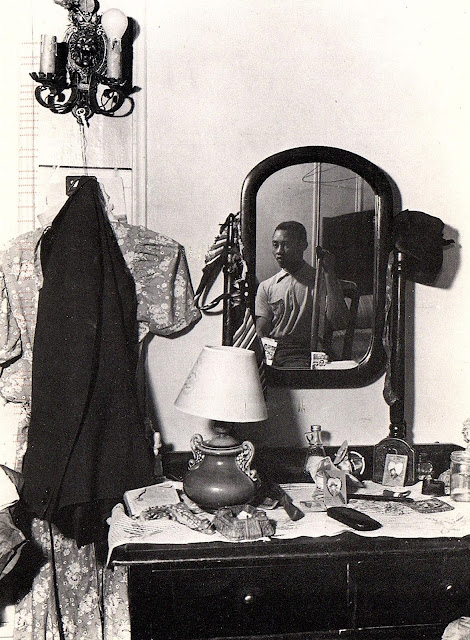 Siskind was known for his abstract photography. Here is an example I found on the Internet: 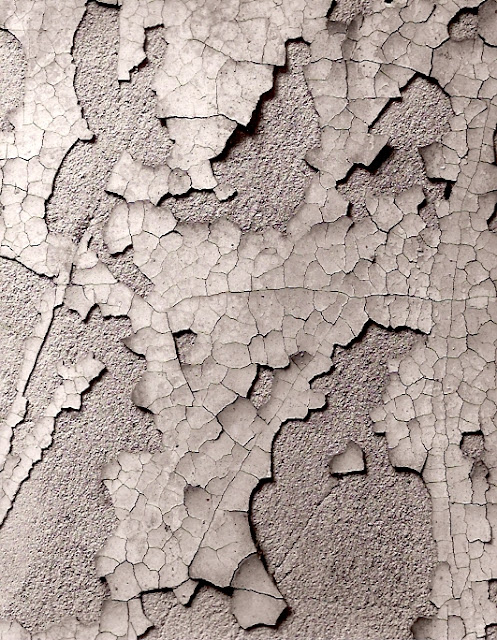 But he made a photobook called Harlem Document, and my postcard is taken from that collection. 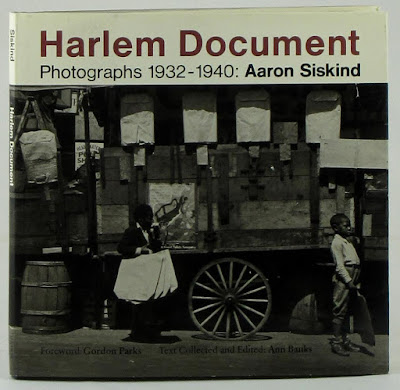 One of my blog friends, Bridget Larsen, a crafter who lives in Australia has asked me about our vegetable garden. I promised I would post some photos.
Here are broad beans on one side and peas (flowering) on the other. 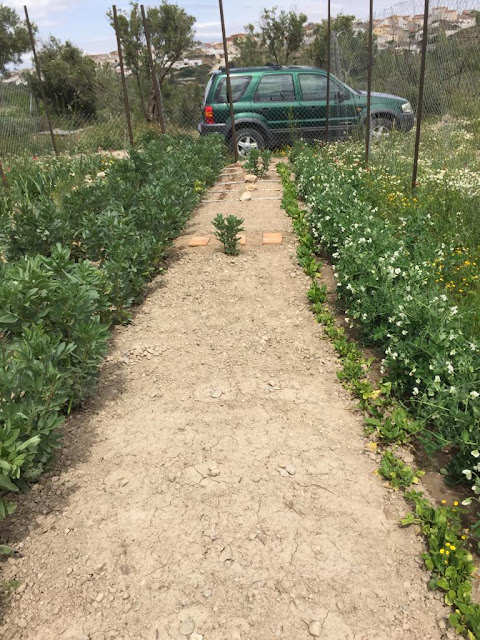 The middle bit has been sewn with chili peppers, fennel and coriander (cilantro). Nothing has come up yet as you can see. 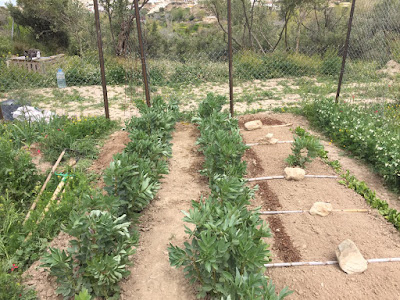 This is a home made composter made with pallets cut to size. The brick on top is to prevent the cats from getting in there. 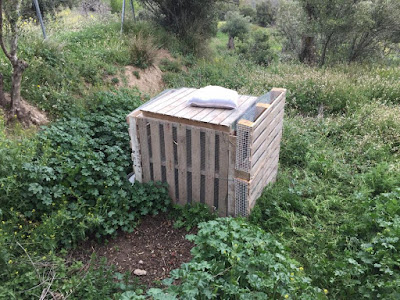 Here is some spinach. 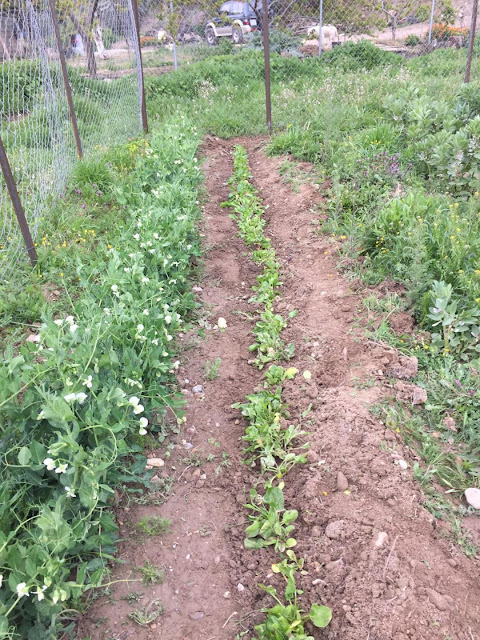 On the right is a row of garlic. Hubby didn't want me to show this photo as he hadn't weeded yet. It looks a lot neater now. 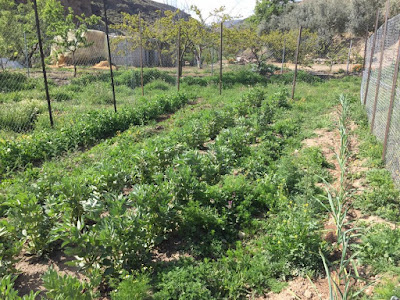 Bridget writes about her gardening, her crafting and about all sorts of interesting things. Do visit her: Bridget Larsen.

I would now like to show you some urban art in my home town of Rotterdam (Netherlands): 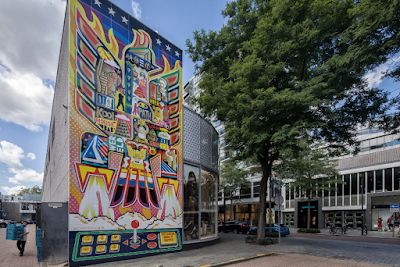 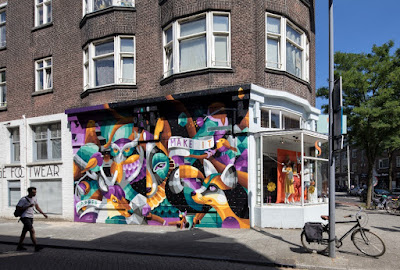 Street art van I Am Eelco in de Bloemkwekersstraat. 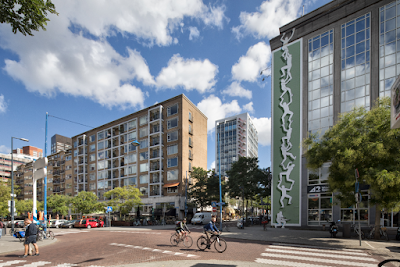 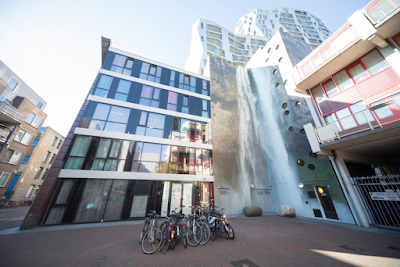 I must say that I did not take any of the Rotterdam streetart photos.
But here is a photo that I did take in the Cabo de Gata area of southern Spain. I am a member of the local photoclub and every month we have a theme and we are allowed to enter one photo, which gets judged (anonymously) by an out of town team of judges. This month the theme was 'Sea', but we have been in lockdown, and no one has been able to go to the sea. So we have been entering archive photos. This is mine. It was a lovely November day (18 Nov 2016) in a little hamlet called La Isleta del Moro on the Cabo de Gata coast. We were eating at a restaurant right by the 'beach' and this cat was lying by my chair, no doubt waiting for some scraps. 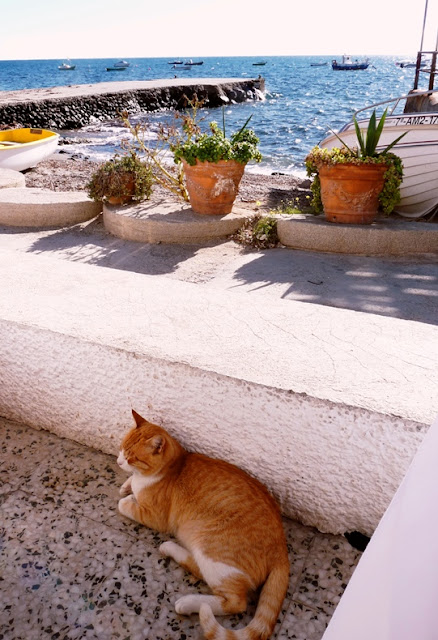 This is what the restaurant (the building nearest to the water) looks like from a distance: 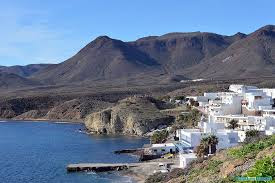