Hello lovely ladies! How is life? Today is the day I look back on the past week and give thanks for all the good things. Have you had much to smile about? I look forward to reading about it. I will link up with Annie at A Stitch In Time (and also with Virginia at Rocking Your Week Friday)

My biggest smiles were for all those postcards that are now coming in thick and fast. Cards that have been posted in the middle of march are now finally arriving, as if they had been in quarantine too.
The first one comes from Belarus and was sent to me by Jane, an English teacher. The card title is 'Flower, Wind, Bicycle' by Annet Loginova. 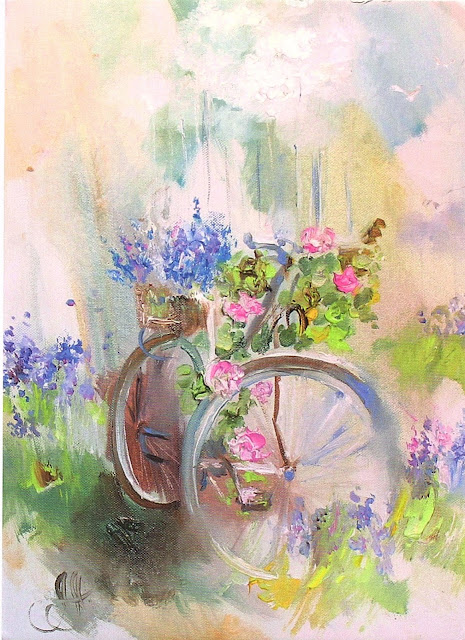 The stamp is lovely. It is from a series called Wild Baby Animals and was released in January of this year. 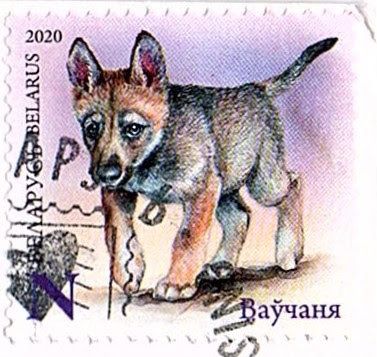 This is a wolf cub. It gives the following information on the stamp website:
Wolf cubs are born blind and deaf. They weigh 300-500 grams. For the first time they leave the den after 3 weeks. During the first four months of life their weight can increase by almost 30 times. Females become fully grown by the age of two, and males by the age of three. 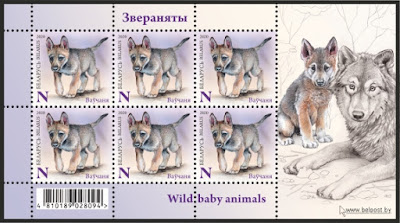 The other baby animal stamps are foxes, bears and lynx. 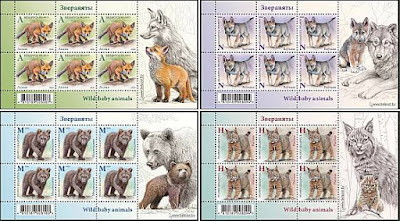 The second card is from Finland. It features a happy looking lady riding a bike. 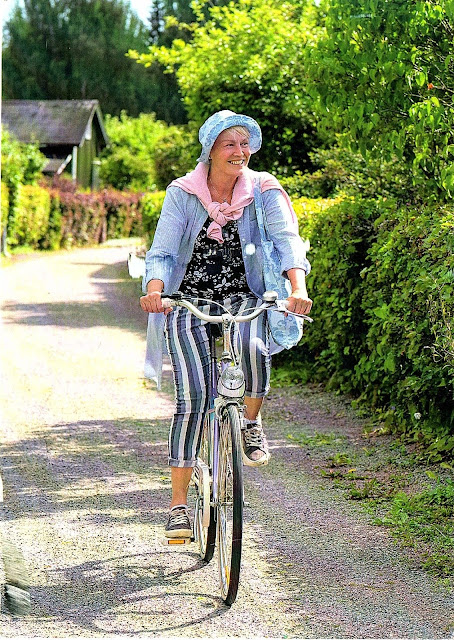 It was sent by Kristiina who lives and hour away from Helsinki.
The stamp is also very nice. It has an old type writer on it. I learnt to type on one of these. You really had to push down hard with your fingers.

The stamp is from a series 'Say it with flowers'. Here is the whole series: 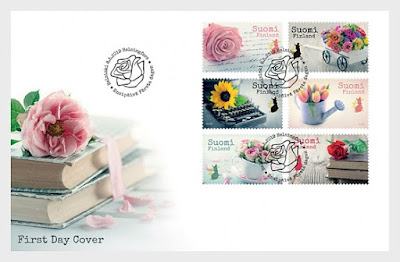 Today is our eldest's birthday. He was born this day in 1974. Happy birthday Phil! Here he is with his dear wife Michelle last summer. 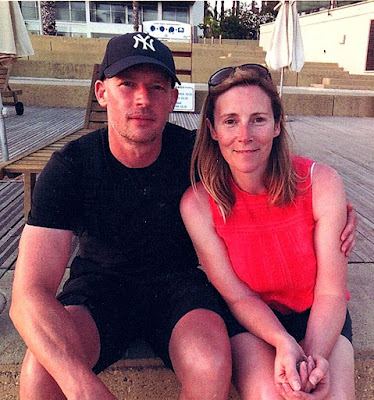 Last week I visited my best friend Antonia. I hadn't seen her (in the flesh) for two months. It's a ten minute walk to her house and I saw lots of flowers on the way. Her house has a lovely view (similar to ours) and we sat outside (keeping our distance) and chatted. 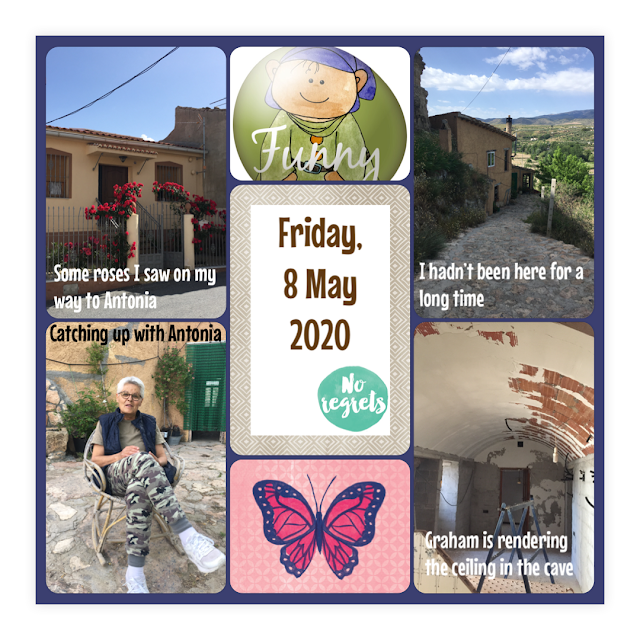 On Saturday another son messaged us that his boy had got stuck in the window trying to climb out. We had to laugh at that, because mum & dad had to come to the rescue and all was well. But later that day, their youngest son, who is 4 slipped and broke his arm. It was a complicated fracture and he had to go into hospital to have surgery during the night. 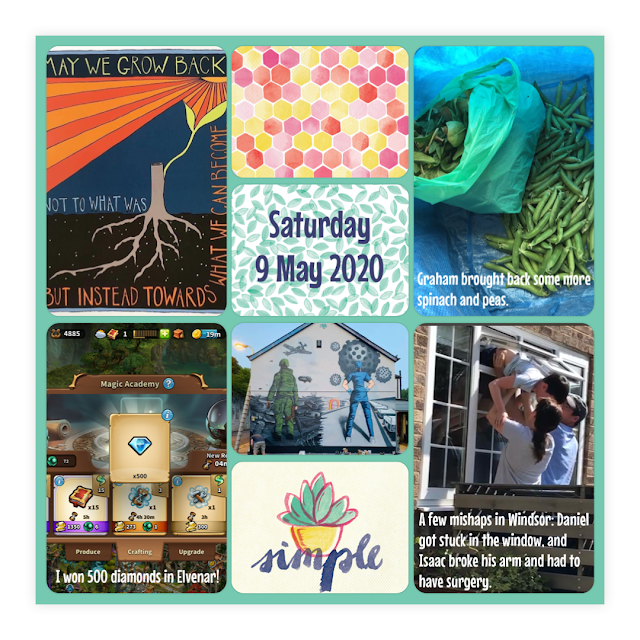 He was back home again on Sunday morning. 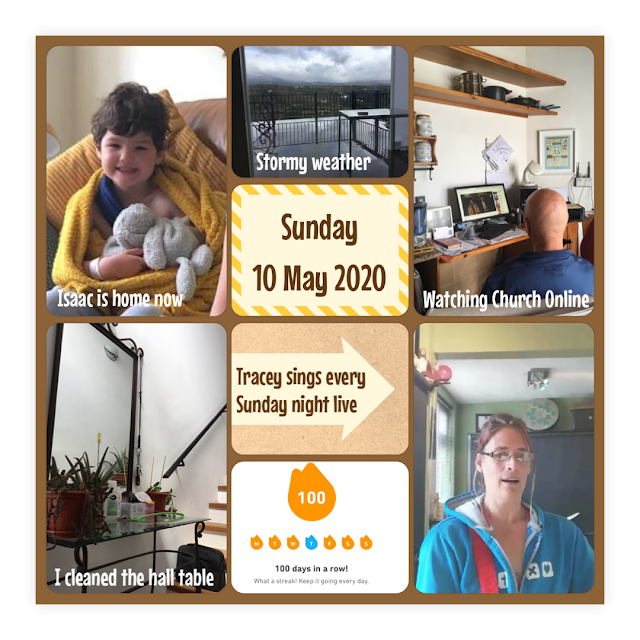 Monday we went shopping together. Stress on the 'together' as we are not allowed more than one person in the car. We thought they had lifted that by now, but they haven't. (but we didn't get caught) 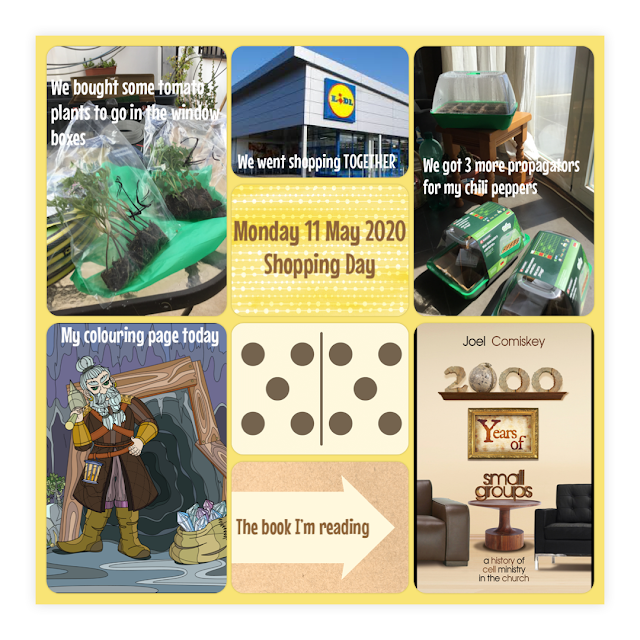 Tuesday was a foul weather day. It rained all day and we even had hail! I had been bitten the night before and the bites had gotten red and raised. I had to resort to some hydro cortison cream in the end. 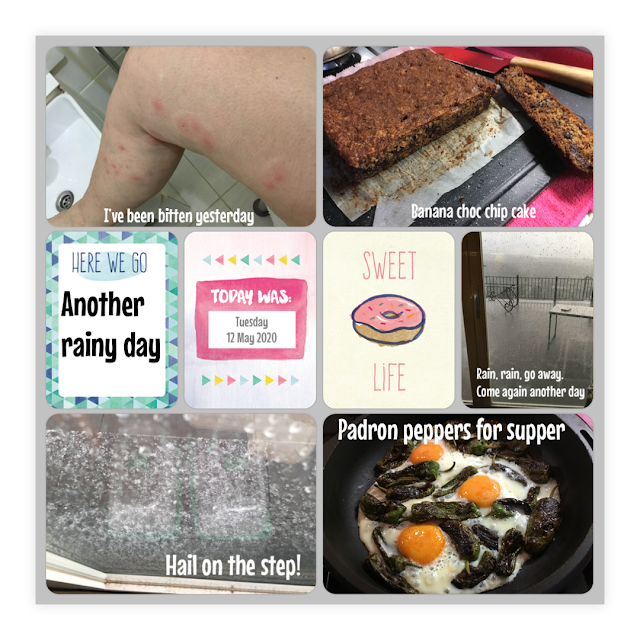 On Wednesday night I accompanied my hubby to our allotment to pick broad beans, peas and spinach. 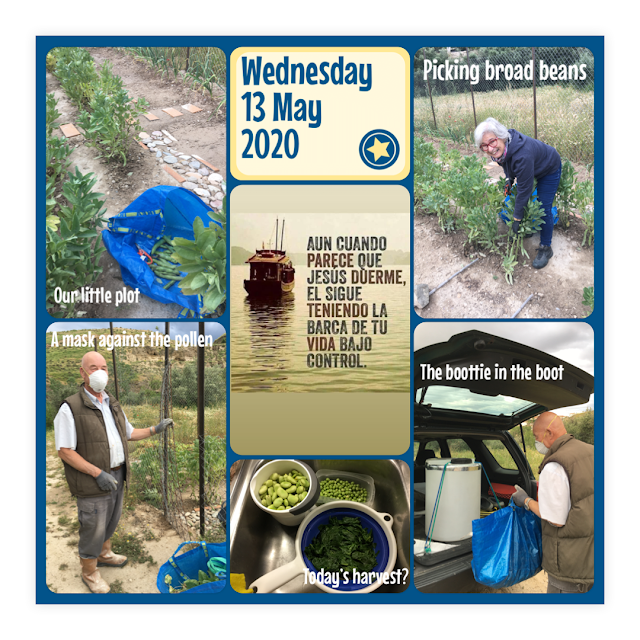 Yesterday I went to the post office and I collected ten postcards! 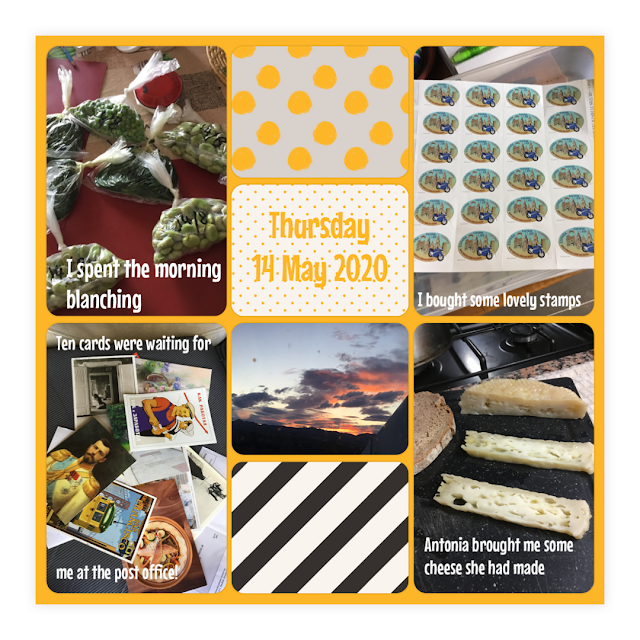 I also bought some stamps. They are new stamps for use in Europe.

They are about touristic routes. I have the ones on the left (routes for motorbikes). I hope to get the campervan routes (for outside Europe) soon.

In England people applaud the health care workers once a week at 8 pm. The whole nation comes out onto the street and claps for the carers. 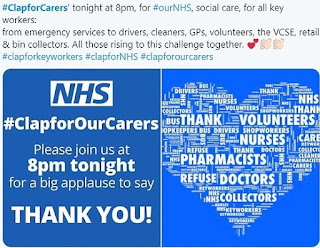 Our youngest grandson, who broke his arm the other day, has been applauding the NHS with a pan and wooden spoon to make an extra loud noise. His thank you was heart felt as he was treated so well and so efficiently. That was my week. I will, as usual, put some funnies at the end.
I wish you all a lovely weekend. Stay safe and healthy.
Hugs,
Lisca 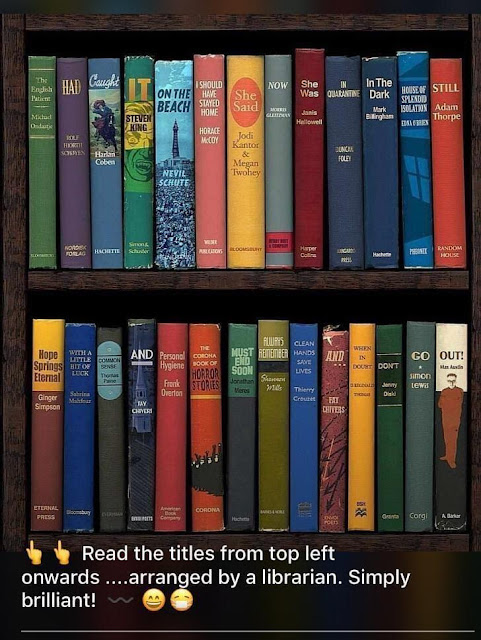 Titles (In case you can't read the titles):
The English Patient
Had,
Caught,
It,
On The Beach.
I Should Have Stayed Home,
She Said.
Now,
She Was,
In Quarantine,
In The Dark,
House Of Splendid Isolation.
Still,
Hope Springs Eternal,
With A Little Bit Of Luck,
Common Sense,
And
Personal Hygiene,
The Corona Book Of Horror Stories,
Must End Soon.
Always Remember,
Clean Hands Save Lives,
And,
When In Doubt,
Don't
Go
Out! 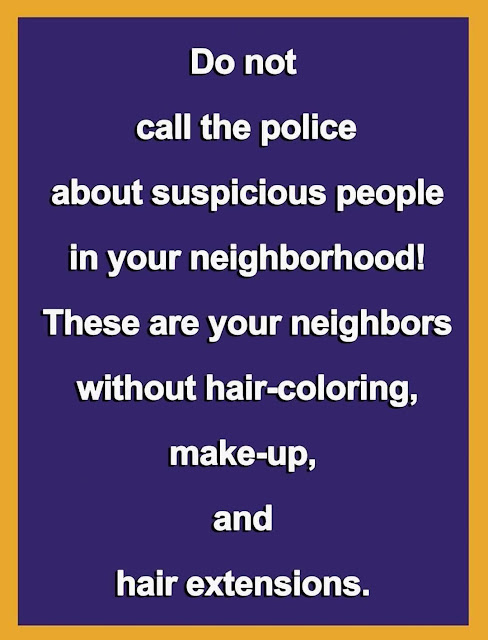 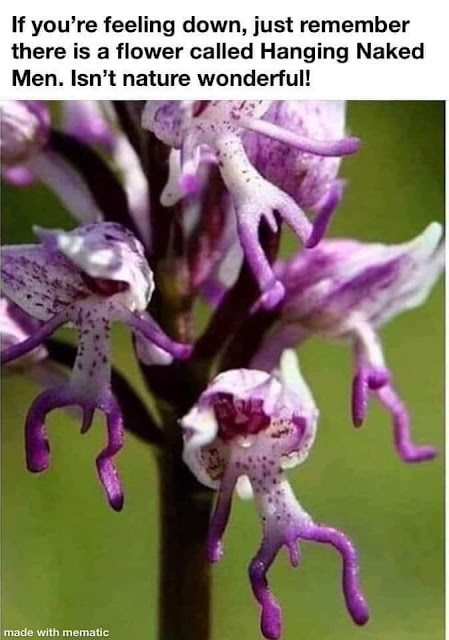 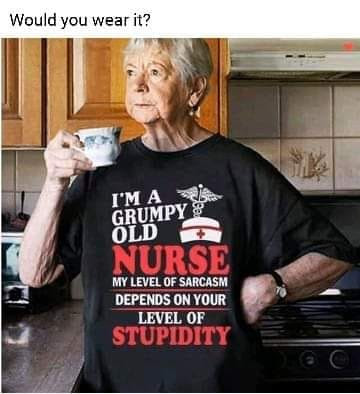 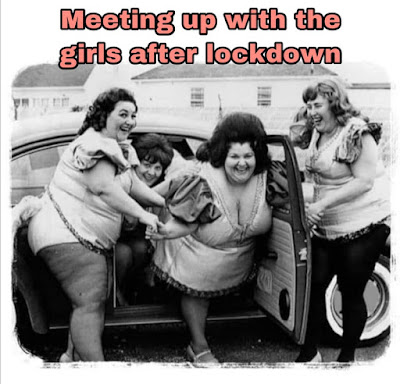 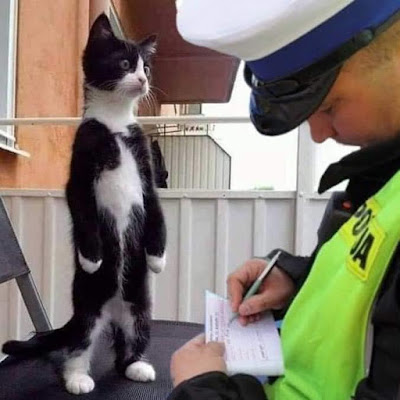 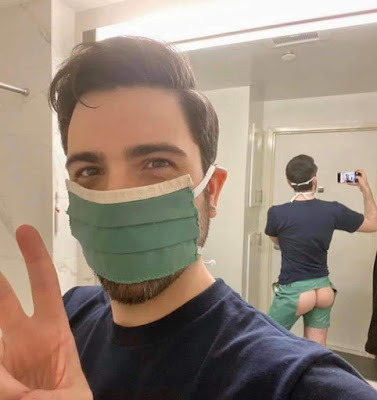 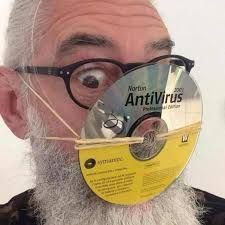