I hope you are all well. And I also hope that in your country the 'curve' is flattening and restrictions are slowly being lifted.

Mail that has been 'stuck' in transfer is slowly coming through. I have received several cards: 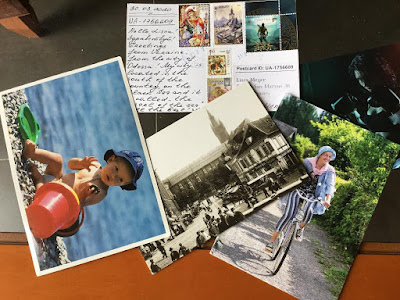 Last week Iris wrote in her blog that her grandma was able to flee from Konigsberg (which was German until 1945)  with 7 children, one of which was Iris' mother. 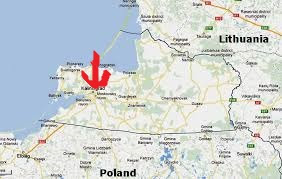 Koenigsberg is now called Kaliningrad and I happened to receive a card from Kaliningrad this week! 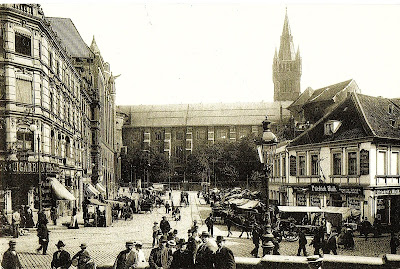 The postcard is a photo from 1910, but I am sure Iris' grandma will have known the city like this and would surely recognize the location, with a tower in the background. The tower belonged to the Koenigsberg Castle. Here is a picture of the castle as it was (from the internet): 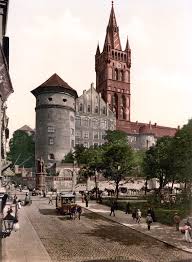 On the back of the card is some info in Russian. With the camera translate function on my iphone I have been able to read: Steindamm, view from the house nr 99. The corner of Kopernika street and Zhytomyrska street.

Here is another old photo, where the castle is seen from above: 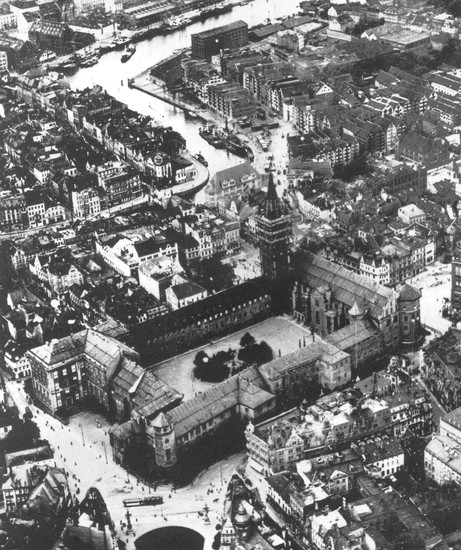 Unfortunately, there is nothing left of the old city. If you are interested in reading about the castle, this is a quick 2 minute read, and this is an even shorter bit about the monstrosity (House of the Soviets) that has been built in its place.

In September 1941 the Russians started to bomb the city, and in 1944 the British bombed the city. In 1945 the so-called battle of Koenigsberg took place and by the end of it the Soviets were in power. In April 1946 the city becomes part of the Russian Soviet Federative Socialist Republic, per Potsdam Agreement.

Interesting is it not?

So what has been happening here? 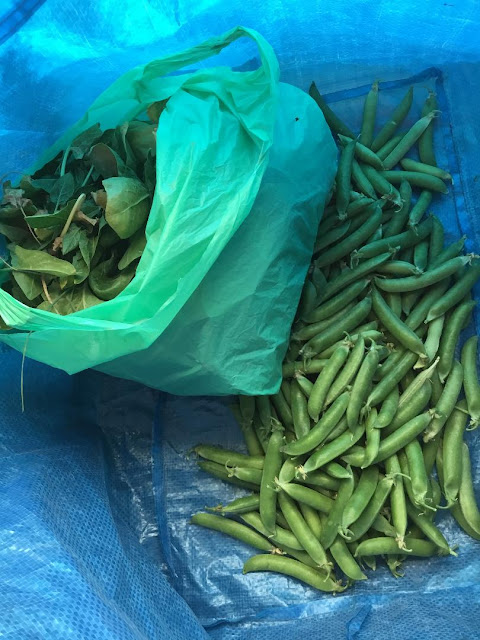 Hubby brought some more produce from our plot, which I then peeled, blanched and put in bags, ready to go in the freezer. We feel very blessed. 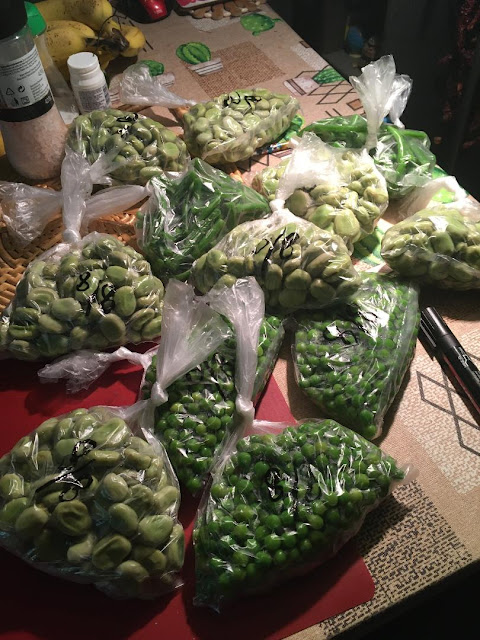 Then we had this situation with one some of our grandchildren in the UK. One of them got stuck while climbing through the window and mum & dad had to help him down. 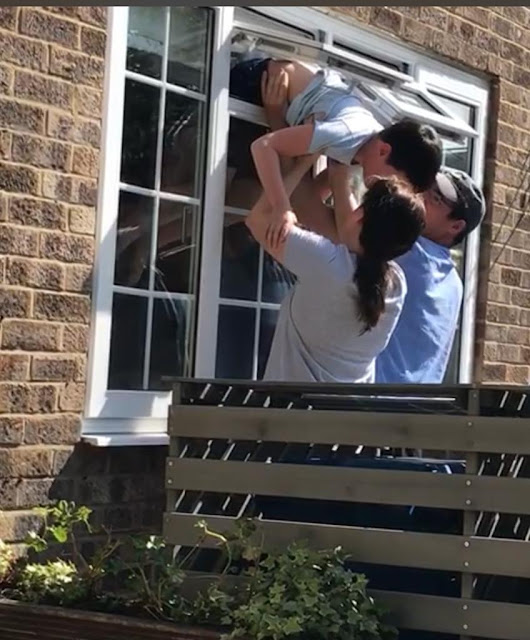 Later that day, his younger brother slipped and broke his arm. The fracture was so complex that he had to be admitted to hospital and operated upon during the night. By the next morning he was home again. They are both well now. Phew.

Here is a picture i found on the Internet. A mural about the battles being fought. 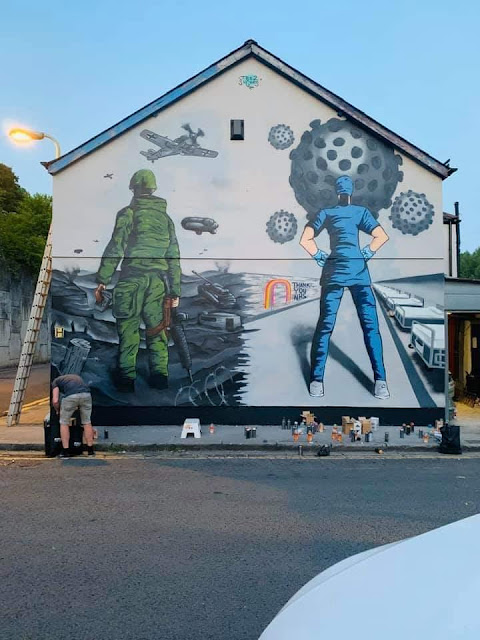 Now I'd better get a drink ready to be able to come to the T-Party. How about a coffee? I want to show you the glasses we drink coffee out of. They are double walled glass and I love them: 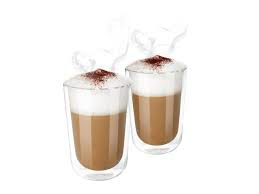 That is my qualifier to the T-Party hosted by Elizabeth and Bleubeard. Come and join us, any beverage will do.

We've had some pretty awful weather here, but the other day the sun shone unexpectedly and a beautiful rainbow appeared. One of my friends from the Caniles Photoclub captured it from a very good angle: 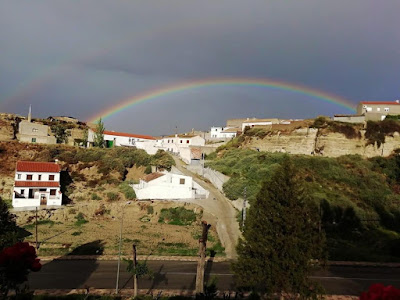 That is it from my this Tuesday. I hope you all have a very pleasant week.
Keep smiling!,
Hugs,
Lisca
Posted by Lisca at 00:27