This is an old blogpost from April 2015 for Elizabeth and Bluebeard's Second on the 2nd.:

Here is my desk as it looked last night. I’ve made little concertina booklets for the grandies and I’ve chosen the photos and the Bible verses. You can see the alphabet stamps ready to be used. Now all I have to do is put them together. 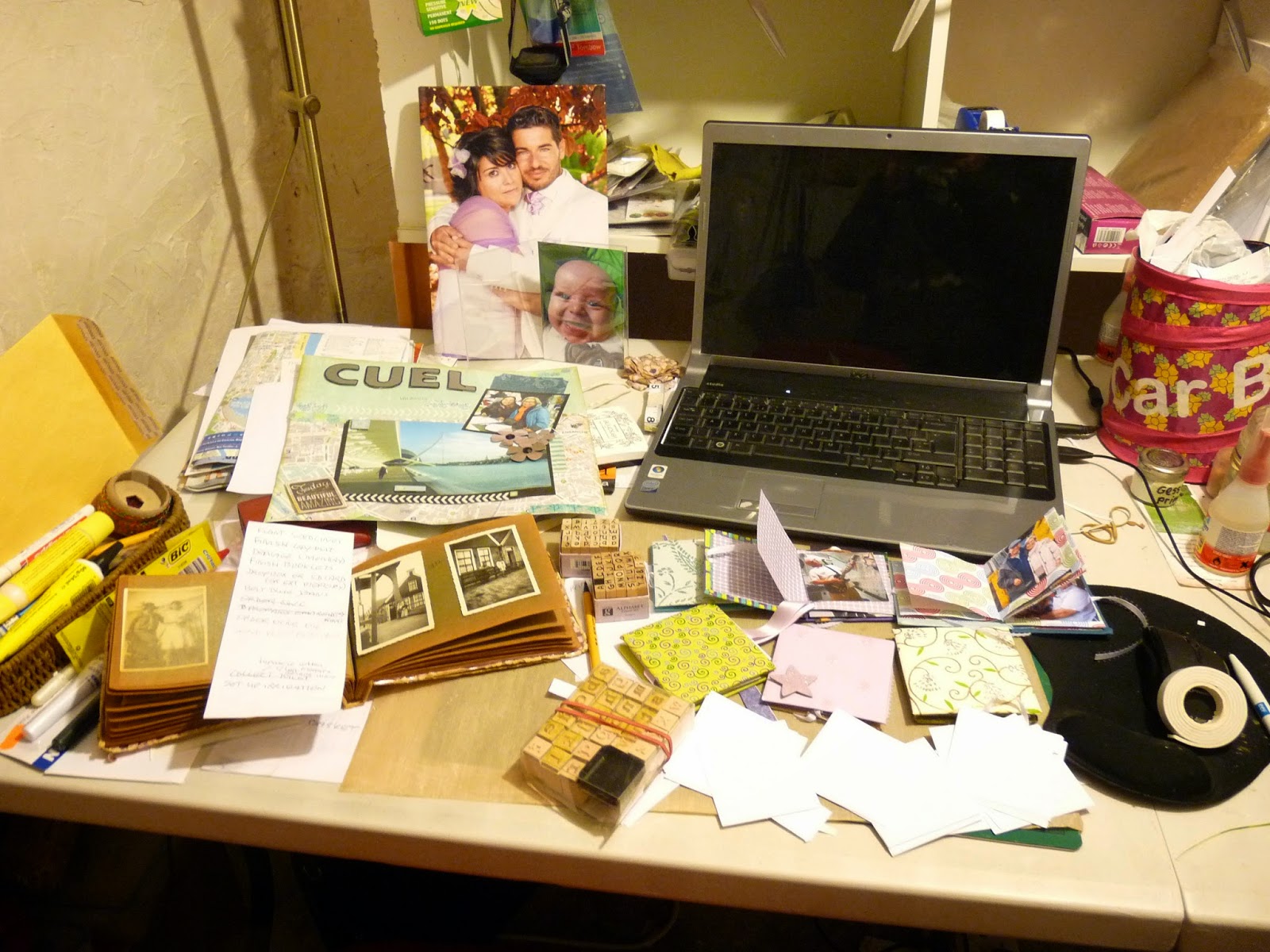 There is a little photo album of my mum’s with photos from 1932. (with my To-Do list on top of it) I’m in the process of scanning the photos into my computer.

The layout I was working on last week is now finished. This is the finished page. I've called it 'Cuel Valencia'. I know it is spelt 'cool', but my son always says cu-el). The journaling is hand written on a card and stuck behind the photo.

It reads: "Valencia: We are keen to visit places in our new homeland. In December 2014 we visited Valencia. We found a campervan park just outside the city within walking distance of the Metro. Brill!
We met up with Maria Chiara, my D-I-L Marianna’s cousin, who is studying there at the university. She showed us around and we went for a paella meal (of course).
But the highlight of our visit was the modern Science Museum. Amazing architecture! We visited the L’Oceanografic, a large aquarium, which we both enjoyed very much. To express it in student terms: “CUEL”!" 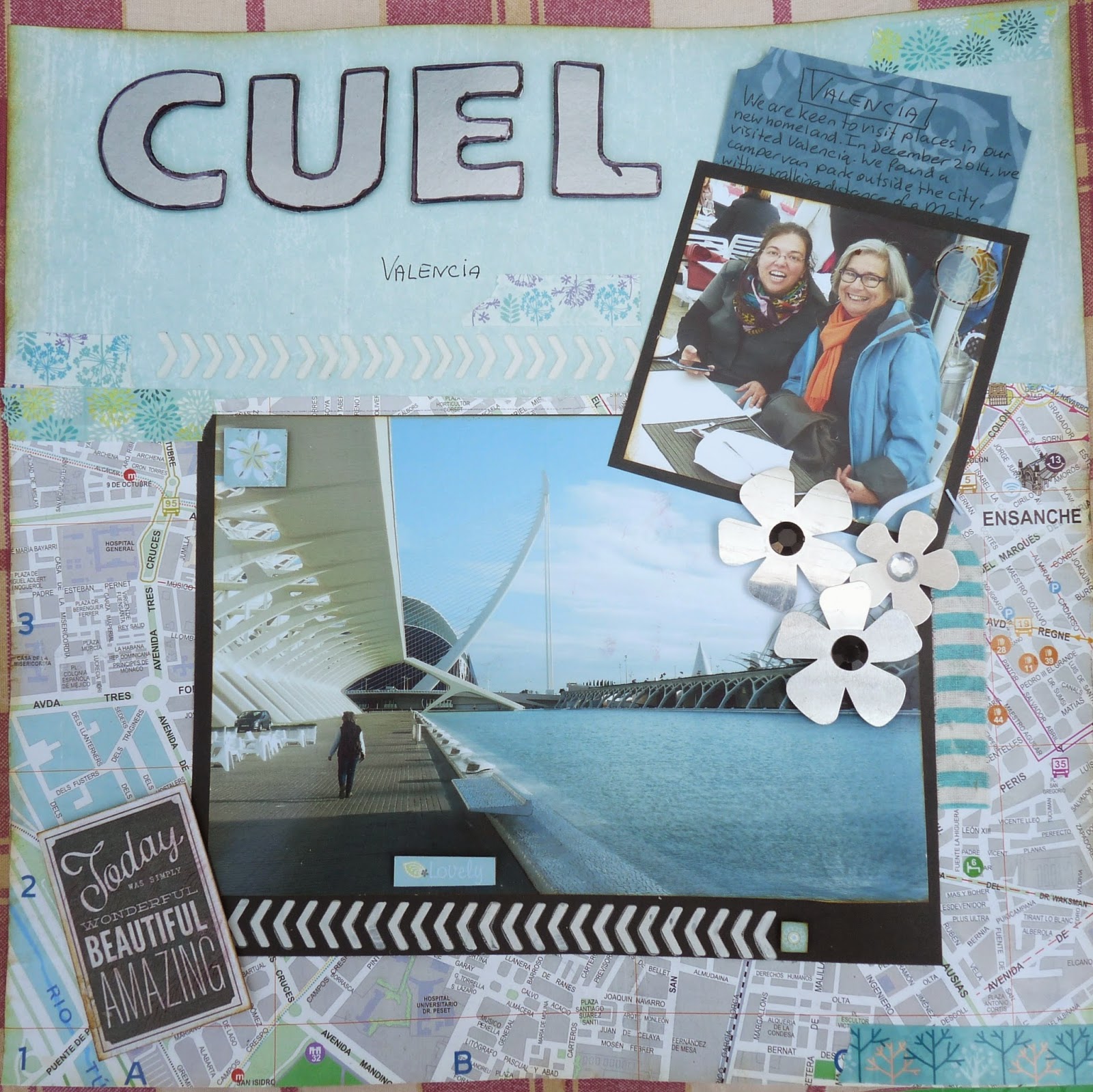 Now to our life in Spain: Last weekend was ‘Literary Weekend’ in our village. A stage was erected in the little park near our house and a lovely red classic lorry (1940) with a brass band on foot, paraded round the village advertising the theater company from Granada who would be performing. 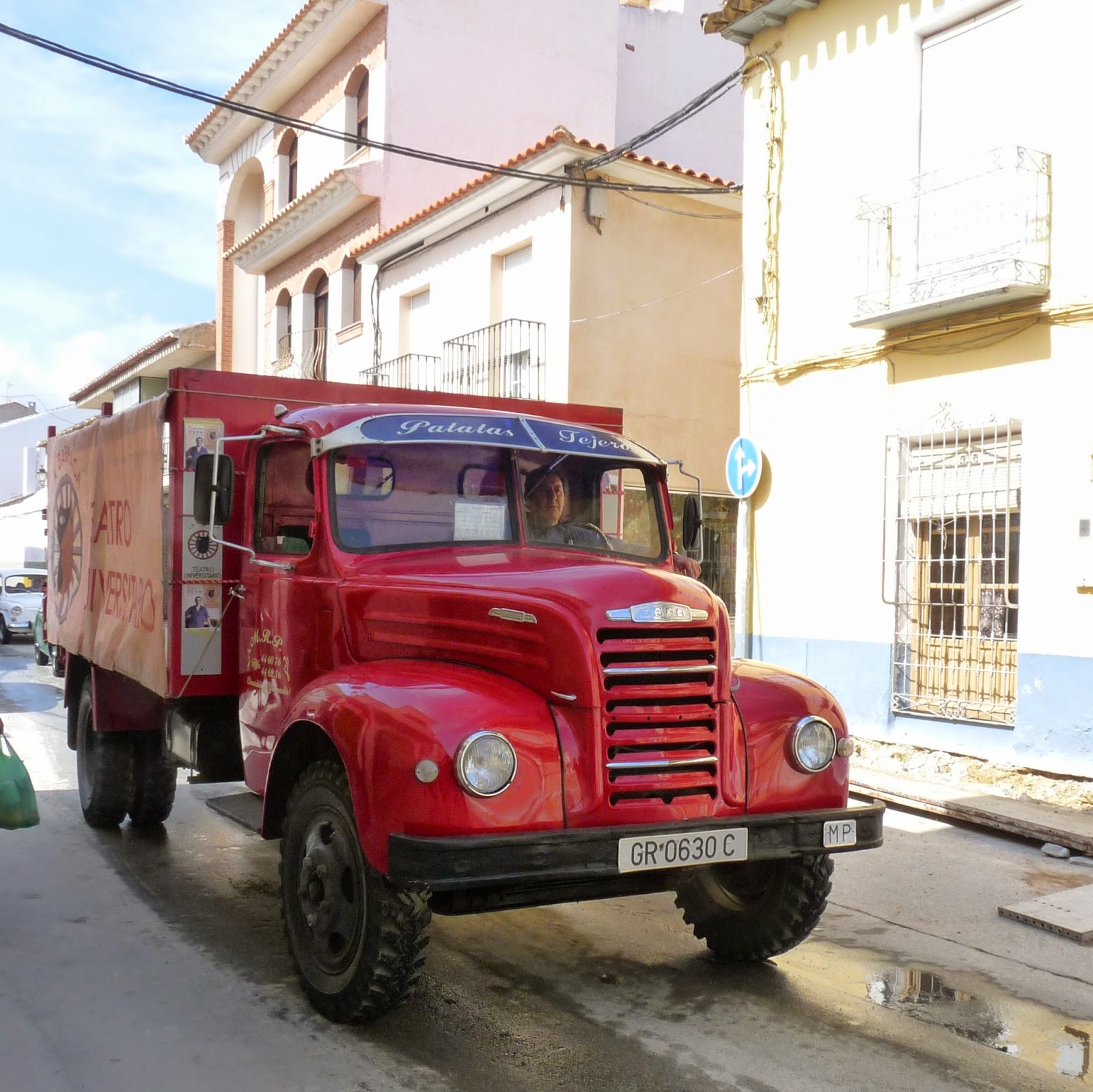 I just love that lorry and followed the band all along the high street like a little kid! 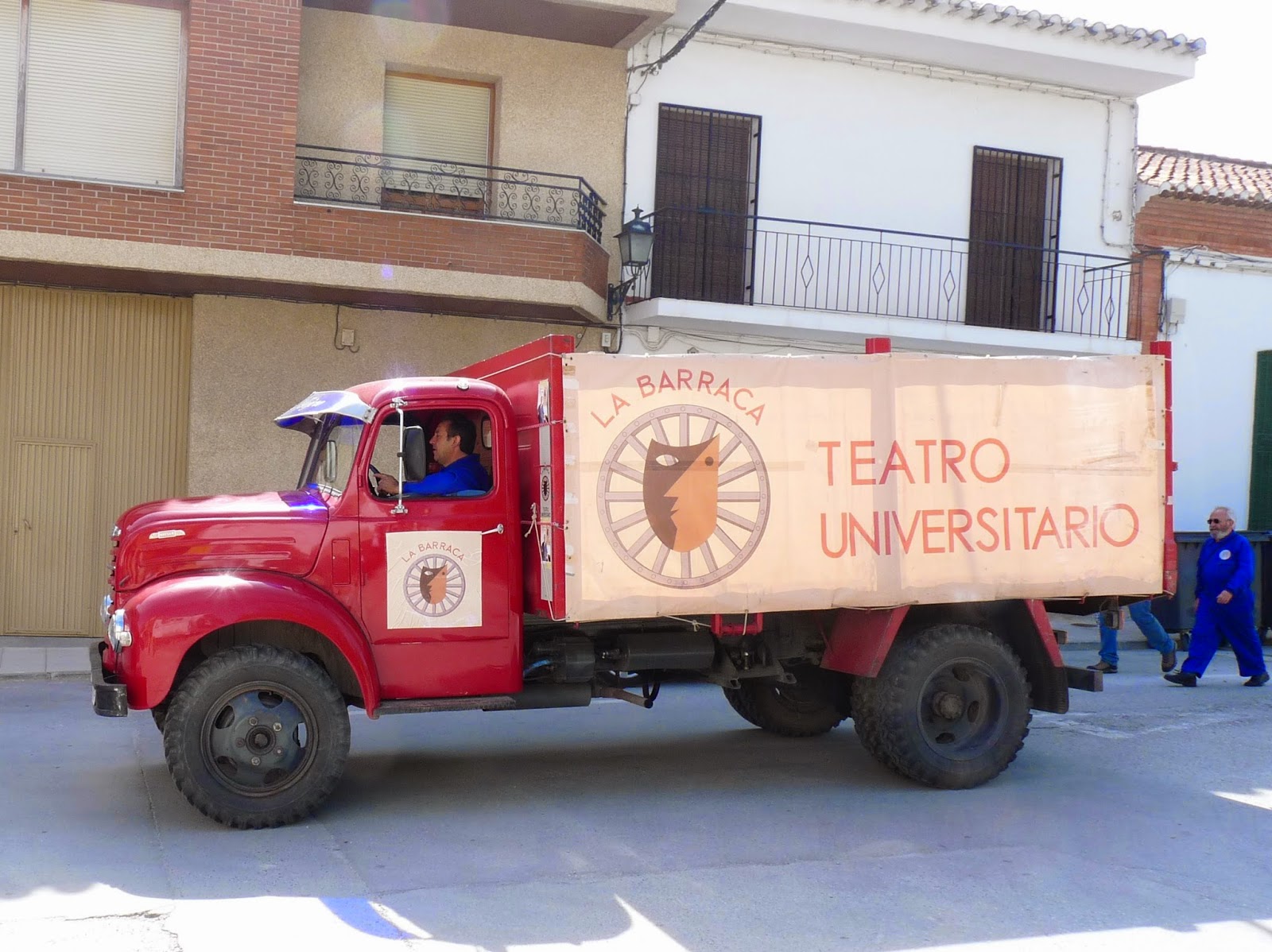 A group of girls were preparing the bar and were very keen to be photographed for my blog. Here they are (I know most of them from the gym). 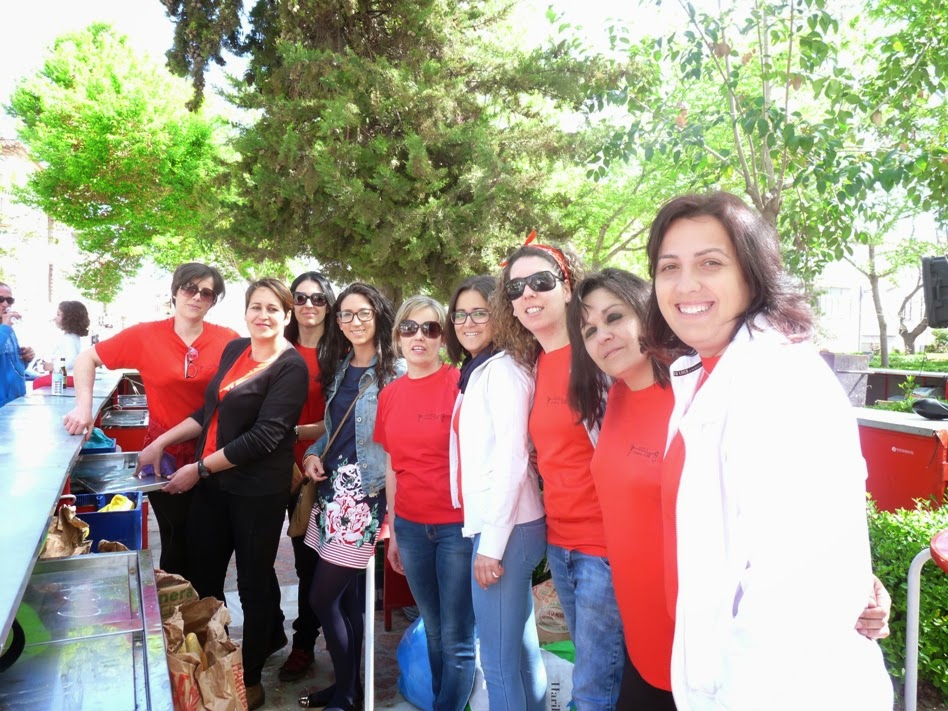 At two o’clock the paella was ready.  And my hubby and I (and some friends) went for the food and the drink. 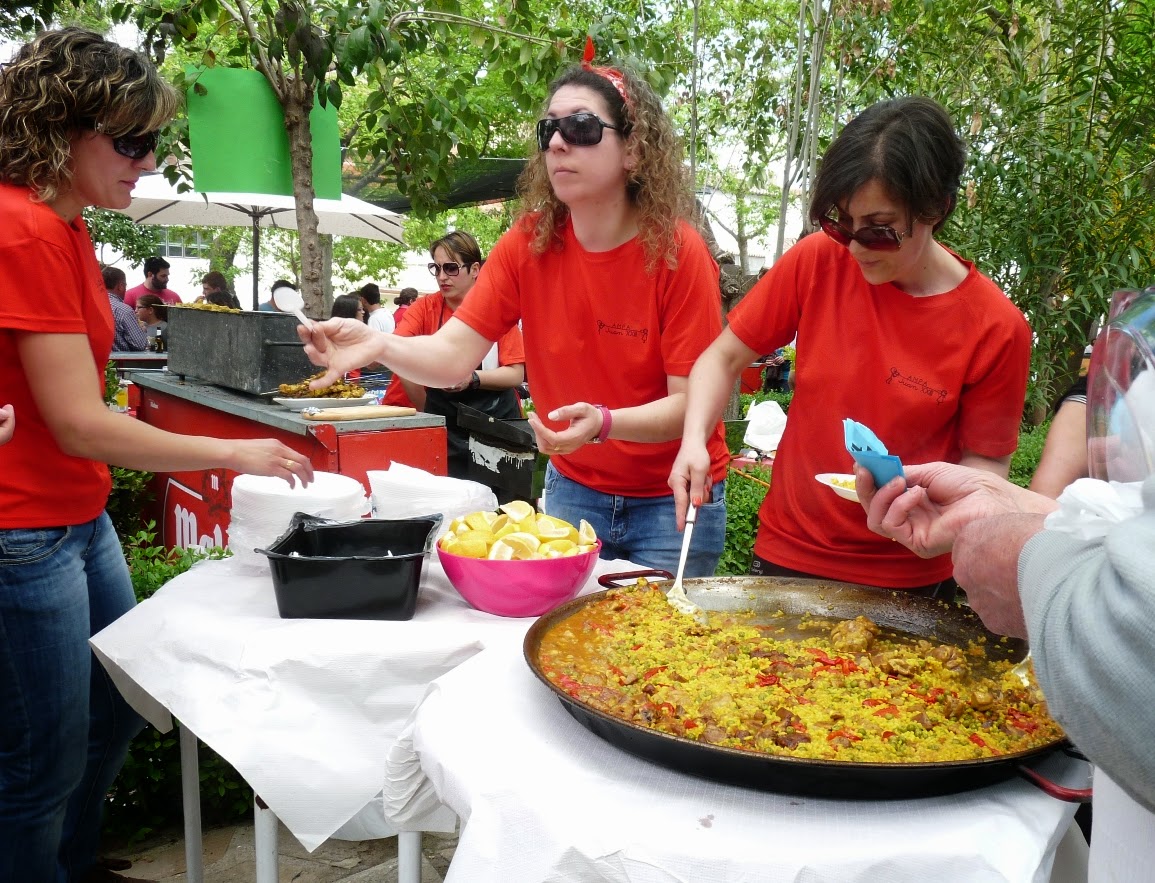 I didn’t think our  Spanish language skills would be sufficient to appreciate the theatre production, so we didn't go. But my friends said it was very well attended and it was very good. (It was free apart from the food and drink which was subsidised by the council and very cheap indeed).

Finally the sheep poo. It’s a postcard. (sorry it's not straight) 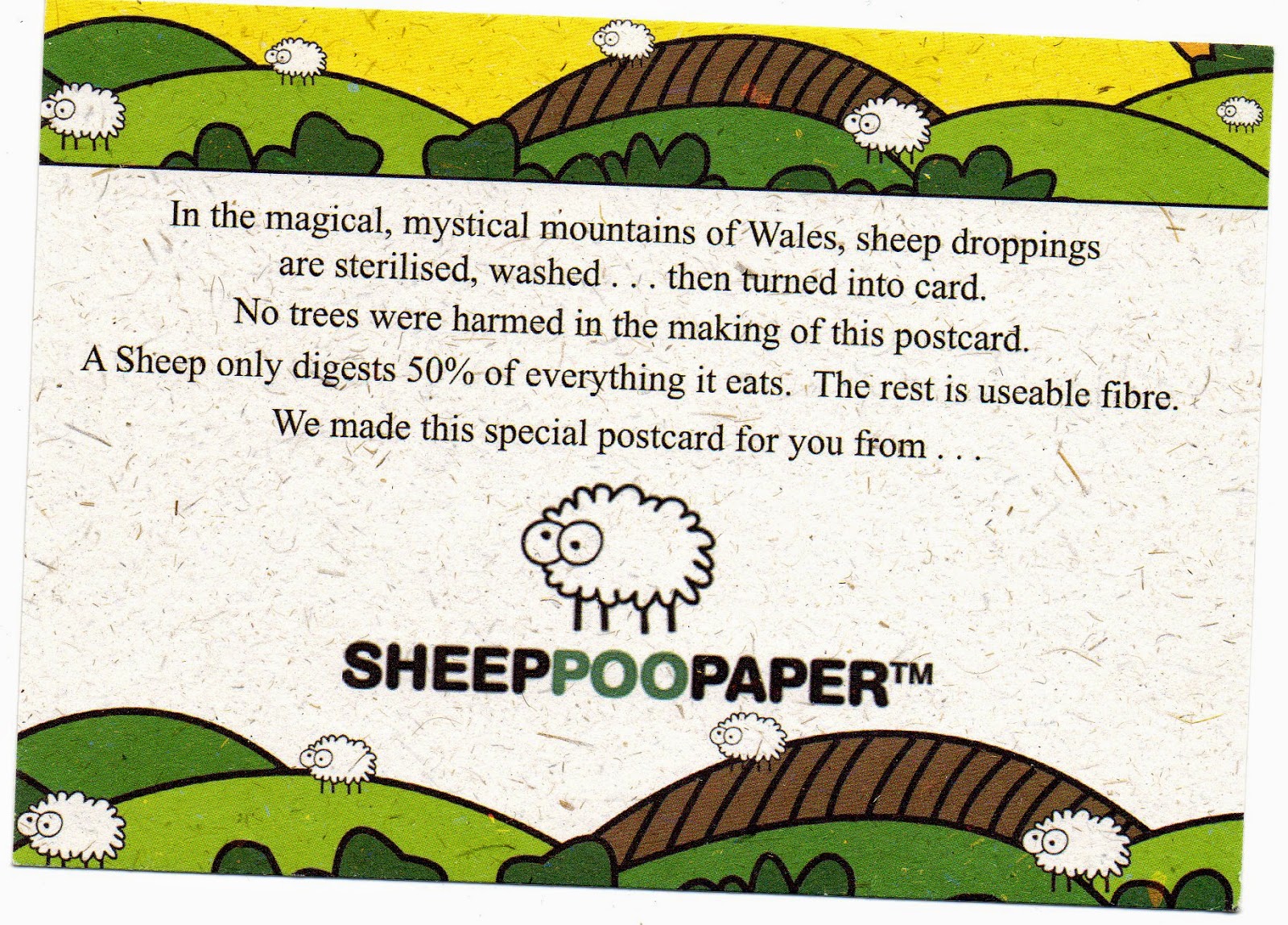 It reads: In the magical, mystical mountains of Wales, sheep droppings are sterilised and washed.... then turned into card. No trees were harmed in the making of this postcard. A sheep only digests 50% of everything it eats. The rest is usable fibre. We made this special postcard for you from.... sheep poo!

I don’t know if this sheep poo story is true or if it is just a joke, (The card doesn’t smell or anything) but I thought it was funny.

We’re off travelling again this Friday. We’re taking the campervan to England (via the Santander ferry) to visit children and grandies, then to Holland to visit my mum, and through Belgium and France back to Spain. 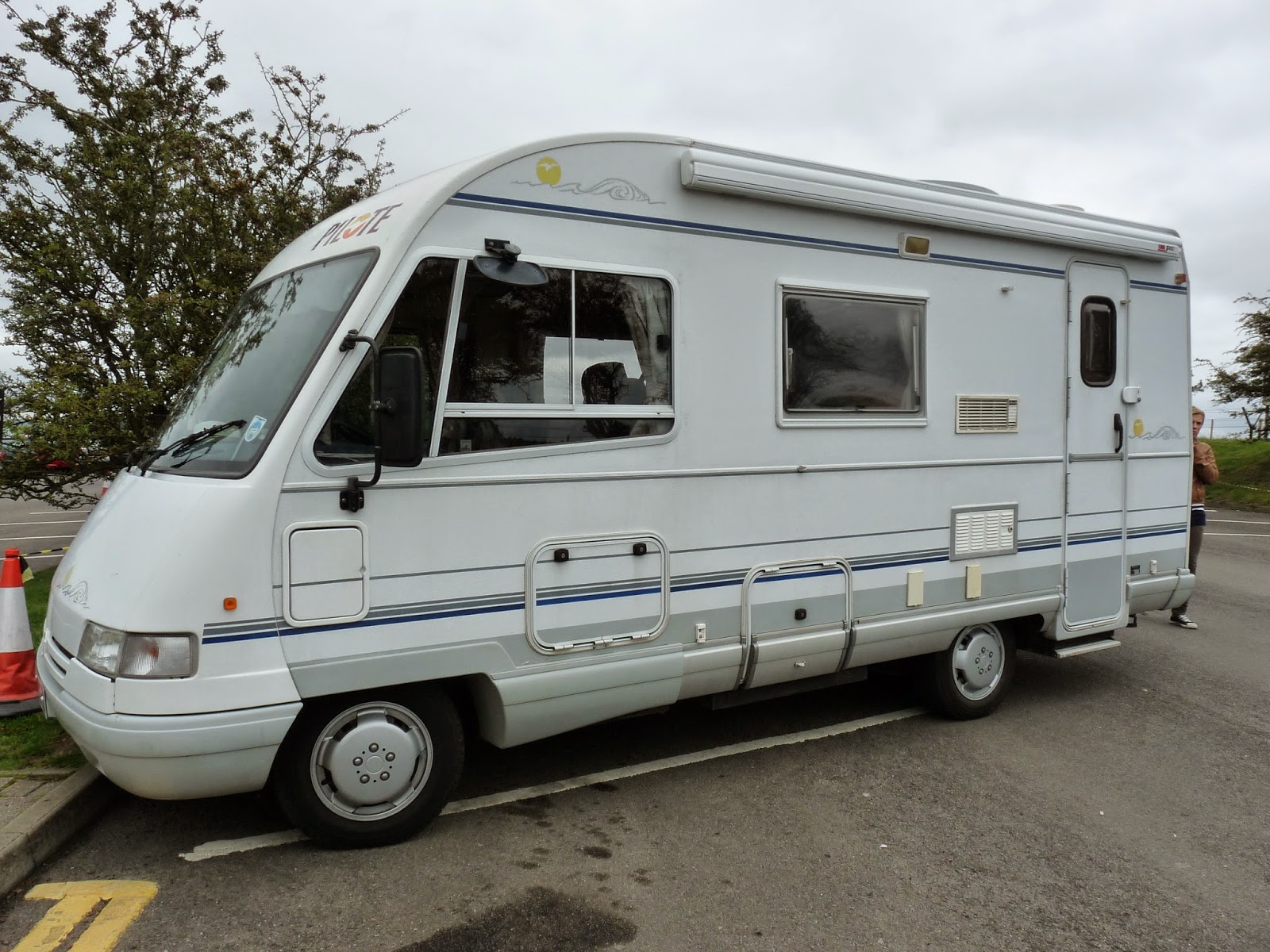 We will be away for 6 weeks. I’m not very good at blogging from my (android) tablet but I’ll try, depending also on finding wifi.

Anyway, that’s it for this week,

I wish everyone a great week and hopefully we’ll ‘meet’ again next Wednesday.
Lisca
Posted by Lisca at 00:11