Is it Friday again? Oh I lose count of the days. 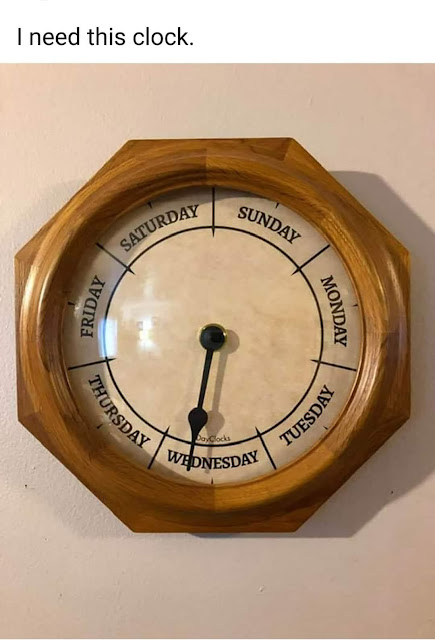 Another week has passed, another week in isolation (well, for most of us anyway). Things have not changed much for me as I'm retired and can please myself.  I do find that I am cooking and baking a lot more and yummy things. I think I will put on a lot of weight, which I am not aware of as I am living in track suits and comfy stuff. 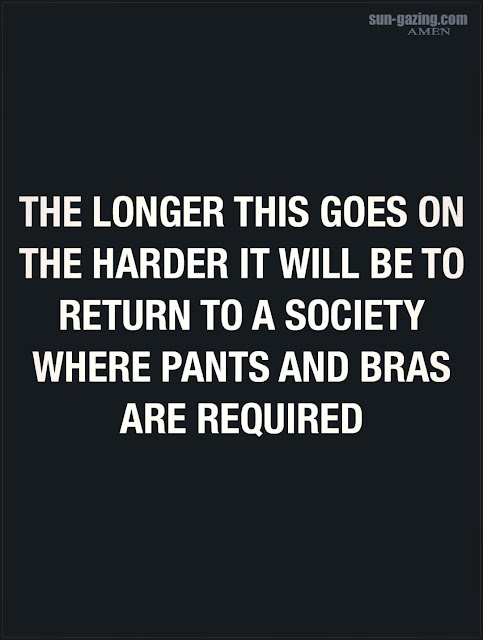 OK, this is the last virus joke. It's not funny! I hope everyone is safe and healthy and not needing medical care 'cause the hospitals are full as it is.

Let me show you my postcards. Here is one from Brasil. It is a replica of an old Italian postcard sent from Venice to a lady in Udine. 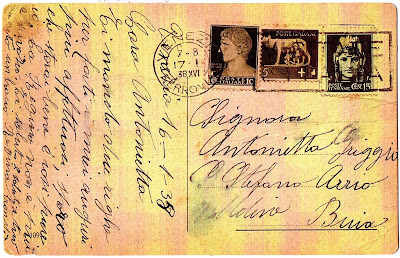 The stamps are so colourful, and if you look carefully, there is one specially for Annie! 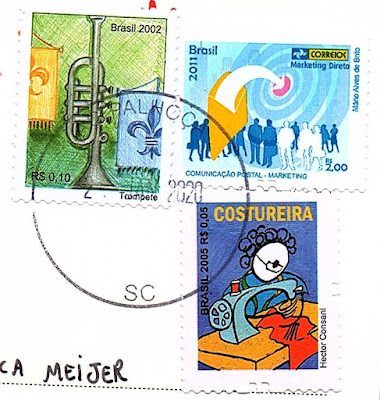 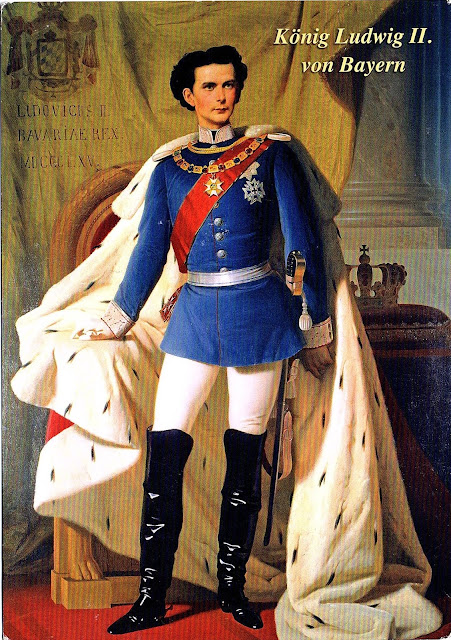 From what I have read, Ludwig was more interested in music (Wagner) and art and architecture, than ruling the country. He spent his personal fortune on building castles, like the famous Neuschwanstein: 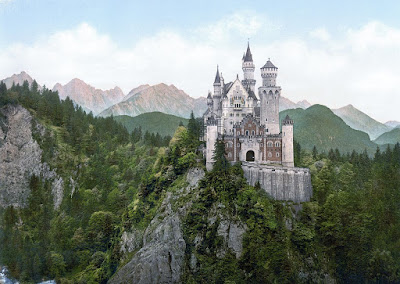 His enemies tried to get him declared insane because of this. He died very young, so say suicide by drowning. But it is thought that he was murdered.
After his death, from diaries and personal correspondence, it was discovered that he was homosexual. Perhaps that was another reason to kill him. An interesting character certainly.
The stamps are interesting, especially the yellow one about 500 years purity laws for German beer. 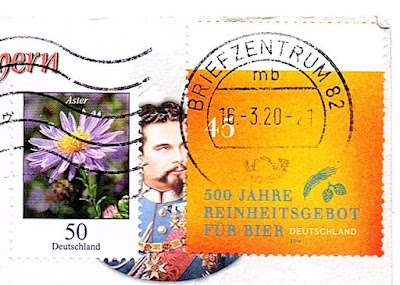 In keeping with the 1516 requirement, German beer is still a natural product. The basic principle of brewing has not changed to this day. To date, German breweries are not allowed to use artificial flavors, enzymes or preservatives. Brewing German beer is essentially limited to the use of the four natural ingredients water, hops, malt and yeast.

Now let me tell you what my week was like (perhaps a bit boring, but I'll tell you anyway).
I am enlarging these daily collages so my mum can see them too. Her eye sight is very bad and even with a special computer program that magnifies everything, she still has difficulty seeing these. 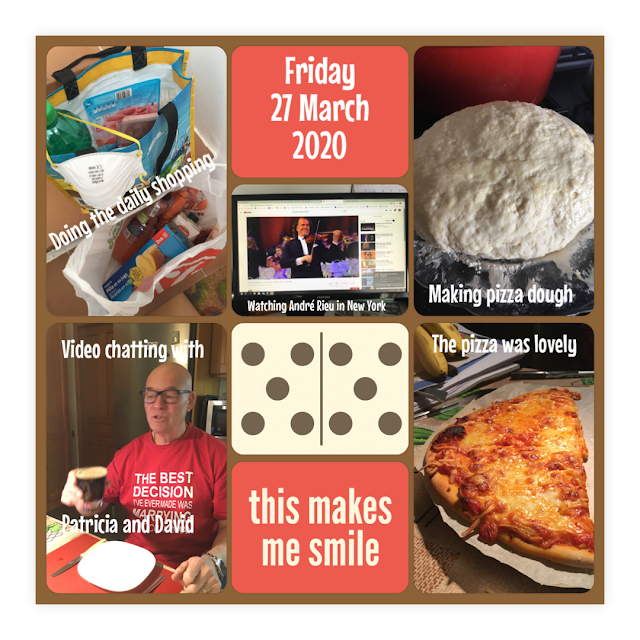 I discovered another Andre Rieu concert on YouTube that I hadn't seen yet (from New York), so I was playing that and singing/humming along with it. Definitely a highlight!

Last Friday we had a video conference with our friends, and we pretended to go out for a meal like we do every last Friday of the month. It was real fun and good to catch up with our friends. I made a pizza from scratch, and we 'dressed up'. Hubby wore a fun T-shirt: 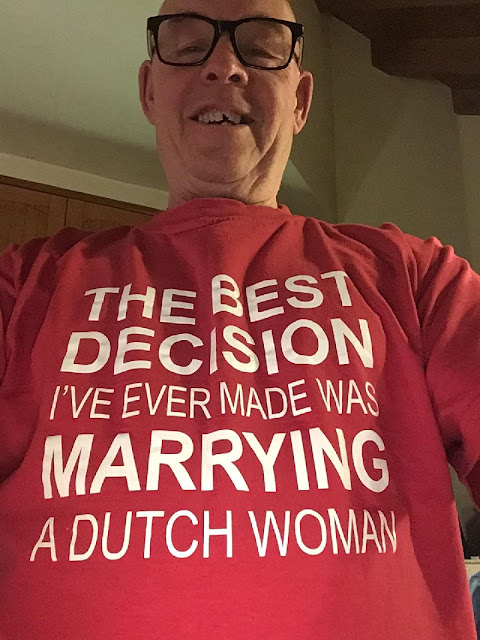 Saturday we had a bit of sunshine and I was able to sit out on the terrace to read my book.
Before the shutdown, my friend Dian had given me a pack of Lumaconi pasta (lumaconi means big snails). And I had fun cooking those with a sort of pesto. It should have been split peas, but I couldn't find them. So I used red lentils and the basil leaves that were still on a very sorry looking plant I had in the kitchen. (I did find the split peas a few days later) 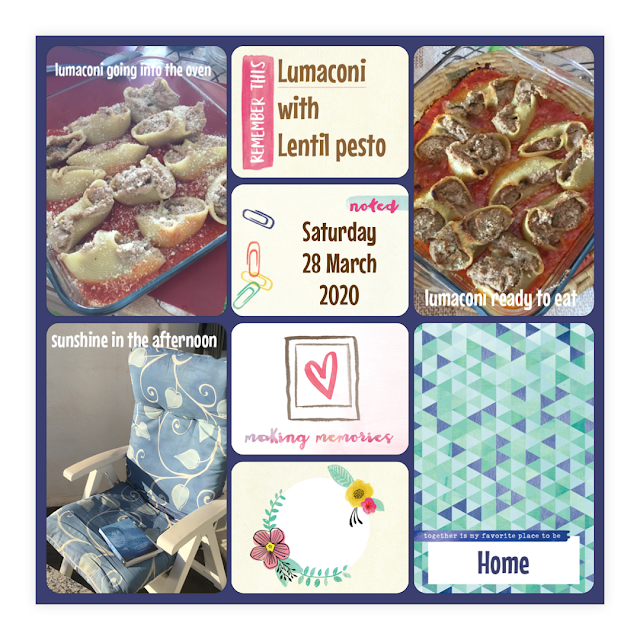 Sunday was sunny too, so hubby took the opportunity to take down the chimney and cleaning it as we suspected (correctly) that there was quite a lot of soot clogging the pipe. 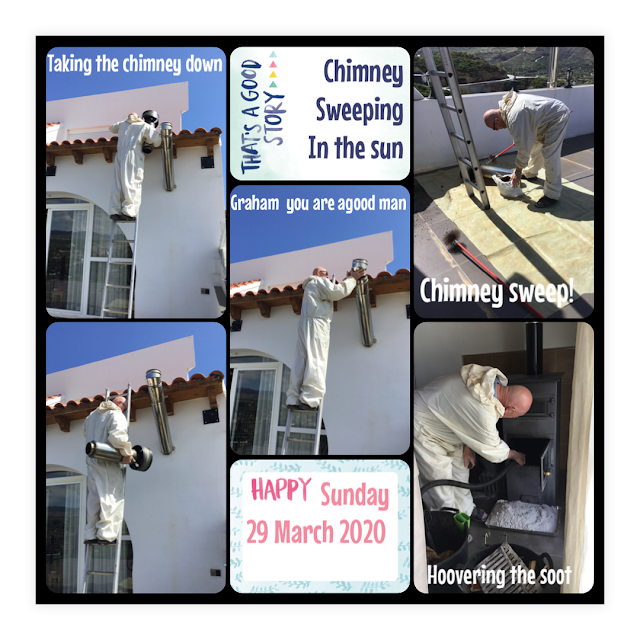 Monday the rain was back, but I managed to dodge the showers and pop to the post office. Hubby went to our plot and harvested a lot of spinach! So I made a tortilla de patatas with some spinach. 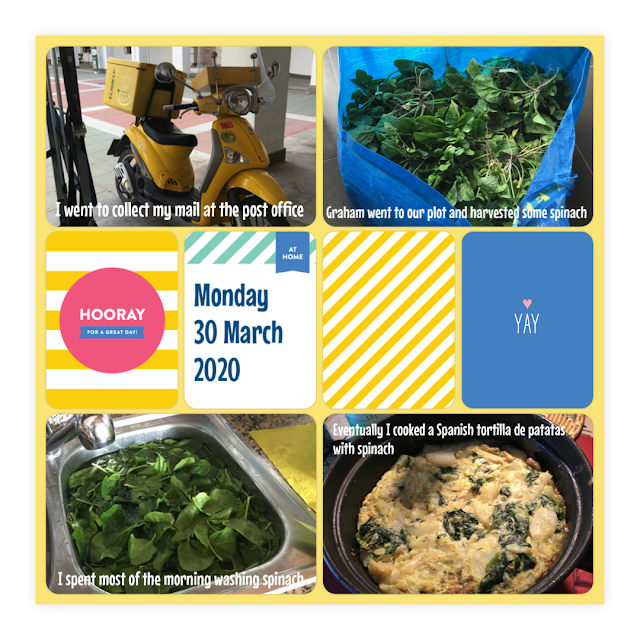 I have rigged up my Wii Fit and I do my routine every morning before breakfast (hubby makes the tea meanwhile). He went to our plot again and more spinach arrived. I spent most of the day washing and picking over the spinach. 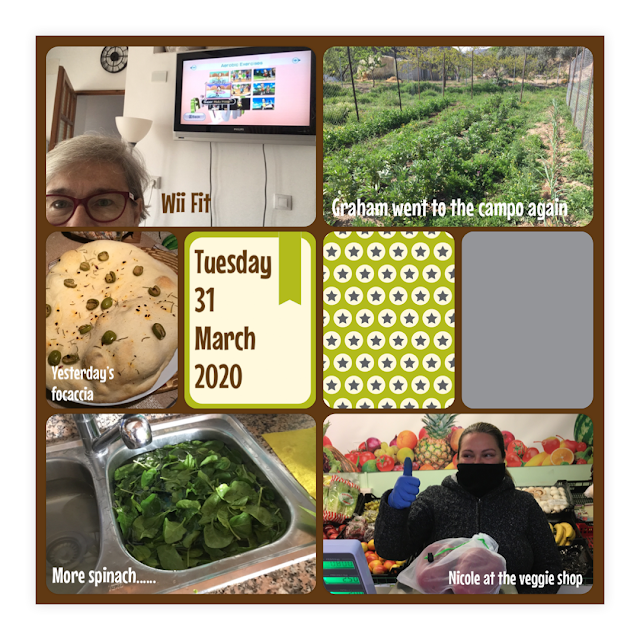 On Wednesday I made real Dutch pea soup. I found that packet of dried peas in the pantry and I bought a nice piece of pork and off I went. It was delicious! I made a small loaf of bread of the dough that was left in the fridge from the day before.
But the rice pudding was a disappointment. I tried to make it in my Remoska (Electric pan) and I think I should have put more milk in. It was very dry. I used paella rice (no pudding rice here) but I will definitely try again. 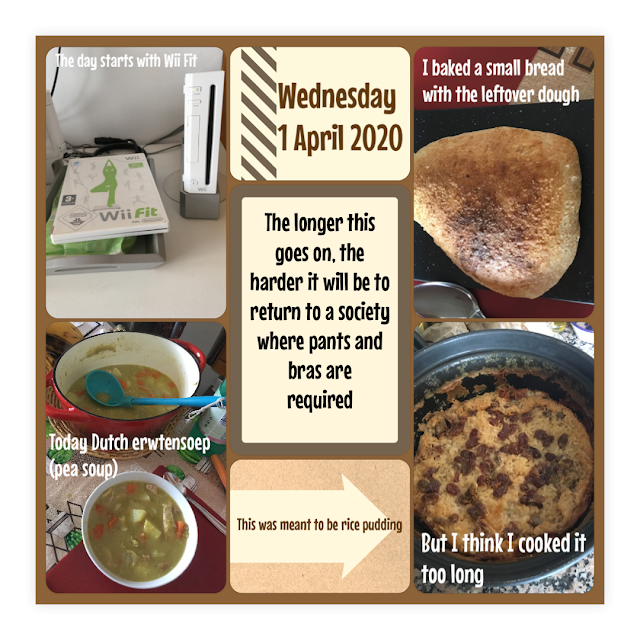 Yesterday was another successful cooking and baking day. Our main meal was 'toad-in-the-hole' with chipolata sausages. There was a recipe in the Daily Mail (29 march), and it was perfect! 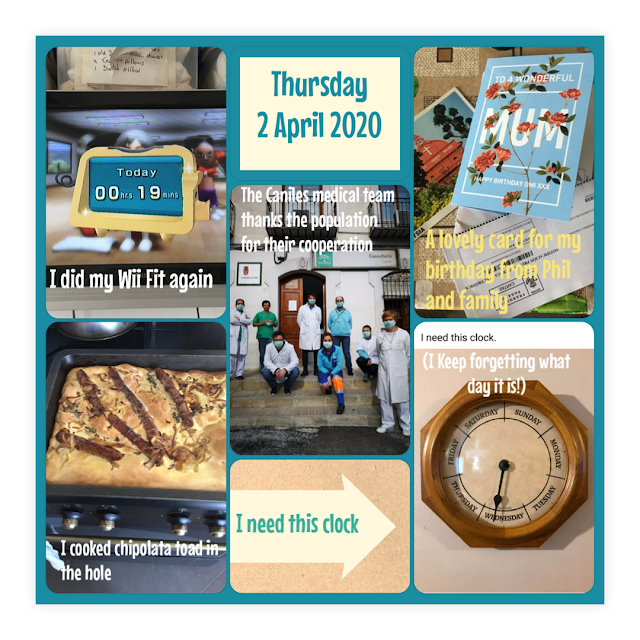 There was this photo on Facebook of our village medical team saying thank you to the population for cooperating in these difficult times. The guy in green scrubs on the left is our GP Pedro. He speaks English and is ever so kind.

That is all from me today. As usual there will be some funnies at the end. (nothing virussy).
And then I will visit (and link in with) Annie at A Stitch in Time and with Virginia at Rocking your World Friday. 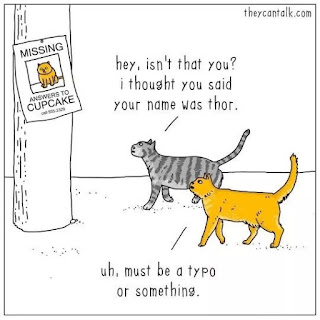 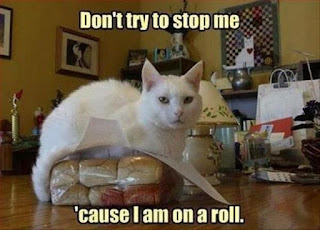 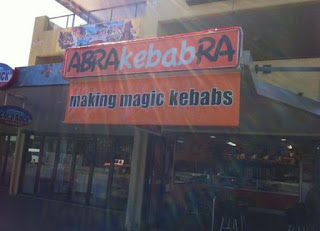 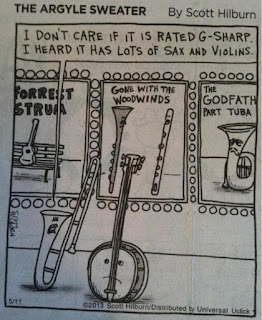 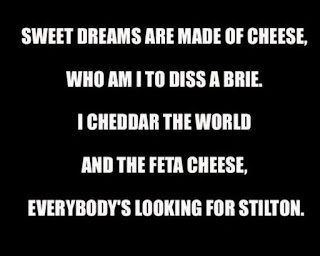 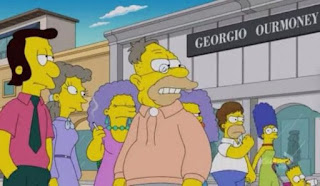 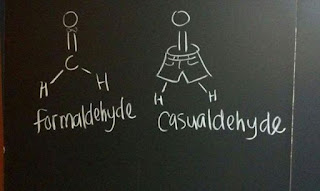 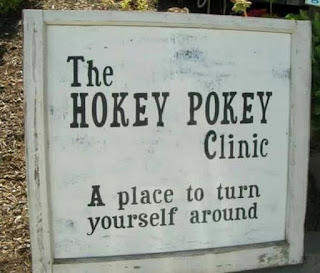 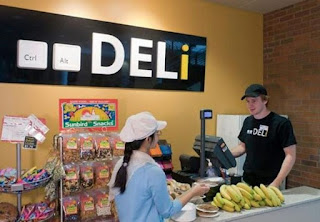 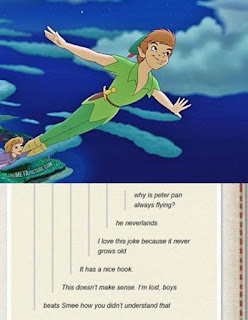 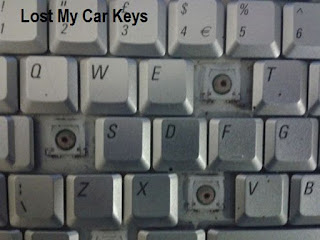 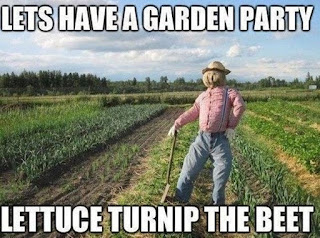