Hello lovely people, how are you all coping? Things seem to be developing in the right direction, but not fast enough for my taste! How about our summer holiday? (All booked and paid for). I suppose many of you will have the same worries or worse. But here we are to celebrate the good things this week and the silver lining on this great big C-cloud.

Of course my smiles come from my postcards. I received another 4 this week. All from Germany, which is one of the countries we still are able to receive mail from. The card I am going to show you arrived before the spread of the virus. It comes from Indonesia. It shows a photo of the wedding of Kahiyang Ayu, the only daughter of President Jaka Widodo, with  Bobby Afif Nasution. 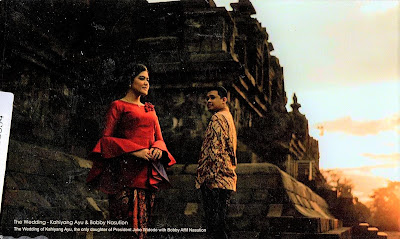 The card was sent to me by Ririn, and he/she tels me the couple was photographed at the Borobudur Buddhist temple. Bobby is wearing a traditional batik shirt. (Batik is an Indonesian wax-resist dyeing technique.)
They wed on the 8th of November 2017. It was televised and watched by millions of  people. “I give the hand of my daughter Kahiyang Ayu in marriage to Muhammad Bobby Afif Nasution, son of the late Erwin Nasution, with a dowry of prayer clothes and 80 grams of gold,” Widodo said in the ceremony,"

Here are two more photos of the happy couple: 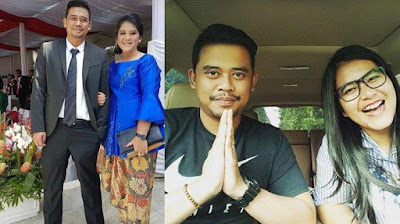 The stamps on the card are beautiful: 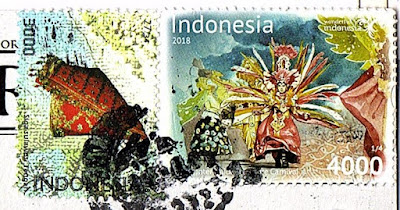 The one on the right is from a series of stamps about the carnaval. 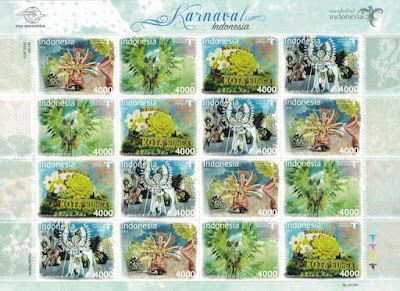 And the stamp on my card represents the Batam Carnival. (Batam is an island across the water from Singapore.) I found a photo of the carneval last December: 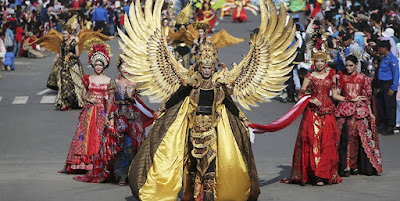 The stamp on the left (which is turned on its side) is from a series of headgear from 34 provinces. You'l find 'my' stamp in the right hand column. 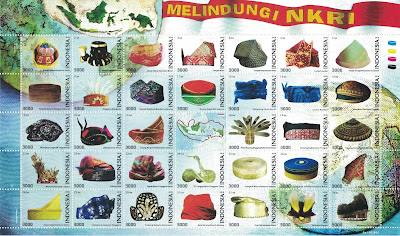 It is a headdress from Sulawesi Tengah, which is Central Sulawesi, (what we used to call Celebes).
Here is a similar headdress in a different colour: 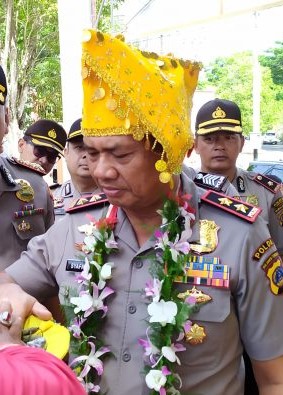 How was your week? I will show you the collages I made of my week.

I made soup from half a butternut squash that I had lying about. I also love doing this 'painting by numbers' (called Happy Colour) and you can see the pretty flower I coloured. 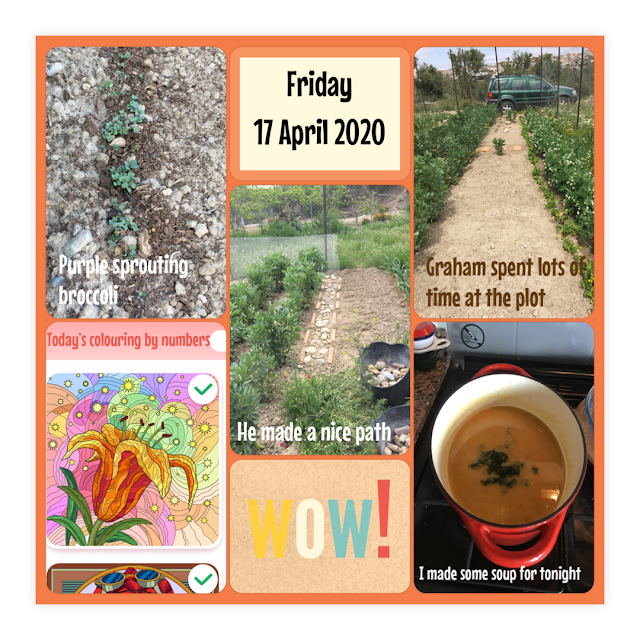 As you can see my jigsaw puzzle is coming on. 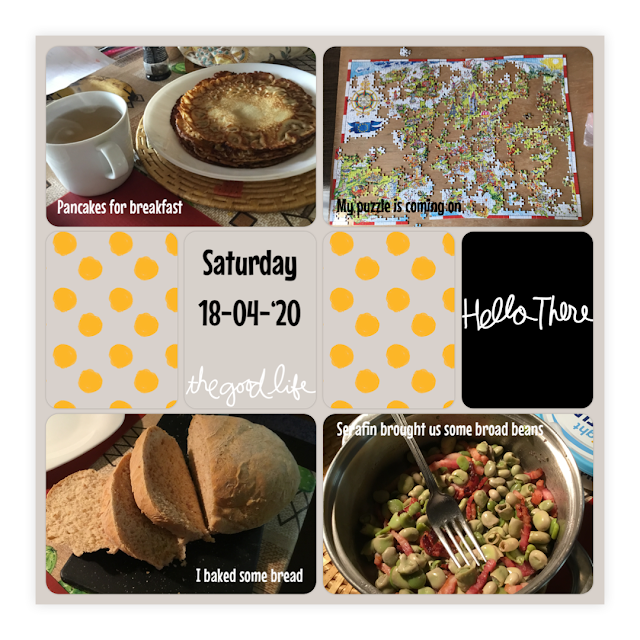 The weather is still bad. 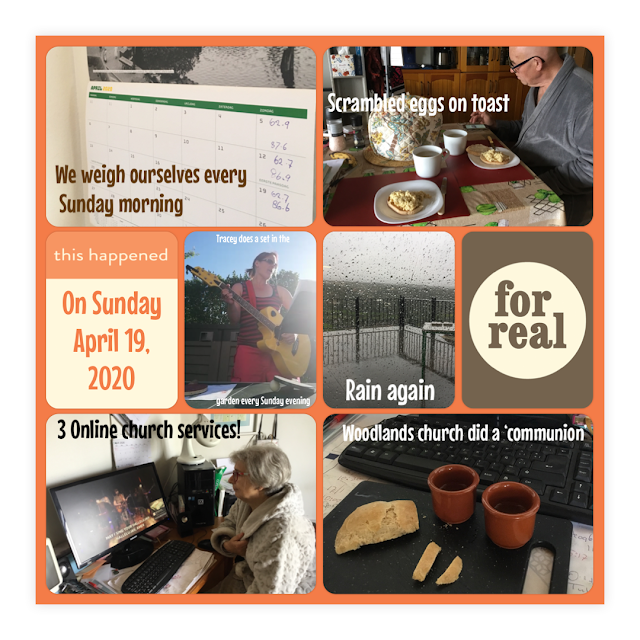 On Tuesday I had to go to the hospital for my yearly mammogram. The roads were empty, and the hospital was very quiet and relaxed. There have been only 5 confirmed cases of the virus (and they were from outside the area). Because of that, our area will be one of the first to start 'normalizing' slowly. 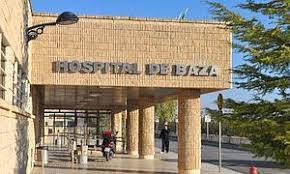 Hubby has finished the cave ceilings. We have a cave house next door to our house and the ceilings were crumbling dangerously after the house had got damp. So now hubby has made arched ceilings in all the rooms, and this was the last one. 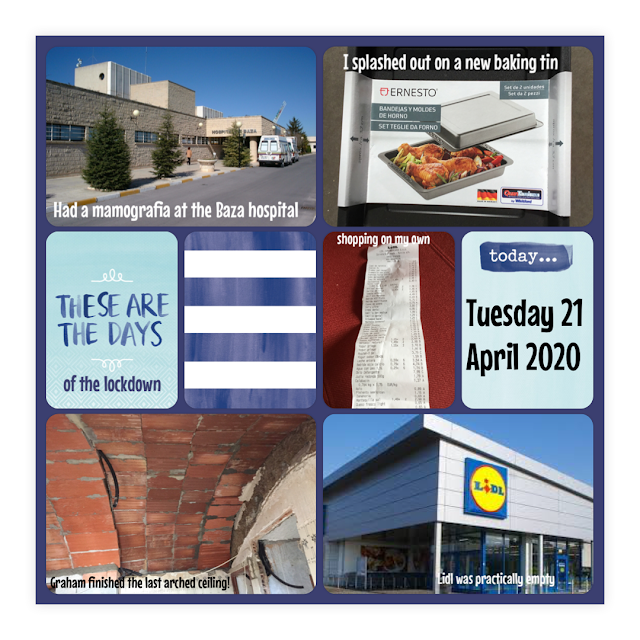 The first sunny day, and of course I let the washing machine do some work.
I coloured a particularly beautiful image that day.
The book I finished was OK but it felt like a young adult sort of book, although it was not advertised as such. The title 'Unplanned' refers to pregnancy as the protagonist Kennedy gets involved with a pro-life charity. 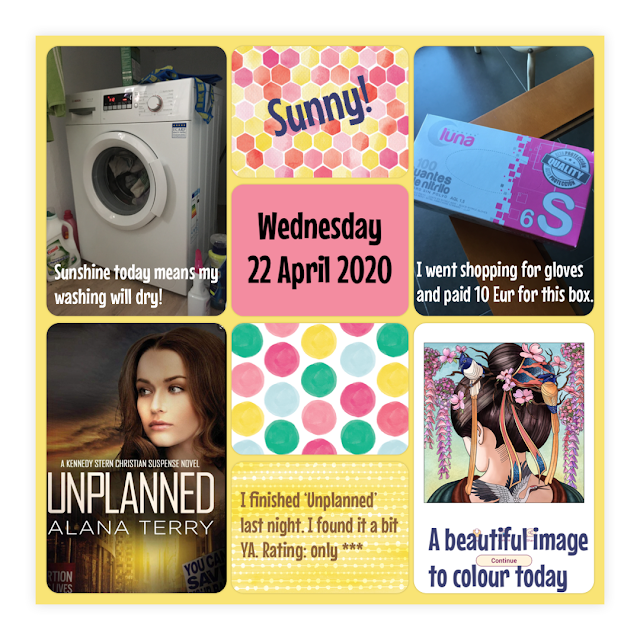 Yes, I know, there are only 5 collages. I didn't do one every day. On Monday and Thursday, I didn't take any photos as I just spent the day indoors doing mundane things. There was nothing to report, so to speak.

Here is a little fun game that our d-i-l sent us. They are all names of countries. For example number 10 shows Philip Schofield and some pines, that would be  the Philipines. Get it? Answers next week. 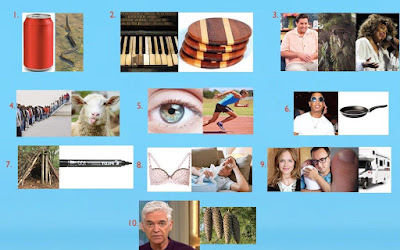 Of course I will give you a few funnies at the end (apologies for the F word).

That is it from me today. I'm going to link up with Annie at A Stitch In Time and with Virginia at Rocking Your Week Friday. 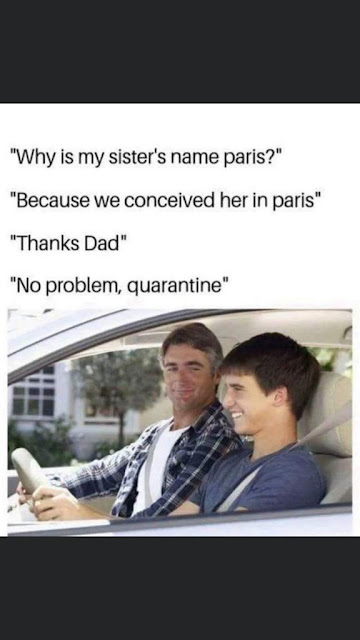 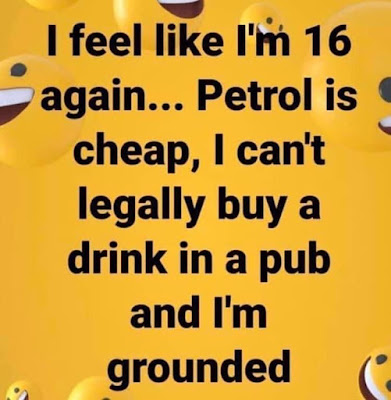 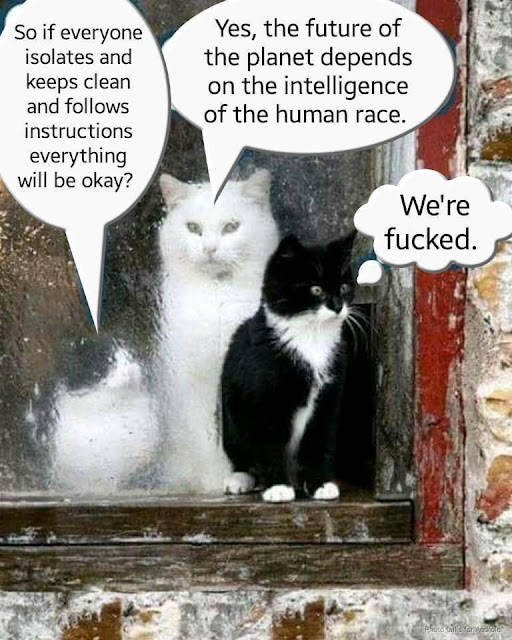 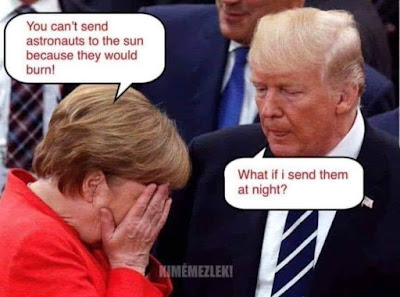 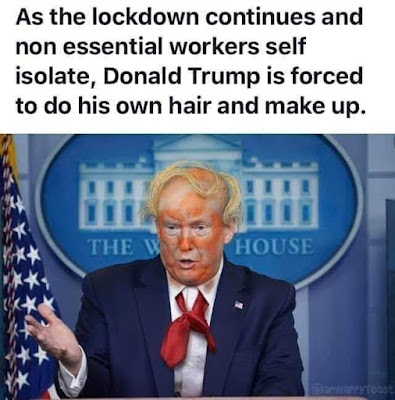 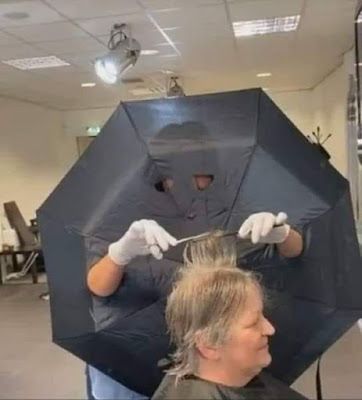