Hello lovely ladies,
Are you all ready to join the T-Party, hosted by Elizabeth and Bleubeard at AlteredBookLover? Let the fun begin!

First off are my postcards. I received another card from Taiwan. That is a country where Postcrossing is very popular. This one has as title:"A new mapp ofy empire 1669" 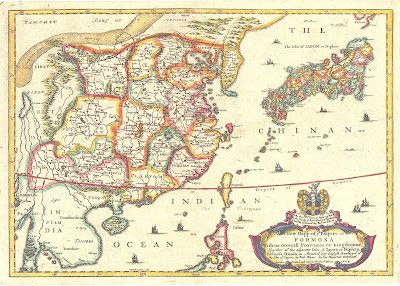 Taiwan (or Formosa as it was called) is seen as a yellow fish shaped island in the middle of the red line (the tropic of Cancer).
The caption at the bottom reads: 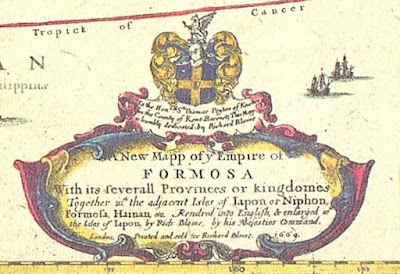 "A New Map of y Empire of Formosa
With its several provinces or kingdomes
Together with the adjacent isles of Japon or Niphon."
It seems that the cartographer thought that China was part of Taiwan. I have tried to find info to that effect but have not found anything to support this assumption.
The stamps are pretty and have trees on them. 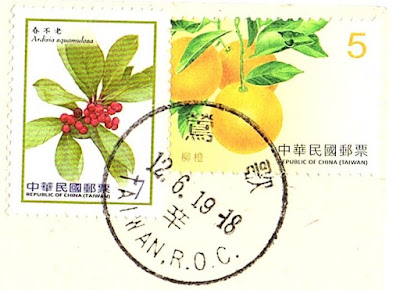 On the left is the Ardisia Squamulosa, a medicinal plant, possibly endemic in and rather common throughout the Philippines (but obviously in Taiwan too). The flowers and fruits are cooked as a flavouring with fish. The leaves are used to soothe and heal wounds. The stamp on the right probably shows mandarins oranges.
My next card comes from Germany and shows a painting by Bernardo Bellotto, better known as Canaletto. 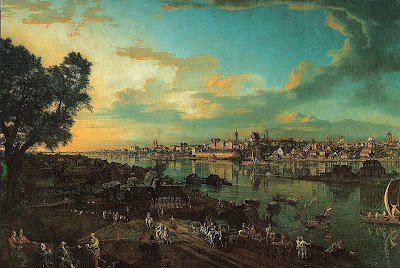 It shows the view of Warsaw from the side of Praga suburb in 1770.

On Thursday night hubby and I and two of our friends went to the theater in the nearby town of Baza. We'd never been there before so that was a real treat.
After we had parked we walked down the street to find horse riders in the street. We see this quite often as Andalucia is well known for its horses. 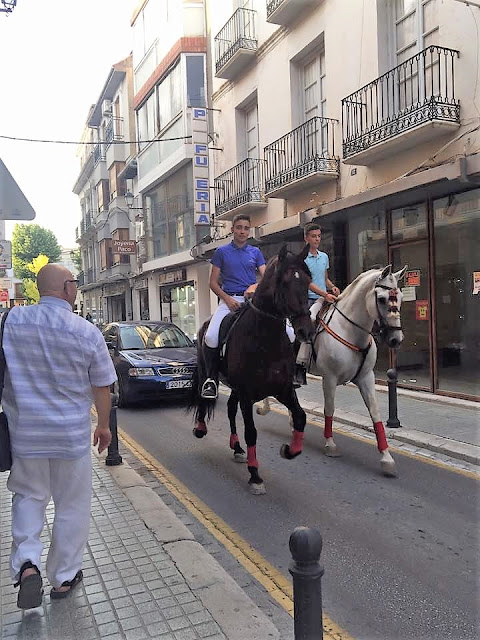 The theater is called Teatro Dengra. It is the white building in the middle of the photo. 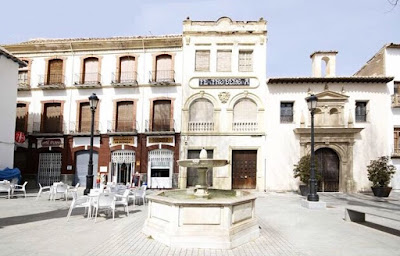 The table and chairs belong to the bar on the left and indeed we went for a drink afterwards. 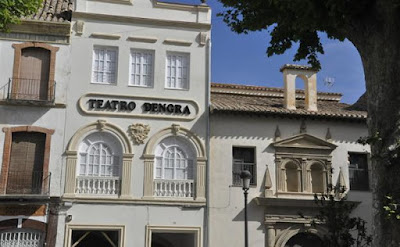 We went in through the big doors at the front and then found ourselves in this beautiful courtyard. 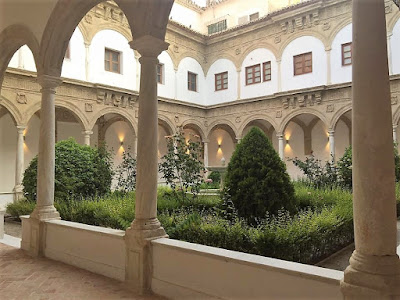 We could choose our seats (on a first come basis). Our friends wanted to sit upstairs on the balcony, so that is where we went. 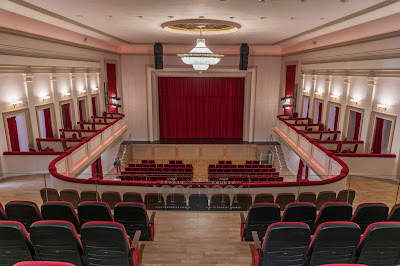 The chandelier was gorgeous, but the photo doesn't do it justice. 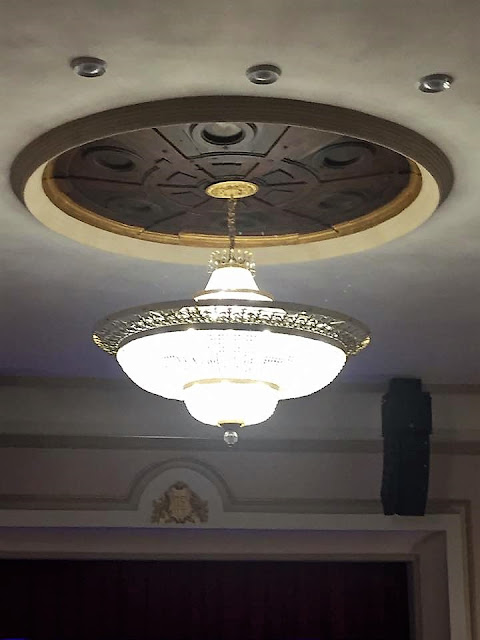 We had a good view of the stage. 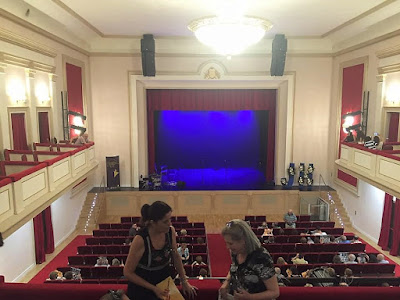 We came to see a performance of Gospel Sounds, a gospel choir from Granada. They were very good and we really enjoyed the show. 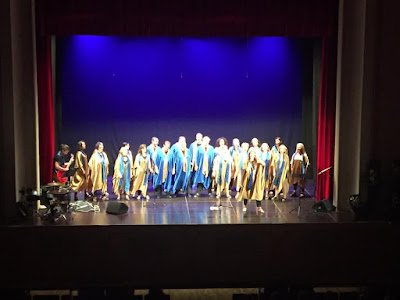 Now for my drink related qualifier to the T-Party:
No, no wine this time. You might well think that all we do is drink wine. But actually, we drink a lot of tea and infusions. This is a new one I bought only the other day. Our European friends will notice that the brand is Lord Nelson, which is Lidl. 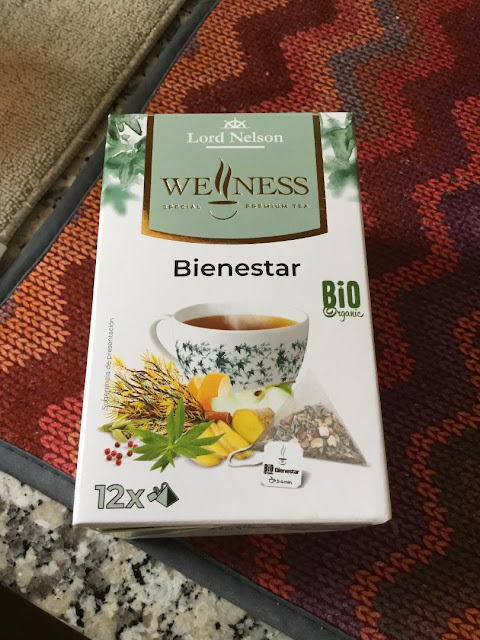 It has apple, orange skin, lemon verbena, rooibos, ginger, cinnamon, orange aroma, red pepper, and cardamon.
And this is what it looks like: 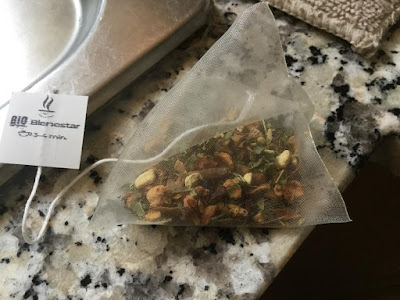 And it tastes very nice. Not at all too gingery as i don't like ginger.