I have prepared this blog in advance as we are traveling. We are visiting my son and his family in Italy. I don't seem to be able to blog from my ipad so this is scheduled. 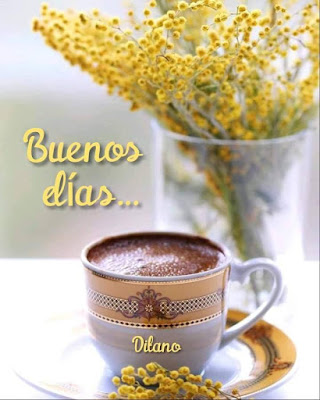 I do have some postcards to show you. This one comes from Germany. It is a beautiful door of a farm in Jork im Alten Land. 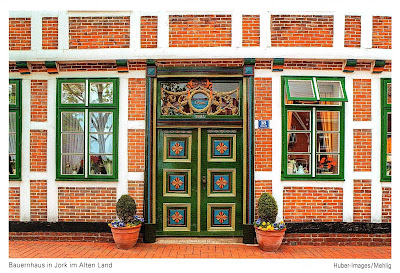 Jork is a small town on the left bank of the Elbe, near Hamburg (Germany).
Jork belongs to the district of Stade, in Lower Saxony. The town is the capital of the Altes Land, one of the biggest fruit growing areas in Europe, and Jork is home to a Fruit Research Center.

It looks like a beautiful building. I found other lovely buildings in Jork (Wikipedia photos): 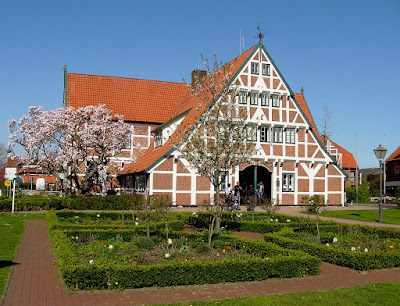 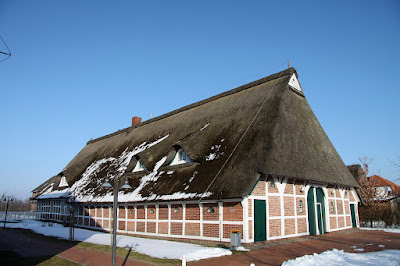 The stamps are beautiful. The flower on the left is called Hasenglöckchen which is supposed to be a Harebell in English. I think it is a bluebell.  I like the bluebells and on the right is a snail. I don't know that I want them near my bluebells though...

The next card is a painting called 'Girls by the sea', oil on canvas by Aleksandr Averin. He is a contemporary Russian artist that apparently sells a lot of his paintings and I can see why. I like it a lot. 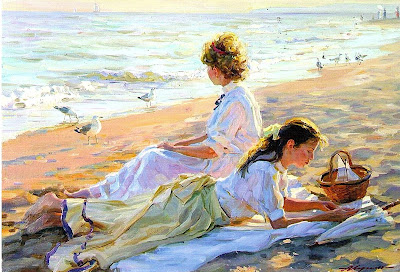 We are in a place called Guardiagrele, where i used to live and work. My son still lives there with his wife and 4 yr old son. Here is an aerial photo of the little town.

Guardiagrele is in Abruzzo, in the middle of Italy, where the Appenine mountains meet the Adriatic sea. 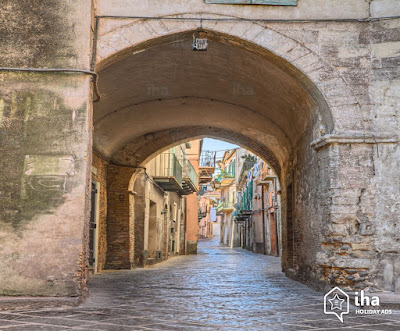 Two street scenes. The above photo is a passage underneath the big church in the centre. Inside the passage you can just about see a green door. That was where the library used to be when I lived there in the 70 and 80s. The photo below is the main street, which is pedestrianized and is always full of people. 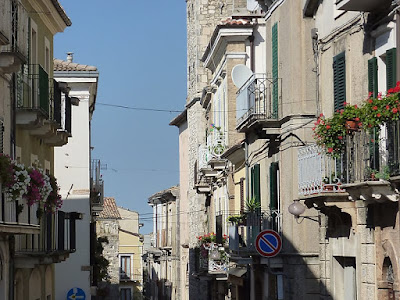 I shall take a lot of pictures and post them when I get back for the T-Party of the 21st of May.

I probably won't be able to do comments either. They just won't come through. So I apologize in advance that although I will visit all of your blogs, you might not get a comment. My son has a desk top computer but it is an Apple Mac which is of the same family as
my ipad, so I don't think that will be any better.

Happy T-Day all of you,
Blessings,
Lisca