Hello lovely people,
Here we are again at the end of the week (and at the end of the month). I hope you are all well.
We have just come back from our trip to Italy. I'll tell you more, but first let's have a look at my postcards. This postcard with the stamps was included in an order I did for postcards from Poland. The company is called Postrabbits. Someone called Sylvia wrote the card thanking me for visiting Postrabbit (and ordering) and she hopes their postcards make me smile. Well, they certainly do. 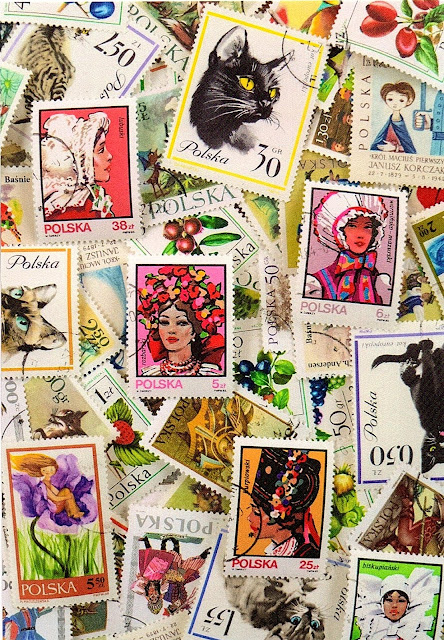 The next card comes from the USA. It features the Miller High Life Girl In The Moon through the years. Emily writes: "Hello from Wisconsin. I hope you like the Girl in the Moon, the mascot for Miller beer which is made locally. The card shows how she changed over time." 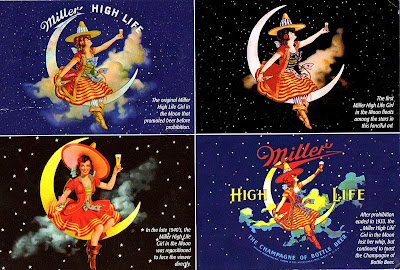 The stamps are great and Emily has added some cute stickers too. The stamp in the middle shows Cordell Hull. I have written about him before in my blog of the 26th of April (Link here). He is a Nobel Prize winner. Benjamin West:

Benjamin West  (October 10, 1738 – March 11, 1820) was a British North American history painter around and after the time of the American War of Independence and the Seven Years' War. He was the second president of the Royal Academy in London, serving from 1792 to 1805 and 1806 to 1820. He was offered a knighthood by the British Crown, but declined it, believing that he should instead be made a peer.[1] He said that "Art is the representation of human beauty, ideally perfect in design, graceful and noble in attitude."

As you might know the weather in Italy was awful. It rained almost non-stop for two weeks. So lots of indoor activities. My four year old grandson goes to a little swimming class every Saturday morning. They teach them to swim doggy fashion with these foam things. 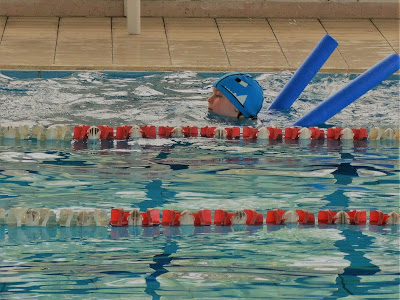 And as it is Friday Smiles, I can tell you that this photo of my grandson made me smile. 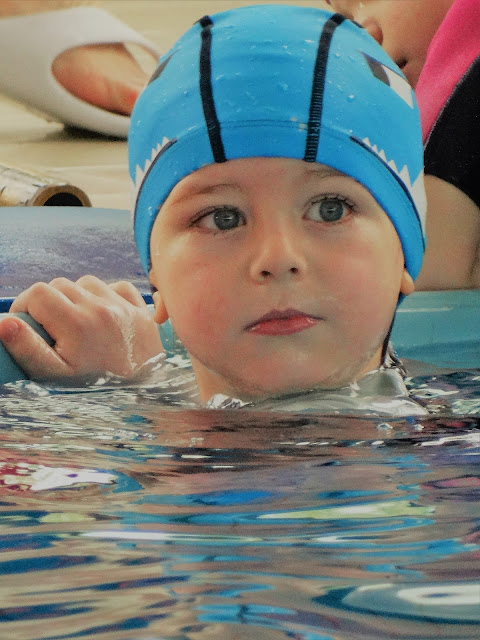 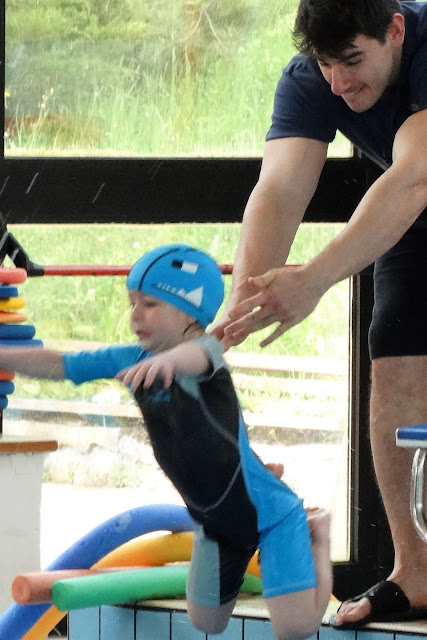 One evening I heard some music outside my son's house. I went to investigate and saw a brass band walking down our street. 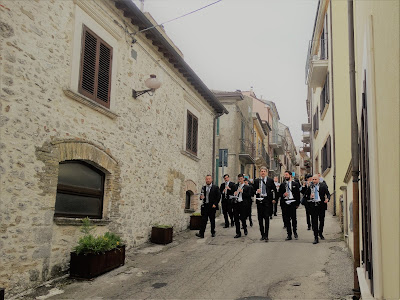 It was dry for a bit and they stopped just past the house and began to play another couple of tunes. Brilliant. Smiles all round. 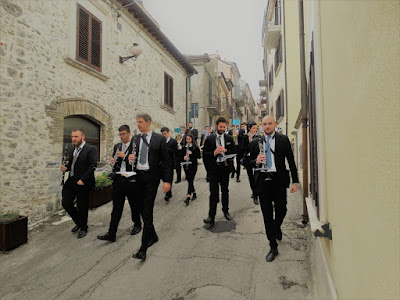 The town I was staying in is called Guardiagrele and it is in Abruzzo (in the middle of Italy. Like half way down the 'boot').
This is an old tower which is the highest point in the town. 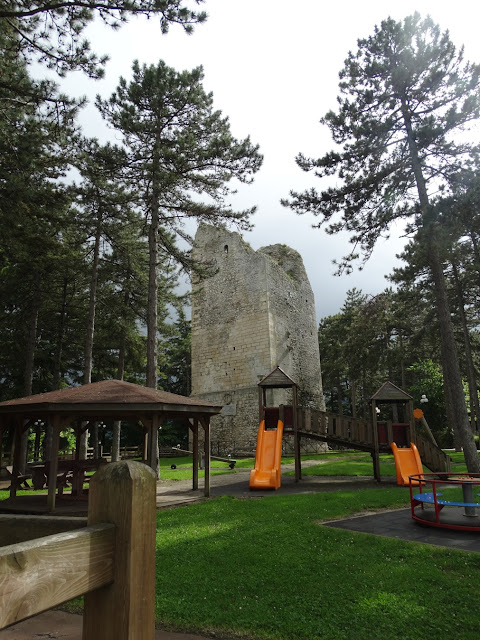 This is a fountain made with the sort of metal work the town is famous for. 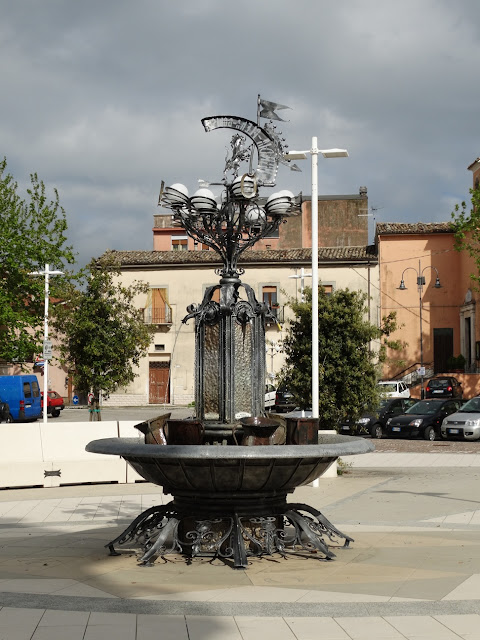 I'm going to link up with Annie at A Stitch In Time and with Virginia at Rocking Your Week Friday and of course there are some funnies at the end. The Christmas one might come across as blasphemous, but I think it is just ignorance and I could laugh about it.

Have a good weekend all of you,
Hugs,
Lisca 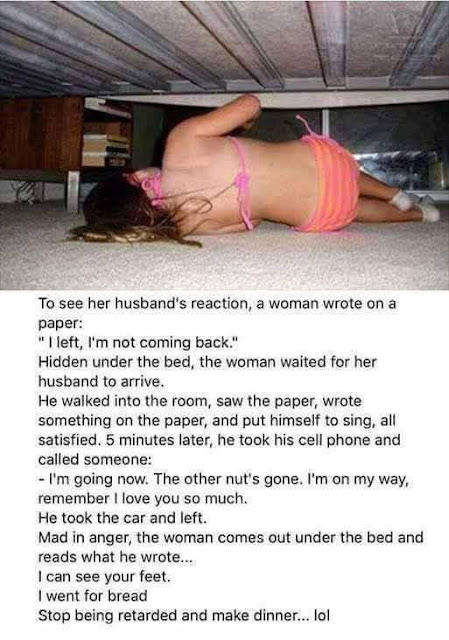 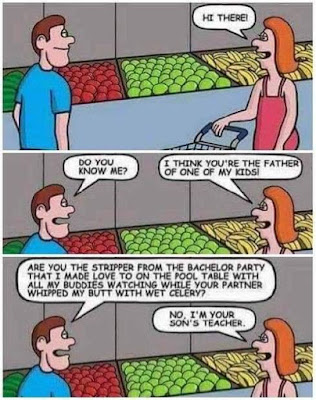 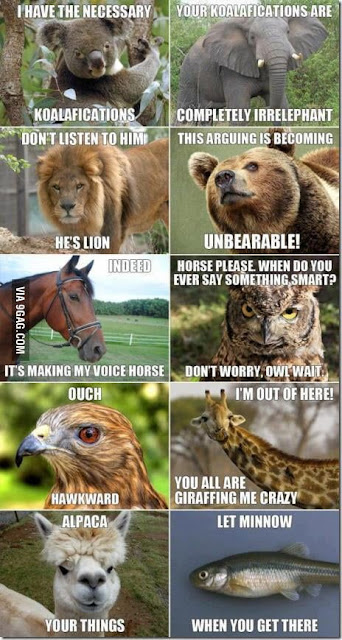 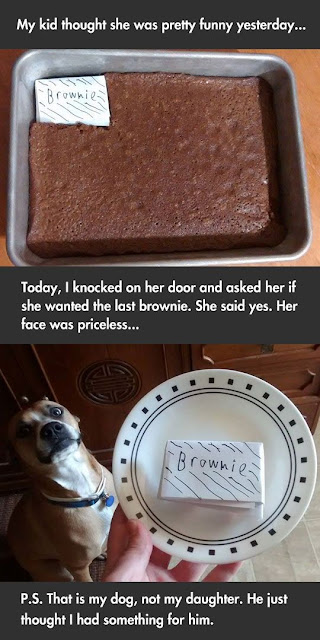 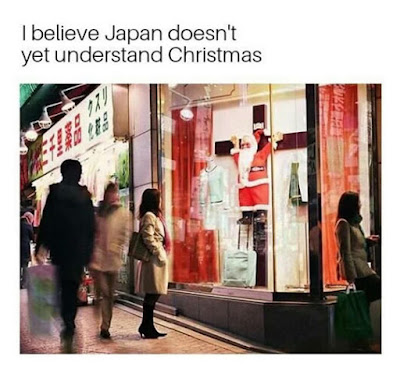 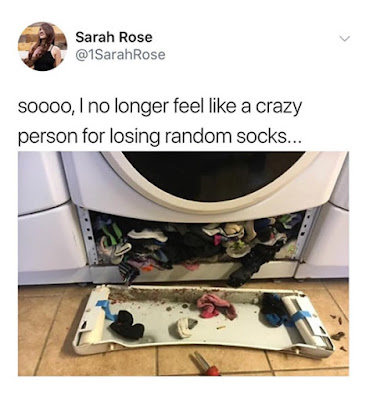