A Postcard A Day - Tuesday 5 March 2019 - T for pizza, an interesting American and a Sumatran bride. 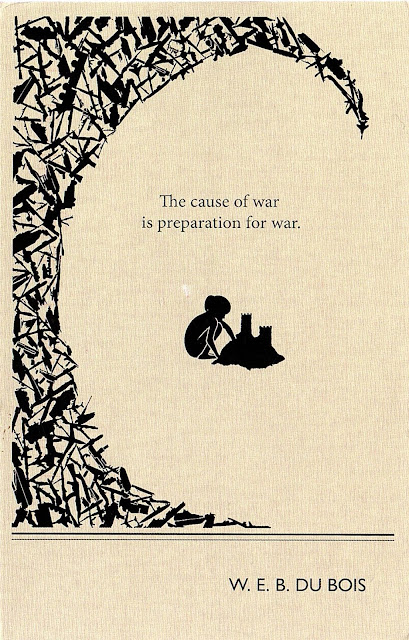 Me being me, I looked him up:
W.E.B. Dubois. William Edward Burghardt Du Bois (February 23, 1868 – August 27, 1963) was an American civil rights activist, leader, Pan-Africanist, sociologist, educator, historian, writer, editor, poet, and scholar. He was born and raised in Great Barrington, Massachusetts.
I started reading about him and couldn't stop. Why haven't we heard of this man?

He wrote one of the first scientific treatises in the field of American sociology, and he published three autobiographies, each of which contains essays on sociology, politics and history. In his role as editor of the NAACP's journal The Crisis, he published many influential pieces. Du Bois believed that capitalism was a primary cause of racism, and he was generally sympathetic to socialist causes throughout his life. He was an ardent peace activist and advocated nuclear disarmament. The United States' Civil Rights Act, embodying many of the reforms for which Du Bois had campaigned his entire life, was enacted a year after his death. 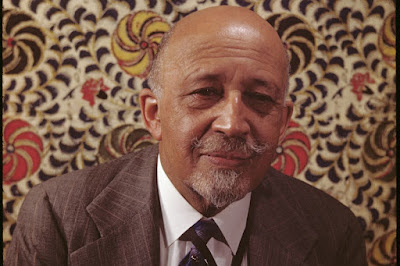 Here are some of his quotes:

The cost of liberty is less than the price of repression.
The problem of the twentieth century is the problem of the color line.
Education is that whole system of human training within and without the school house walls, which molds and develops men.

And herein lies the tragedy of the age: not that men are poor – all men know something of poverty; not that men are wicked – who is good? Not that men are ignorant – what is Truth? Nay, but that men know so little of men.
—Du Bois, "Of Alexander Crummell", in The Souls of Black Folk, 1903
When I went to school, we never learnt anything about racial tensions/apartheid or human rights etc. I had to find out as an adult by reading. And of course as a university student one goes through a idealist/socialist phase. (At least most European students do/did). But I never came across this guy. Have a look on wikipedia, it makes for interesting reading. Even if you don't agree with his  opinions, he led an interesting life.
I've put some more quotes at the end of this blog.

My second postcard comes from Indonesia. It was sent by Juned who lives in Bogor (south of Jakarta). He is an architect and saw in my profile that we live in a cave house. He was very interested in the construction. I am now communicating with him privately about this subject. 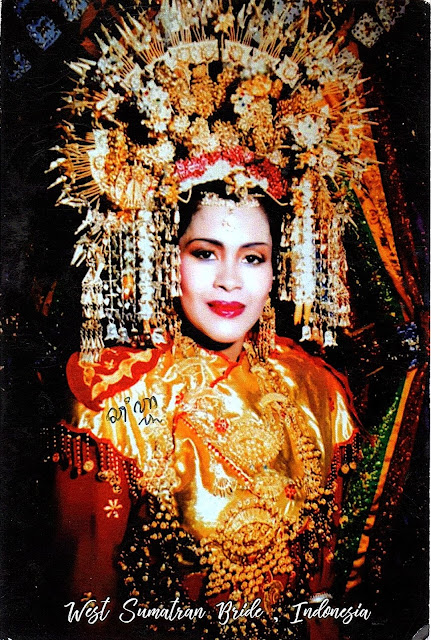 The stamps are beautiful. About flowers and philately.

This stamp was stuck lower across the address so I had to crop it separately. 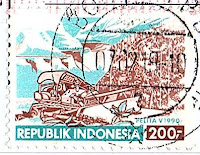 Friday night we went out for pizza with our friends. We do this regularly, about once a month.  I see more beverages on the table. I had a Radler (beer with lemon juice) and all the others ordinary pils. 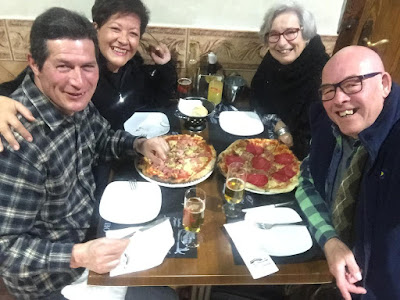 We had a really good time catching up and as you can see had a mighty giggle taking the selfie. We are not youngsters and taking a selfie is not an everyday occurance. It took six 'takes' to get everyone in!
This is the first pizza, a very un-italian pizza hawaii. (the Italians are appalled by such sacrilege) 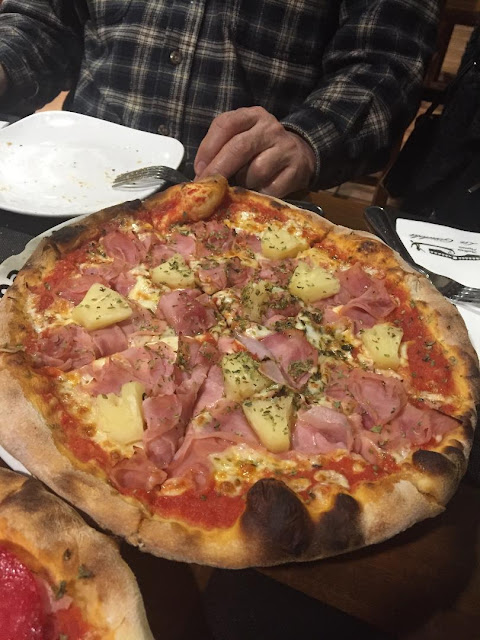 And the second one is 'a la pizzaiola' (in the way of the pizza baker, or at the discretion of the chef). That is just a surprise what you get, but it's always good. 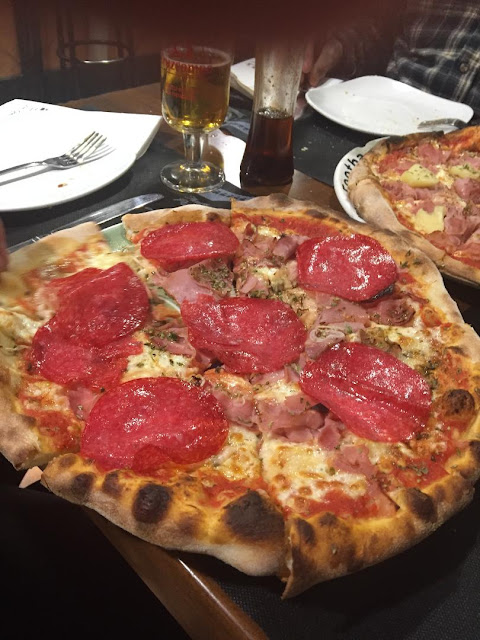 The bottle you can see next to the beer glass is a bottlle of chilli infused oil. It is mighty strong. We always ask for chilli oil (our friends are Mexican).

I'm going to do a plug now. It's for the Gecko Galz. They sell all sorts of images for collages and journaling. I'm like Elizabeth, when I can get something for free, I'm there! Every month they give away a free collage sheet to those who ask for one. This is the March sheet. 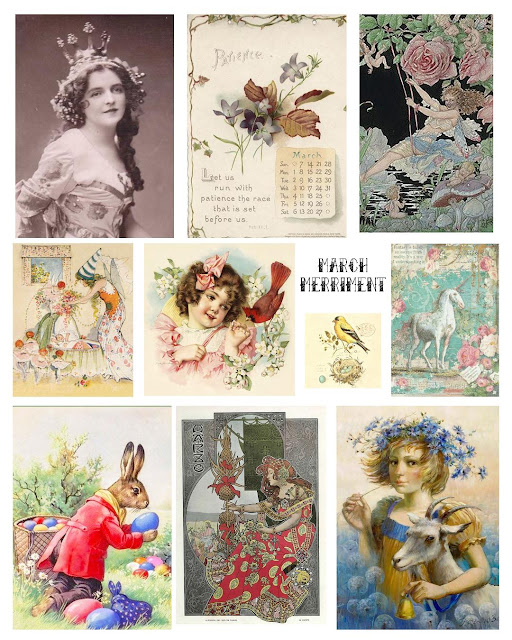 That is it from me today. I wish everyone a very wonderful T-Day,Big hug,Lisca 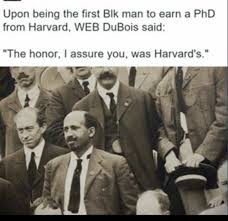 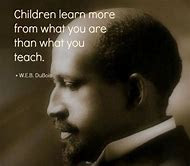 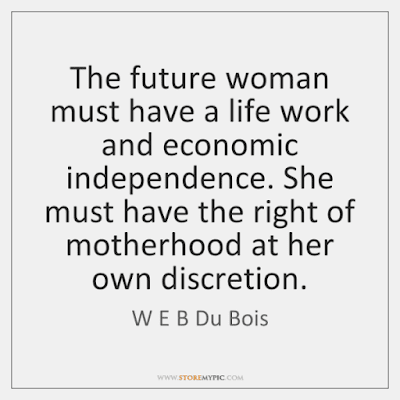 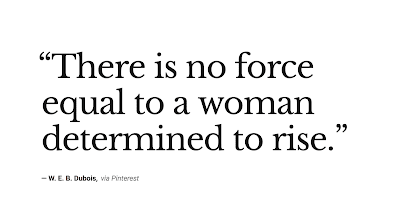