My postcard for today comes from Taiwan. It's from the series 'Greetings from...' 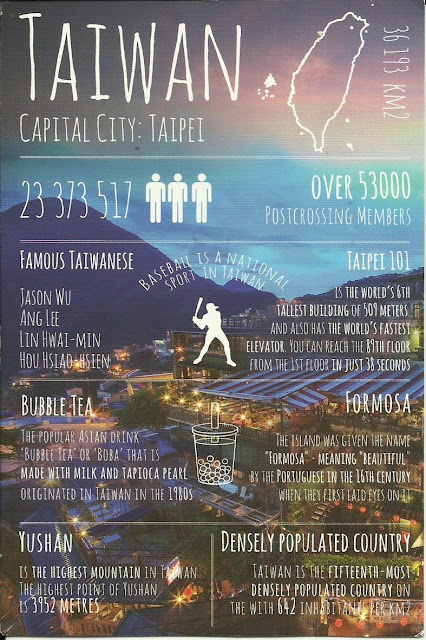 I exchanged this one for a 'Greetings from Spain' card in the same vein.

Taiwan is an island near (and part of) China. It has 36,193 square km. It was given the name Formosa, meaning 'beautiful' by the Portuguese in the 16th century when they first laid eyes on it. According to the card, Taiwan has 23,373,517 inhabitants, of which over 53,000 are Postcrossing members.

Taiwan is the 16th most desely populated country with 642 inhabitants per sq km. The highest mountain is Yushan with its 3952 metres. 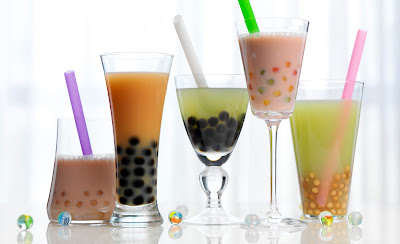 Bubble tea is a Taiwanese tea-based drink invented in Taichung in the 1980s. Most bubble tea recipes contain a tea base mixed/shaken with fruit or milk, to which chewy tapioca balls or fruit jellies are often added. 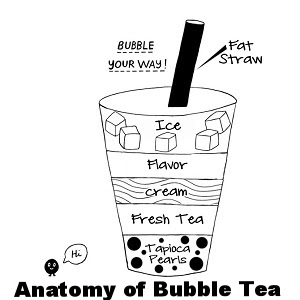 This is how it is made. People from Britain will know tapioca pearls, but these seem to be much larger than the ones I was used to in the UK. 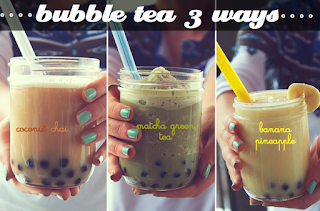 The straws are extra large so that you can suck up the tapioca. This is just asking for a crude joke don't you think?
I'll leave you with this little gem: 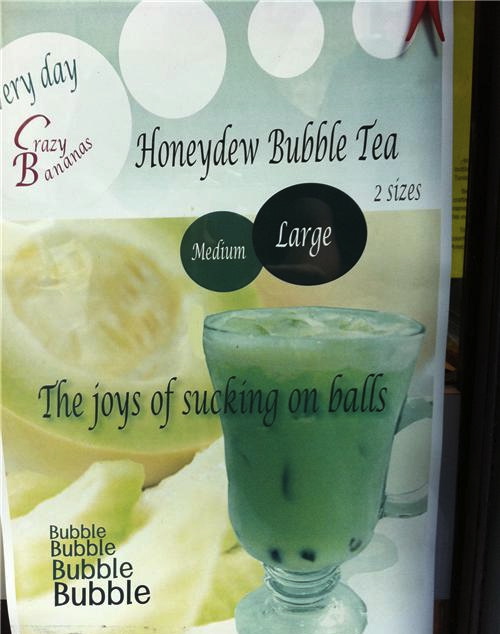 I will be linking up with Elizabeth at T for Tuesday, where anything drink related can be posted. By all means join us!

See you tomorrow for Whats On Your Workdesk Wednesday (WOYWW).

Have a bubbly Tuesday,