Good Morning! I hope you are having a good weekend.

I'm linking up with InSPIREd Sunday, a meme with beautiful religious buildings from all over the world.

Today I am showing you some postcards from my late father-in-law. My in-laws and my husband Graham are from Guernsey, a small British island near Brittany (France). 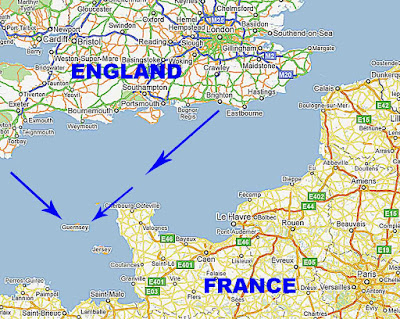 The church I am showing is St Sampson in the north of the island. 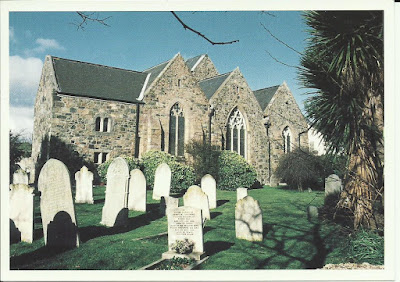 St Sampson's is claimed to be the oldest Parish Church in the Island and stands on or near the site where St Sampson first landed as a pioneer missionary from Dol, in Brittany, about the year 550 AD.

The Church has been a Christian place of worship ever since.
The Church we see today dates from the 12th Century and consisted of only the nave and chancel. This was the fashion in contemporary churches around Marmoutier to which abbey the church belonged from 1048 onwards.


Work has been carried out over the centuries, however the church was substantially complete by 1350. 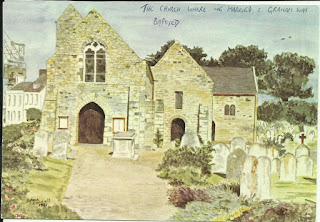 My late father-in-law has written on this card: " The church where we married and Graham was baptised."
It is a water colour by Sylvia Randall. 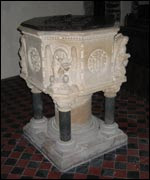 This is the font.
St Sampson's Day (Guernsey's) Patron Saint (or Samson) is celebrated on July 28th.
He has a story that stretches from the Celtic lands of Wales to the monastery at Dol in Brittany.
Sampson is the man credited with bringing Christianity to Guernsey. 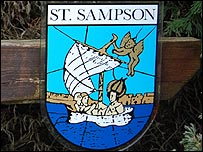 Following his death St Sampson was buried at the monastery at Dol along with his cousin St Maglorie who participated in St Sampson's evangelistic missions.

The church has been featured on a Guernsey stamp in the year 2000: 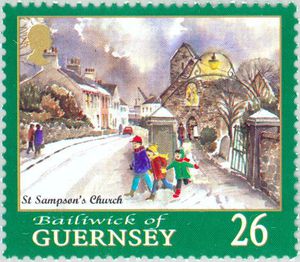 And it also features on a £20 Guernsey bank note: 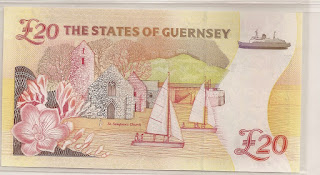 There are many beautiful stained glass windows in this church. 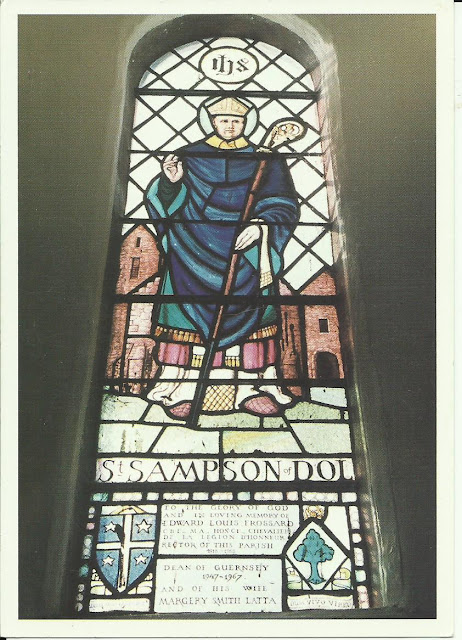 This is a relatively new one depicting Saint Sampson. It is said that his features are that of Edward Louis Frossard. The vicar who married my in-laws in 1940 and baptised my husband in 1947.

That is it from me today. Enjoy the peace of this Sunday and see you tomorrow for Map Monday.

Blessings,
Lisca
Posted by Lisca at 00:25