T is for sadness today as I am sad to tell you that my dear hubby died peacefully on the evening of the 29th of November. 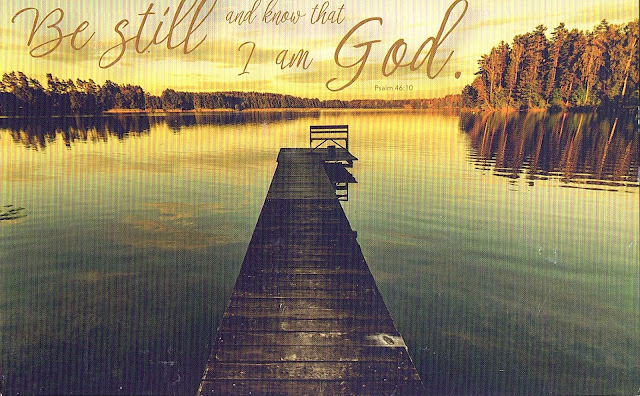 So my postcard today is a bit reflective. I received it in August and it comes from Canada.
The stamp is small but beautiful. It shows the Cabot Trail on Cape Breton Island, N.S. 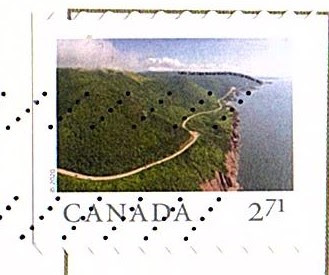 Here is a better photo: 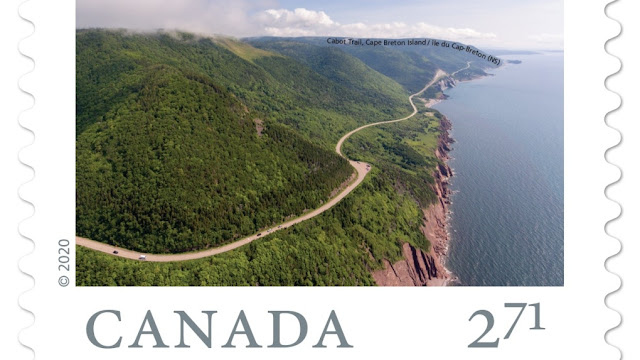 Graham's daughter Tracey had arrived on Monday afternoon, when I was at the end of my tether. I hadn't slept in days. So she kept vigil that night and I could have some hours sleep. She also sang for her dad, although he was unconscious at that stage. 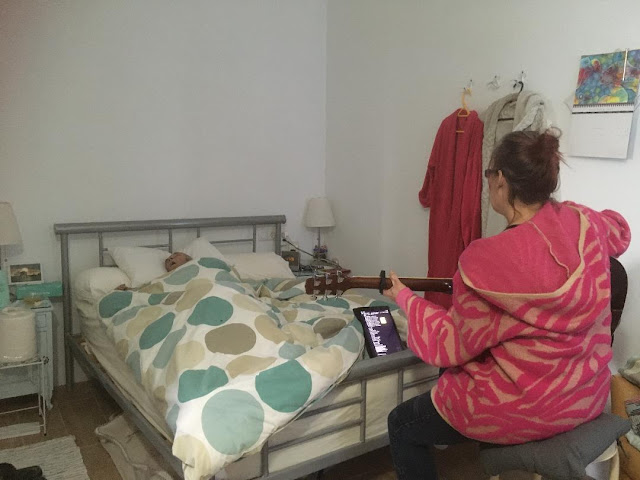 Then on Tuesday evening I sent her to bed, saying that I would stay awake. Graham died ten minutes after she went to bed.
So, I've had a strange and busy few days. His two sons got onto flights and came as well. In Spain the funeral is usually the day after, but we had insurance so that we could extend that to 5 days, to give people from abroad the opportunity to arrive. We had the funeral and cremation on Saturday.
Tracey is a singer so she and some of our friends would provide the music for the funeral. Here they are practicing at our house: 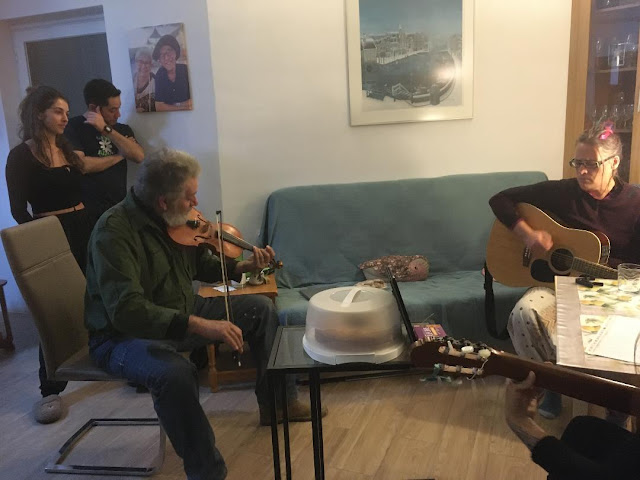 The funeral was lovely. I had organized translators, so everyone could understand what was being said. Many people wanted to speak. I decided to speak first, in case it all got too much, at least I would have done my bit.
Graham wanted me to play "It's a Beautiful Day" by Freddy Mercury (Queen). So I played the first few lines of that song and explained why it was a 'beautiful day'. (As Christians we believe that our soul has eternal life, so he will live on in whatever it is that people call heaven). Tracey, hubby's daughter led the worship. In the photo you can also see his son Phil sat on a box. That box is a cajon, which a drum. (Phil is a drummer).
My sister took this picture of me looking at all the flowers: 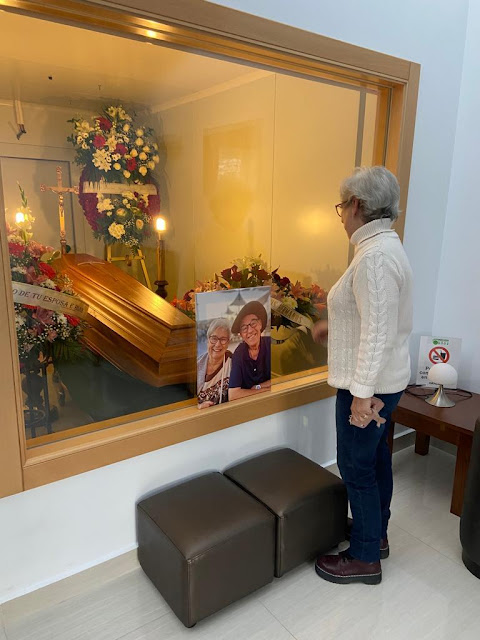 The crematorium is a modern building, but we had a little hiccough. The bishop wouldn't let us use the chapel for the service because we are not catholic. So we held the service in the foyer which was really light and beautiful. It was full of sofas. Look at this little video:
In Italy I was used to people visiting when someone dies, so the first thing I did on Wednesday morning was bake a cake: 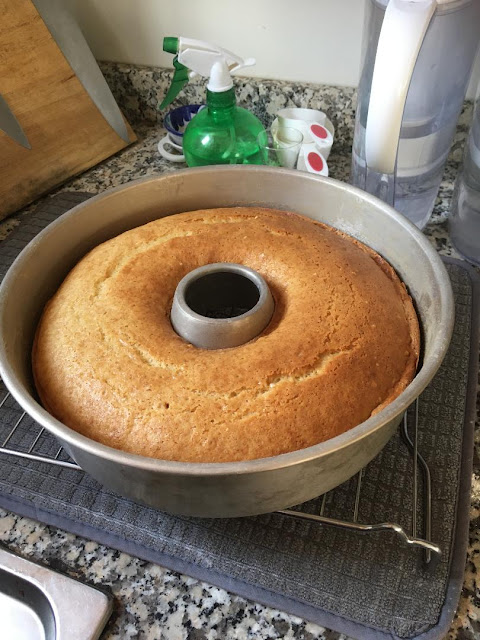 And then... nobody came! Obviously it is not the custom here.
Today is T-Day and I need to show you a drink.
I had cauliflower pasta cheese the other day: 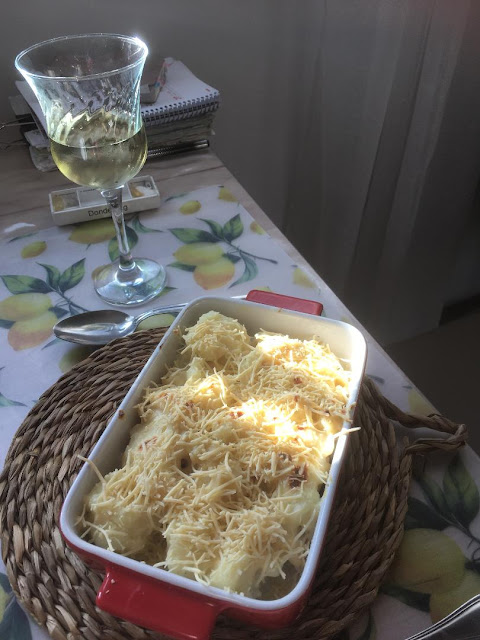 T-Day is hosted by Elizabeth and Bluebeard. All you need is an image of a drink (hot or cold) or a drink reference. Here is another drink. (Same wine, but I think that was the last glass of the bottle). 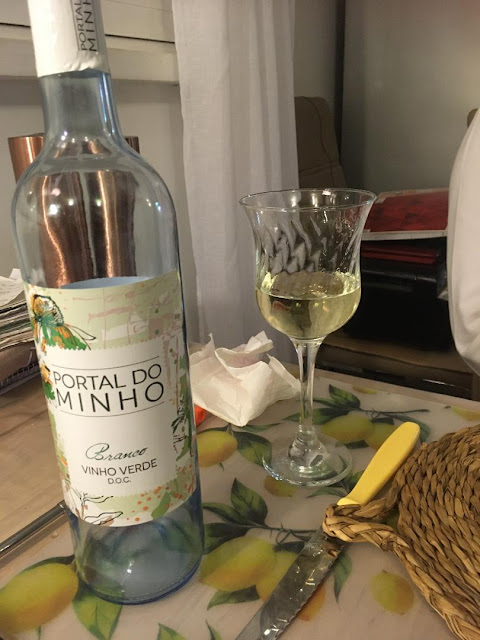 Portuguese Vinho Verde. I had it with some grilled swordfish: 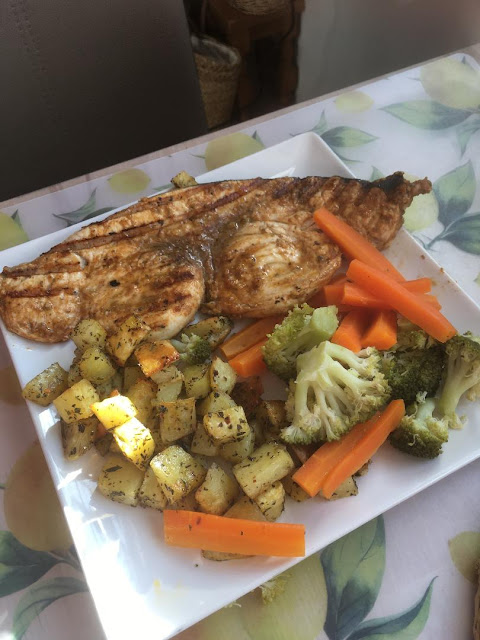 That's it from me.
Happy T-Day,
Hugs,
Lisca