Here we are again on Tuesday morning, ready to join the T-Party. This great virtual get-together is hosted by Elizabeth and Bleubeard at Altered Book Lover.

As per usual, I'm going to start with a postcard. This one came to me from Switzerland in December. 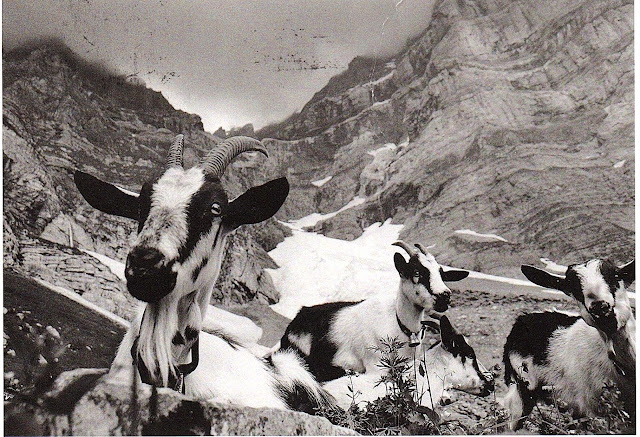 It was written by Claudia, who told me that she had spent the evening at the Christmas market and that she was now looking forward to her warm bed.
The stamp is exquisite: 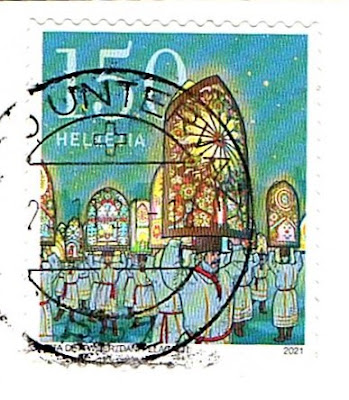 Those 'mitres', the men are carrying are called 'Iffelen'. So the stamp shows Iffelen carriers. 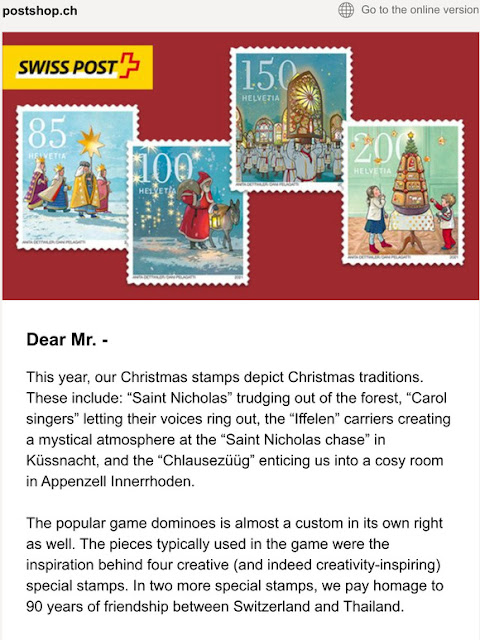 The tradition is called 'Klausjagen', which means 'chasing Santa Klaus'. I've been able to find some info on a website called Alpenwild. 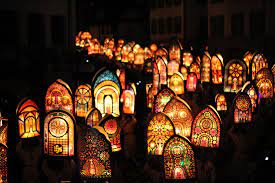 Almost all of Switzerland celebrates St Nicholas Day (December 6) on some level, but nowhere is it more colorful and unforgettable than in the village of Küssnacht near Lucerne. On December 5, (the evening prior to St. Nicholas Day) a remarkable processional known as “Klausjagen” (“Santa Chasing”) wends its way through the cobblestone streets of this medieval town on the shores of Lake Lucerne. 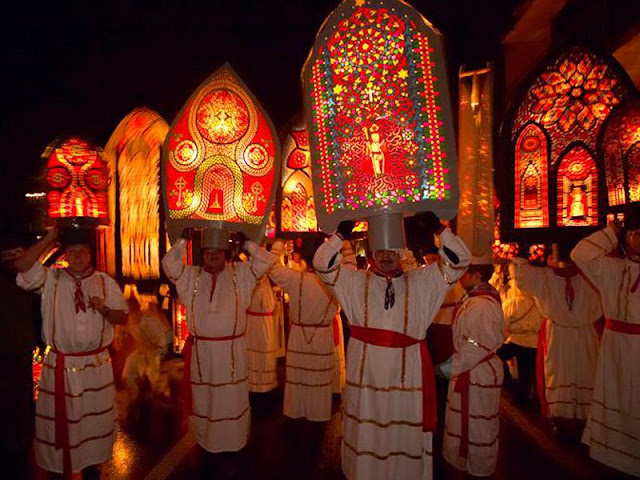 A Procession in the Dark

The event begins at 8:15pm when Küssnacht shuts off all its lights and plunges the awaiting crowd into complete darkness. Costumed helpers move the crowd back and the loud whipcracking begins. Dozens of local farmers lead off the six-stage parade snapping their longs whips along the route producing a explosive sound louder than a firecracker. Next come the iffelen, hundreds of large illuminated hats (some over 7 feet tall) cut into intricate patterns illuminated from within by lit candles. They glisten like walking stained glass windows. The men and boys in white robes balance these pieces of religious-themed artwork on their heads and spin down the parade route to the adoring cheers of those along the parade route. 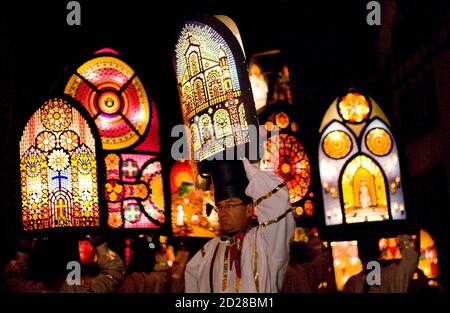 The Arrival of St. Nicholas

Then comes St Nicholas and his four attendants, followed by a marching band playing the Santa song (about six notes long, repeated over and over) the ringing of the almost deafening trychlen bells (loud ceremonial bells) and the tooting of cow horns. The traditions, many centuries old, were designed to drive away evil spirits at the darkest time of the year.

The Klausjagen celebration and procession has its roots in in pre-Christan pagan tradition. Because it was unruly and noisy it was frowned upon by the Church and banned by local authorities in 1756. But the tradition re-emerged in the late 1800s with a more Christian focus as participants wearing illuminated mitres were added to an organized parade. Now the parade draws over 20,000 visitors a year for this single-night procession and festival through the streets of Küssnacht each December 5.

As today is T-Day, I would like to join in the fun with a beverage: 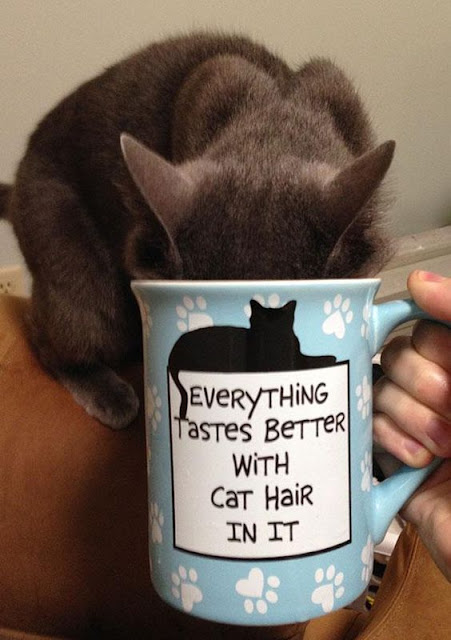 I really had to giggle at this one. Is there someone out there who can identify with that?
Last week I had several requests for the recipe of the fish pie. It is called Fisherman's Pie and I followed the recipe by Mr Paul. Here is the link. When you look at the recipe, scroll down to the bottom and you will find the link to the video.
I must warn people (especially Elizabeth) that there is rather a lot of food shown today. So if you are particularly hungry, don't  read on, but have your meal first.
How was my week? Great. On Tuesday we had our friends coming over. I help them with their Spanish and Andy helps us with the laptop (It's a Mac so everything is a bit different). We have a meal together and generally have a good time.
Kim brought us some parsnips from her garden. Thank you Kim! 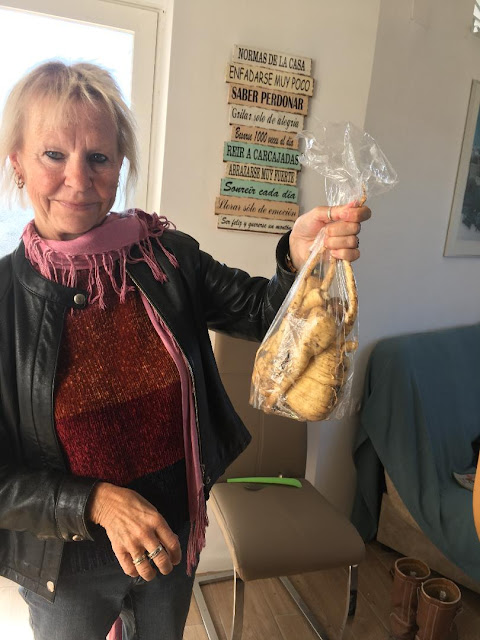 Tuesdays is market in our village, so our friends take advantage of being here and buy their fruit and veg. 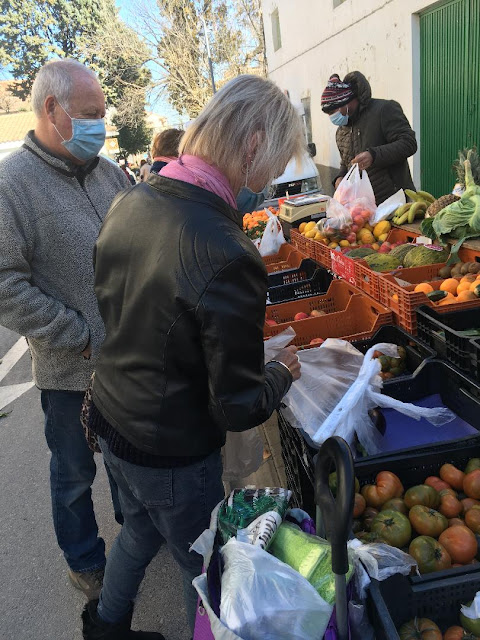 I had made a bacon and cabbage pie, where I line a buttered oven dish with par-boiled large cabbage leaves. The rest of the cabbage gets chopped up finely and fried in a pan with bacon bits, then seasoned and put in the lined pan. All the leaves get folded over so the pie is covered with cabbage leaves. Baked in the oven (in my case in my electric mini oven). 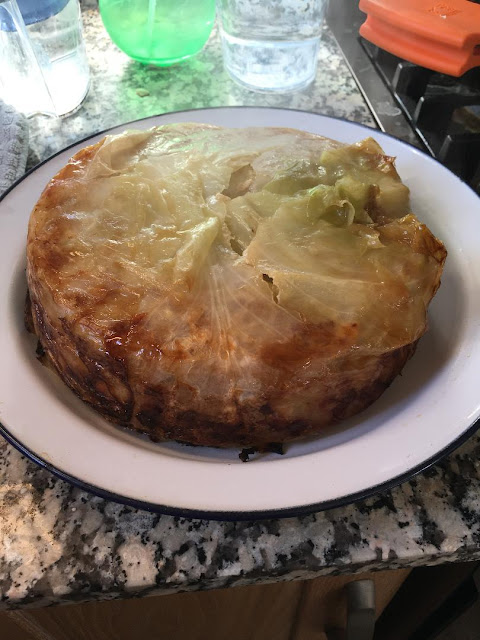 The weather was still nice enough to eat outside: 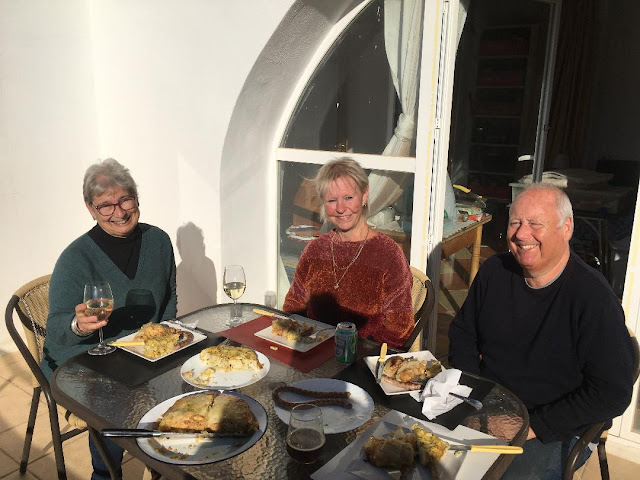 On Wednesday morning I found a lot of school children in the park doing all sorts os activities. The children here are doing archery although it is difficult to see. 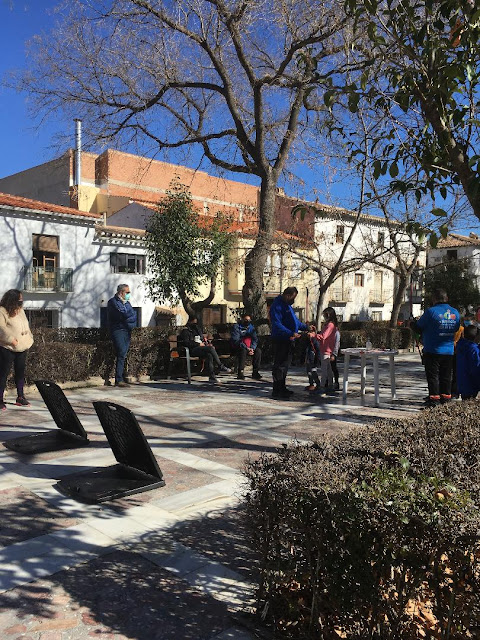 Thusrday is 'I-Love-Lisca-Day'. I set aside a day for myself. Hubby lights the fire in my hobbyroom and I do what I like. I have started making a recipe book.  I have done some basic pages, which later will get embellished and of course the recipe card added. 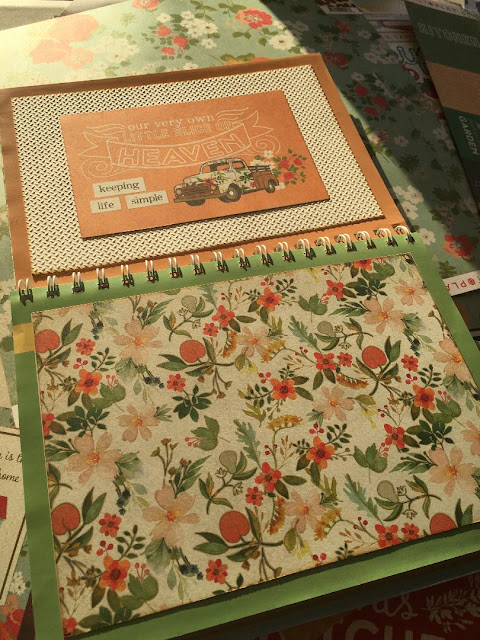 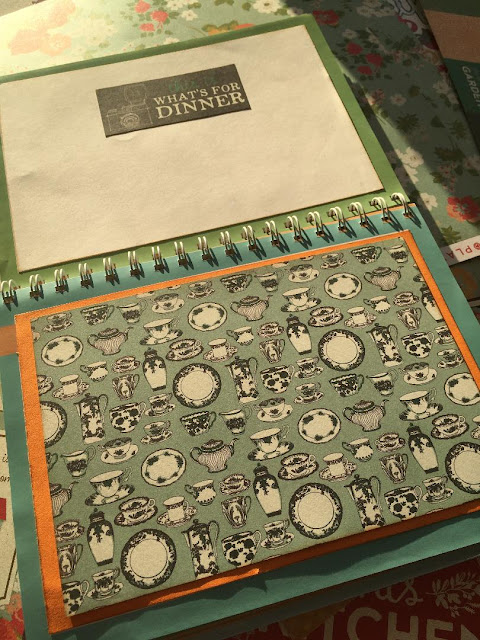 I have also done quite a bit on my jigsaw puzzle. It features a map of Spain with all the wines of every region. 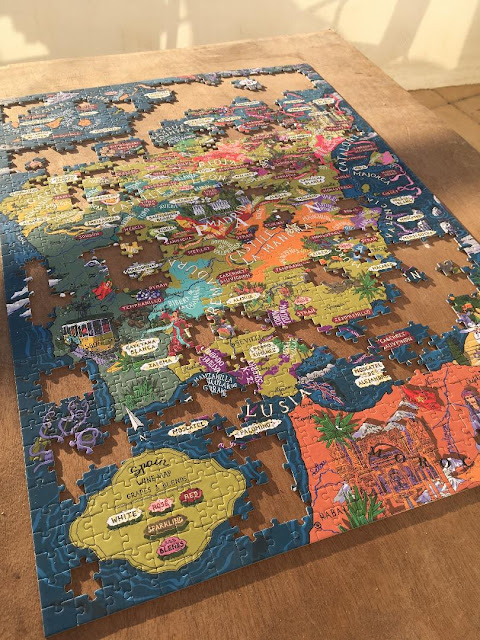 Here is my desk. I have been thinking I should re-join WOYWW, but I keep forgetting. 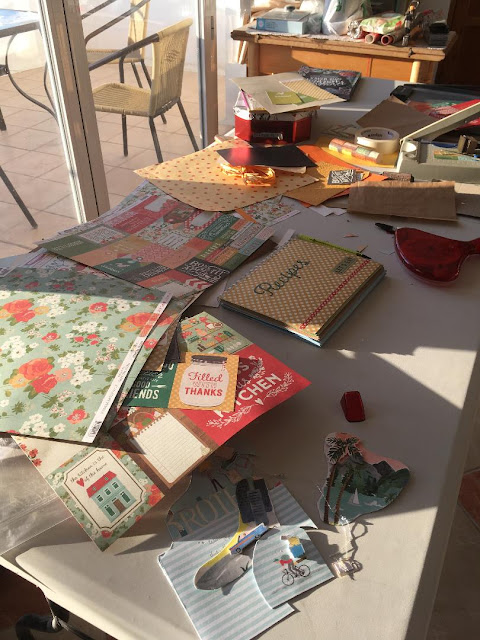 The surgeon had phoned hubby, asking him to come on Friday midday, so as we were in town, we went to the plumbers merchant to get some bits for the plumbing job that hubby is doing. 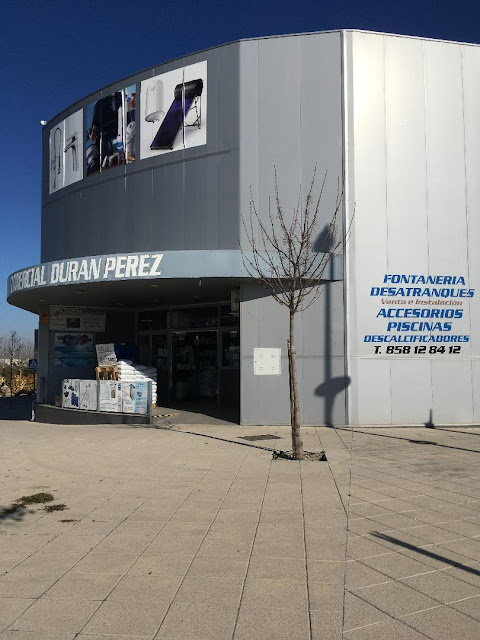 We also got some bags of salt for our water softening system (we bought four bags, not the whole pallet) 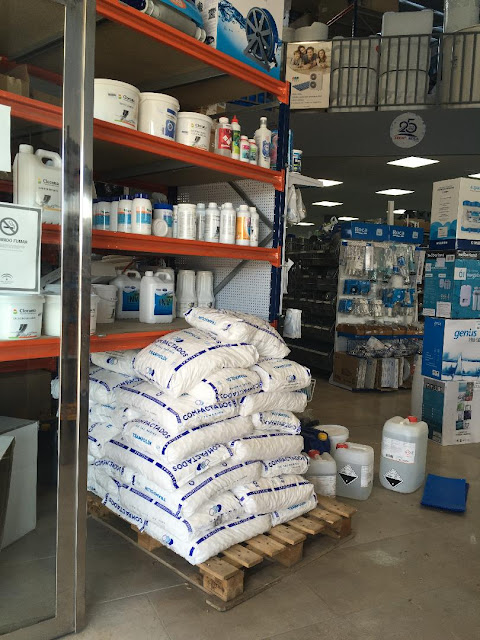 After talking to the surgeon we had coffee at El Duende, a place we like to go. 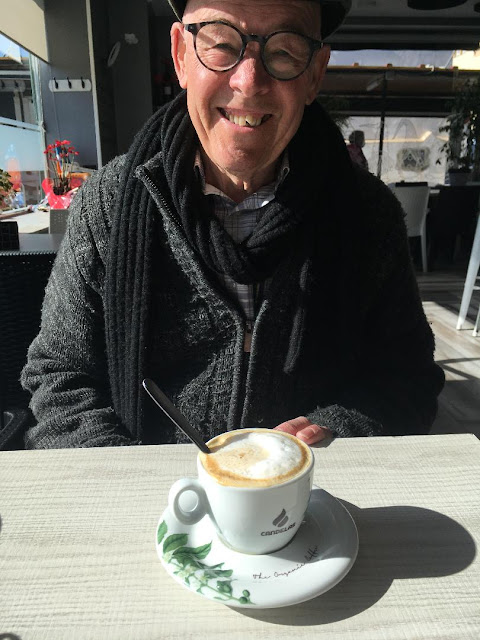 The news from the doctor was not good. He wants another scan done as there is now probably bladder involvement, then some radiotherapy and then an operation. But we both take it in our stride and we treated ourselves to a piece of cake: 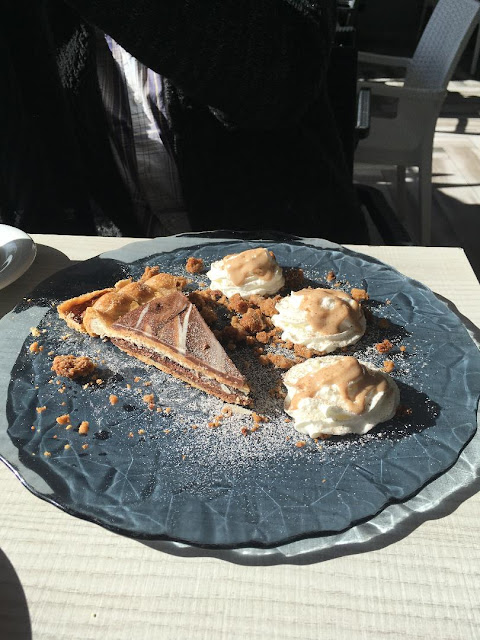 Mine was a cheese cake: 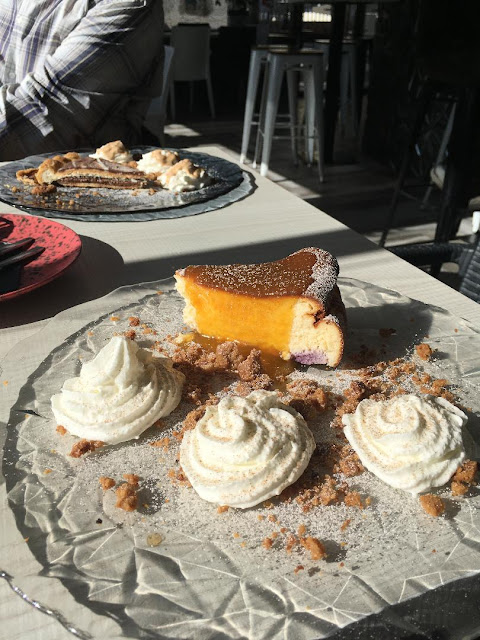 This is where we were. We sat on the right by the window: 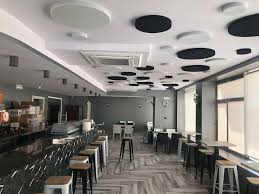 I don't know about you but when I am worried about something, I bake cakes. So Saturday I spent the whole day in the kitchen. I had found some turkey minced meat in the freezer and I made  some burgers: 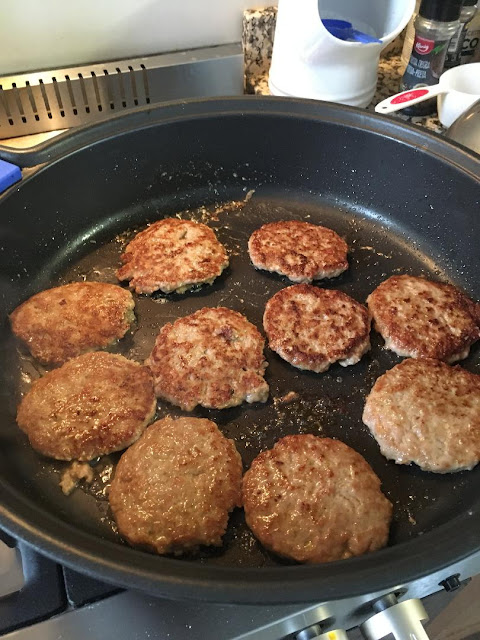 Then I found a roll of puff pastry that was nearly out of date. Of course we have plenty of fresh eggs, so I made a custard tart: 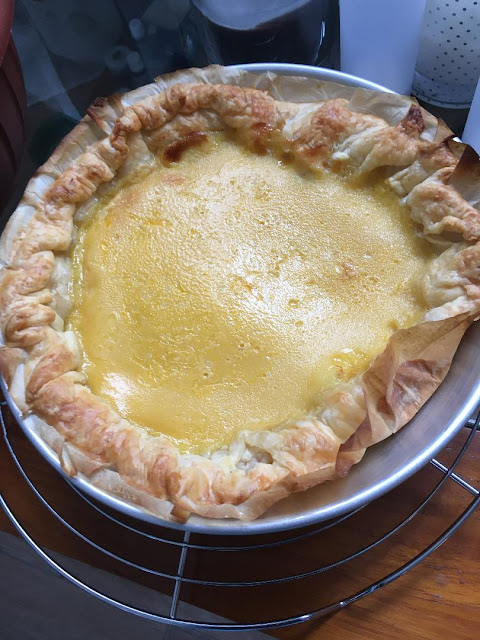 Of course  dinner was turkey burgers with oven roasted potatoes and some broccoli. 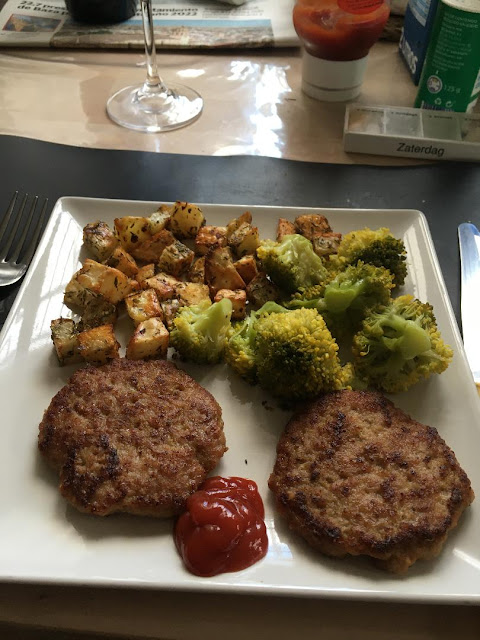 After dinner I made another cake: 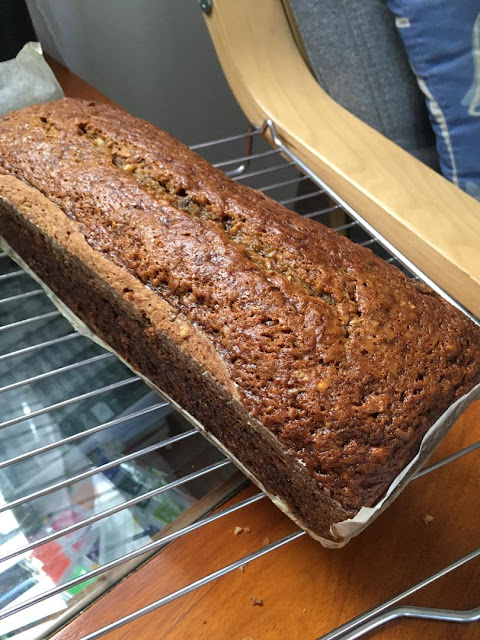 This cake is for Sunday. I will take it to our worship group in the evening.
Sunday is a busy day in our household. Now we go to church in person (rather than online) we have to get up a bit earlier.
In the evening we go to a worship group and here is hubby still at home, playing his heart out: 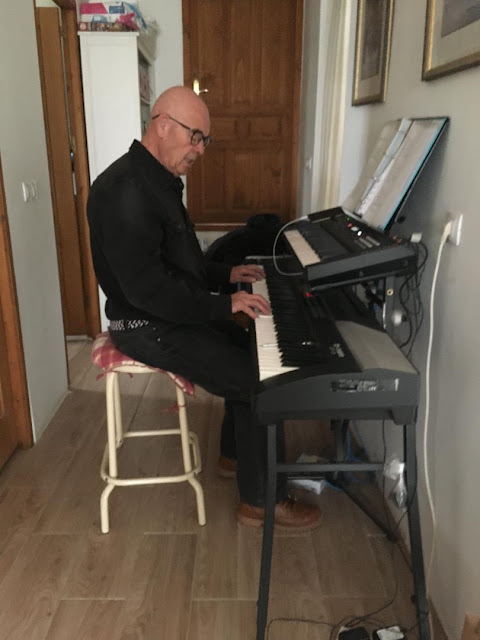 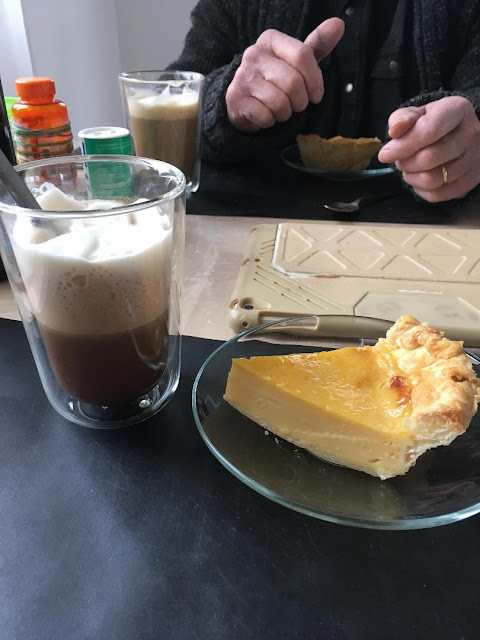 Here is part of the worship group just before we started. I also sang this time (I don't always). 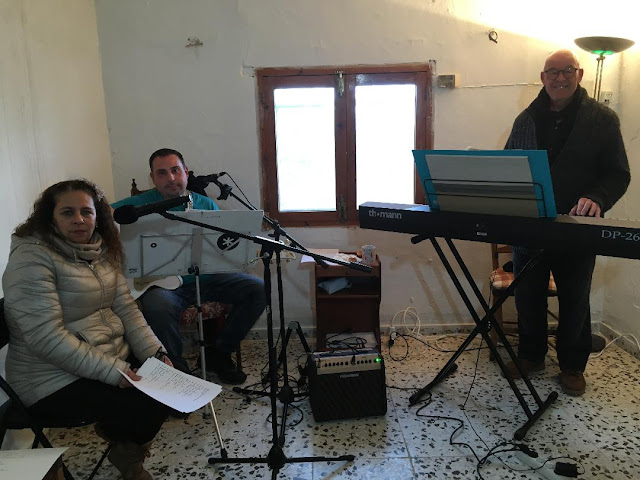 That is it for today. Sorry if this was a bit long. I always have plenty to show you. I hope you don't mind.
Have a lovely week,
Keep smiling,
Stay safe,
Hugs,
Lisca