I have another postcard to share with you today. And as it's T-Day, the day we join Elizabeth and Bluebeard for the T-Party with a beverage, I will show you a drink (or two).

But first my postcard: 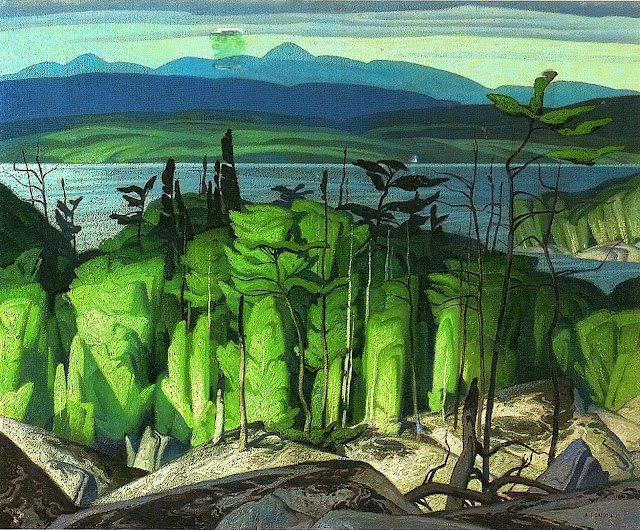 It is a painting by A.J.Casson (Canadian, 1898-1992) and it is called: Jack Pine and Poplar, 1948.
Wikipedia writes:
Alfred Joseph Casson, OC RCA (May 17, 1898 – February 20, 1992) was a member of the Canadian group of artists known as the Group of Seven. He joined the group in 1926 at the invitation of Franklin Carmichael. Casson is best known for his depictions in his signature limited palette of southern Ontario, and for being the youngest member of the Group of Seven.
I had never heard of him, but what I have seen of his work, I like it. 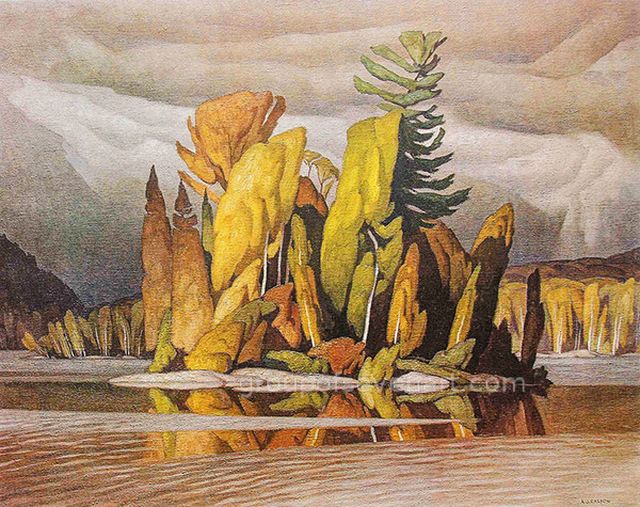 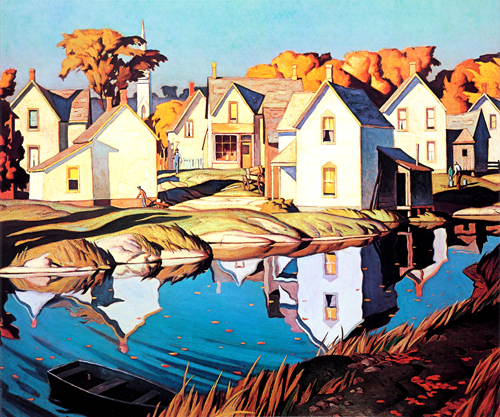 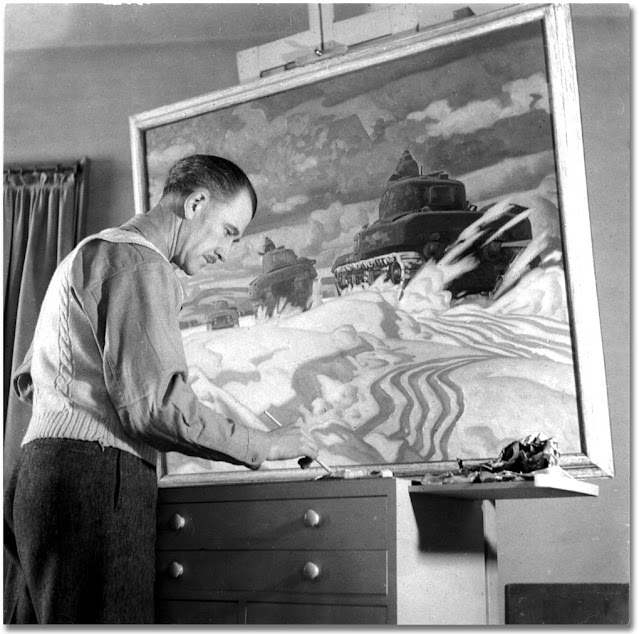 The tiny 'Permanent' stamps are all Canadian beauty spots 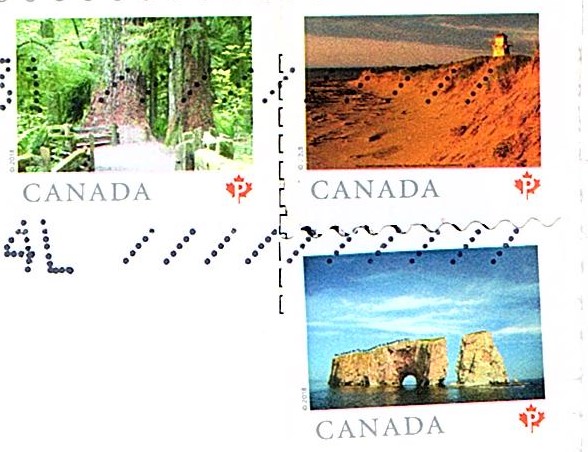 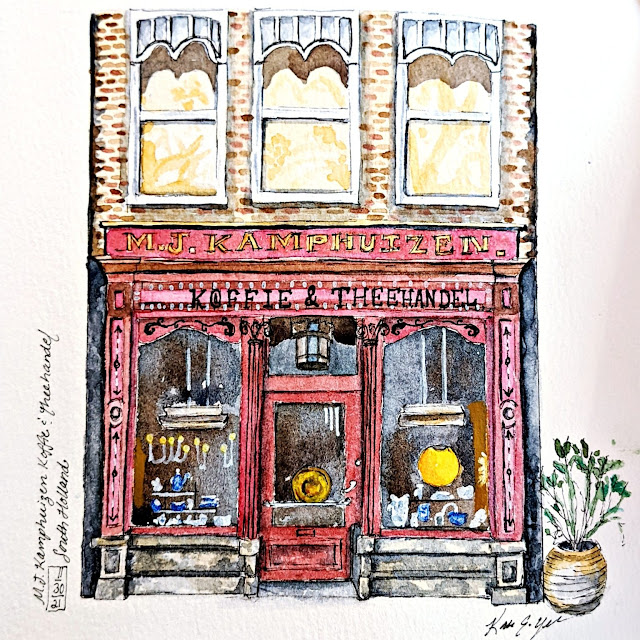 She had painted it from a photo: 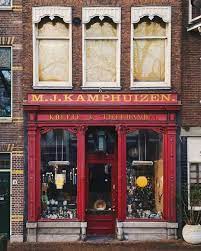 I immediately wrote her an enthusiastic comment about this shop. But the comment somehow disappeared, so I hope Kate read it before it disappeared. If she didn't then she will be very surprised that I am featuring this.
The reason is, it is a Dutch shop and I thought it looked familiar, so I googled it and it turns out it is a shop in Gouda, not far from where I used to live in east Rotterdam! 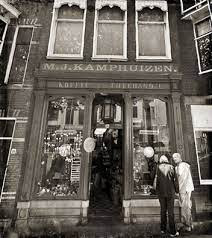 The house was built n 1725 and is called: 't Vergulde Lam, and the address is Lage Gouwe 14, Gouda, Nederland. 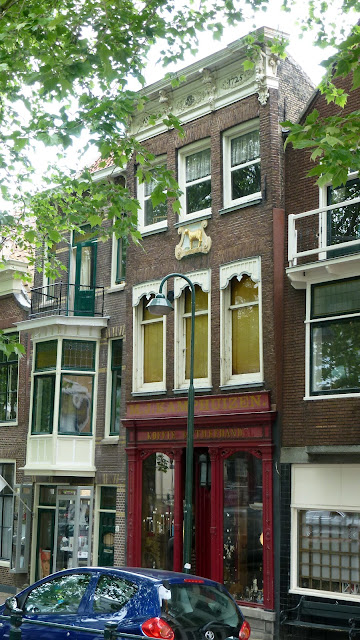 The name means: the gilded lamb and in fact it has a gold colored lamb on its gable: 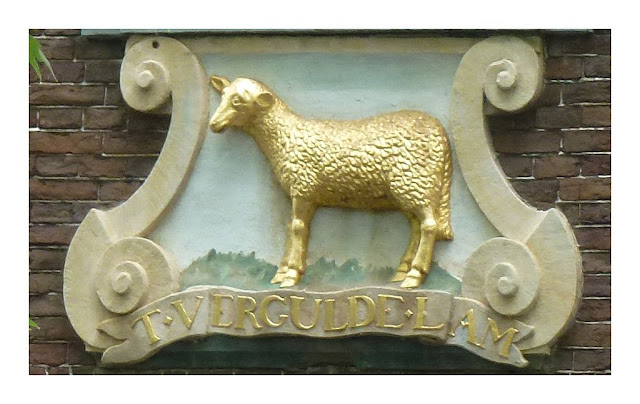 I went to Google Earth and typed in the address. Then I had fun 'walking' around the area. This is a screenshot I took. The shop is on the left: 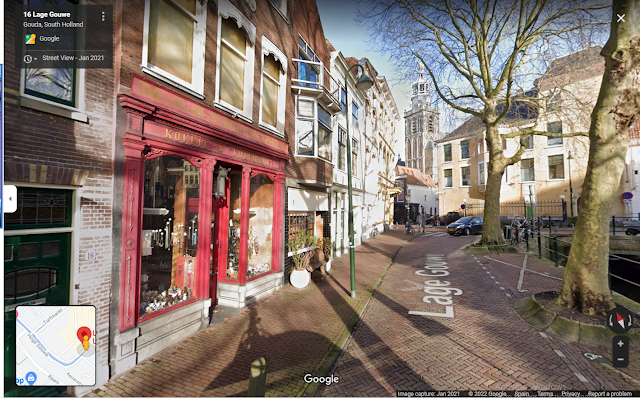 This is the advert in the paper when the house was turned into a shop and was opened in 1881: 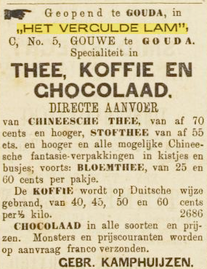 Translation:
Thee, coffee and chocolate. Own import of Chinese tea, from 70 cents and more, powder tea from 55 cents and higher and all sorts of Chinese fantasy packaging in boxes and tins; also flower tea 25 and 60 cents per package.
The coffee is being roasted following the German method, 40, 45, 50 and 60 cents per quarter kilo.
Chocolate of all types and prices. Samples and price lists will be sent upon request.
The brothers Kamphuizen.
Kate, I hope you like it, and when I go to Holland, I will visit it and send you photos.
Now for some beverages. The first one was my coffee on Friday. I had made cinnamon swirls the week before and I had kept some in the freezer. It was our treat on Friday. 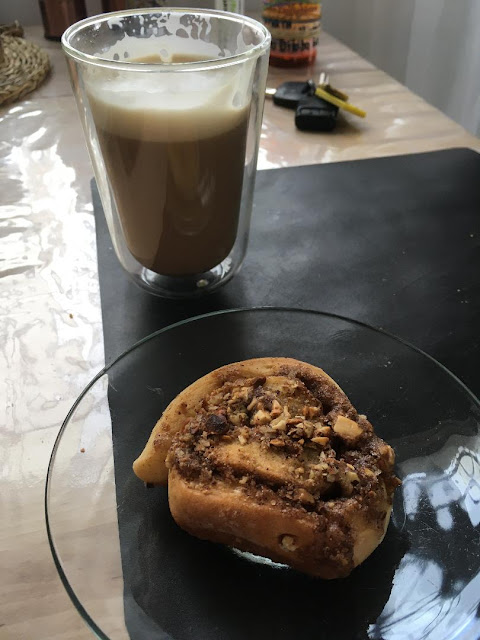 Then later that Friday, I made a fish pie: 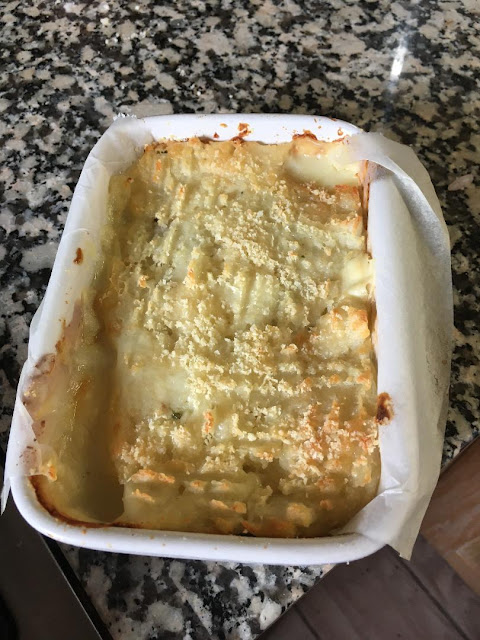 And I fancied a glas of white wine with that. You can also see a bottle of water in the back ground. 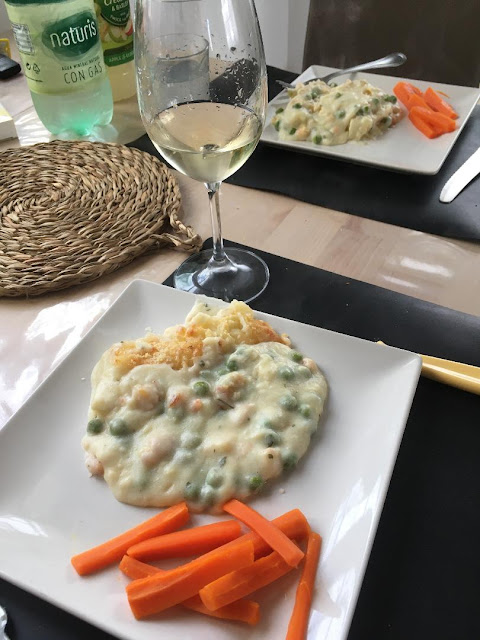 That is all for today. I hope to see you all at Elizabeth and Bluebeard in the course of Tuesday.
Stay safe,
Keep smiling,
Hugs,
Lisca