A Postcard A Day - Tuesday 16 February 2021 - T for breakfasts, coffee and hospitals.

Good morning lovely ladies, Here we are again on Tuesday. This week has flown by, more so as it has been an emotional week for me. More about that later.

Let me show you my postcard for today: 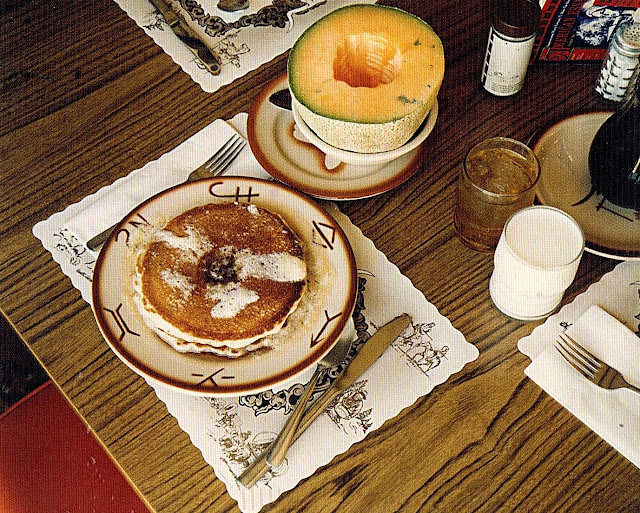 It is a photograph by Stephen Shore (American, born in 1947). And the photo is entitled 'Breakfast, Trail's End restaurant, Kanab, Utah, August 10, 1973. It can be found in the Museum of Modern Art in New York.
I found out that the restaurant still exists. It's now called Houston's Trail End restaurant. 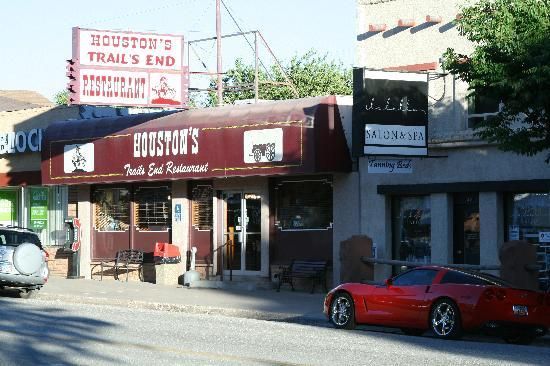 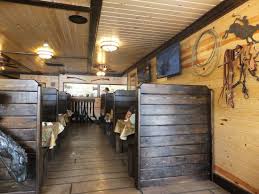 And this is what it looked like in the 50s: 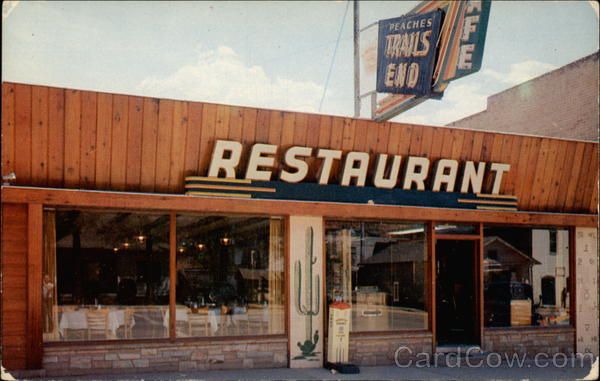 And here is another postcard (not my postcard, got it from the internet) 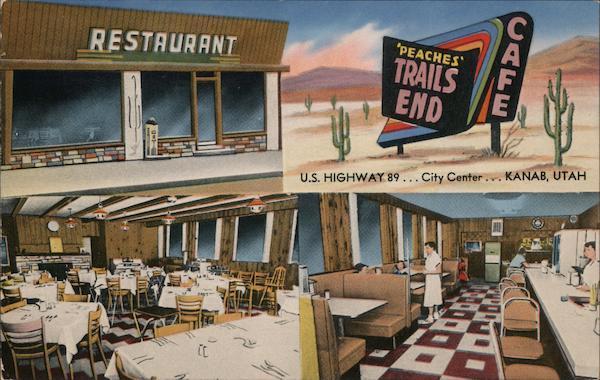 Anyway, the postcard I received Was sent to me by Kelsey in Washington DC. She has written my name beautifully: 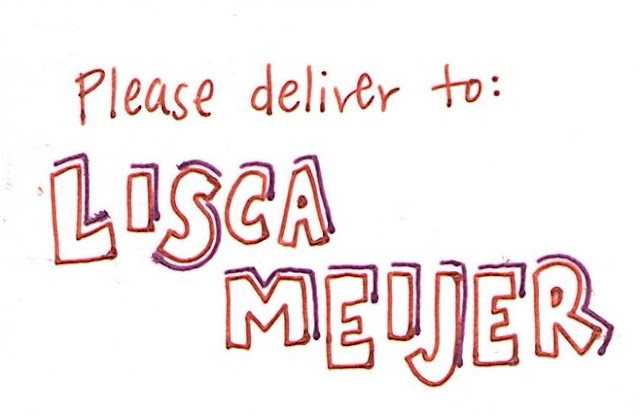 The stamps are awesome: 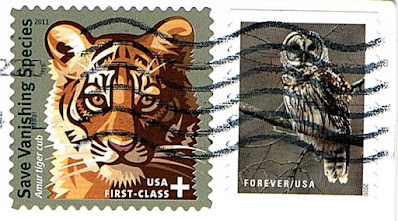 And she added some fun stickers plus some washi tape.

It made me feel very special.
Now as it is T for Tuesday, Elizabeth and Bleubeard are organizing the T-Party. Any image with a beverage will be accepted to participate.
Now Elizabeth has a nasty infection and is not really allowed to spend much time at her computer. Wishing you all the best Elizabeth! Get well soon!
I am a member of the local photoclub and this month the challenge was 'Coffee'. Here below you can see my entry. The background is a real coffee sack from Columbia, and the coffee maker in the centre is an old espresso coffee maker with two enamel cups. I scattered some of hubby's coffee beans and hey presto! (This photo will qualify me for Elizabeth's T-Party). I hope it gets good points from the Photo club judges. 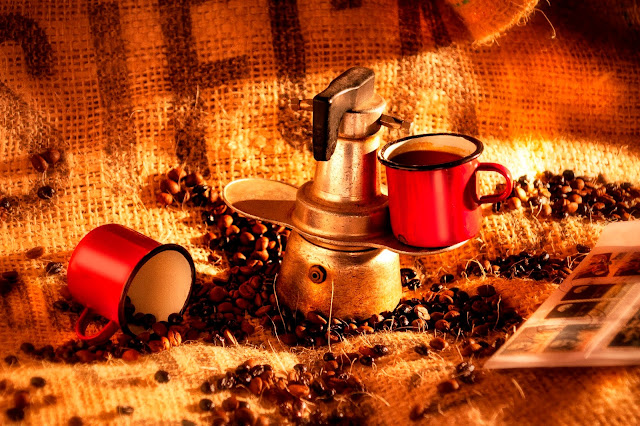 Here I am photographing the scene with the help of our friend Andy. 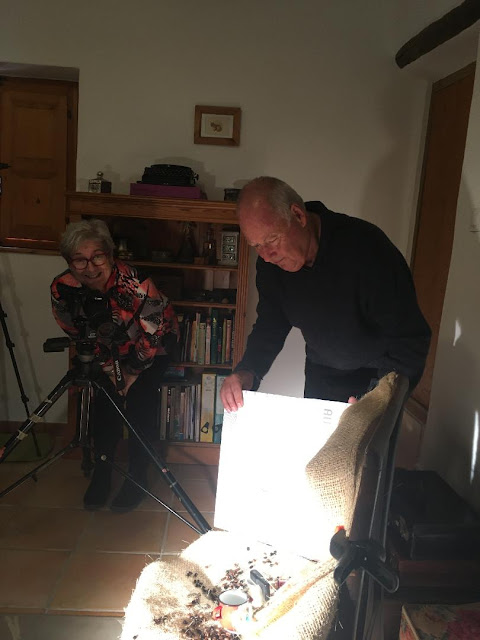 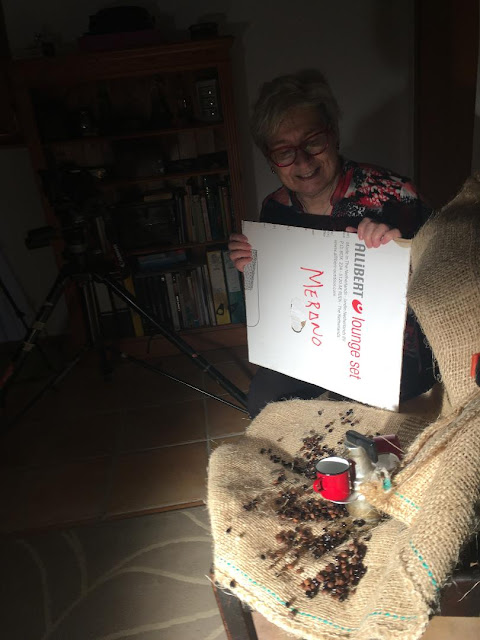 I mentioned that it was an emotional week for me. In the night from Tuesday to Wednesday, my husband became so ill that I bundled him into the car and drove to the hospital in the middle of the night. He had all sorts of test during the night and by morning we had a diagnosis: peritonitis caused by diverticuli. He has been admitted and has to have antibiotics IV for a week. 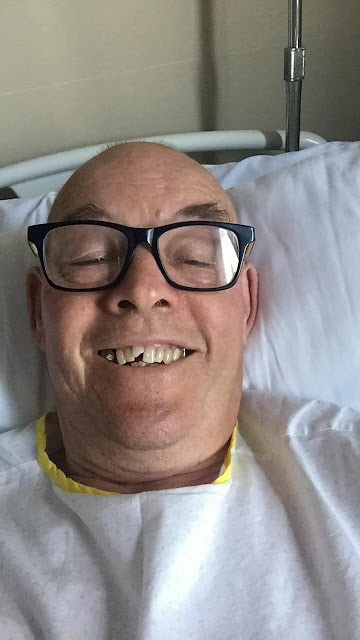 I am not allowed to be with him (No visits allowed at all) but as you can see he is in good spirits and we communicate through FaceTime. Today (Tuesday) he is having some more investigations, so we'll see what that throws up.
Then of course there was the sad news of the passing of Shaz Brooks (Silverwolfcards). Many of you will know her. She has been battling cancer for a few years now, always supported by her loving husband Doug. The craft world will miss her. So I have been on my own this week. I have to do hubby's chores around the house, like getting wood and lighting the fire: 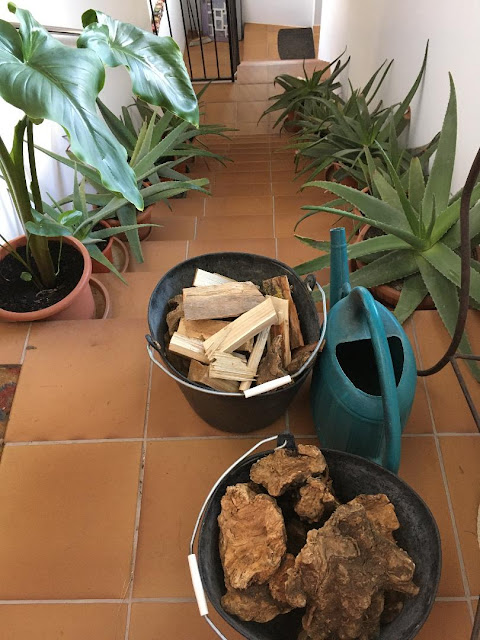 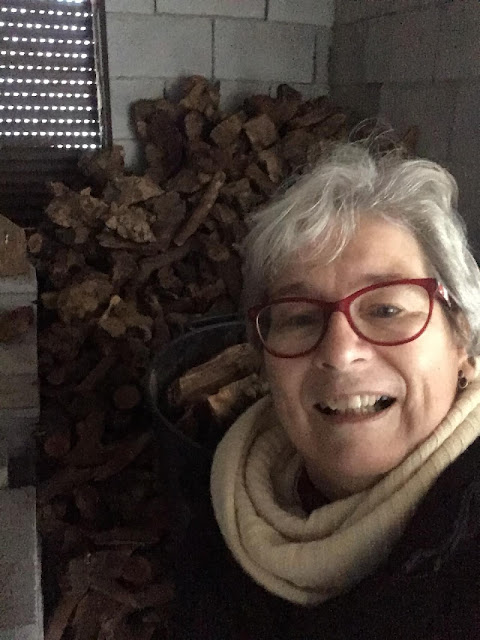 And feeding the cat twice a day. She doesn't come into the house but lives in the 'shed' and roams where she wants (she has been neutered so she can roam without repercussions): 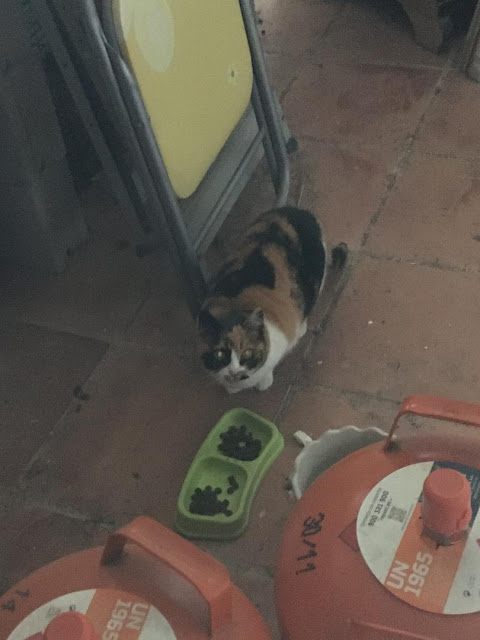 She's a calico cat.
I usually wake up to this. (View from our bedroom window) 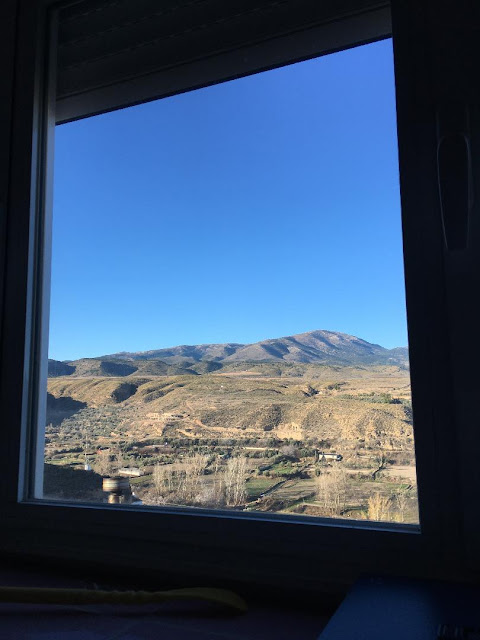 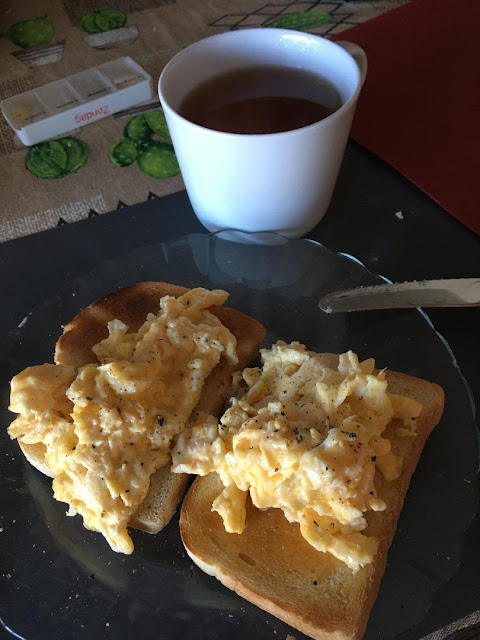 Then I might go walking with my friend and then have a cup of tea with her. 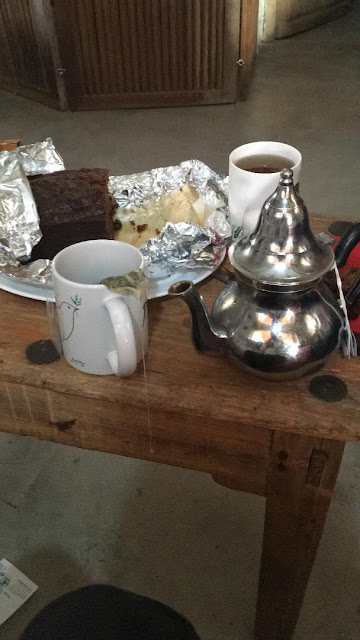 I go shopping for one at our local grocery shop. (It just happened to be empty so I quickly took a photo) 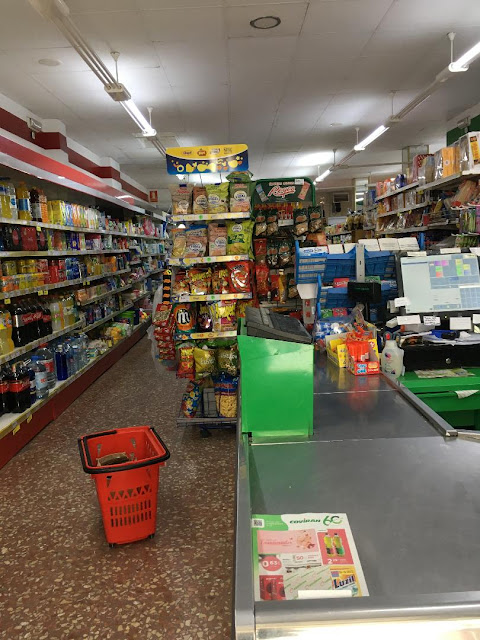 But I do still cook nice meals: 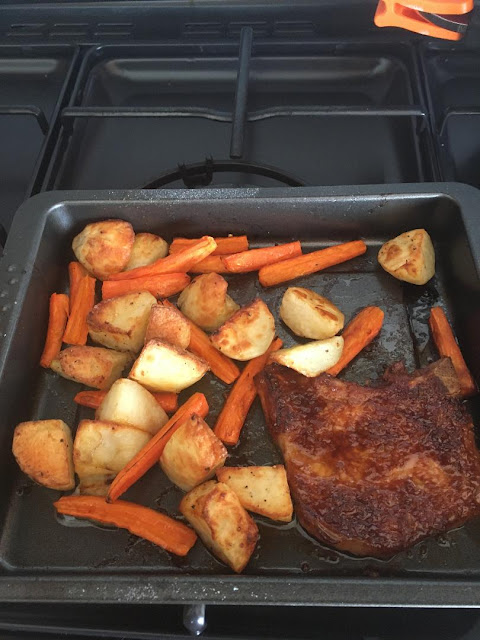 Which I usually have out on the terrace as it's been nice weather. 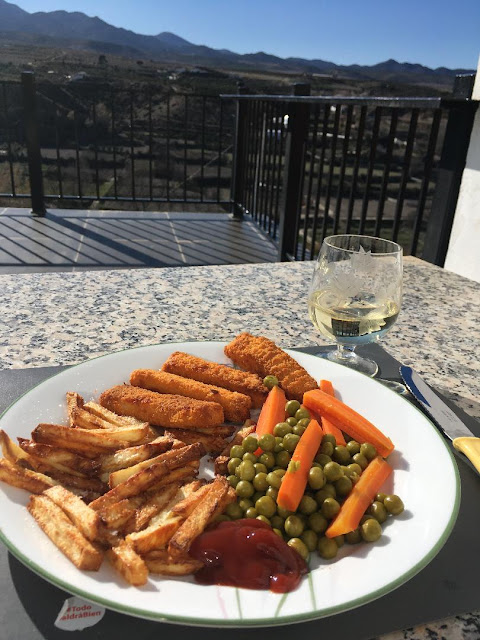 That's it from me.
Stay safe,
Have a very lovely T-Day,
Hugs,
Lisca