A Postcard A Day - Tuesday 29 December 2020 - T for black and white, pianos and toasters

Hello lovely ladies,
I hope you have all had a good Christmas. It has been very different this year. In many countries there have been restrictions as how many people could get together.  Also in most countries there was a no-travel advice. But it was advice and not law, so me, being a little rebel, decided to travel as I really wanted to be with my mum, who would have been totally alone this Christmas as my cousin (who would have visited) went away too.
More about that later. First I would like to show you my postcard for today: 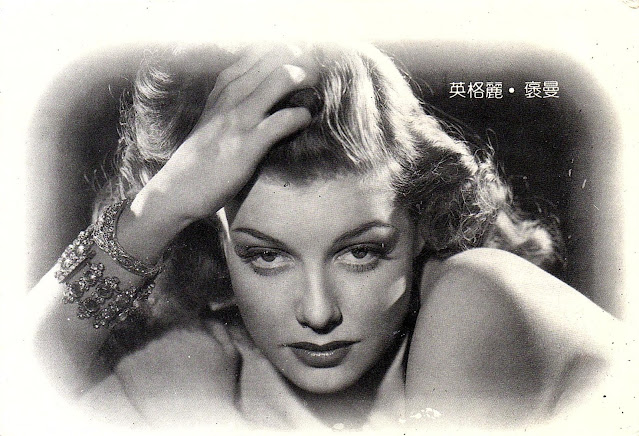 It comes to me from China, from Sichuan Province, home town of the panda. It was sent by someone called Danbo.
And here are the stamps: 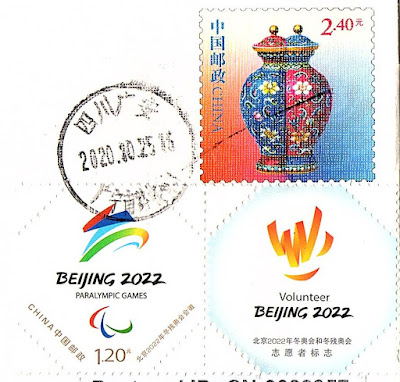 Curiously enough these stamps were issued on the first of January 2018. The newspaper China Daily writes this:

Stamps for the Beijing 2022 Winter Olympic Games and Paralympic Games. CHINA DAILY
Beijing offered a special New Year gift for philatelists and sports fans on Sunday with the launch of the first set of commemorative stamps for the 2022 Beijing Winter Olympics.
The inaugural set of the stamps comprises two pieces featuring the emblems of the 2022 Beijing Winter Olympic Games and Paralympic Games on a white background, which designers interpreted as a symbol of the purity of ice and snow.
Each of the stamps has a face value of 1.2 yuan (about 18 cents) and is printed with anti-counterfeit watermarks and the words "Beijing 2022".
The unveiling of the stamps also initiated a licensing program, which authorized the State-owned China Post Group to design and release a series of stamps on the Beijing 2022 Winter Olympics, including the mascots, venues and sporting events, in the next few years.
"The release of Beijing 2022-themed stamps wraps up our preparation in 2017 for the gala event on a high note," Han Zirong, secretary-general of the Beijing 2022 organizing committee, said during the launch.

So, here I am in the Netherlands again. My mother is 96 and every time I visit could be the last time. So I am taking this risk. But as you could have seen in my Friday blog, the journey went well, the airport was almost deserted and al is well (so far).
The day after we arrived a parcel was delivered. 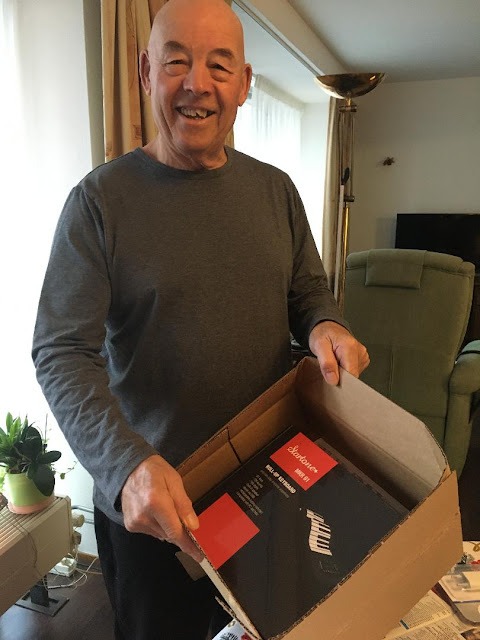 It was something hubby had ordered before we left. 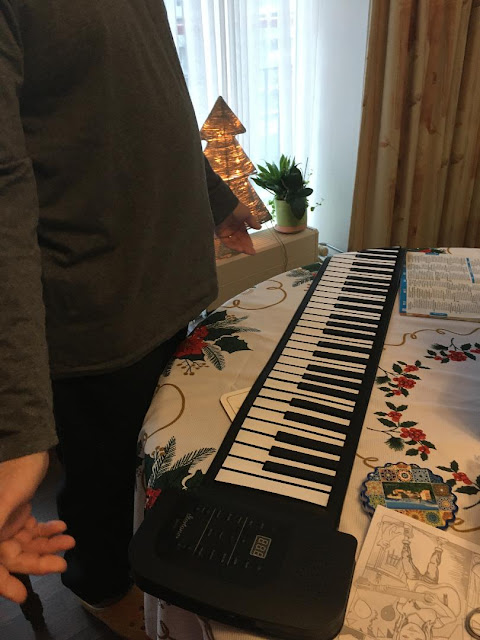 It is a roll up practice keyboard. He has been playing it every day since it arrived. Although it has speakers, hubby uses his earphones and practices his inversions. 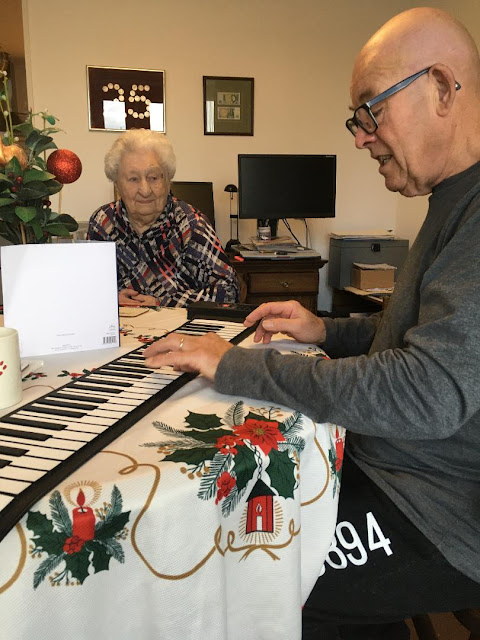 Mum has a small kitchen and a small oven, so Christmas dinner had to be cooked in stages. I cooked roast pork the day before and on Christmas day I did the roast potatoes. Here is hubby putting some honey on the roast parsnips: 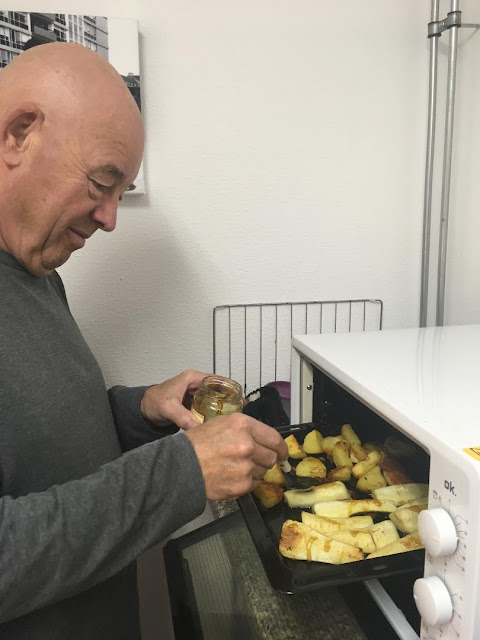 Eventually this was the result: 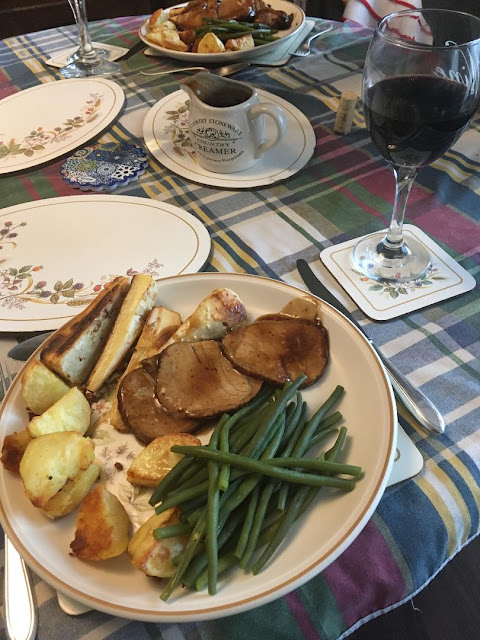 A nice glass of red wine, brought over from Spain, is my qualifier for Elizabeth and Bluebeard's T-Party.
There were lots of telephone calls to loved ones abroad: 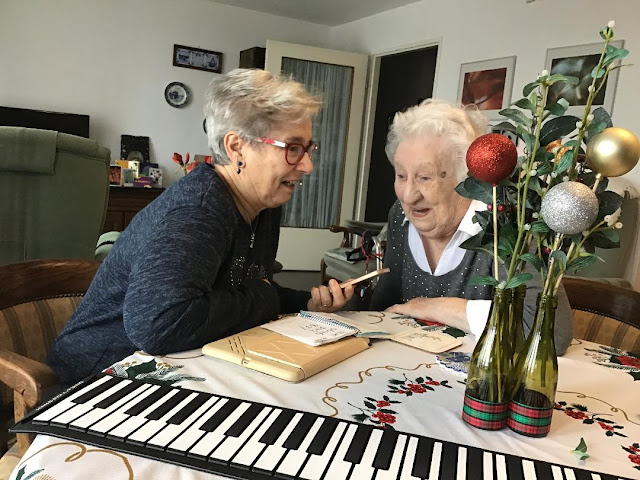 The weather was awful (and stil is), but the first day we were there we had to go food shopping. 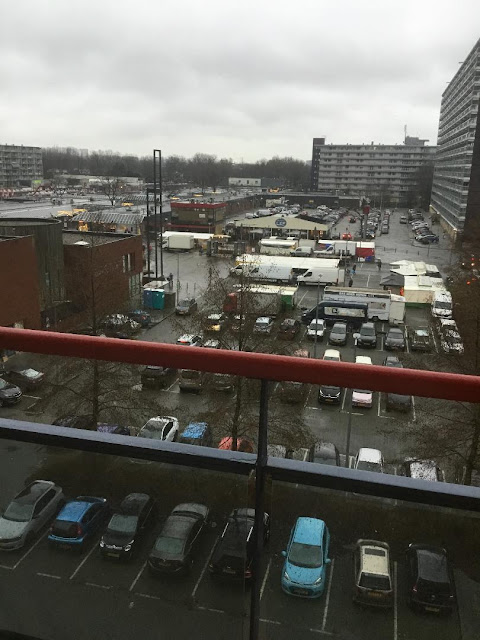 The supermarket is just to the left of the car park, so we brought the trolley into the flat. 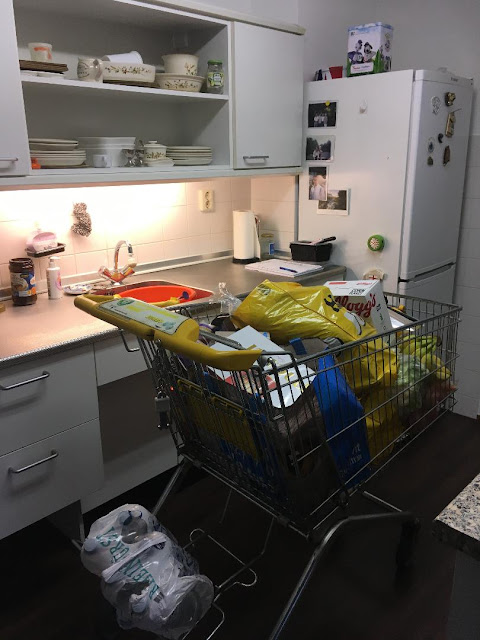 Half an hour and a bottle of desinfectant later, everything had been put away.
I did some baking and made these cute Christmas trees, covered with chocolate. 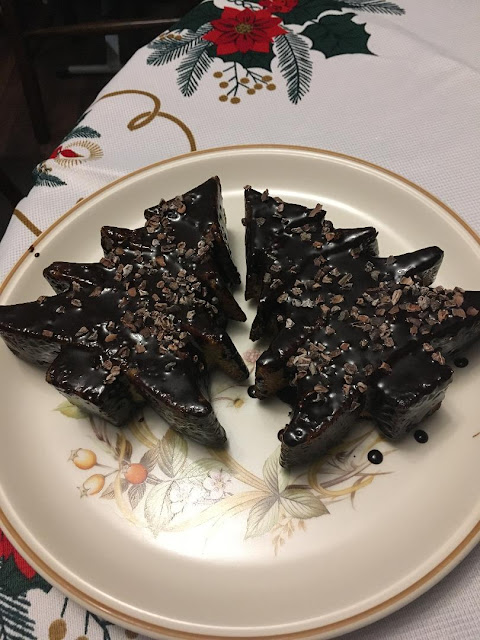 We shared one with our coffee: 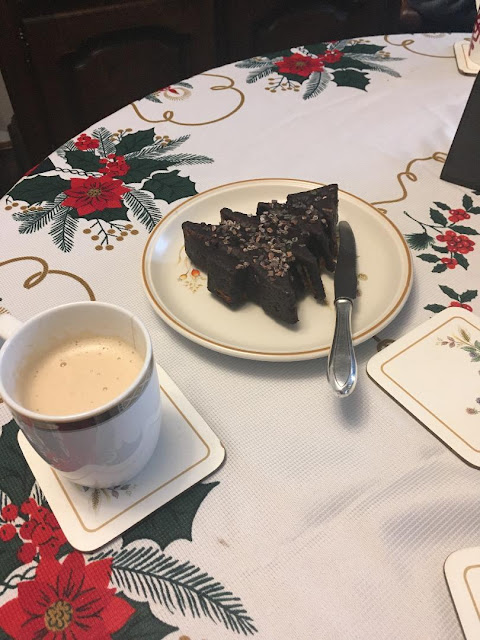 I started some sock knitting. Toe up with magic loop needles and     Turkish casting on. I have now got to where the heel begins so I have started the second one, leaving the first sock on other needles. 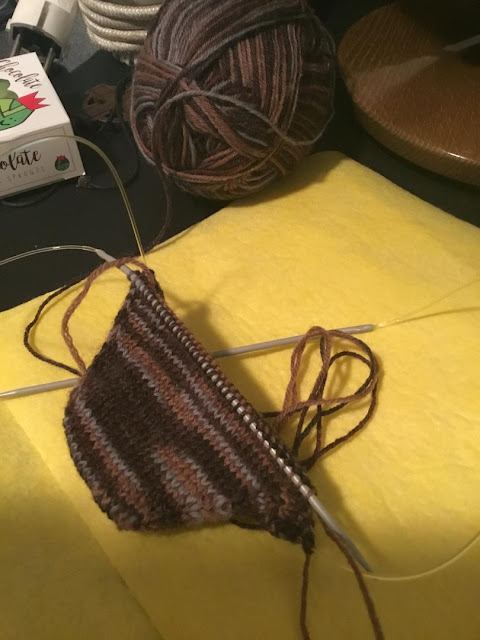 Hubby has been feeling off colour for a month now, he has 'irritable bowel' type symptoms. We have to wait until we get back home to go to see our doctor. But as there are so many celiacs in his family, we thought we'd try a glutenfree diet to see if it makes any difference. So we bought some products today. I'll keep you posted. 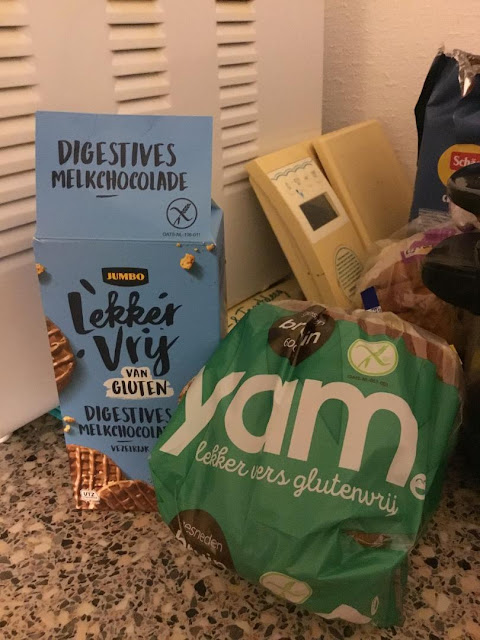 Now this is a bread toaster. It doesn't look very special, but it is. It is the toaster mum and dad got given as a wedding present in 1950 and it still works perfectly! How amazing is that! (They didn't have inbuilt obsolescence in those days). 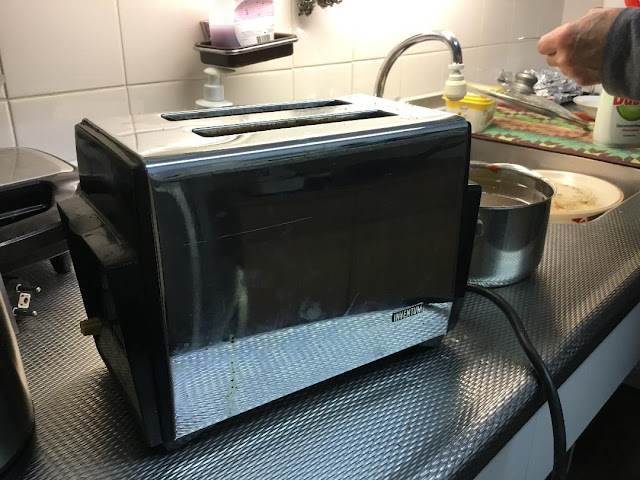 I think I will leave it at that.
I wish you all a very happy and better and above all healthy New Year!
Hugs,
Lisca