A Postcard a Day - Tuesday 15 December 2020 - T for Mark Twain, a nativity scene and chocolate brownies

How are you all? I hope you are all well. Hubby and I are fine and healthy. We have made the decision (against better judgement) to go to Holland and visit my mother. She is 96, and when I heard that my cousin was going away and that my mother would be all alone over Christmas, we decided to catch a flight and go. So fingers crossed, it all goes well. The Netherlands will be in lockdown, but that doesn't bother us as we don't need to go anywhere. Everything will be closed apart from food shops. That is fine by me.

To be able to come back into Spain we need a negative Covid test, so we have already booked the test. My next T blog will be from Rotterdam and I'll tell you how the journey went.

My postcard for today is an interesting one. You guys across the pond will have recognized the photo, but I didn't know this was Mark Twain, the author of Huckleberry Finn. Wikipedia writes this:

Samuel Langhorne Clemens (November 30, 1835 – April 21, 1910), known by his pen name Mark Twain, was an American writer, humorist, entrepreneur, publisher, and lecturer. He was lauded as the "greatest humorist the United States has produced," and William Faulkner called him "the father of American literature". His novels include The Adventures of Tom Sawyer (1876) and its sequel, the Adventures of Huckleberry Finn (1884), the latter often called "The Great American Novel". 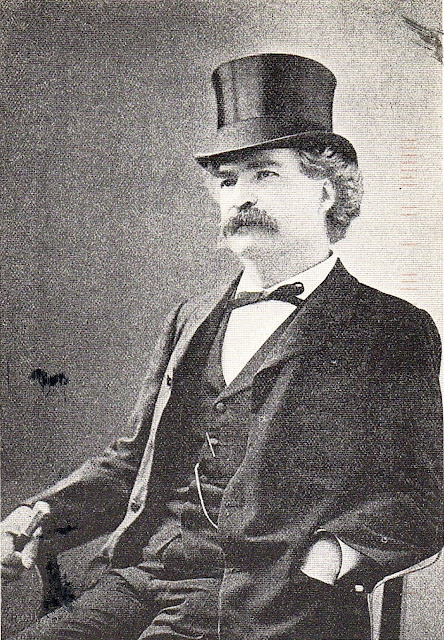 It was sent to me by someone called Muchu. He or she bought the card at the Mark Twain house and museum in Hartford, CT.
The stamps are colourful and feature grapes, Santaclaus and a Halloween scene.

Of course I then had to look up the Mark Twain House (as you do). And I discovered it is the most beautiful house I have ever seen! 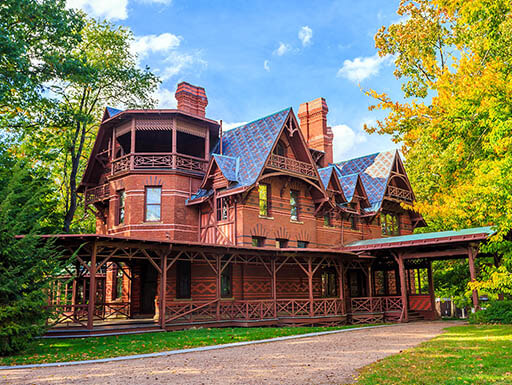 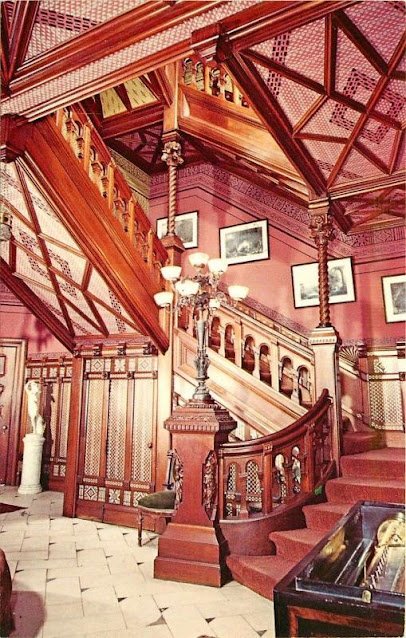 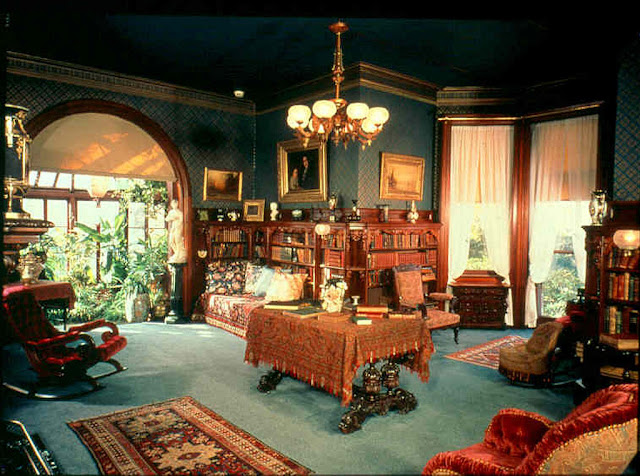 I found a virtual tour of the house on the Internet and I have spent a good deal of time wandering around that beautiful home.
Twain was born shortly after an appearance of Halley's Comet, and he predicted that he would "go out with it" as well; he died the day after the comet made its closest approach to the Earth.
What has my week been like?  We have had some storms. Here you can see one coming at the end of this street in our village. 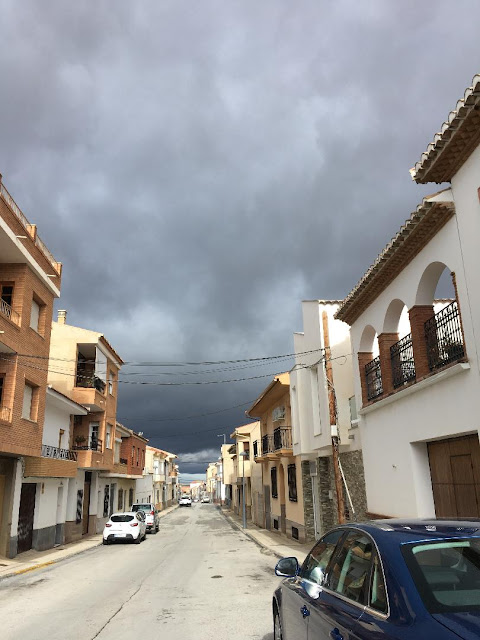 I have baked bread twice this week. I've made honey whole wheat bread and a rye bread. I made the dough in the bread maker and then I baked the bread in the oven. I got the recipes at saladinajar.com. 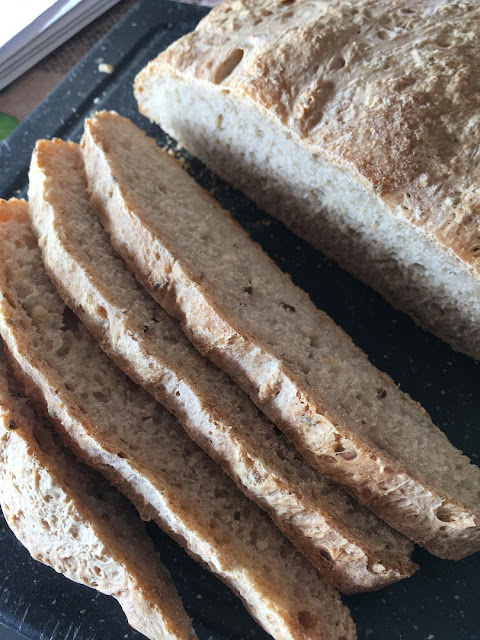 When I went to the local shop the other day, I passed a house that had their nativity scene outside. Very pretty it was. 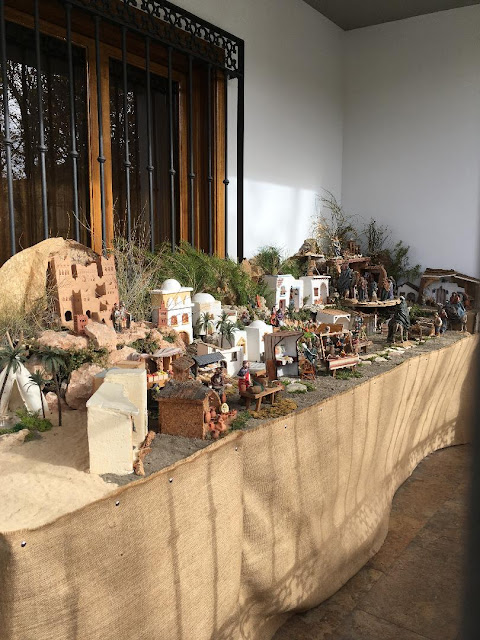 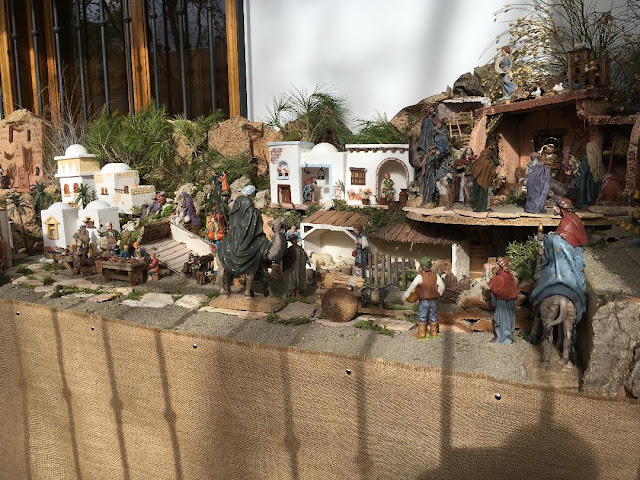 I also made chocolate brownies for our friends. They had made pizzas and gave us some. I had made the choc brownies and gave them some. Fair exchange is no robbery. 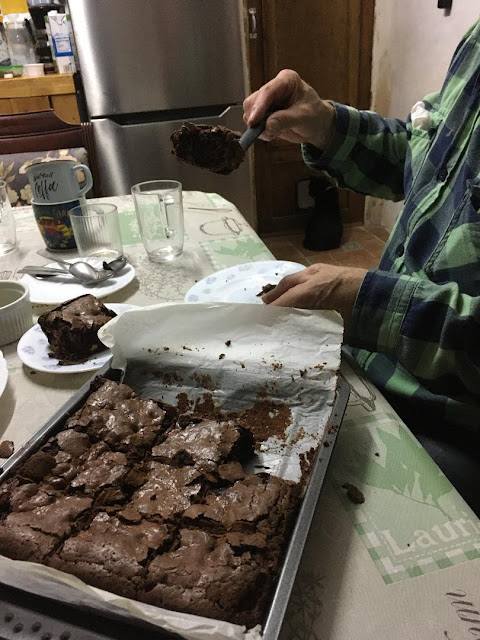 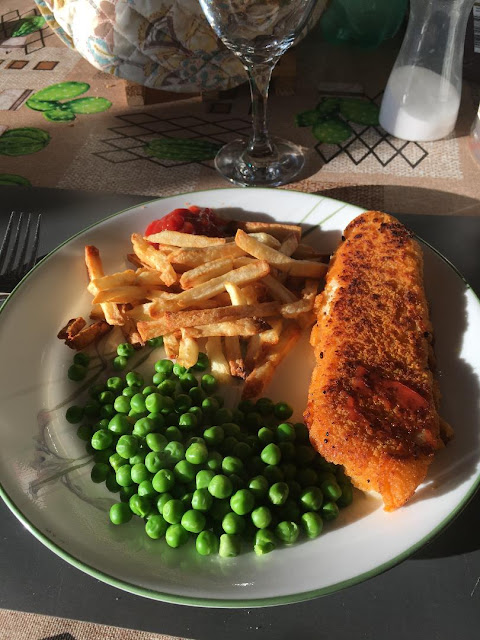 We had a glass of Radler beer. (beer with lemon). And this beverage is also my 'ticket' for the T-party hosted by Elizabeth and Bleubeard. 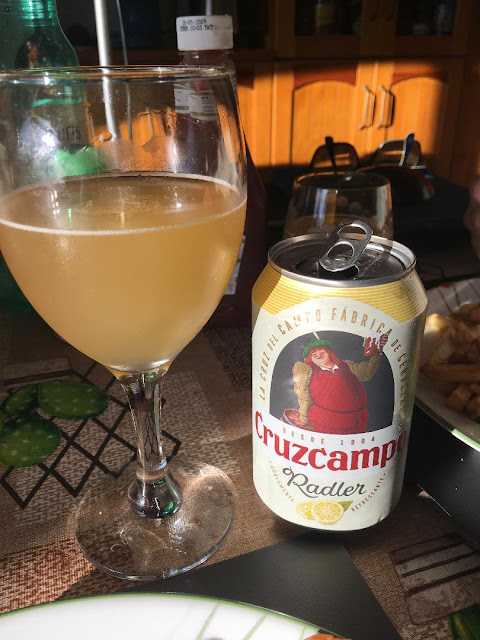 The storms have passed and the skies are blue again. The weather is lovely again. This is the view from one of our terraces. 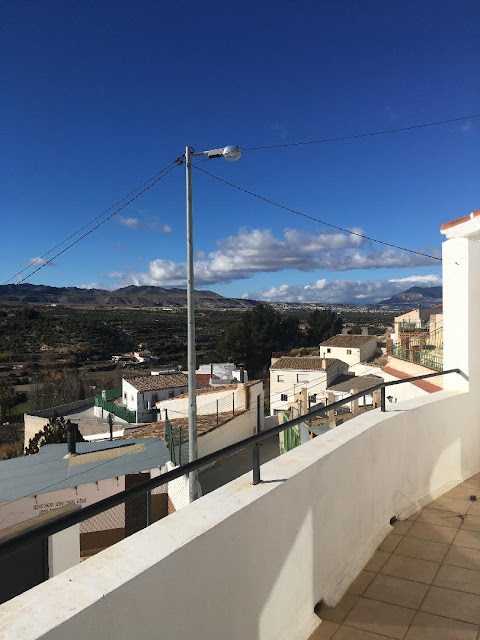 I have just finished my book The Beekeeper of New York. I absolutely loved it. It is about a girl called Yusra (originally from Yemen) who looks after her autistic brother. Her best friend Sophie is a practicing Muslim, and her brother believes in the healing powers of honey, but Yusra herself only believes in things she can see. Then one day her brother falls off the roof and ends up in hospital.... 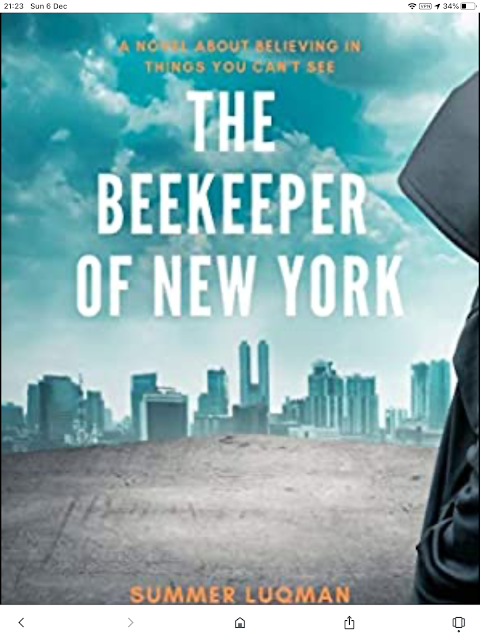 I have now started this book The Lie Tree. It is set in Victorian England about 10 years after Darwin publishes his theories. 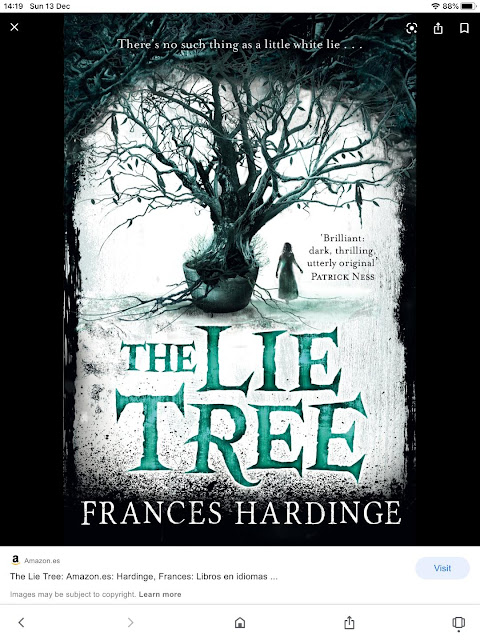 Faith's father has been found dead under mysterious circumstances, and as she is searching through his belongings for clues she discovers a strange tree. The tree only grows healthy and bears fruit if you whisper a lie to it. The fruit of the tree, when eaten, will deliver a hidden truth to the person who consumes it. The bigger the lie, the more people who believe it, the bigger the truth that is uncovered.

The girl realizes that she is good at lying and that the tree might hold the key to her father's murder, so she begins to spread untruths far and wide across her small island community. But as her tales spiral out of control, she discovers that where lies seduce, truths shatter . . .

So far i'm liking it.

That's it from me girls.

Have a good week and

Happy T-Day to everyone,