Hello lovely ladies,
Here we are again, joining Elizabeth and Bluebeard for the T-Party. I have a drink, which I will show you a bit further down.

First I'd like to show you two postcards. The first comes from Russia and shows Emperor Nicholas II. He is a fine looking young man, who came to a sticky end. 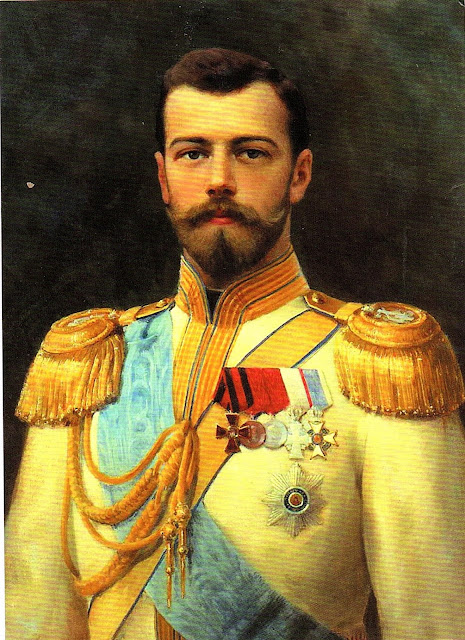 Wikipedia writes: Nicholas II or Nikolai II Alexandrovich Romanov (18 May 1868 – 17 July 1918), was the last Emperor of All Russia, ruling from 1 November 1894 until his forced abdication on 15 March 1917. During his reign the Russian Empire fell from one of the foremost great powers of the world to economic and military collapse. He was reviled by Soviet historians as a weak and incompetent leader whose decisions led to military defeats and the deaths of millions of his subjects. By contrast Anglo-Russian historian Nikolai Tolstoy, leader of the International Monarchist League, said in 2012, "There were many bad things about the Czar's regime, but he inherited an autocracy and his acts are now being seen in perspective and in comparison to the terrible crimes committed by the Soviets."

The stamps are beautiful. In particular the large one
on the right 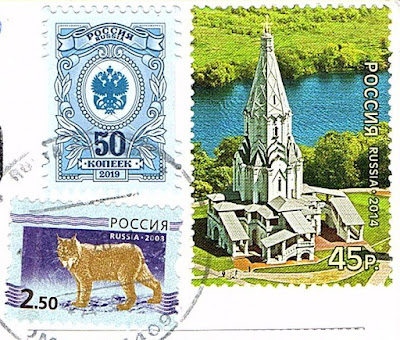 It was issued on September 05, 2014, in a series of World Cultural Heritage of Russia - It is the Church of the Ascension of Christ in Kolomenskoye,  the exceptional Ascension church (1532), built in white stone to commemorate the long-awaited birth of an heir to the throne, the future Ivan the Terrible. Being the first stone church of tent-like variety, the uncanonical "White Column" (as it is sometimes referred to) marked a stunning break from the Byzantine tradition. 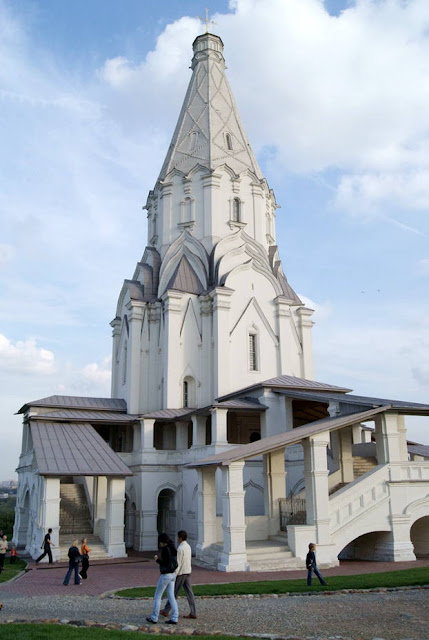 Kolomenskoye  is a former royal estate situated several kilometers to the southeast of the city center of Moscow, Russia, on the ancient road leading to the town of Kolomna (hence the name). The 390 hectare scenic area overlooks the steep banks of the Moskva River. It became a part of Moscow in the 1960s.
My second card comes from the USA. It was sent to me by Ernesto, who lives close to San Francisco. 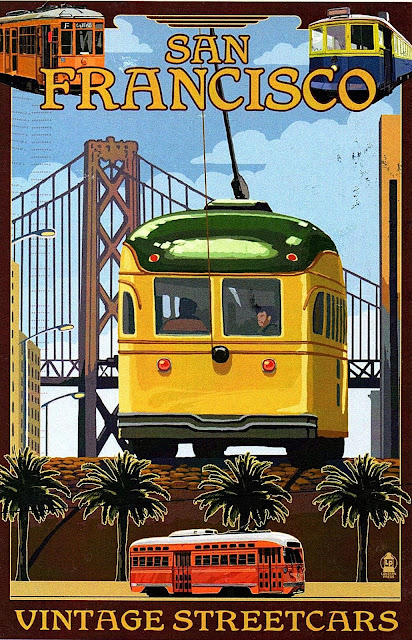 I love the old posters. This one is an original poster by Lantern Press. (No date given).

My mum celebrated her 96th birthday on the 5th. There are still travel restrictions so neither my sister nor I have been able to visit her. But we spoke on the phone (no she doesn't 'Zoom'. Her eyesight is too bad to be able to find it on her computer). One of my cousins was visiting her when I phoned and took a picture as I was talking to her.

Note her large talking wrist watch (as she is practically blind).

Last week we went to a place in our village that sells hessian sacks. (The big heaps are almonds) 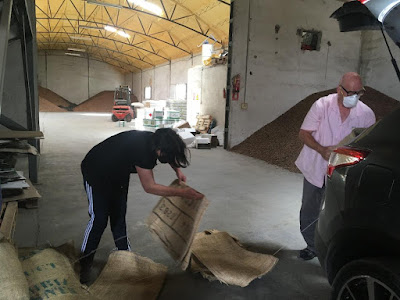 They are old coffee beans sacks from Ivory coast and Colombia. 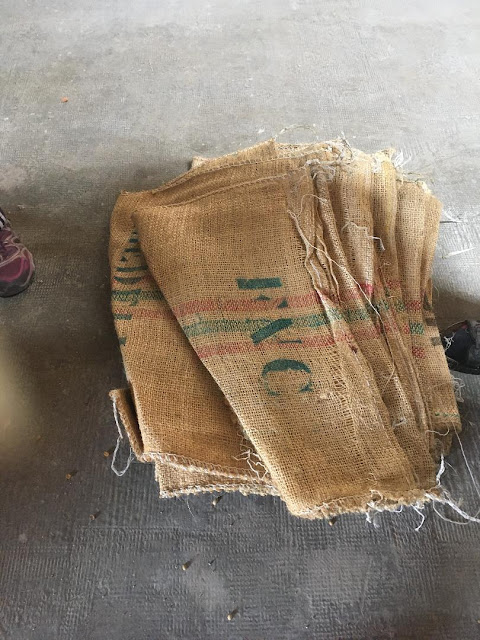 They look new but they must have been used at some stage as these raw beans fell out of one of them. 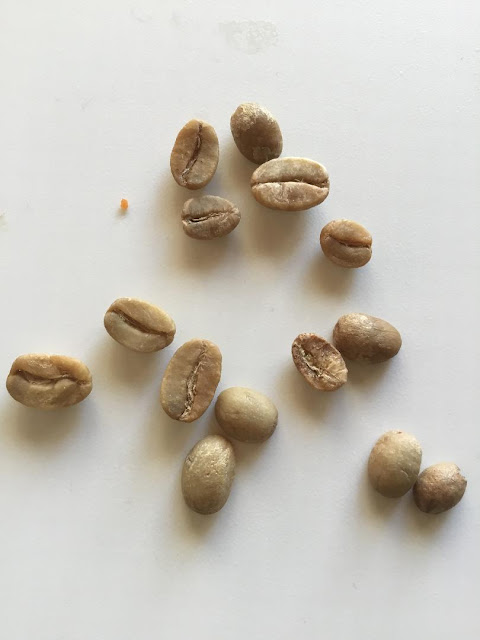 A few days later hubby and I went to a friend's farm to collect horse manure (dried). It was a question of digging it up with a spade from the paddock. 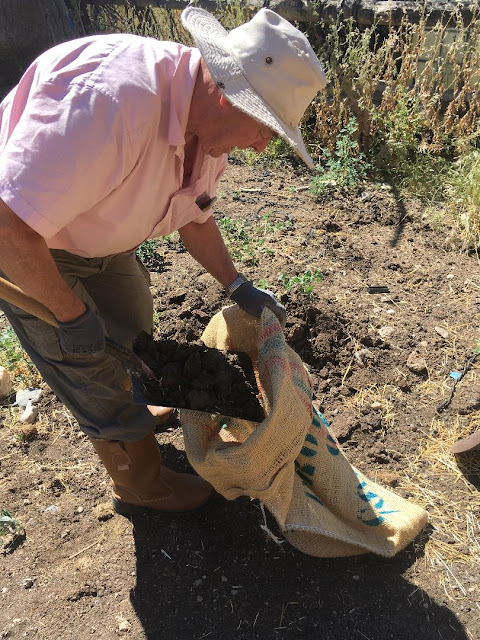 Then we went to his carpentry workshop to fill some sacks with saw dust, which is going to be used as mulch. 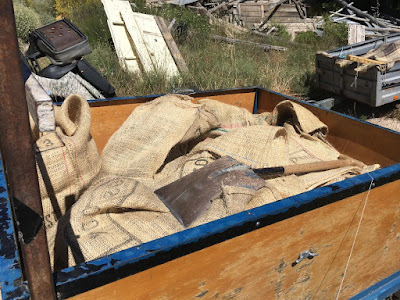 We collected three sacks of manure and five of saw dust.

The broom in in full flower. Yellow everywhere you look. I looks very bright. 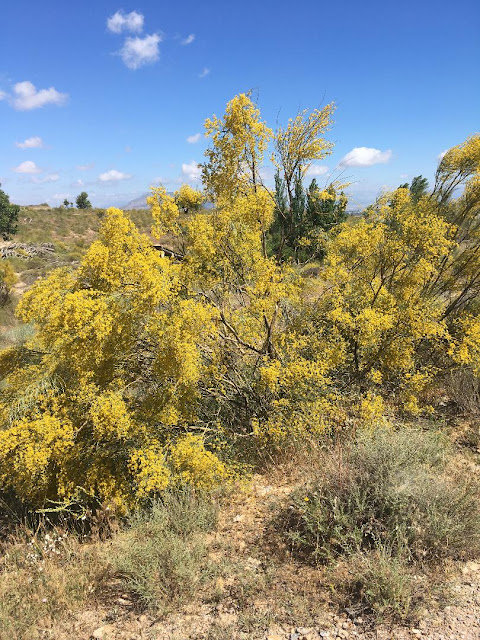 This plant is called broom for obvious reasons: they used to make brooms with the dried bush. It is better visible on the next photo. 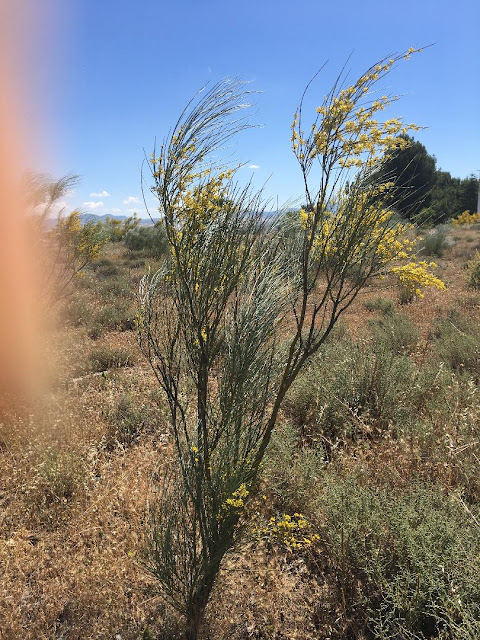 In the USA it is an imported species and as such very invasive. So if you live in the USA and see these shrubs, it means bad news, as they are difficult to get rid of.

Yesterday, I have been able to source a large picture frame. One of the large Chinese hypermarkets has opened again. And voilá, I have been able to frame one of my jigsaw puzzles. Needless to say I am very pleased. I would like to buy one frame a month (funds permitting) as I have many jigsaws ready. 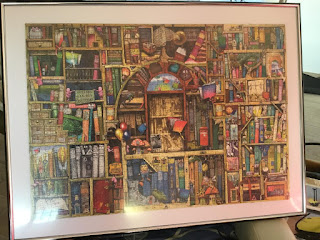 Now for my T-Party qualifier: It's a 'tea' called Noches Magicas, which means Magic Nights. 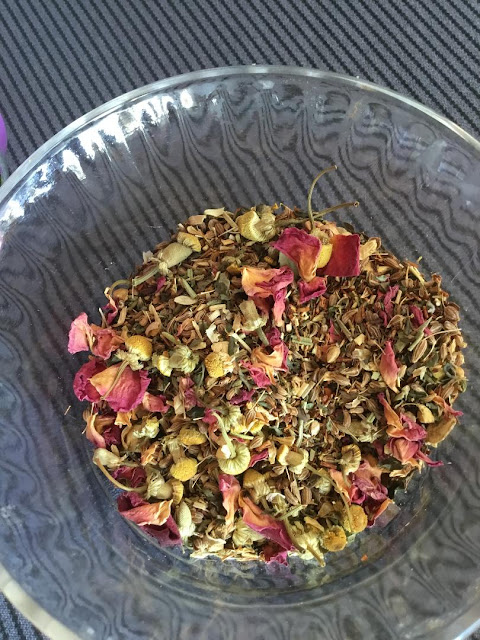 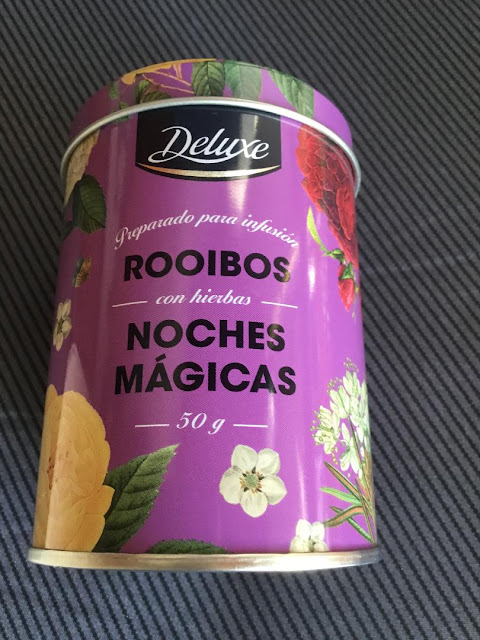 We bought it at our local Lidl supermarket and we like it a lot. So yesterday we went to buy more, but they had sold out already. I should have bought more at the time!

That's it folks. Wishing you all a very happy T-Day.
Hugs,
Lisca
Posted by Lisca at 00:24