A Postcard A Day - Tuesday 20 Feb 2018 - T for another royal wedding, tapas and hello kitty

Good morning lovely peeps,
It's great to see you here. I really appreciate your visits. I hope you will like what I have to share today.

Remember last week I received a vintage postcard of a Dutch royal wedding many years ago. It was queen Juliana (then princess)'s wedding to prince Bernhard. 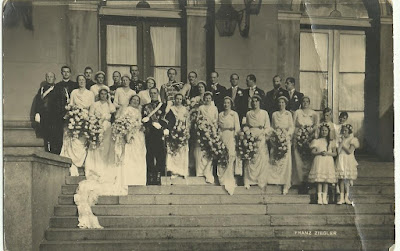 Well, this week I received another card (from a different person) of another Dutch royal wedding! 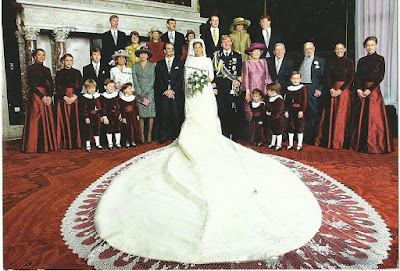 It was the wedding of queen Juliana's grandson Willem Alexander to Máxima. Juliana was queen when I was a child. I also remember Beatrix succeeding her in 1980. And of course as recent as 2013 her son Willem Alexander became king.
But this royal wedding was in February 2002 (yes, they have just celebrated their wedding anniversary). 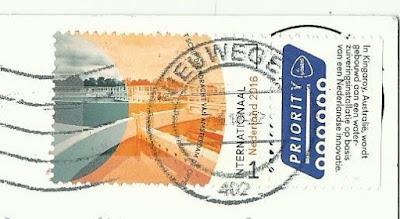 This was the stamp on the card. It shows a waste water treatment plant in Kingaroy, Australia, that uses a new technology developed by the Dutch. This is the info I found on it. "Nereda is the wastewater treatment technology that purifies water using the unique features of aerobic granular biomass.
Nereda is sustainable and cost-effective: it requires a quarter of the area of conventional activated sludge installations and the process can reduce up to 50% on energy-costs. The award-winning technology was invented by the Delft University of Technology in the Netherlands and developed in a unique public-private partnership between the University, the Dutch Foundation for Applied Water Research (STOWA), the Dutch Water Authorities and Royal HaskoningDHV."  Interesting.
There is a T-party going on over at Elizabeth and Bluebeards's. Come and join us with a blog post that has a drink in it. I just want to say to Bluebeard that (our cat) Precious says hello: 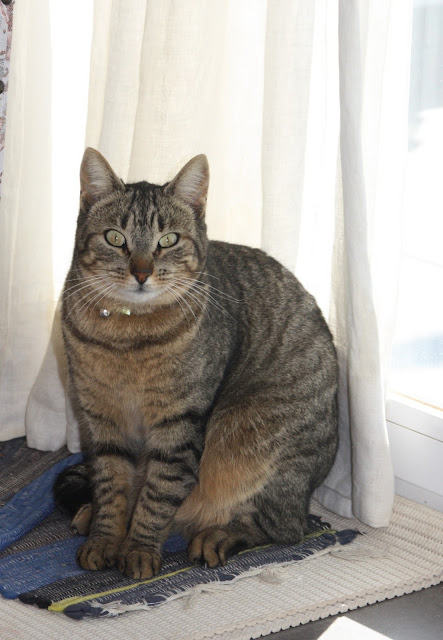 Our best friends are called David and Patricia. At least once a month we go out for a drink and something to eat. Usually we go to a restaurant called the Venta del Sol. I didn't photograph the menu (like Elizabeth always does) because I couldn't find it. Locally we just ask what they have to offer, or if you fancy something in particular, like whole squid, you ask: do you do whole squid?
We started with drinks. And with every round of drinks comes a free tapa. 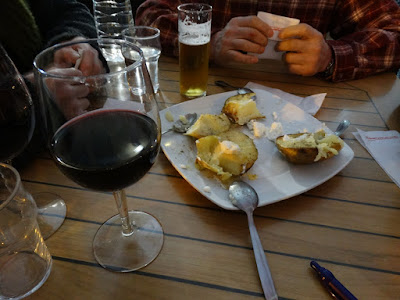 In this case, the tapas were the baked potatoes with garlic mayonnaise, which we had nearly completely devoured before I remembered to take a picture.
The tapa that came with our second drink was fish. A few fried sardines with some olives. Very nice. 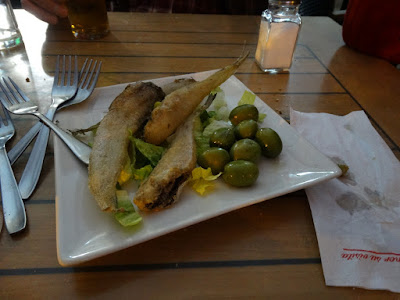 My drink again was a glass of red wine: 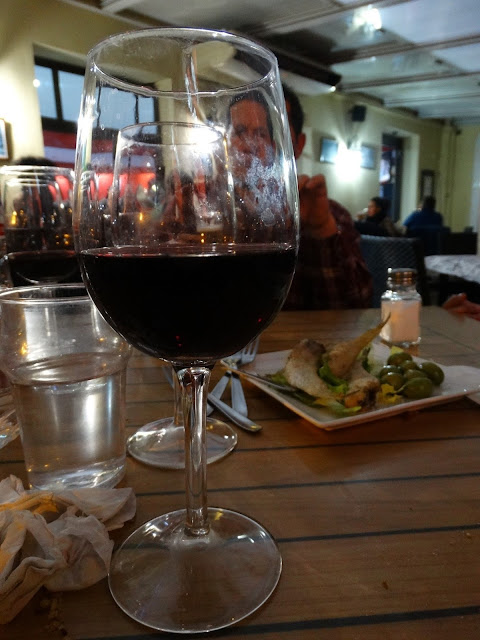 After all that we were not hungry enough to order a full platter of stuff. So we had our favorite: Filled toasted ciabatta: 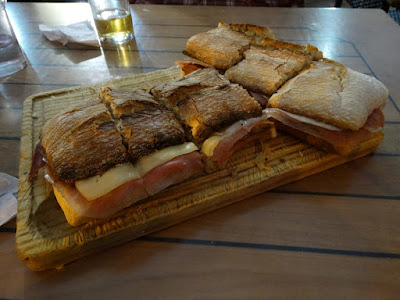 Here I am tucking in. The ciabatta was filled with Serano ham and Manchego cheese. Yum! 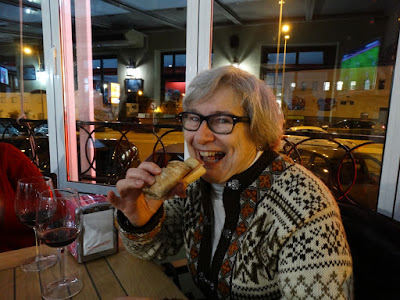 What else can I show you.
Ah, here is our friend Alfredo. He is a good friend from church. When we found out he was a builder, we employed him to build the foundatons and the basic structure of our house. (Hubby built the rest). Alfredo has stables and 28 horses. He organises riding holidays as he also has accomodation in the form of holiday cabins. His favorite horse is this white horse. On festive days he dresses in traditional Andalucian dress and rides. Isn't he handsome! 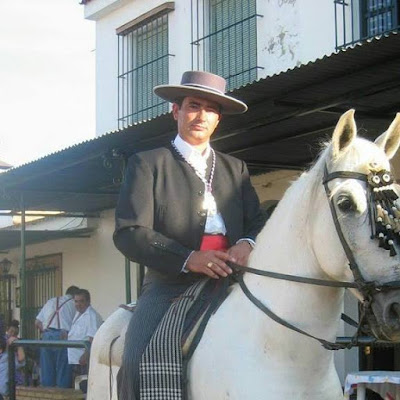 To finish off, I would like to show you a photo a friend of mine took. It is to show you where we live. It is basically 'badlands', but I find it strangely beautiful. The reservoir you can see in the photo is (on a sunny day) turquoise. 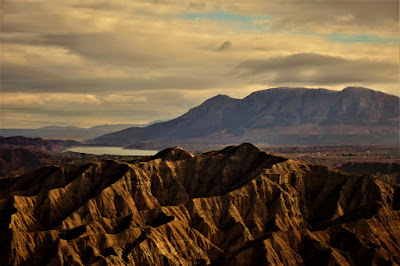 Fortunately we don't get many cloudy days like that.

That is it from me today.
I wish you all a wonderful T-Day,
Hugs and blessings,
Lisca