Hello lovely people,
It's Friday again and I would like to tell you how my week has been and share my smiles. (I'm smiling most of the time). I will then link up with Annie at A Stitch in Time for her Friday Smiles. 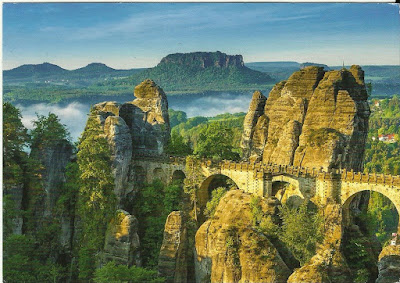 First my postcards: This one comes from Germany. It has beautiful rock formations and a sort of bridge. I am intrigued. The card does not mention where it is. I would love to know...
This is the stamp: 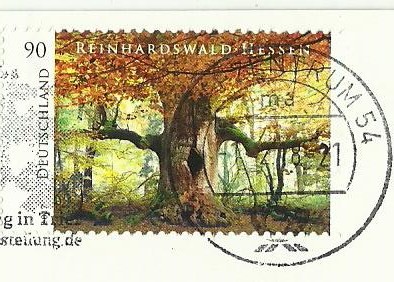 An old tree. It seems an old man with his arms open wide and saying: Ooo.. 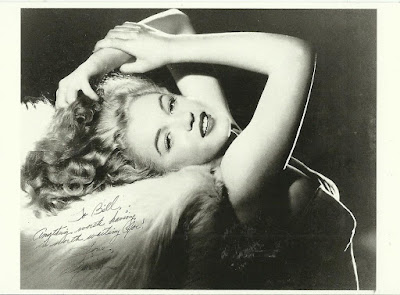 It was sent by Sayaka in Tokyo. She loves reading and is reading at the moment a book about Iqbal Masih. This is what I found about him on the internet:

Iqbal Masih, Pakistan, received The World's Children's Honorary Award 2000 posthumously, for his struggle for the rights of debt slave children. Iqbal became a debt slave at an early age, for the owner of a carpet factory who then sold him on.
Iqbal was around 5 or 6 when he started working in the carpet factory. He worked from early morning until evening and was often treated badly. When his mother Anayat needs money for an operation, she took out a loan from a carpet factory owner. The loan, or ‘peshgi’, was in Iqbal’s name. That means that Iqbal owes Ghullah the 5000 rupees (100 US dollars) that his mother’s operation cost. Now Iqbal was a debt slave and the factory owner was in charge of his life.
Five years later, Iqbal was liberated from debt slavery. He started attending the Bonded Labour Liberation Front (BLLF) school. Iqbal talked to his friends who worked at carpet factories and spoke at meetings. He gave many carpet worker children the courage to leave their owners. The owners threatened Iqbal who, after receiving an award in the USA, was murdered on 16 April 1995.
Today, Iqbal is a symbol for the fight against harmful child labour and slavery all over the world.

So, what have I been up to. I have attended a two day basic photography course here in the village. Saturday was indoor, learning the basics about aperture and exposure etc and learning to find our way around our SLR camera. 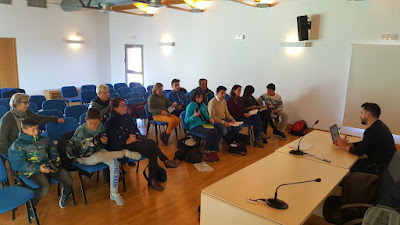 It was great to see quite a few youngsters.


On Sunday we braved the cold and went outside to practice with composition and also photograph moving things. 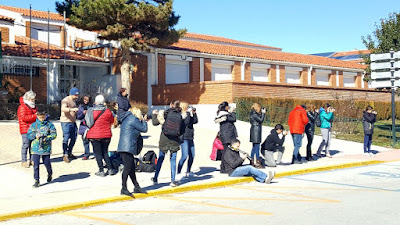 I really enjoyed the course and learnt an awful lot. (I'm there on the left in the red jacket.)


Also during the week hubby needed to take its scooter for his vehicle inspection (English MOT), which in Spain is called ITV. It's all very oficial. We went to the ITV building 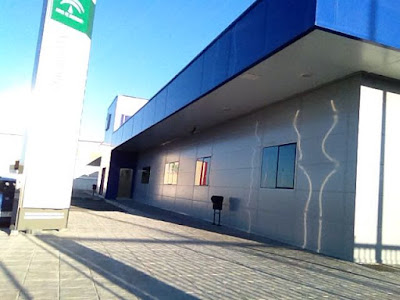 As it happened there was a document missing. We were sent home to go look for it, but we didn't find it. So in the afternoon we went back to ask them if we could order a copy. 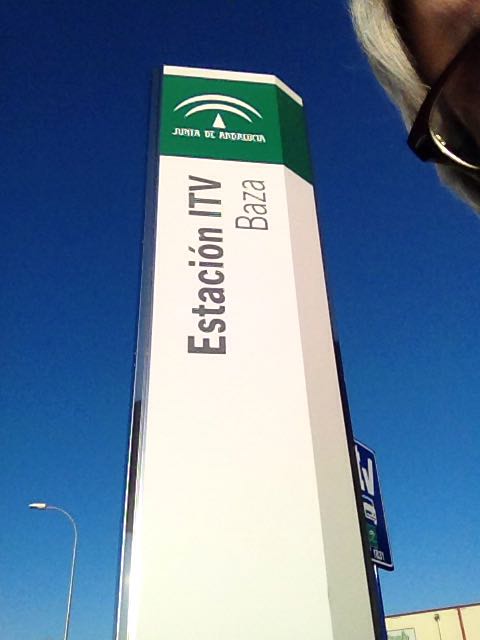 Which they did, and told us it would take 10 days. OK. Back home, after a few hours, hubby triumphantly shows me a grubby looking piece of paper. He has found it! It was outside on the terrace in a crate of car cleaning stuff. It was nearly 7 pm and we decided we would go to town for the third time that day to cancel the document copying and make a new appointment for the inspection.
They were just as delighted as we were and offered to do the inspection there and then: 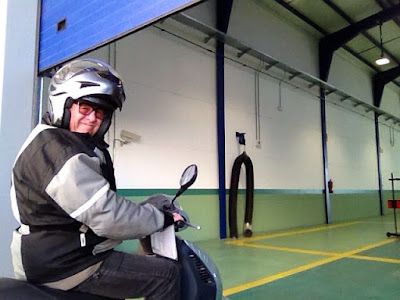 Wait by the entrance until the light is green. 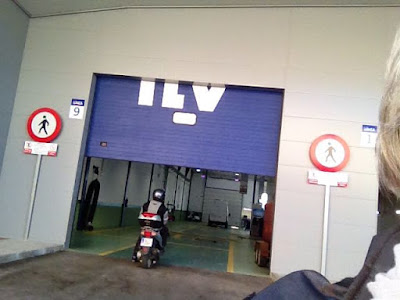 Drive in towards the technician. 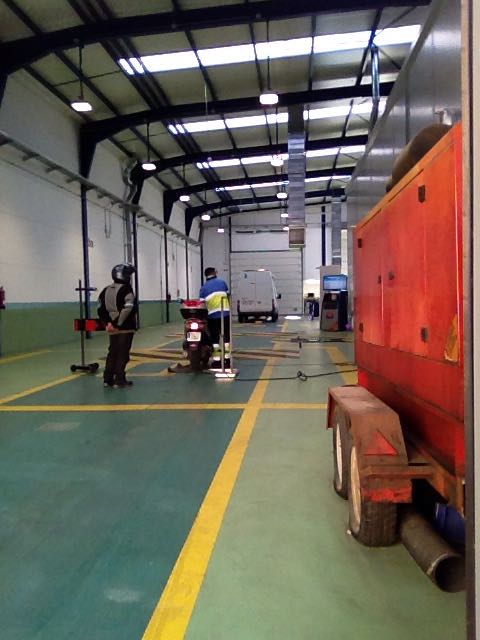 I'm not allowed in to translate, so sometimes it is easier for the technician to do things himself rather tan try to explain to my hubby what he wants done. 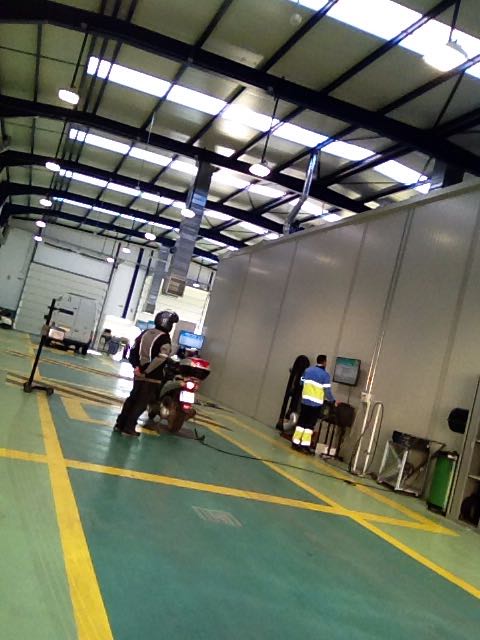 Here the exhaust fumes are checked with a probe. They are very strict on that.
The whole process took all of 10 minutes and we are OK for another two years.

Yesterday I have been scrapbooking. I made six layouts. One of them is this: 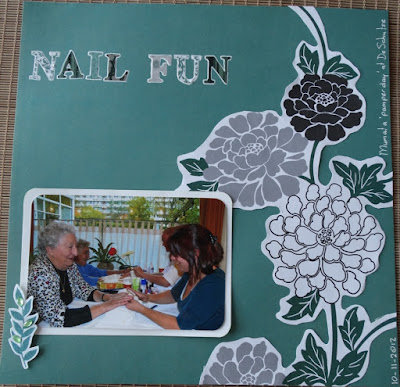 I had found a box (years old) with teal coloured papers and embellishments. I fussy cut the flowers and used the letter stickers and leaf embellishment that came with the kit. The photo is my mum a few years ago when she went on a 'pamper day' and she is giggling away here having a manicure.


I found two more photos of my mum on an outing during the same month so they can be a double page: 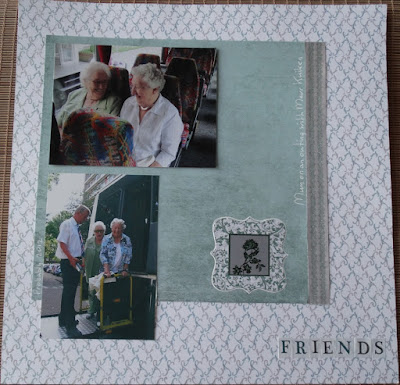 She was going on a coach trip with her friend and had great fun using the lift to get into the coach.


Talking about fun.... Lets have some funnies: 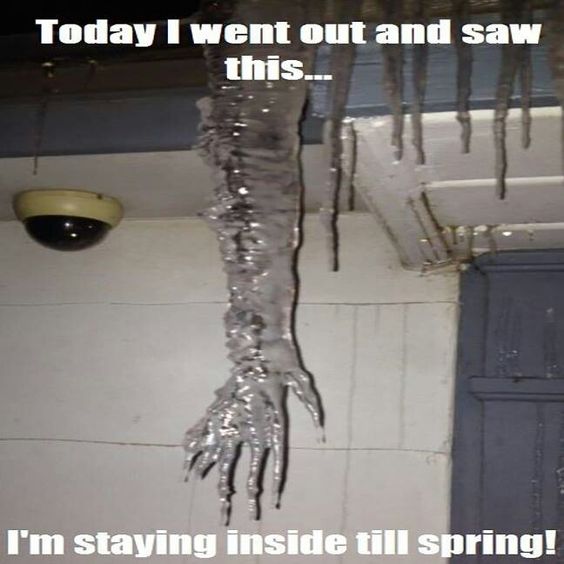 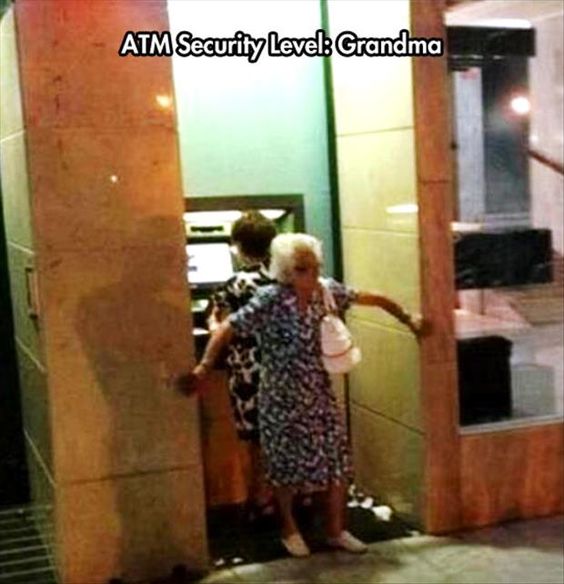 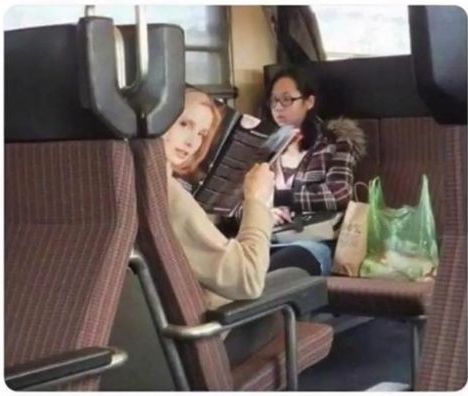 Caption: 'I thought this lady was staring at me until I realised it was a magazine...'

That's it from me for today.


I hope you all have a great weekend and see you next week.