Hello lovely ladies, How are you all? Today my blog is about the smiles we have had this week and there have been many.

Of course I also have a postcard to share. In fact I have two as there is a large pile of cards still to get through.

Both cards reflect summer holidays. The first one is this: 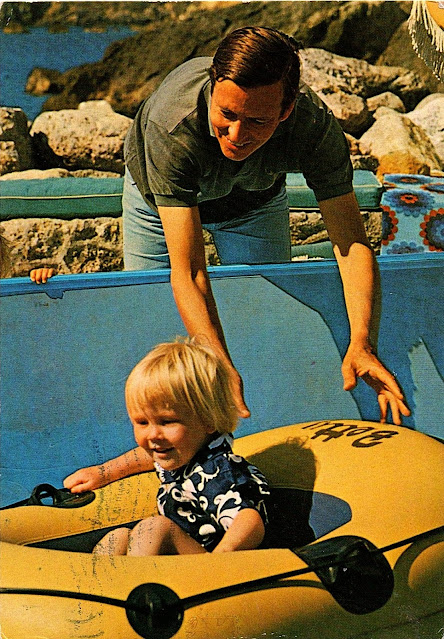 It is the current Dutch king Willem-Alexander when he was a toddler. His father Prince Claus (Queen Beatrix's husband) is keeping an eye on him. The photo was taken in 1971 in Porto Ercole (Italy) where the royal family always went on holiday. They have a villa there where they have privacy. 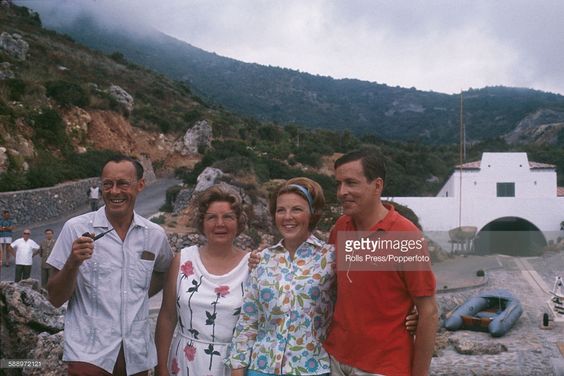 They would always have one photo shoot at the start of their holiday and after that the press would leave them alone. The above photo I found on the Internet and it features from left to right Prince Bernhard, (the then) Queen Juliana, Beatrix and Claus. 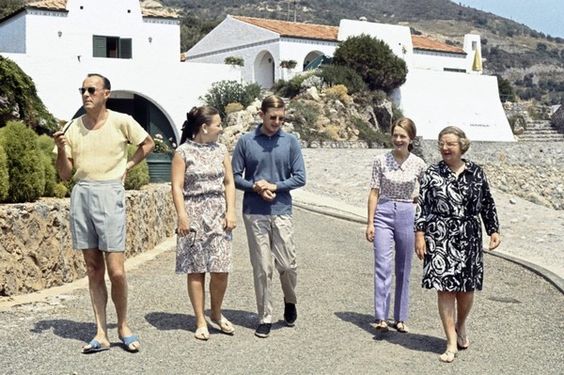 On this photo I recognize Prince Bernhard on the left, then his daughter Princess Margriet and her husband Pieter van Vollenhoven, Then I see Princess Irene, who later married a Spanish prince, and Queen Juliana.
The stamps have a royal theme too. The one on the right celebrates Queen Juliana's 70th birthday. She was born on the 30 April 1909 and died on the 20 March 2004 and was Queen of the Netherlands from 1948 until her abdication in 1980. 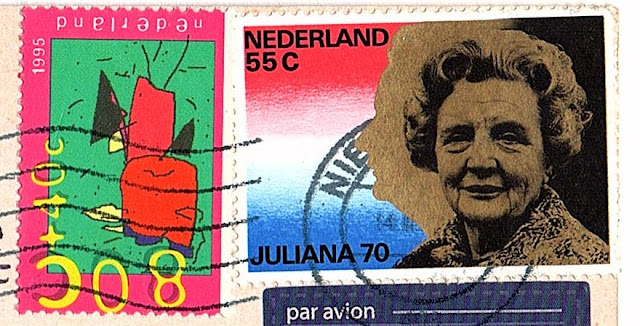 The other stamp is upside down, but it is a child's drawing. These stamps are sold with a surcharge that goes to children's charities. They have been released every year since 1924 (except the war years) on the last Wednesday of September. Of course the design is different every year.
My second card is by the famous Inge Löök from Finland: 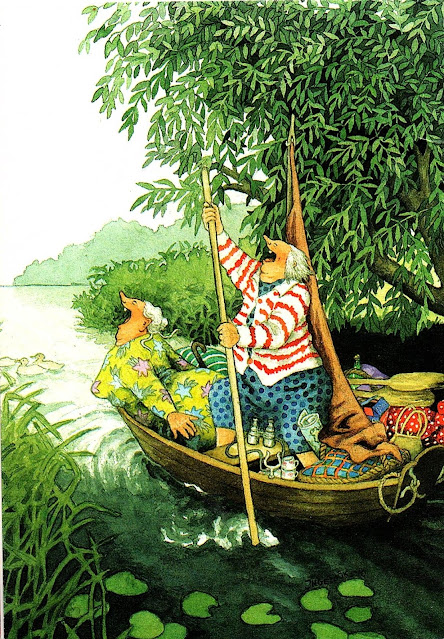 The naughty aunties are spending a day on a lake. And are singing loudly by the looks of it.
The stamps are really nice:

The red one in the middle is a Christmas stamp, and the beautiful one on the right is from a series of 'Experience Nature' - Amphibians: 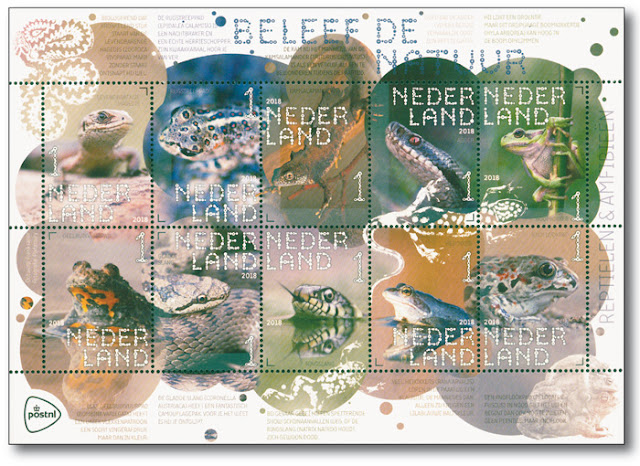 I have no info on the other two stamps.

Right, so much for my postcards. What have we been up to?

We were in Portugal last week. (see also last Tuesday's blog). The town of Portimao, on the south coast has a yearly sardines festival. We went there 30  years ago, but it has grown out to a huge festival with thousands of people and hundreds of booths selling drinks and sardines. 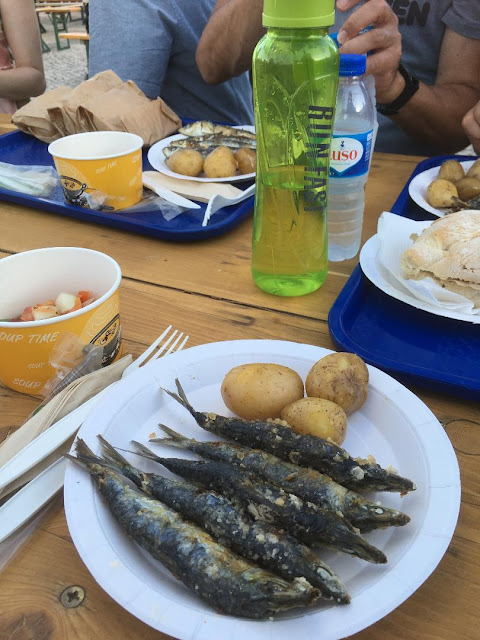 Of course they also sold other things. Here hubby has got a type of churros, but a bit flatter and dipped in sugar. 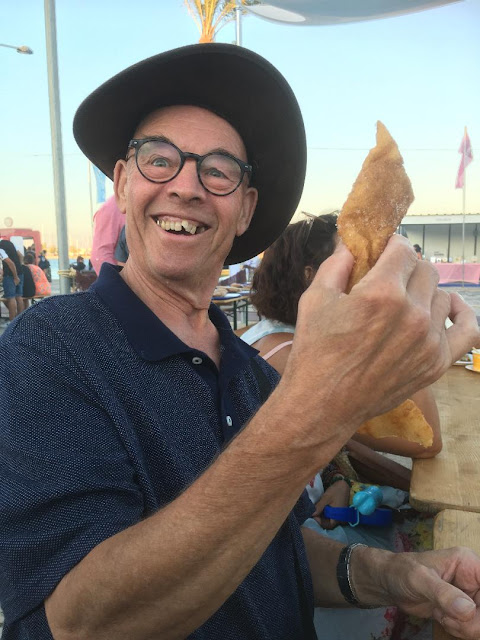 We sat at long trestle tables, watching the people go by and the occasional brass band. The atmosphere was great. 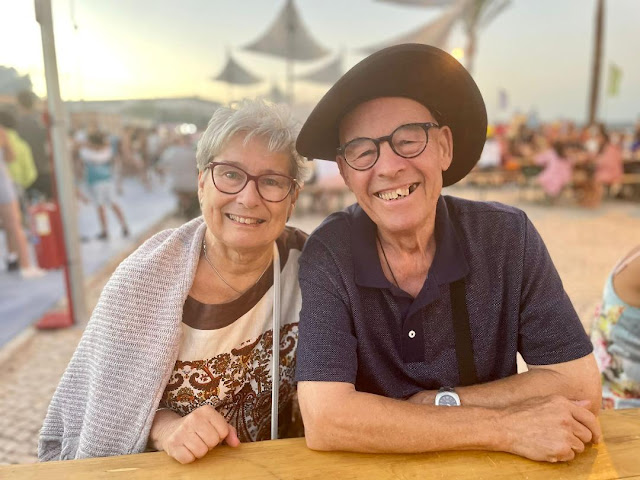 This was the festival photo thingy. We waited a long time for the lady behind us to move, but she didn't. As there were other people waiting for us, we just went ahead. 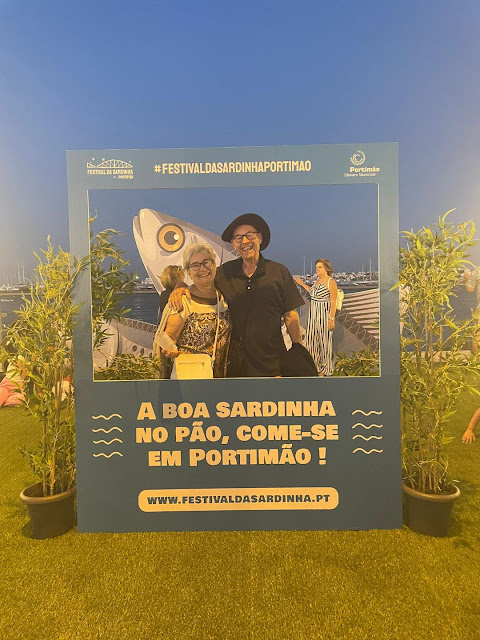 On another day we paid a visit to the local ceramics place: 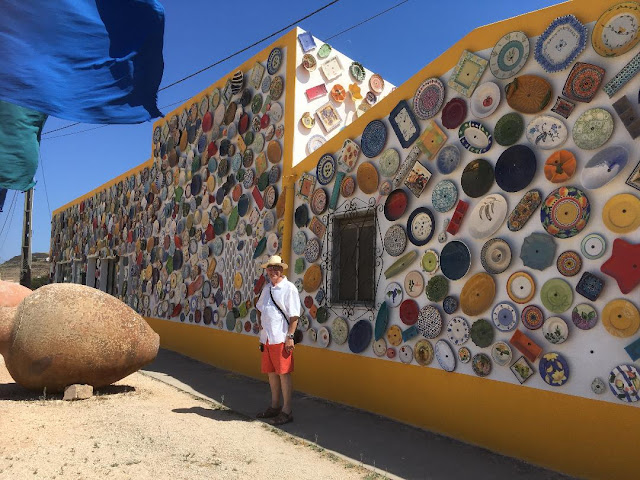 DIL wanted to buy a whole service of plates and bowls. In fact she bought ten of everything. She had asked us if we could bring them back to the UK in the car as they were flying. 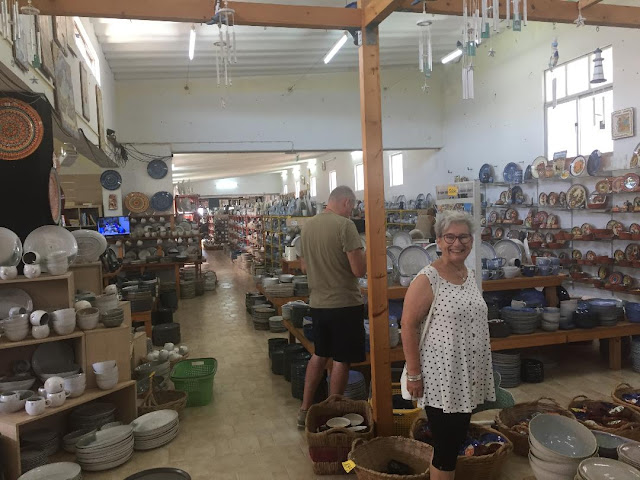 The choice was endless. I bought a bowl and a jug.
Hubby is doing fine. He had a reservoir put in under his skin a few weeks ago and this week the stitches (staples) have been taken out and the would is healing nicely. Still no word from the hospital as to when he starts his chemotherapy. We are leaving for the UK soon and they know that, so we hope it will be when we come back.
That is all from me this Friday. As you can see there were many smiles. Now over to Annie at A Stitch In Time for more smiles.
Of course I will put some funnies at the end.
Have a great weekend.
Keep smiling!
Hugs,
Lisca 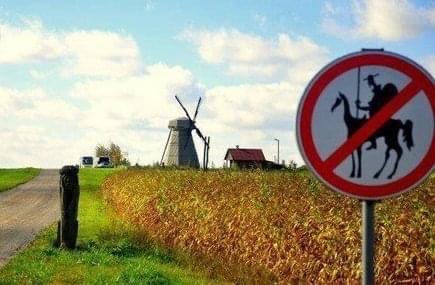 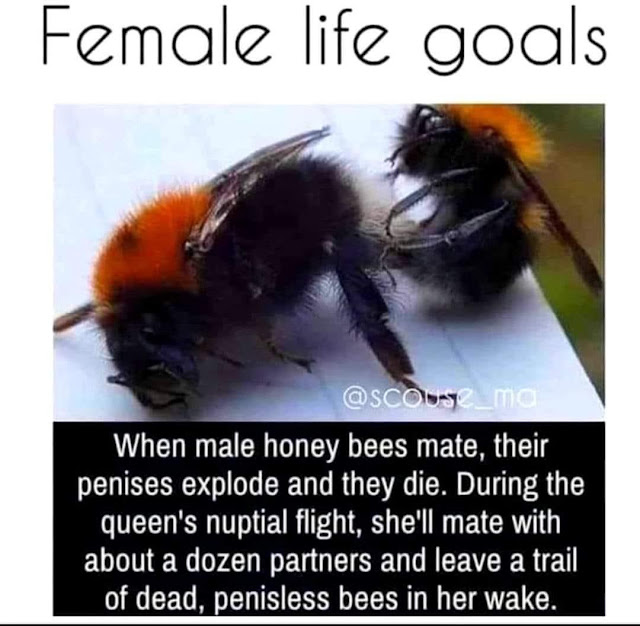 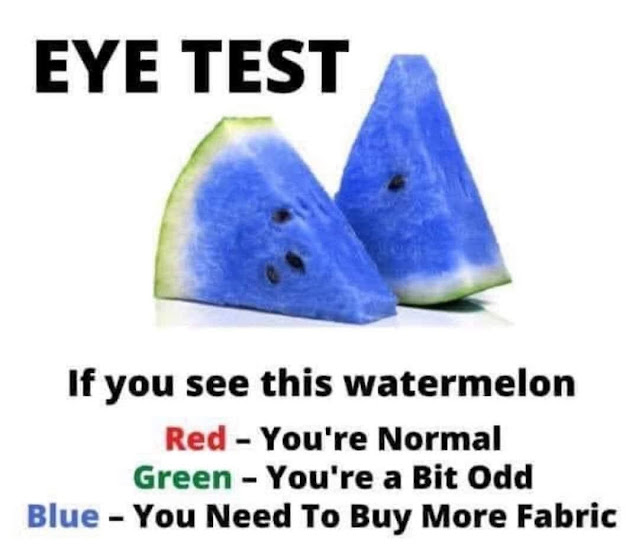 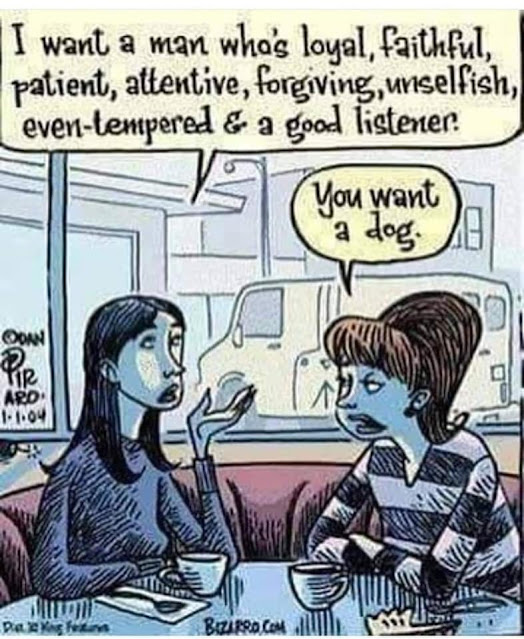 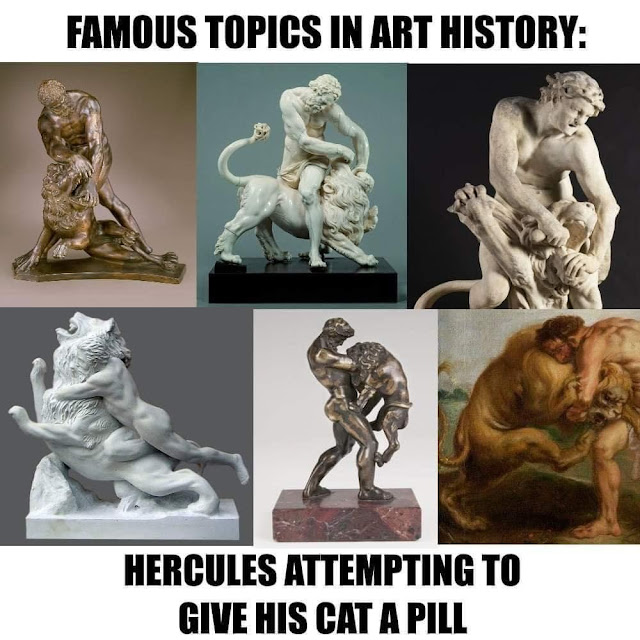 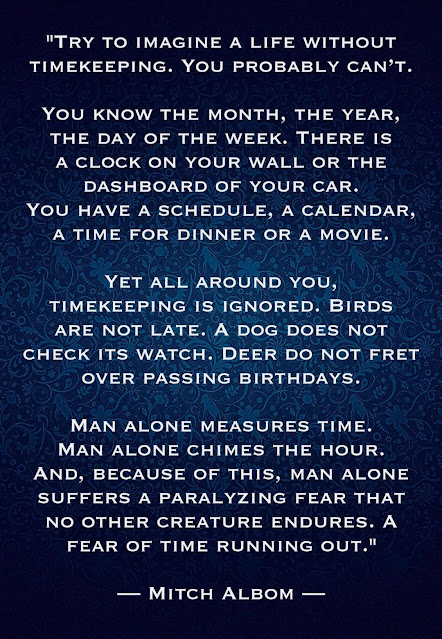 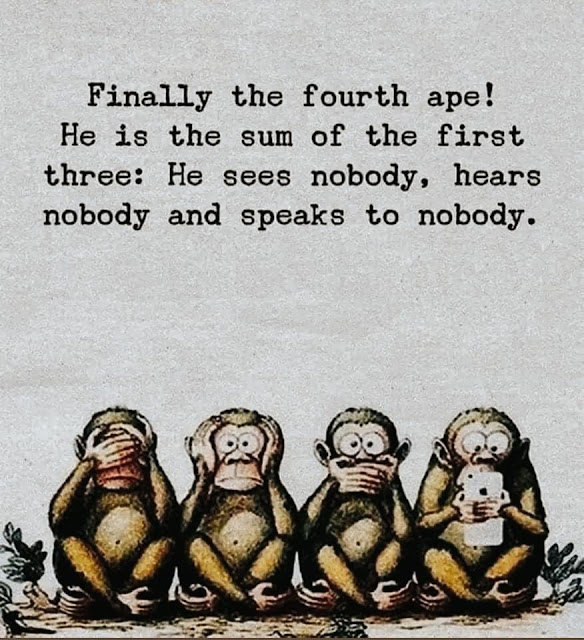 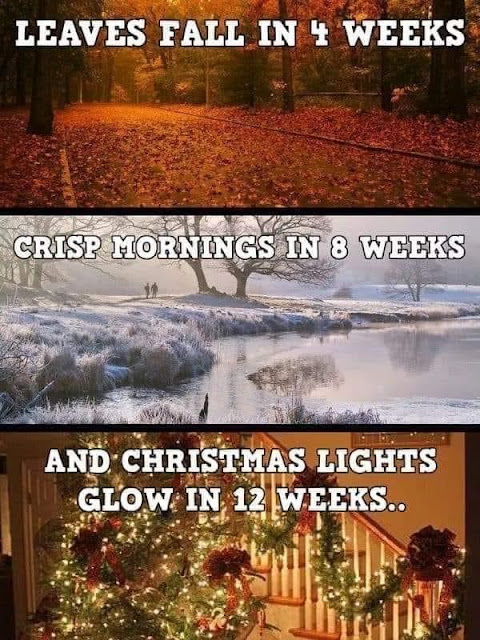 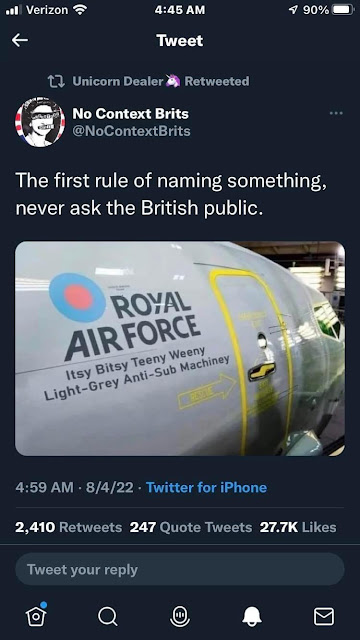 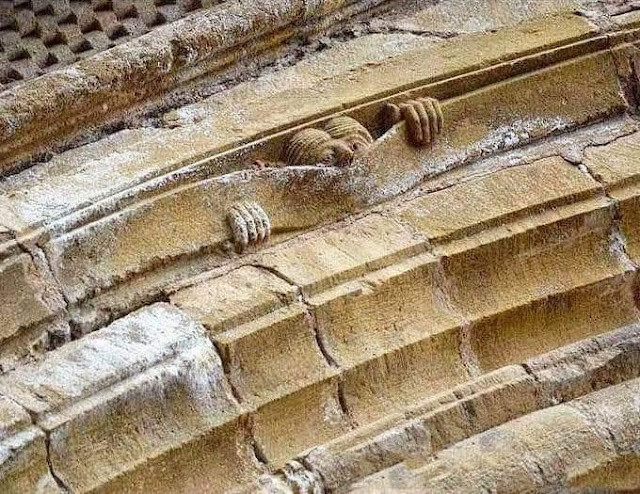 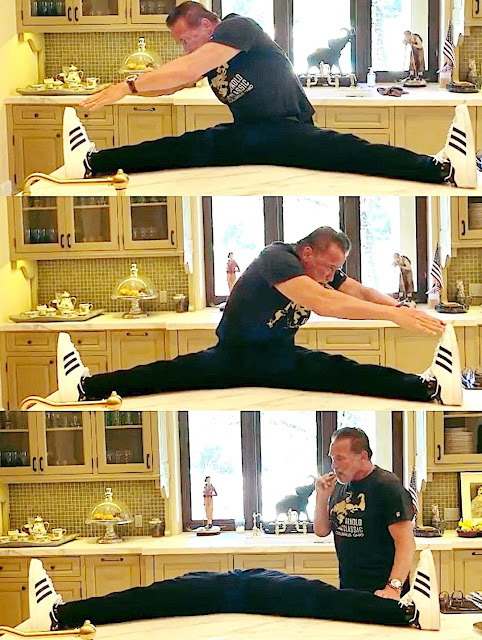 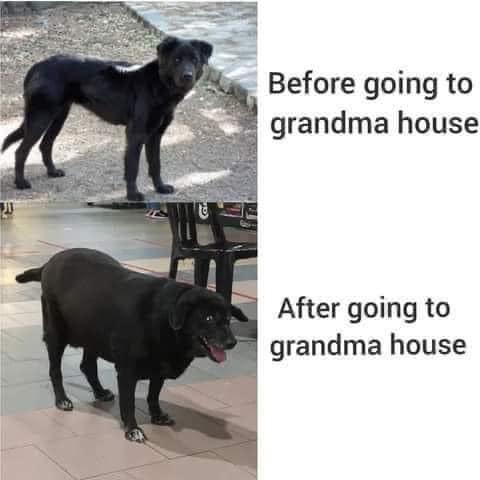 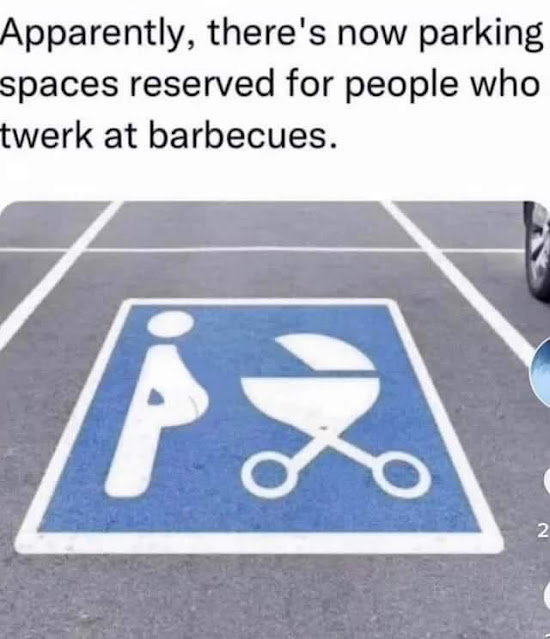