Today I am a bit late at the T-Party. I normally prepare the day before but that hadn't happened, so here I am: better late than never!

Let me start by showing you my postcard for today: 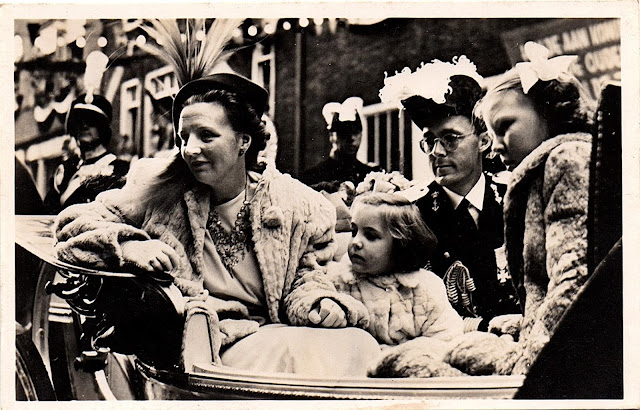 This postcard is a real photo, like they used to do back in the day. It comes from the Netherlands and is an image of the late Queen Juliana and her family going for a tour in 1948. With her in the carriage are her husband, prins Bernhard and their two eldest daughters Beatrix and Irene.
Juliana was Queen of the Netherlands from 1948 to 1980, when she abdicated in favour of her daughter, Queen Beatrix. Hers was a reign marked by dramatic upheavals, national and personal.
Queen Juliana was the only daughter of Queen Wilhelmina - on the throne since 1898 - and her consort, Prince Hendrik of Mecklenburg-Schwerin. As their only child she was the last of the direct line of the House of Orange-Nassau, hereditary but often controversial rulers of the Netherlands since William the Silent liberated the country from Spain in the 16th century. Her first name was his mother's.

As headstrong as her mother, Juliana took the question of the Orange succession into her own hands. Always a keen skier, she went to the winter Olympics in Bavaria early in 1936 and fell for Bernhard von Lippe-Biesterfeld, a dashing prince of a minor royal house. German consorts were the norm in a royal family which itself derived from Germany; but it was not normal for a princess and heir-apparent to find one for herself, without consulting her mother or the government.

They announced their engagement in September 1936 and married in January 1937. Beatrix was born in 1938 and Juliana could not end the run of female heirs to the throne - and vast private wealth - of Orange. Irene came in 1939, Margriet in 1943 and Maria-Christina in 1947. Then, in 1948, the mother of four became mother of the nation when Wilhelmina followed the Orange custom of abdicating. Her reign had lasted 50 years.

The inauguration of Juliana (the Dutch, as republicans manqués, do not have coronations) came at a difficult time for a nation still reeling from the worst disaster in its history. The German invasion of the neutral Netherlands in May 1940 was an unsurpassed national trauma. Most of the country was liberated only on the very last day of hostilities, May 8 1945.

She carried out all her constitutional tasks, such as presiding over the agonisingly slow formation of coalition governments, with discretion, fairness and aplomb. Despite all vicissitudes she retained the affection of most people in the only republic in the world headed by a constitutional monarch.

The stamp is one from 2014 and shows something typical Dutch: a bicycle. 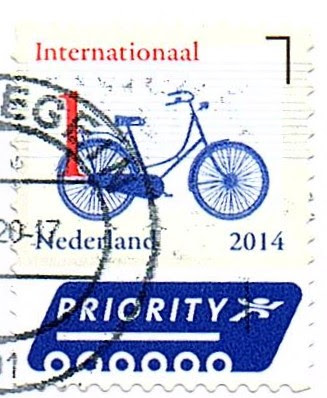 I'm joining the T-Party hosted by Elizabeth and Bleubeard and of course i need to bring a drink of sorts. 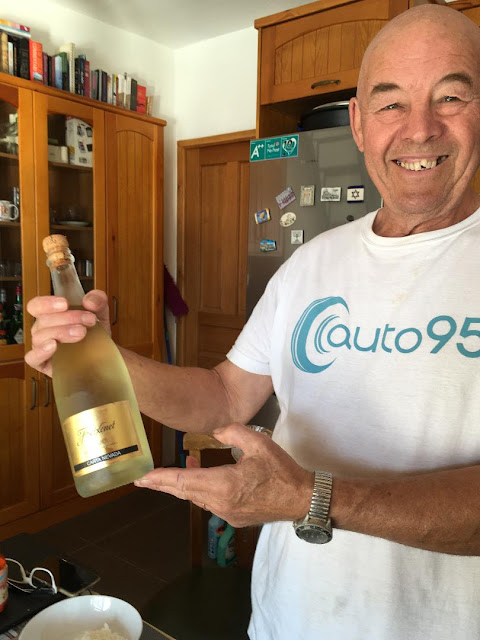 It is a bottle of Cava (can't call it champagne as it was produced in Spain). It was our 28th wedding anniversary on the 22nd of november. 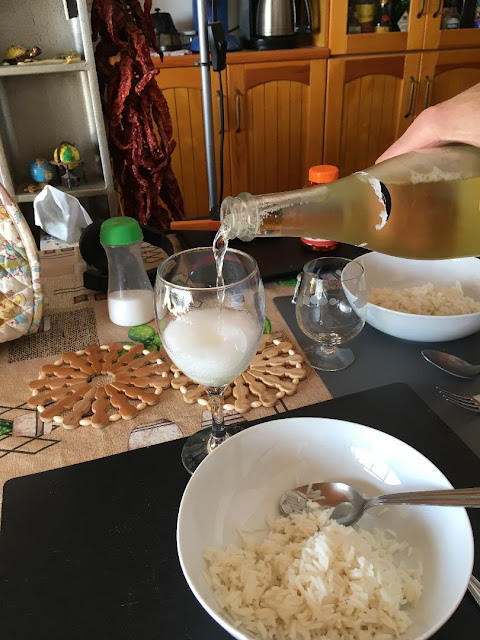 We couldn't go anywhere, so I cooked something special (a chicken curry) and we celebrated in private. 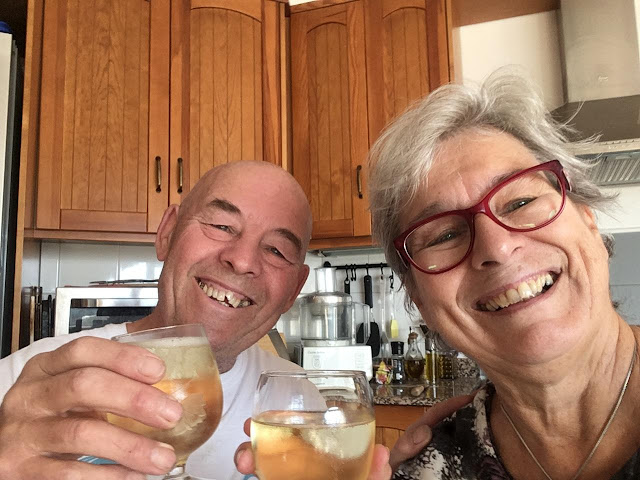 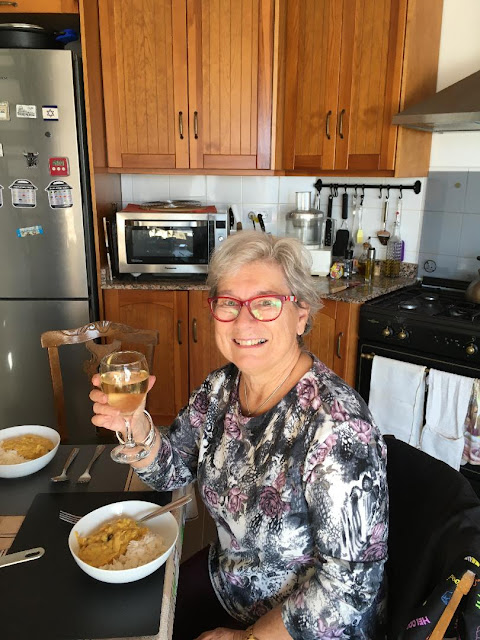 These have been the happiest 28 years of my life and I couldn't have wished for a better husband. 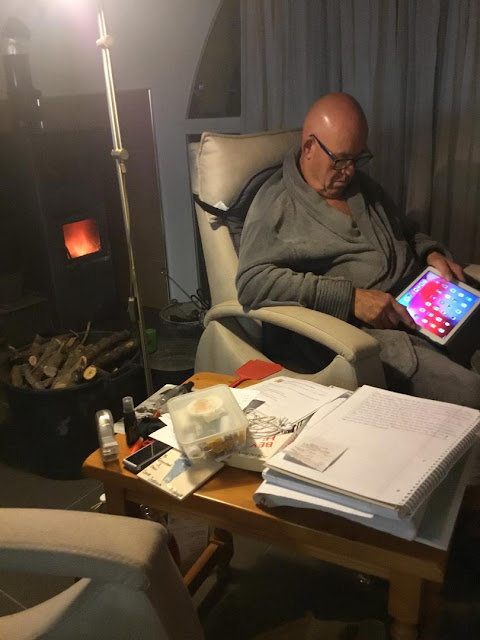 An image of mature wedded bliss (chuckle chuckle).
Now the other day I was walking through the village and i saw something that reminded me of Iris: 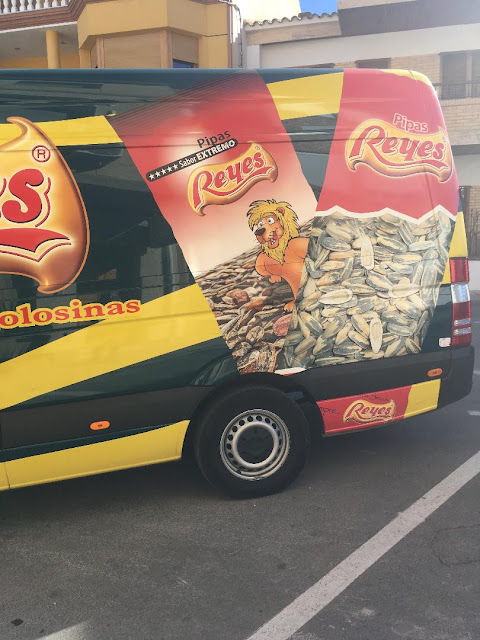 It looked very much like Henry on that van! 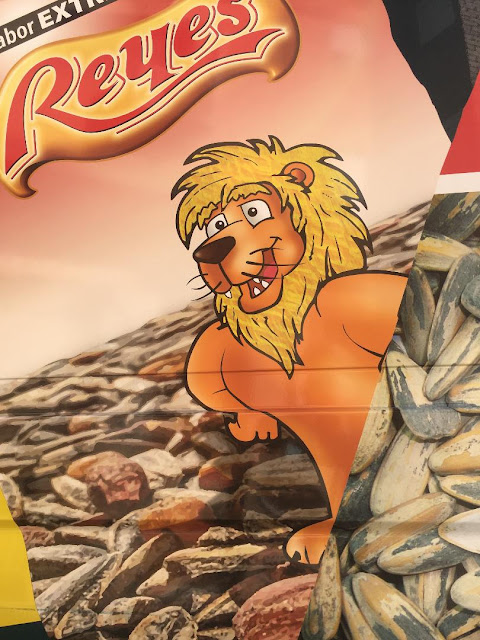 Then later that evening I got a photo of one of our grandchildren: 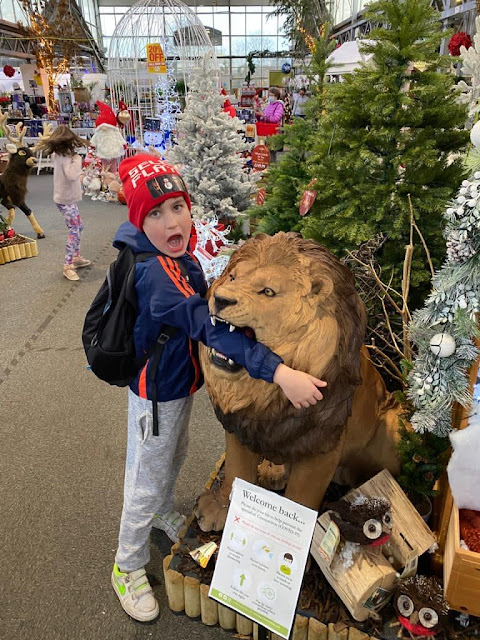 It must have been taken at a garden center in or near Windsor, England. because that is where they live.
That is it from me today.
Wishing everyone a happy T-Day,
Take care and stay healthy.
Hugs,
Lisca