Hello lovely ladies, here we are again, sharing our happy moments and reasons for thanksgiving. We might be living through really strange times but there is always something to be grateful for. My week has been full of smiles. Here is one of them: 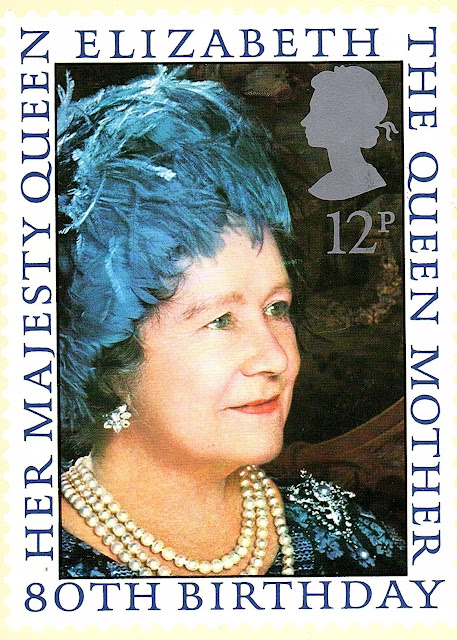 It is none other than a postcard of the Queen Mother! I don't know how old she was in this photo but you must admit she was an attractive woman. She was well loved by the people even though she became a bit eccentric in her old age. 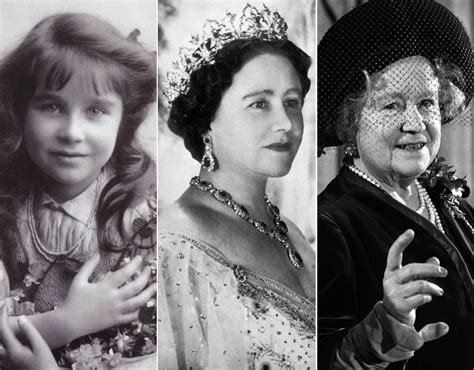 She was born the Honourable Elizabeth Angela Marguerite Bowes-Lyon on 4 August 1900 (fourth daughter of Lord Glamis, later 14th Earl of Strathmore and Kinghorne, and second child). She spent her early childhood at St Paul's Waldenbury in Hertfordshire, north of the capital. This was the country home of her parents. When her father inherited his Earldom in 1904, she became Lady Elizabeth Bowes-Lyon.

The Bowes-Lyon family is descended from the Royal House of Scotland. One of The Queen Mother's 14th-century ancestors, Sir John Lyon, became Thane of Glamis, home of Macbeth 300 years before, and Glamis Castle is the family seat. 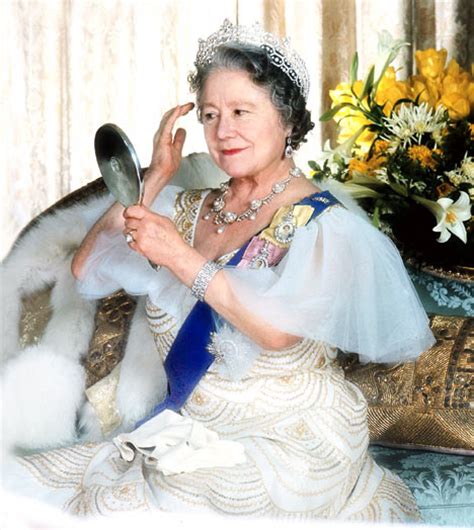 Lady Elizabeth was educated at home By the age of 10, she was fluent in French. When the First World War started - coincidentally on her 14th birthday - Glamis Castle became a hospital. Although Lady Elizabeth was too young to work as a nurse, she did assist with welfare work with the patients. One of her brothers, Fergus, was killed at the Battle of Loos in 1915.
From childhood days Lady Elizabeth and her older sisters had been friendly with the children of King George V and Queen Mary.Occasionally, members of the Royal Family stayed at Glamis Castle. In 1922 Lady Elizabeth acted as one of the bridesmaids at the wedding of their daughter, Princess Mary.
In January 1923 came the announcement of her engagement to HRH The Duke of York (Prince Albert Frederick Arthur George), The King and Queen's second son. They were married on 26 April 1923 in Westminster Abbey. They had two children, Princess Elizabeth, born on 21 April 1926 at the Strathmores' London home, 17 Bruton Street, and Princess Margaret, born on 21 August 1930 at Glamis Castle. Princess Margaret predeceased her mother, dying on 9 February 2002.
King George V died in January 1936. When King Edward VIII abdicated on 11 December the same year, his brother, Albert, Duke of York, was proclaimed King George VI, and his Duchess became Queen Elizabeth, the first British-born Queen consort since Tudor times. 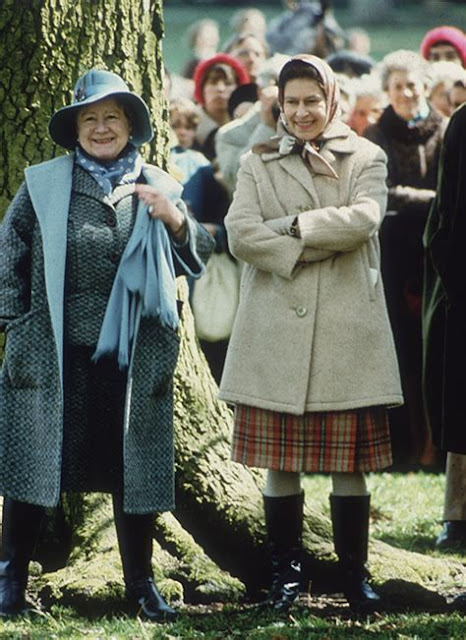 With the outbreak of war in 1939, there was some suggestion that the Queen and her daughters should evacuate to North America or Canada. To this the Queen made her famous reply: 'The children won't go without me. I won't leave the King. And the King will never leave.' Thus throughout the Second World War the Queen and her children shared the dangers and difficulties of the rest of the nation. She was in Buckingham Palace when it was bombed in September 1940. She and the King visited badly damaged areas throughout the country after the air-raids, and toured Britain visiting hospitals, factories and troops. 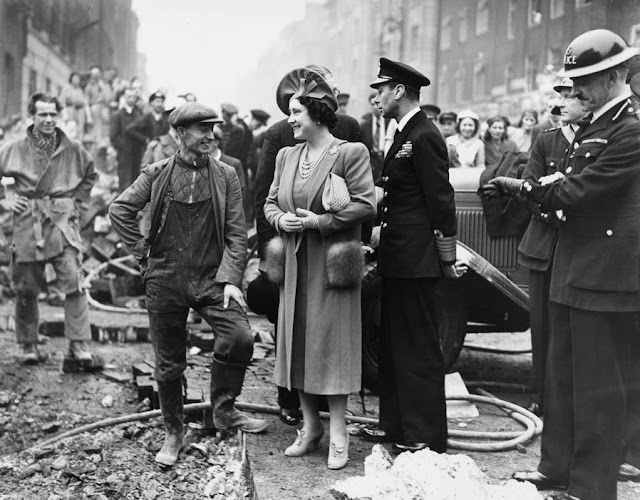 As this is Friday Smiles, I add some anecdotes  about the Queen Mother that will make you smile:

Elizabeth was well known for her dry witticisms. On hearing that Edwina Mountbatten was buried at sea, she said: "Dear Edwina, she always liked to make a splash."  Accompanied by the gay writer Sir Noël Coward at a gala, she mounted a staircase lined with Guards. Noticing Coward's eyes flicker momentarily across the soldiers, she murmured to him: "I wouldn't if I were you, Noël; they count them before they put them out."

After being advised by a Conservative Minister in the 1970s not to employ homosexuals, Elizabeth observed that without them, "we'd have to go self-service". On the fate of a gift of a nebuchadnezzar of champagne (20 bottles' worth) even if her family did not come for the holidays, she said, "I'll polish it off myself." Emine Saner of The Guardian suggests that with a gin and Dubonnet at noon, red wine with lunch, a port and martini at 6 pm and two glasses of champagne at dinner, "a conservative estimate puts the number of alcohol units she drank at 70 a week". 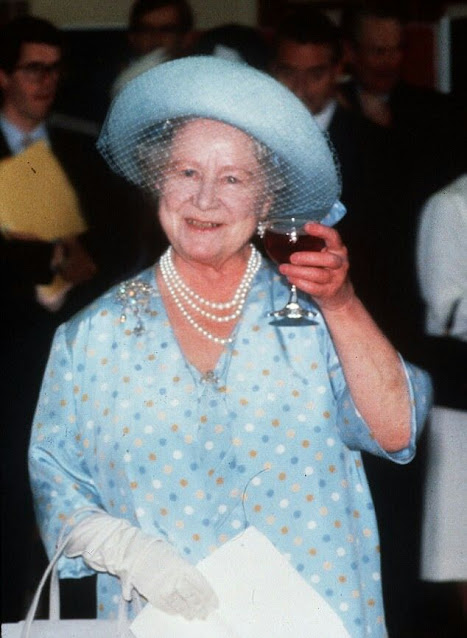 Her lifestyle amused journalists, particularly when it was revealed she had a multi-million pound overdraft with Coutts Bank.

On 30 March 2002, at 15:15 (GMT), Elizabeth died in her sleep at the Royal Lodge, Windsor Great Park, with her surviving daughter, Queen Elizabeth II, at her bedside. She had been suffering from a cold for the previous four months. At 101 years and 238 days old she was the longest-lived member of the royal family in British history.

(Info from Wikipedia and www.royal.uk)

The stamp is gorgeous: 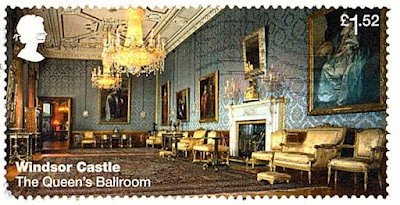 It features the Queen's ballroom at Windsor Castle.

Now to my less extravagant lifestyle. This is what I have been up to. (Not much as we are not allowed to go beyond the village borders): 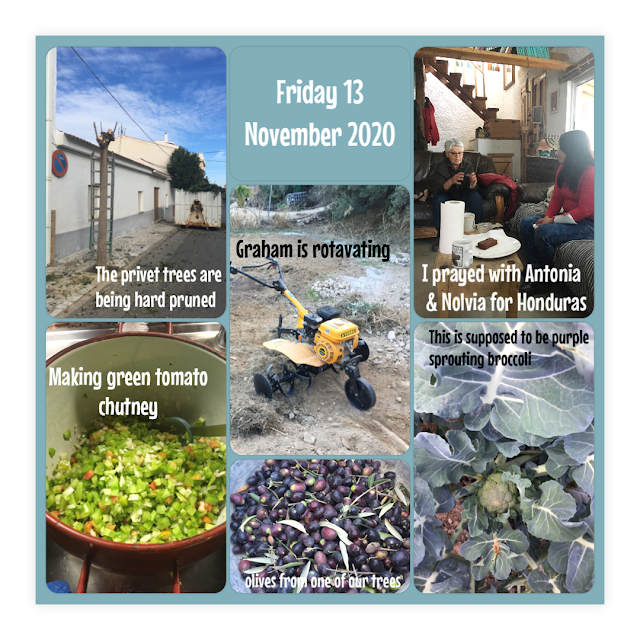 Friday the 13th was a day like any other. In Spain it is Tuesday the 13th that is supposed to be unlucky. 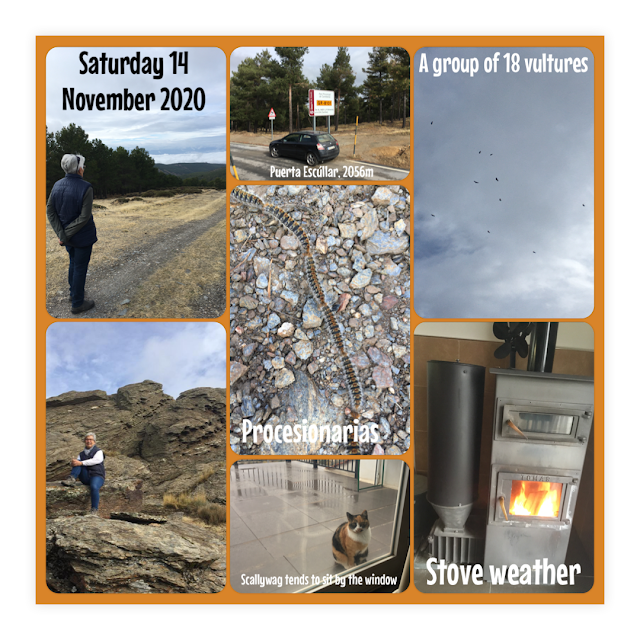 Saturday me and my friend went for a walk in the mountains. I wrote about this in my previous post (Tuesday). 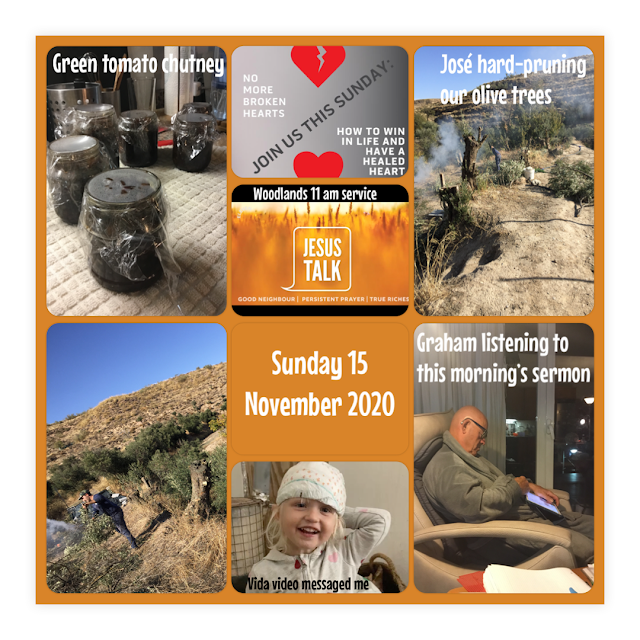 The chutney was a success. Phew, that was good. I cannot taste it as I don't like the smell, let alone the taste of the stuff. So I sort of guestimated everything.
Hubby spent the morning hard pruning our olive trees with a guy who knows what he's doing, and as such missed the church services. He listened to one in the evening but promptly fell asleep. Ahh, bless him! 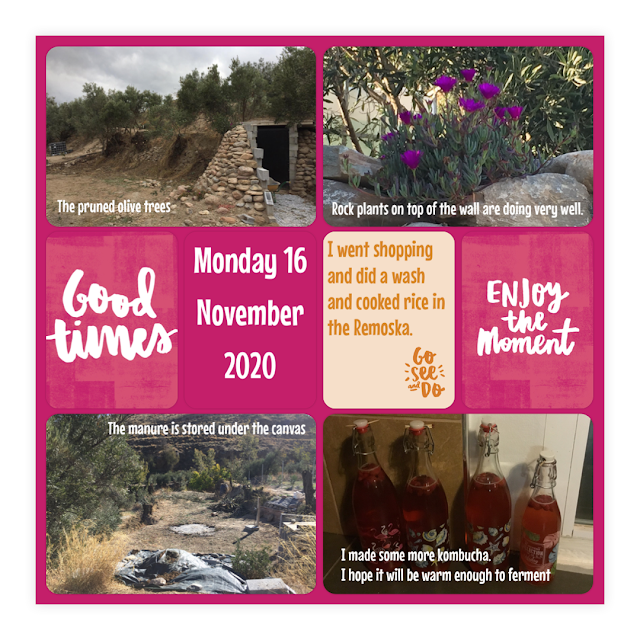 On Tuesday I went to the much diminished market. Only a few food stalls widely separated from each other. 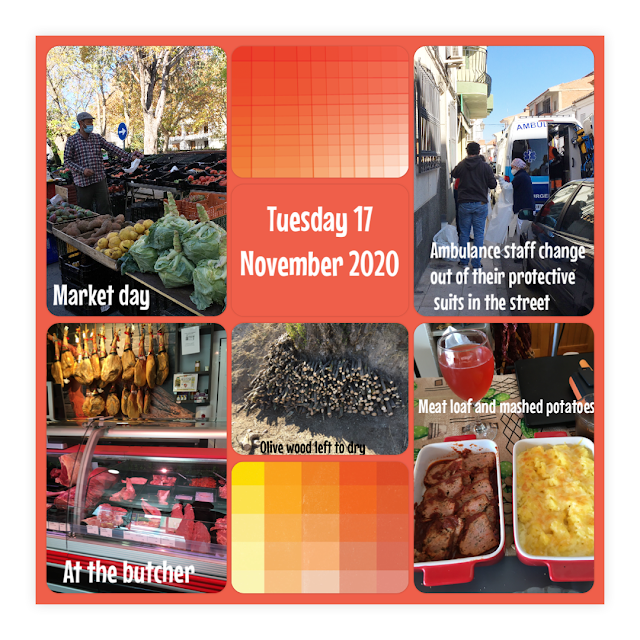 Hubby checked the solar panel. It needs topping up from time to time. I photographed the shadow of him doing that.
One farmer had changed crops and was selling off his green house frames. A friend, who has a flat loader helped us get them.
We love watching the Bible Project. They are 5 minute cartoons in which the narrator explains what a certain Bible book is all about. They are fun. Watch this one about the book of Jonah for instance 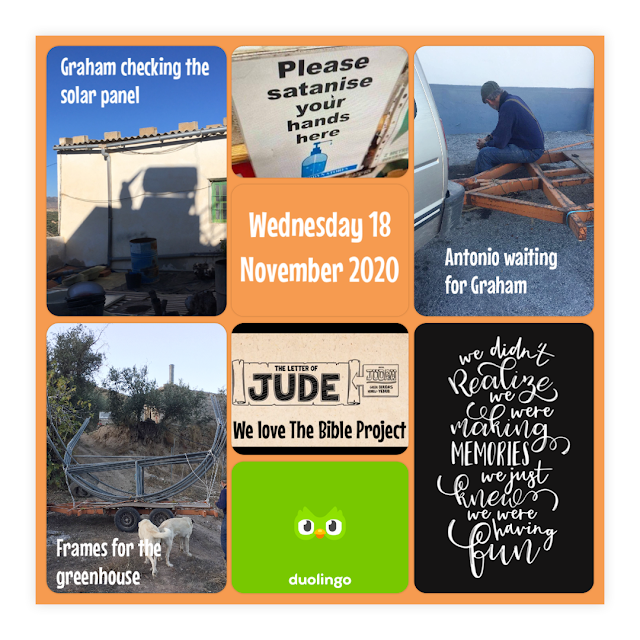 Yesterday I had a very frustrating day with two visits to a bank (different ones) and two problems that have not been resolved yet. But I managed to make a very nice cottage pie. 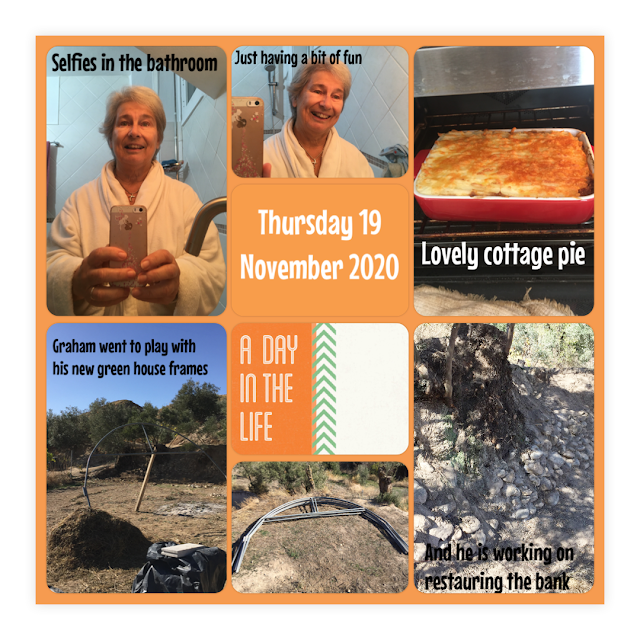 That about wraps it up.
I will leave you with a few funnies as usual, but for now, I am going to link up with Annie at A Stitch In Time and with Virginia at Rocking Your Week Friday.
Stay safe, take care, and keep smiling!
Hugs,
Lisca
Miss Beatrice, the church organist, was in her eighties and had never been married. She was admired for her sweetness and kindness to all.
One afternoon the vicar came to call on her  and she showed him into her quaint sitting room. She invited him to have a seat while she prepared the tea.
As he sat, facing her old pump organ, the young minister noticed a cut-glass bowl sitting on top of it. The bowl was filled with water. In the water floated, of all things, a condom!
When she returned with tea and scones, they began to chat. The vicar stifled his curiosity about the bowl of water and its strange floater, but soon it got the better of him and he could no longer resist. "Miss Beatrice", he said, "I wonder if you would tell me about this?" pointing to the bowl. "Oh yes," she replied, "isn't it wonderful? I was walking through the park a few months ago and I found this little package on the ground. The directions said to place it on the organ, keep it wet and that it would prevent the spread of disease. Do you know, I haven't had the flu all winter!"
The vicar fainted. 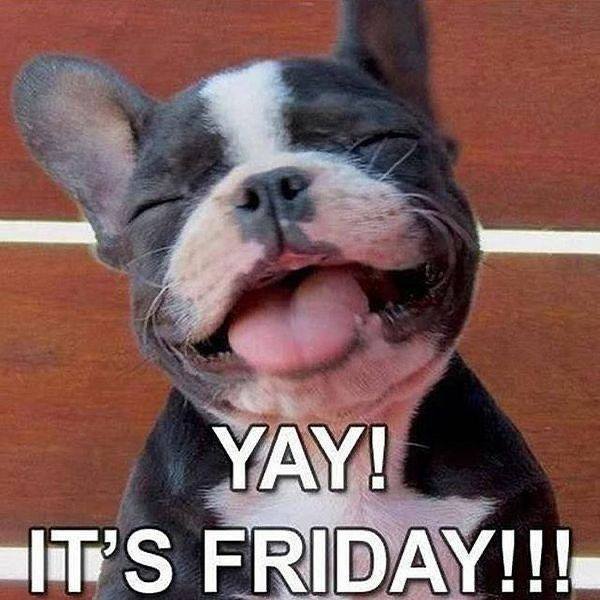 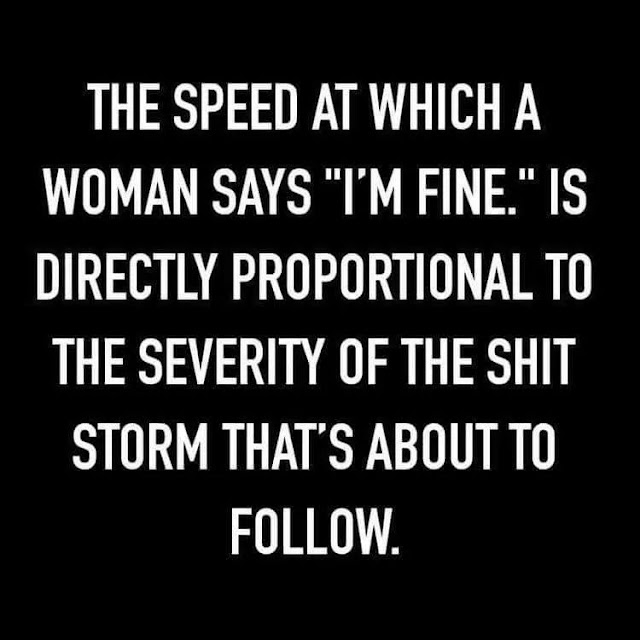 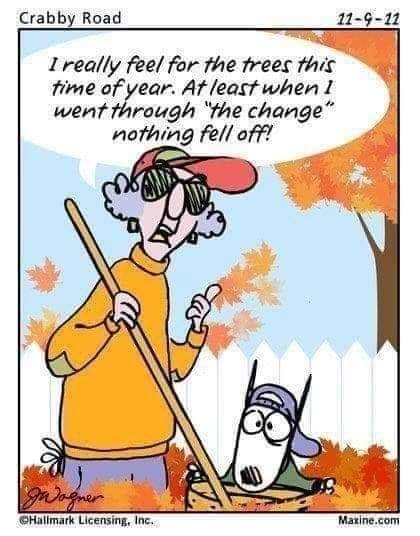 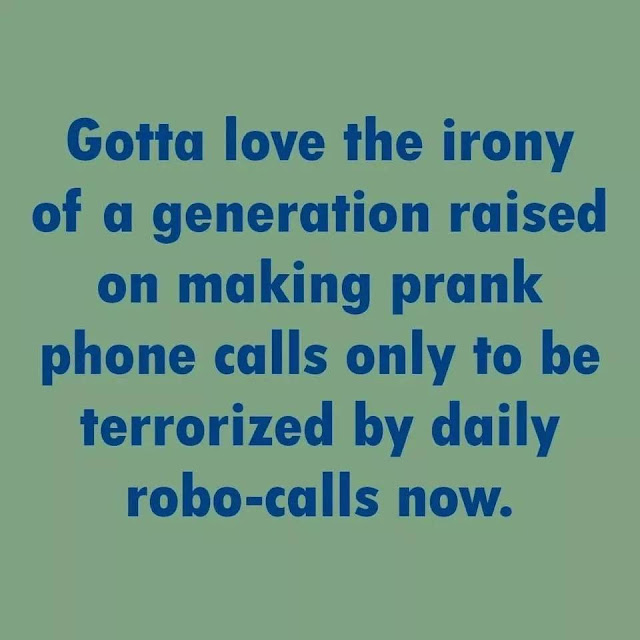 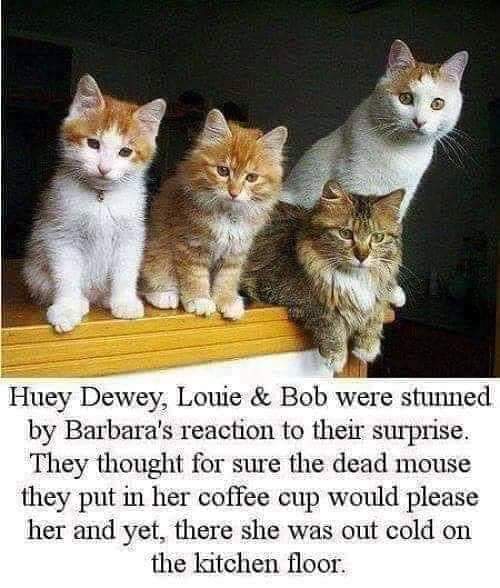 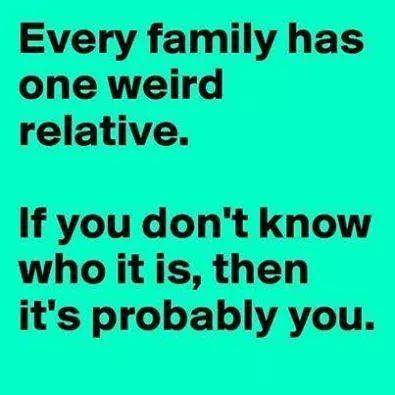 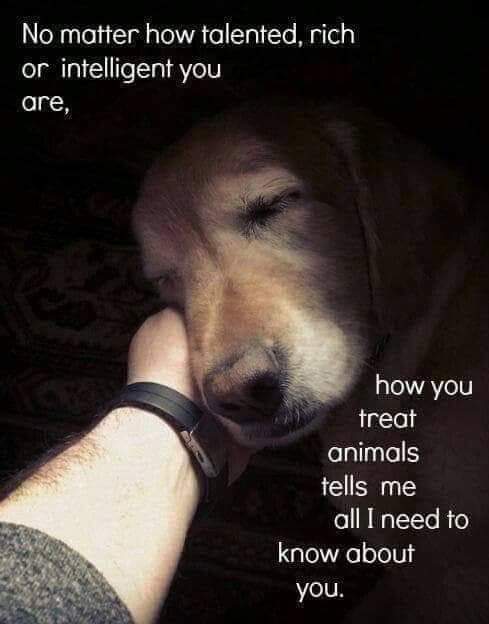 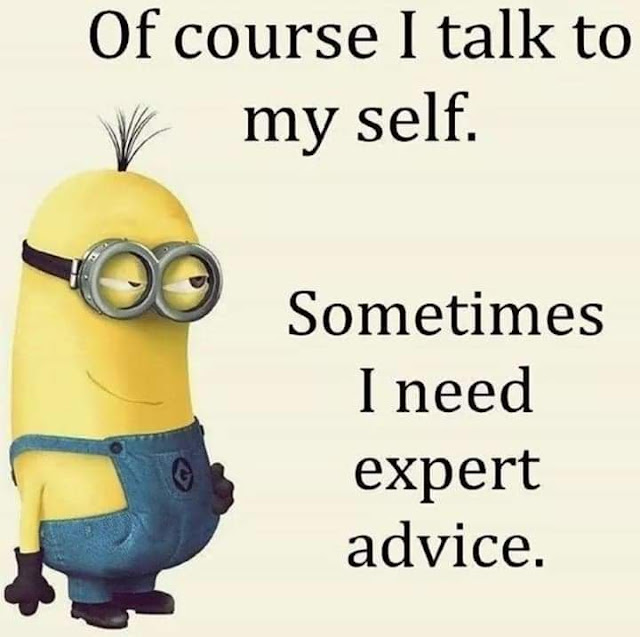 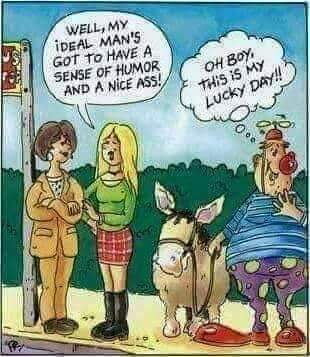