What a week it has been! For most people it has been a week of excitement and/or stress. Well, we have survived and here we are on Tuesday again.

First off is my postcard for today. I received it several weeks ago from Russia. It features Empress Alexandra Feodorovna, the wife of emperor Nicholas I. (Painting by K.F. von Kugelchen, 1817). 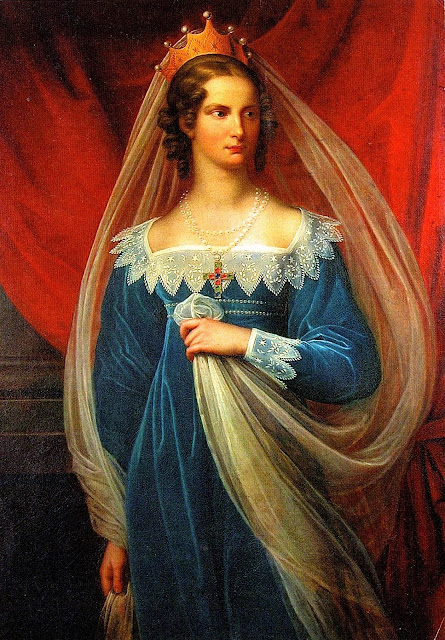 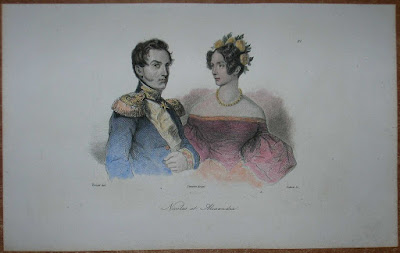 In 1814 the Russian imperial family arranged her marriage – for political reasons – with Grand Duke Nicholas Pavlovich of Russia, who later became Emperor Nicholas I. The couple married on 1 July 1817. Upon her marriage, Charlotte took the Russian name Alexandra Feodorovna. Ideally matched with her husband, she had a happy marriage that produced a large family; seven of her children survived childhood. 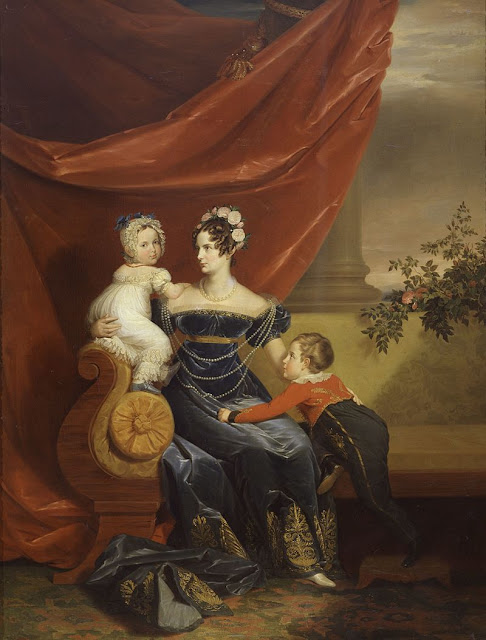 Following the death of her brother-in-law, Emperor Alexander I of Russia, in December 1825, Alexandra's husband became the new Russian emperor. Alexandra enjoyed her husband's confidence in affairs of state, but she had no interest in politics other than her personal attachment to Prussia, her native country. She was the obedient and admiring supporter of her husband's views. Her personality was completely overshadowed by Nicholas I's strong character. As empress, Alexandra Feodorovna had no interest in charity work. Her chief interests were in family affairs, dancing, balls and jewels. After 1841 her health deteriorated. She spent long sojourns abroad in search of a respite to her illness. As she became largely an invalid, Nicholas I took mistresses, but Alexandra retained her husband's love. She survived Nicholas I by five years and died in 1860. 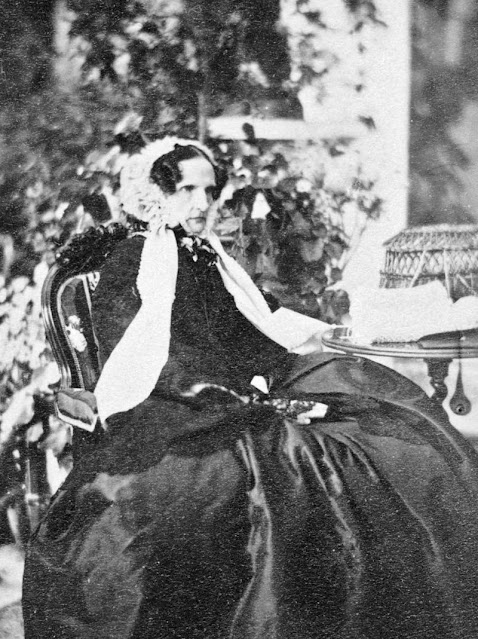 The stamps are pretty too:

The large stamp was issued to celebrate The 100th Anniversary of Russian Academic Archeology. It shows the figure of a woman  IV millennium BC e.
Here are some other stamps in the series: 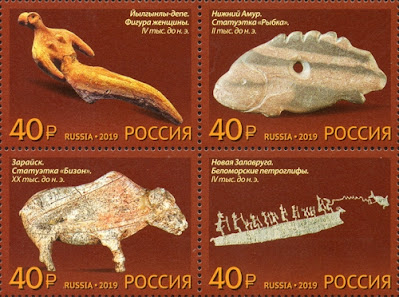 What's been happening in my little world? We are confined to our village and have an evening curfew. Sports facilities are closed. No gatherings allowed of more than 6 people. Masks in public compulsory.
So we have been enjoying the fruits of our little vegetable plot, and cooking nice things.
We have kaki trees, or persimmon I think they are also called, on our plot. 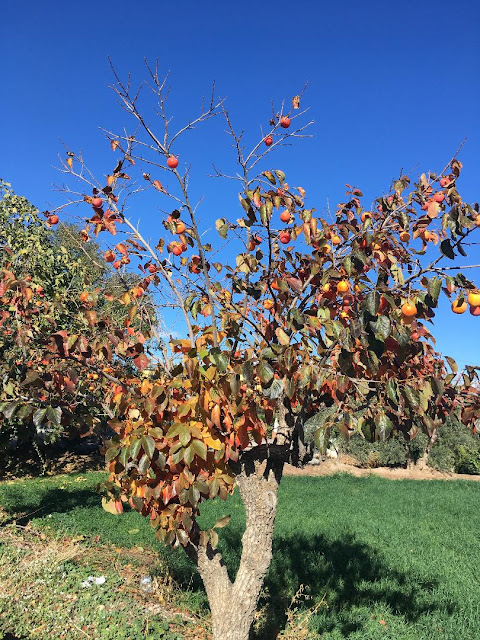 This is one of them. We have harvested so many persimmon, I don't know what to do with them. 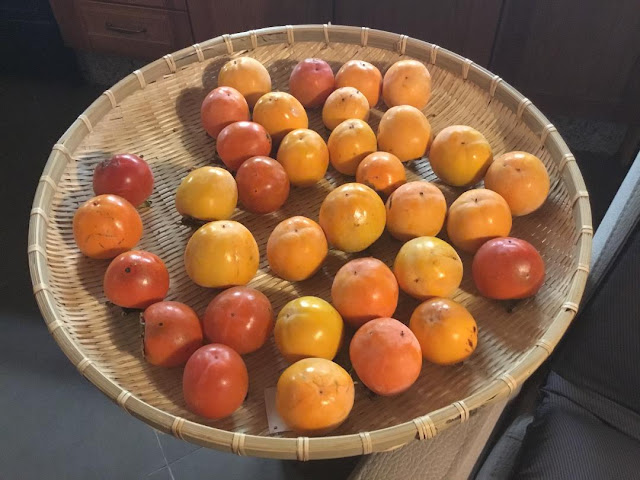 So I am freezing the pulp and also making cakes. And I gave a lot away of course.
Here I'm making Persimmon Bread: 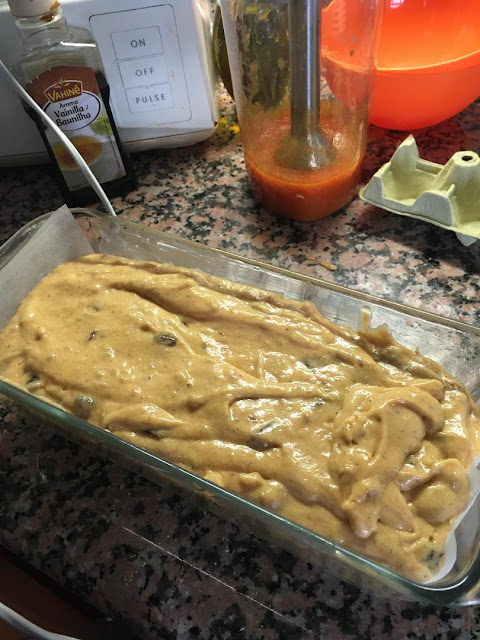 One of the ingredients is brandy (well, the cheap equivalent) 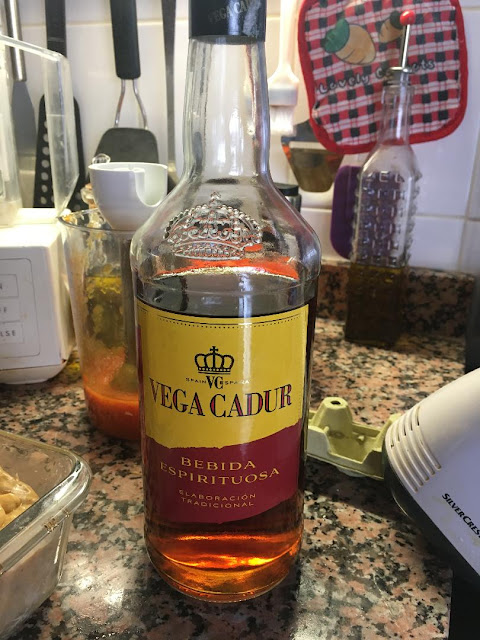 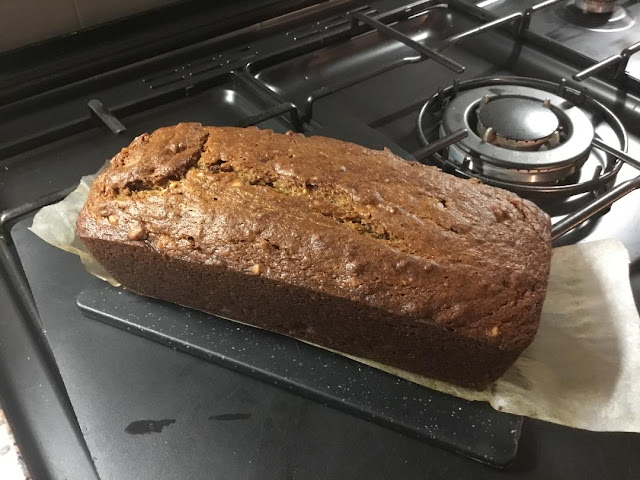 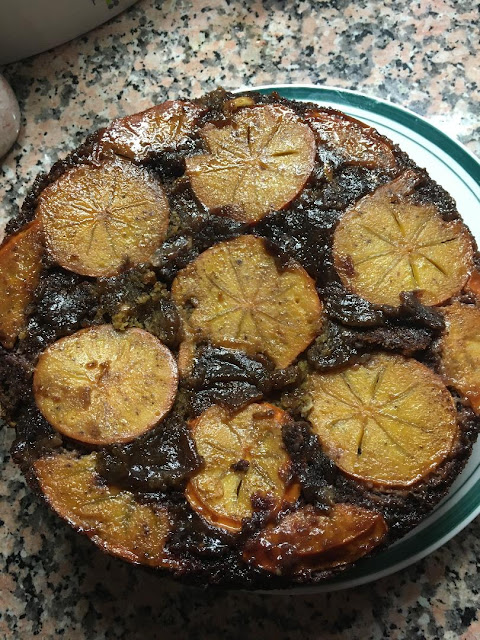 There aren't many veggies left on our plot, the only thing left apart from the peppers and the broccoli, are the chard (Which I showed you last week). They are called acelga here: 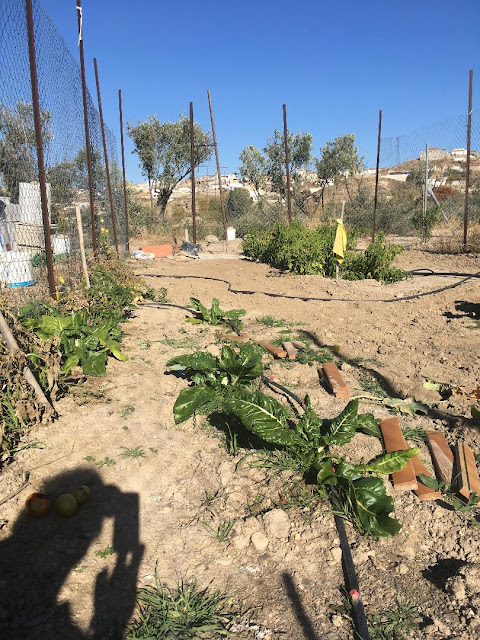 I love to put in in my Italian minestrone: 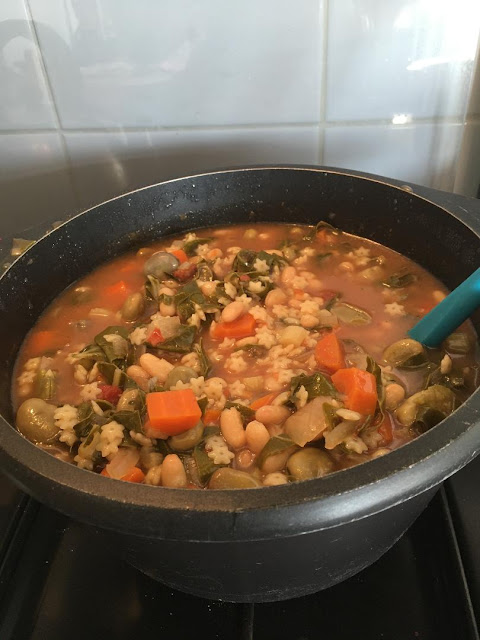 As it is Tuesday, I will link up with Elizabeth for the T-Party. 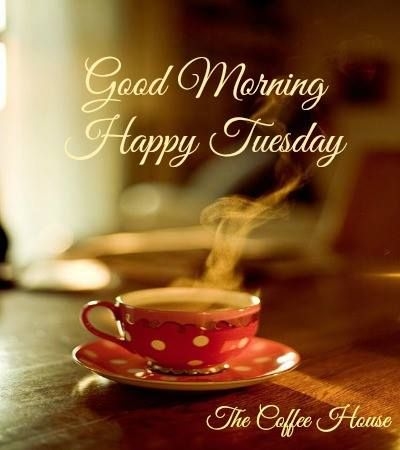 My qualifier could be the brandy, or it could be this cup of coffee. Just in case I will show you my beer.
Saturday my friend and I stopped at the bar after our walk, and I phoned dear hubby (we only live one street away) if he wanted to join us. He was there like a flash and we all had a beer as it was warm and sunny. They poured my beer in a pretty glass: 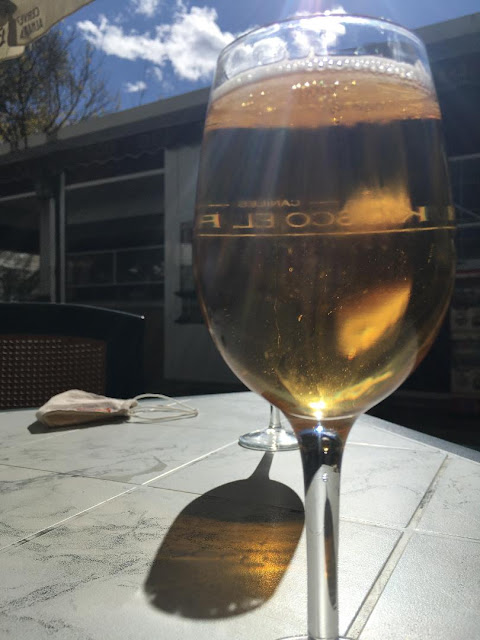 Now I wanted to show Elizabeth my little desk tidy: 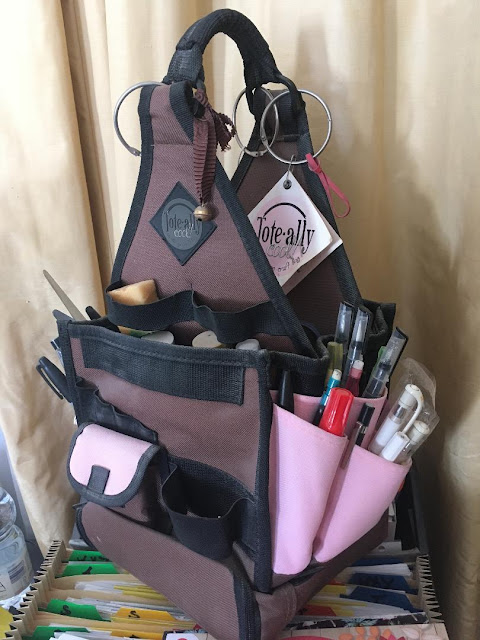 I bought it years ago and i still use it for those small items that get lost on my desk. 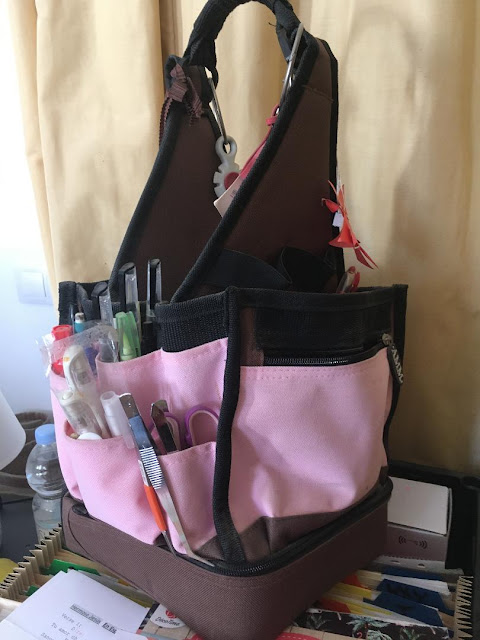 The rings at the top used to contain the ATCs from my friends at the craft club I used to go to. (We had all made ATCs with our names and contact details on it, and them gave them out to the members in the group).
That's it for today.
Wishing everyone a happy T-Day,
Stay safe,
Hugs,
Lisca