Here we are again on Friday to share the silver lining. Life is getting more complicated everywhere with new lockdown measures in most countries. We are retired and live a quiet life in a rural village, so the measure don't really affect us that much. We have a curfew, and the shops close at 6 (which is early here in Spain. Normally they are open until 8 or 9).

And we are not allowed out of the village perimeters. So no big supermarket shopping trips. Everything has to be bought in the village. Good for local trade. The thing that I am sad about is, that all sports facilities have been closed, so the only way to exercise is walking. I was just getting my fitness back, and we have to stop again.

I have received some nice cards this week. This is one of them: 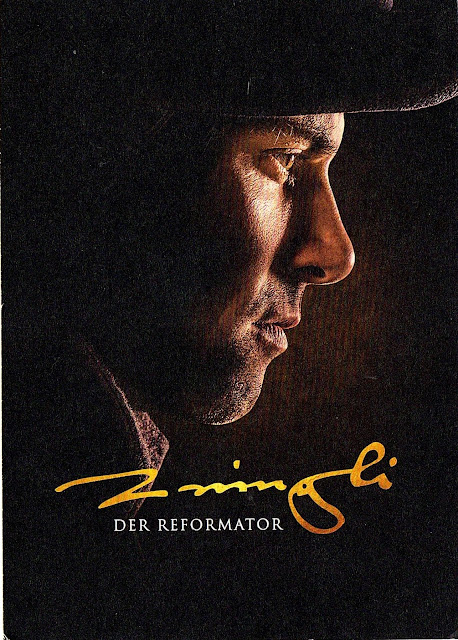 It comes from Germany, and it is an image from a film called Zwingli, Der Reformator. (the reformer) The leading actor is Maximilian Simonischek. The girl that sent me the card finds him a very attractive guy. 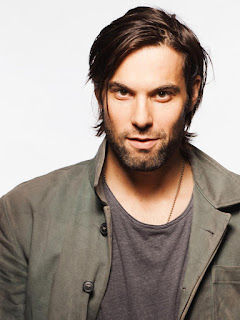 What do you think?

And here is some info about Zwingli. I learnt about him at school but didn't remember the details, so here is some Wikipedia info:

Ulrich Zwingli (1 January 1484 – 11 October 1531) was a leader of the Reformation in Switzerland, born during a time of emerging Swiss patriotism and increasing criticism of the Swiss mercenary system.

In 1519, Zwingli became the Leutpriester (people's priest) of the Grossmünster in Zürich where he began to preach ideas on reform of the Catholic Church. In his first public controversy in 1522, he attacked the custom of fasting during Lent. In his publications, he noted corruption in the ecclesiastical hierarchy, promoted clerical marriage, and attacked the use of images in places of worship. Among his most notable contributions to the Reformation was his expository preaching, starting in 1519, through the Gospel of Matthew, before eventually using biblical exegesis to go through the entire New Testament, a radical departure from the Catholic mass. In 1525, he introduced a new communion liturgy to replace the Mass. He also clashed with the Anabaptists, which resulted in their persecution. Historians have debated whether or not he turned Zürich into a theocracy.

OK, history lesson over. Let me show you what my week looked like.

Friday was my grandson's birthday. He lives in Italy so I don't get to see him much. He is now 6 years old and is an outside, sporty person. (like his dad). He likes snowboarding (they live in the mountains) and skateboarding. He rides his bike, goes swimming and loves to accompany his dad doing off road trials in their Jeep. He also loves Star Wars, so I made him a card with Darth Vader, his favorite for some reason.

(As a side note: the word 'vader' in Dutch means father, so I was not at all surprised when Darth Vader turned out to be Skywalker's father).

You can also see that I received the Zwingli card on that Friday. 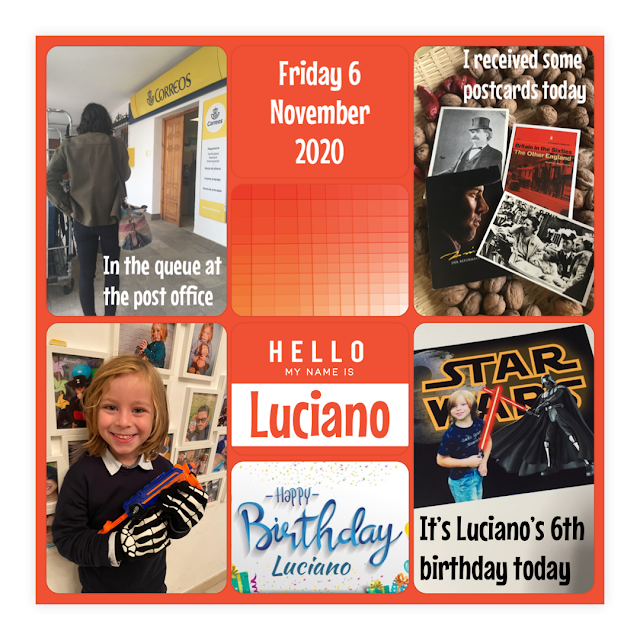 On Saturday I went for a long walk with my friend. I have installed a step counter on my iphone and I did 14000 steps, which is a lot for me. We ended up having a drink at our local bar, and I messaged my hubby and asked him to join us for a beer.

Another grandchild had a birthday (12th). They live in England and as he couldn't have a party, they decided to have a Zoom party and make a cake in a mug with all his friends. We, as grandparents asked to join, and it was great fun as well as very yummy. 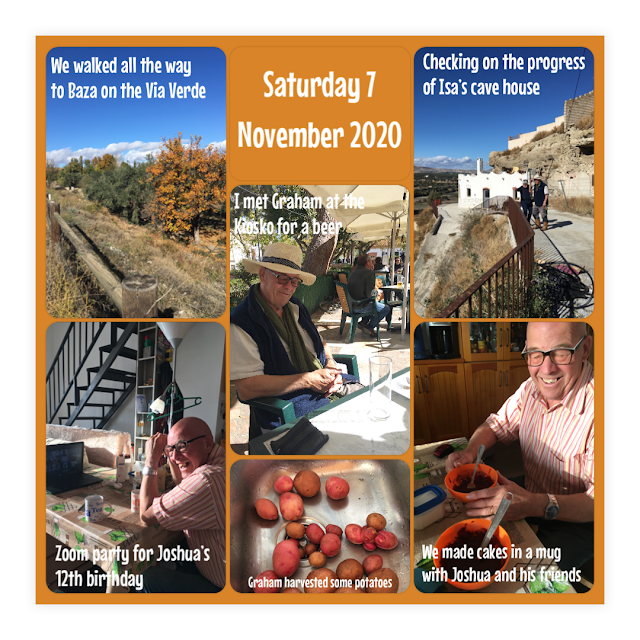 On Sunday We noticed little birds coming and going to the top of the chimney (of the stove on a lower level). It's not nesting time, but we checked the chimney just in case. It seems they just like to perch there. I admit the view is very nice. 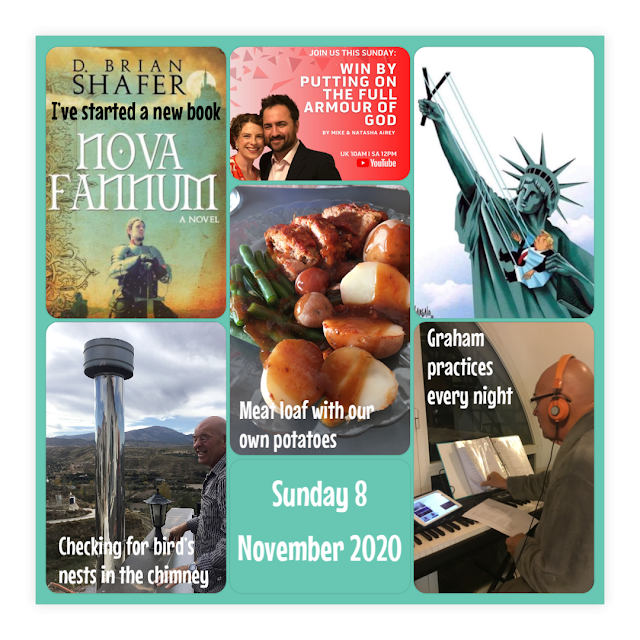 On Monday I stayed indoors all day and hubby went to his plot. Not much excitement there. 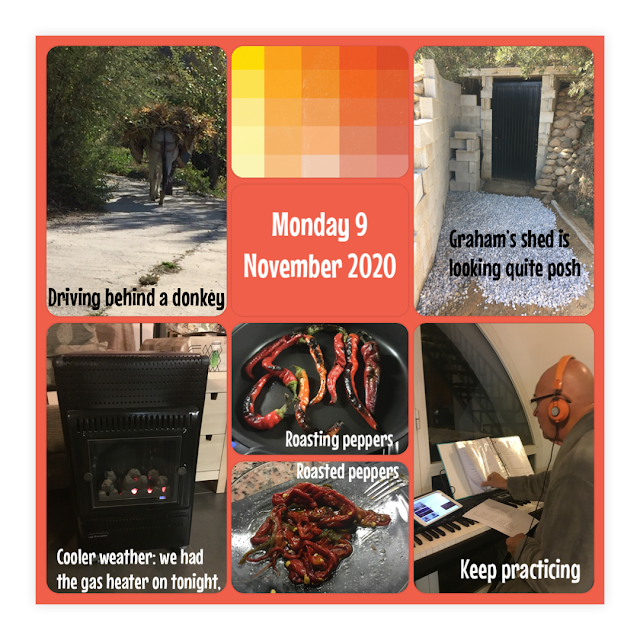 Tuesday I ran errands (again lots of steps). The shops in the village are small, so one can only go in when another comes out. Most of the time there is a queue outside the shops to go in.
Temperatures have gone down and in the evening we have to light the little gas fire. 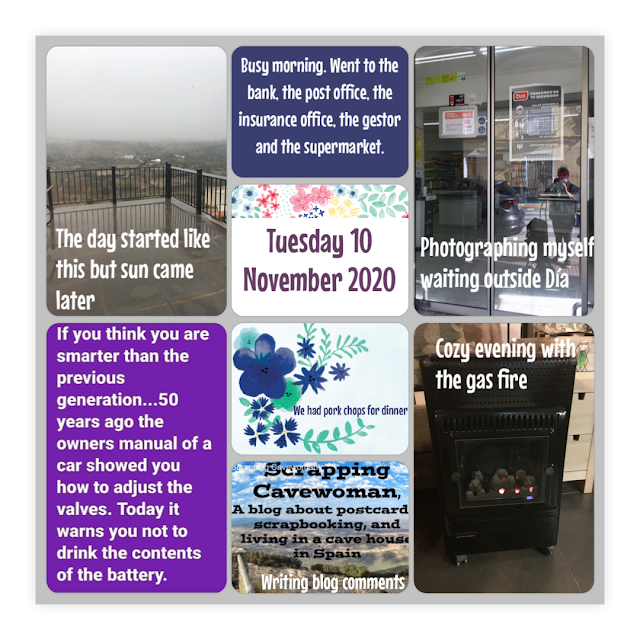 I have so many persimmon, I don't know what to do with them.So I made two more cakes with the puree. (two cups of puree for a cake).

There was a bit of excitement when hubby lost his trailer on the way back from his veggie plot. Luckily it didn't happen while he was collecting the horse manure. 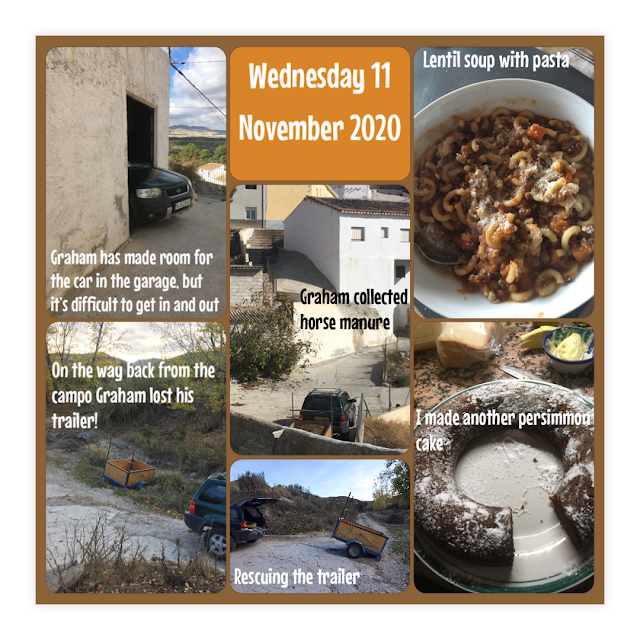 Yesterday I had a surprise package. I didn't remember ordering anything. It turned out to be a box of 100 postcards with images from  Studio Ghibli that I had pre-ordered when I learnt they were going to do one. It was a long time ago (months) and I had completely forgotten about it. So I had fun looking through them. I'm very pleased, it was a wonderful surprise. That is it from me. Of course I will find you some funnies to put at the bottom so you'll have a bit of a giggle.
Now it's time to link up with Annie at A Stitch In Time, and with Virginia at Rocking Your World Friday.
Have a lovely weekend,
Keep smiling,
Hugs,
Lisca 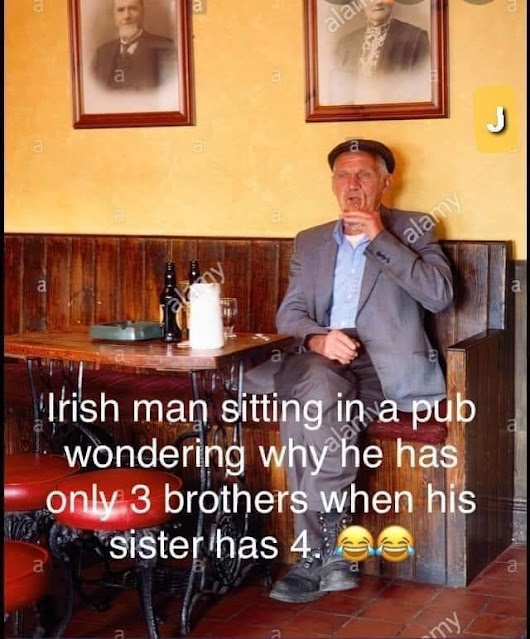 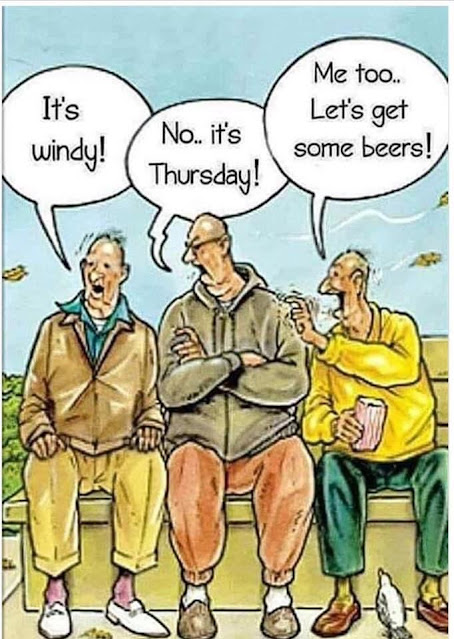 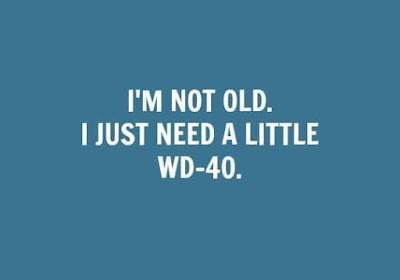 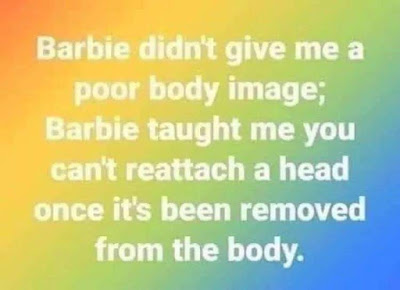 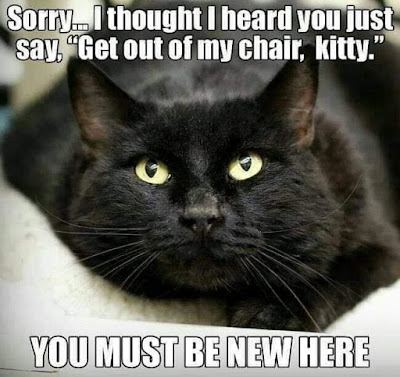 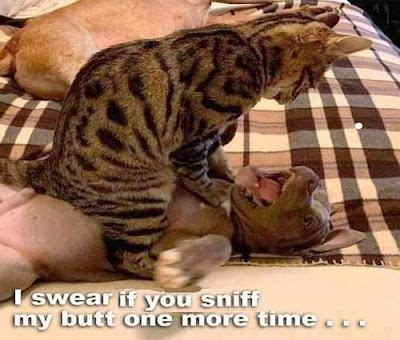 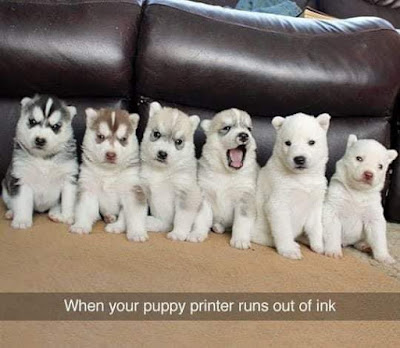 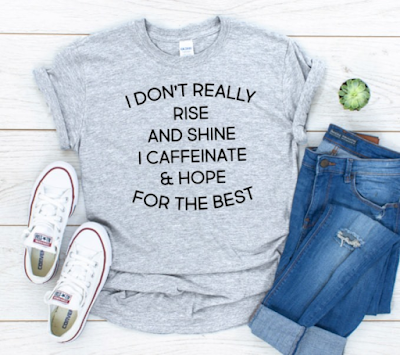 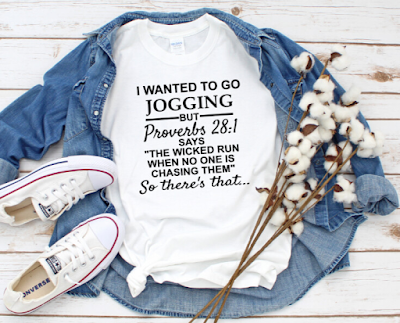 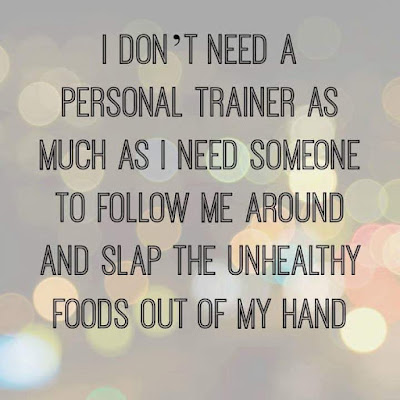 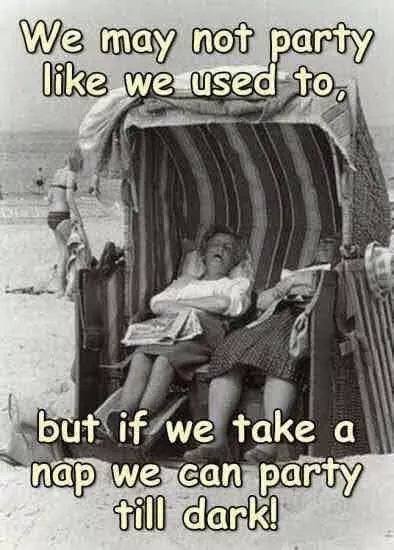 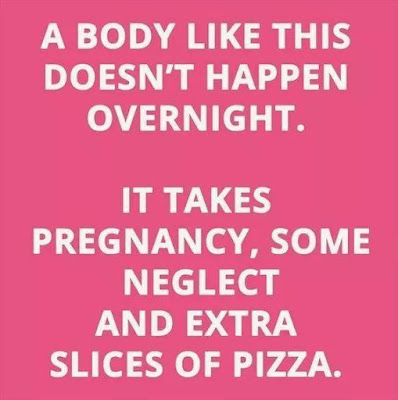 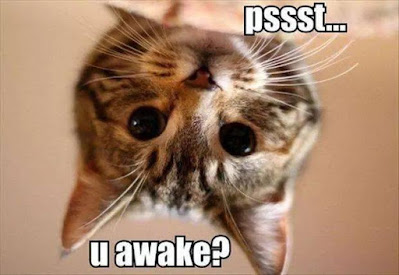 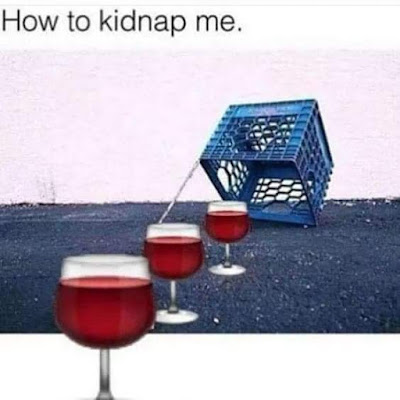 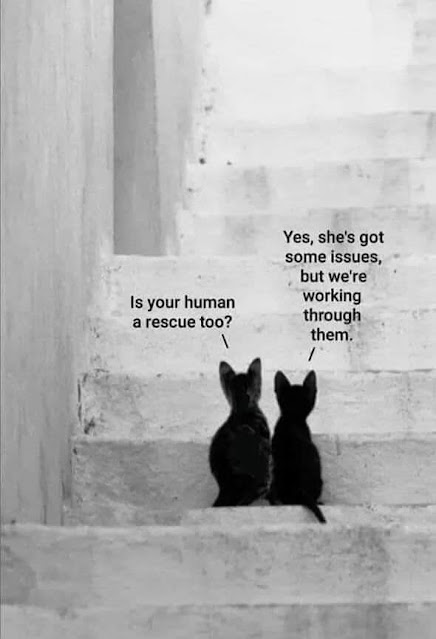 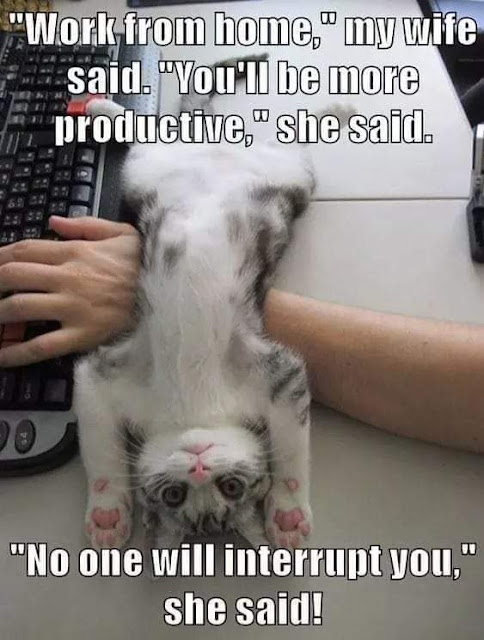