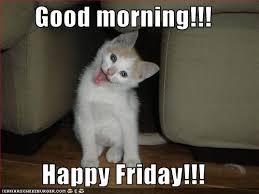 Good morning lovely ladies!
I'm here to join Annie (A Stitch In Time) with my smiles for this week. For me a postcard in my letterbox is always worth a smile. This card arrived a few weeks ago, but I haven't had the opportunity to share it yet. It comes from Japan. It doesn't actually say what it is, but it looks like food. Beautiful artwork. It could almost be batik.. 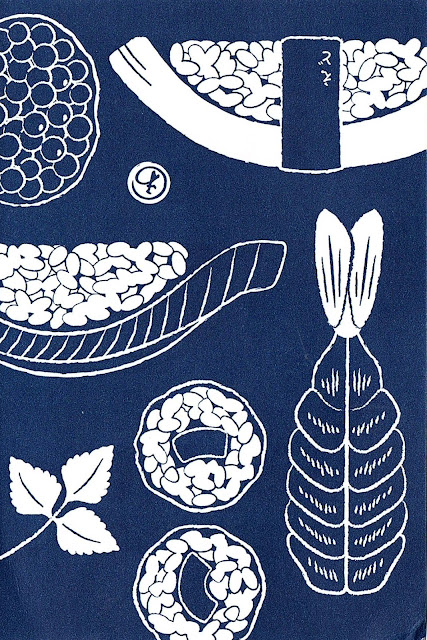 It was sent to me by Arisu who lives in Tokyo. She writes that she has been to Bristol (the city where we used to live) about 15 years ago, to visit her cousin. That same cousin now actually lives in Spain. She writes: What a fate! (I think she means: What a coincidence.) 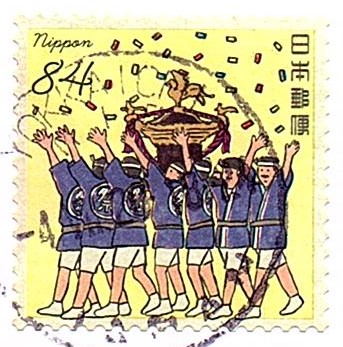 The stamp is beautiful too. It features several people carrying what looks like a trophy. I have not been able to find out what is it.
OK, what has my week been like. I finished my book (Vestige of Hope) which was disappointing as it was a romance. I don't mind a love story within an interesting plot, but this was a romance, where you know from page one that they will get together. So what's the point of reading. I only chose it because it was a time travel book which I rather like.
The I started  'In the Darkness', about a bloke who wakes up after a drunken night out, in the brain of a girl. He sees this large screen and he sees what she sees. They freak out to start with but later discover they can talk to each other. Very interesting plot. 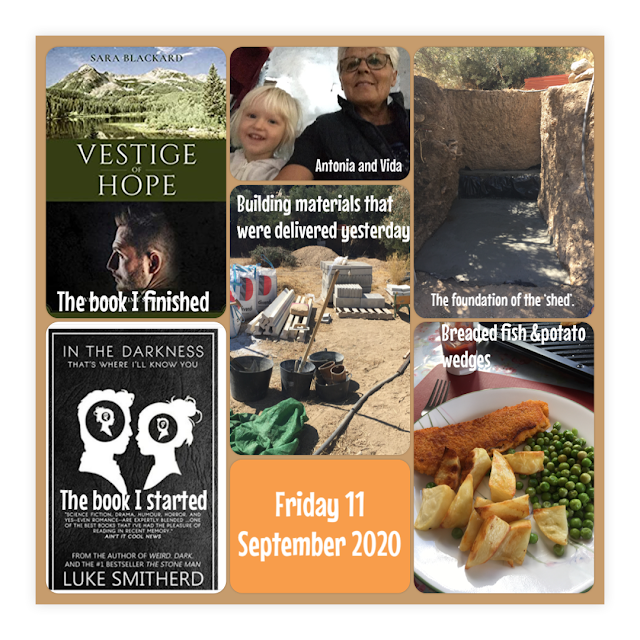 I had a trial subscription to Kindle Unlimited, where you 'borrow' your book for free rather than buy them. But although they have thousands of books, they didn't have the ones I liked and I decided not to continue past the free trial period. That period ended last weekend. So I canceled two days before and then I saw the latest by Damien Boyd. I had read all nine in the series and now number ten had come out. So I quickly 'borrowed' it on Kindle Unlimited and read it in one day! 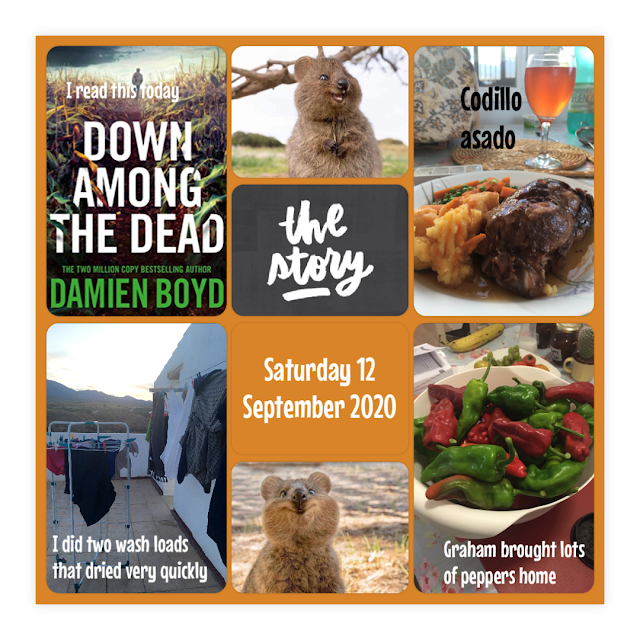 The codillo asado is like a lamb shank, but it was pork. So a pork shank if i can call it that. It came already cooked and it was delicious (Lidl in their German week). 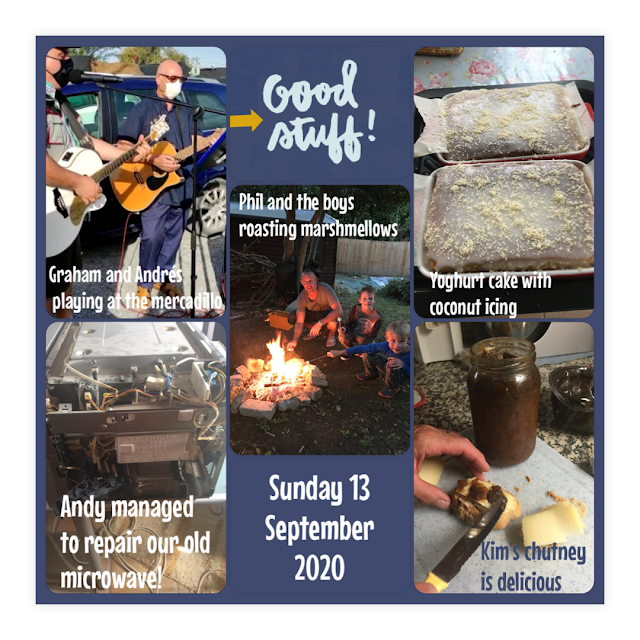 You might remember that my microwave combi had broken down and the electrician couldn't repair it. We were about to throw it away, having found out where our local tip is, when our friend Andy asked if he could 'play' with it. Well, a few days later he had repaired it!! So now I have two microwaves. (One for upstairs and one for downstairs, as our house consists of two apartments). 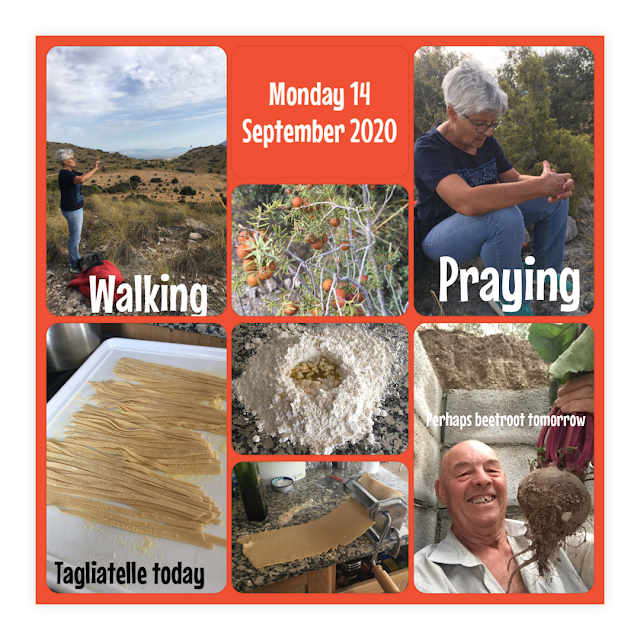 I still walk (and pray) twice a week with my friend. That day I decided I fancied making some fresh pasta. I hadn't done that for a while. I must say it went down very well. 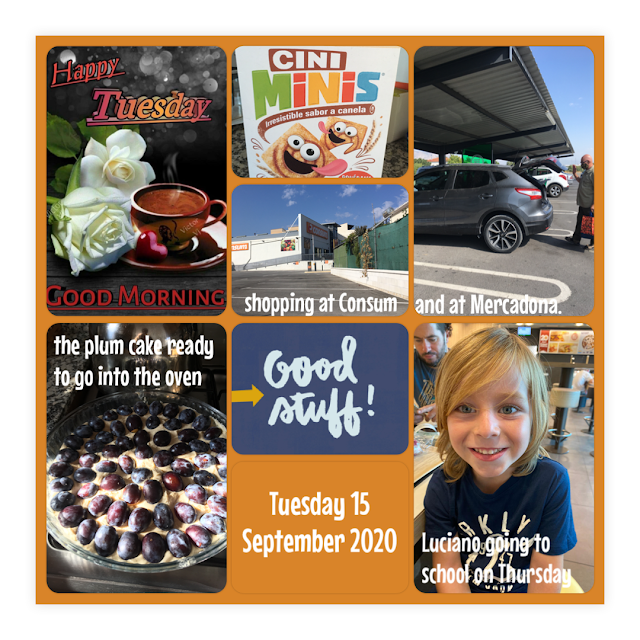 Tuesday we went food shopping. We went to different supermarkets, as they sell different things. We found a new cereal Cini minis. They taste of cinnamon and are not so sweet. 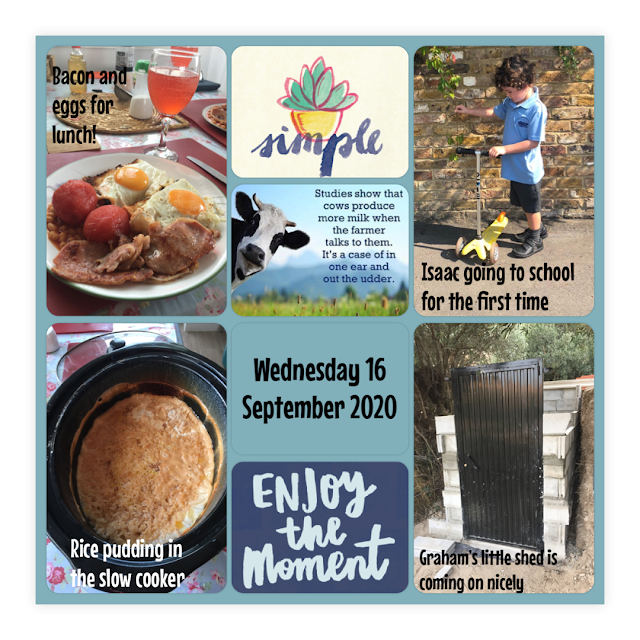 After having experimented with different Spanish rice types, I have now found one that does a perfect rice pudding! It turned out perfect! (In the slow cooker). 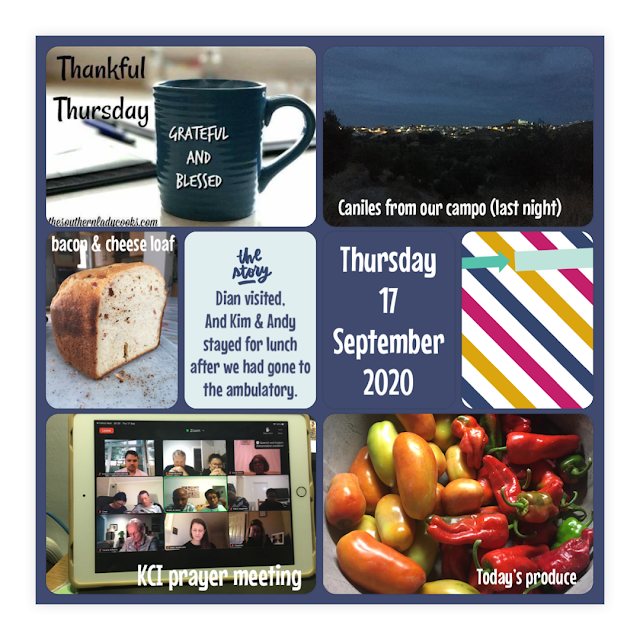 As usual I have found some funnies for you. Last week's were definitely the dregs, but I have some nice animal ones for you today. It will put a smile on your face.
Now I'm off to visit Annie, and Virginia at Rocking Your World Friday.
Have a lovely weekend all and,
Keep smiling!
Hugs,
Lisca 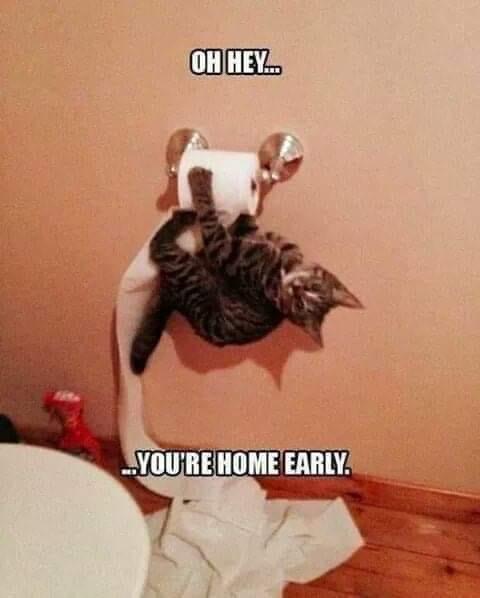 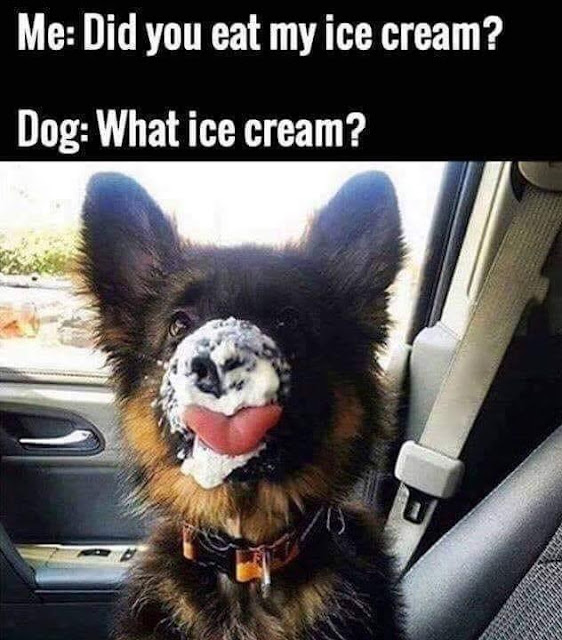 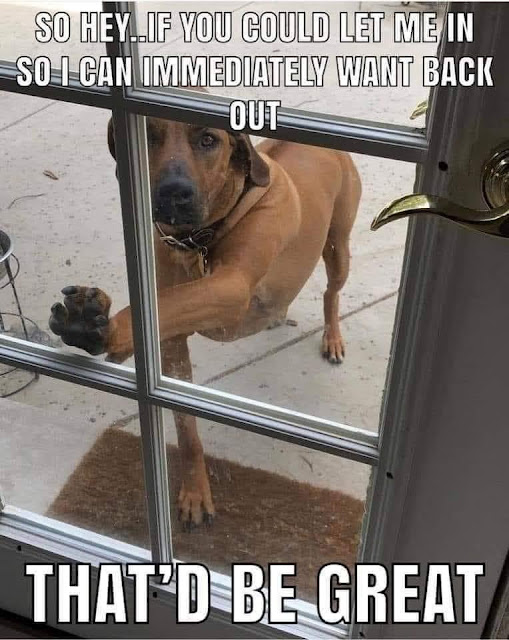 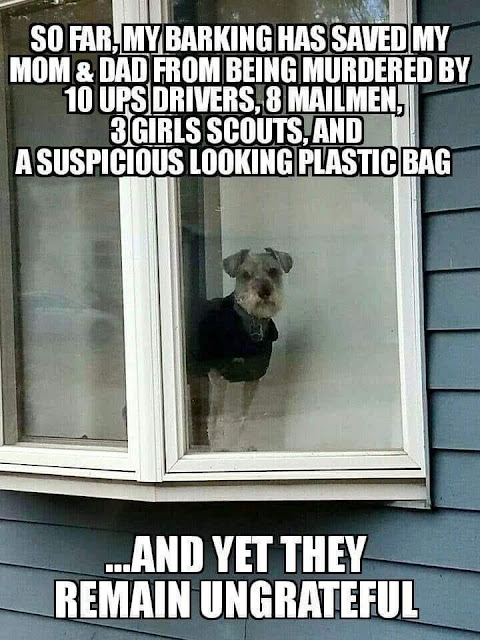 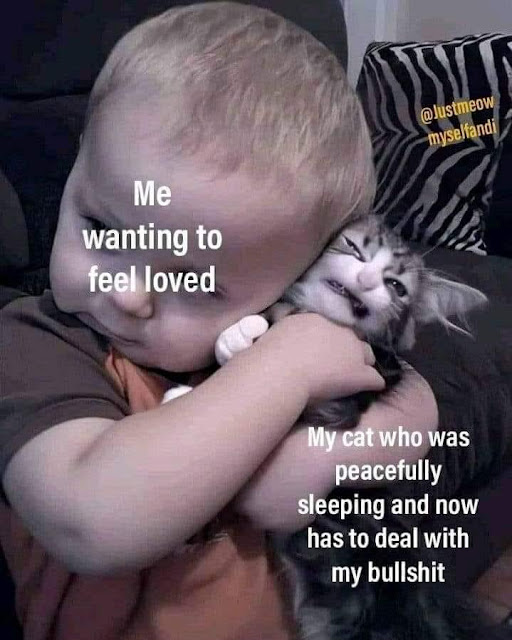 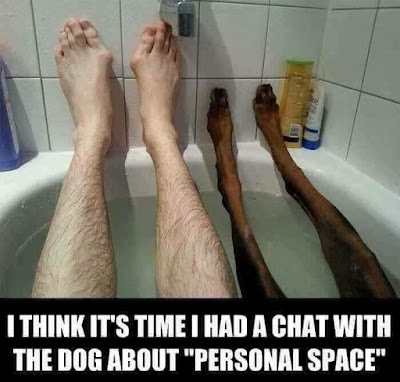 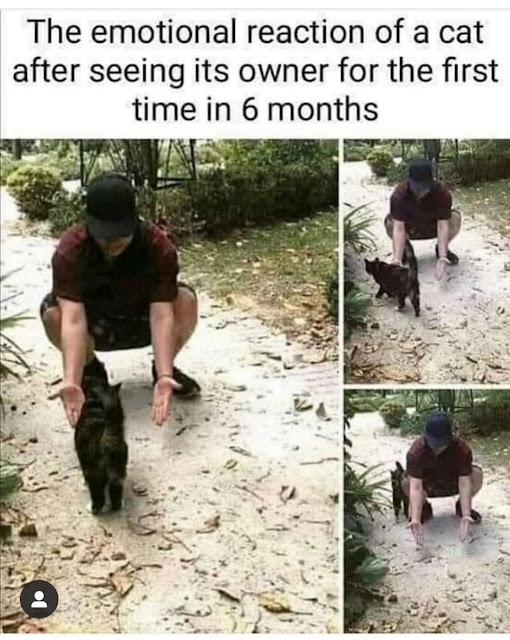 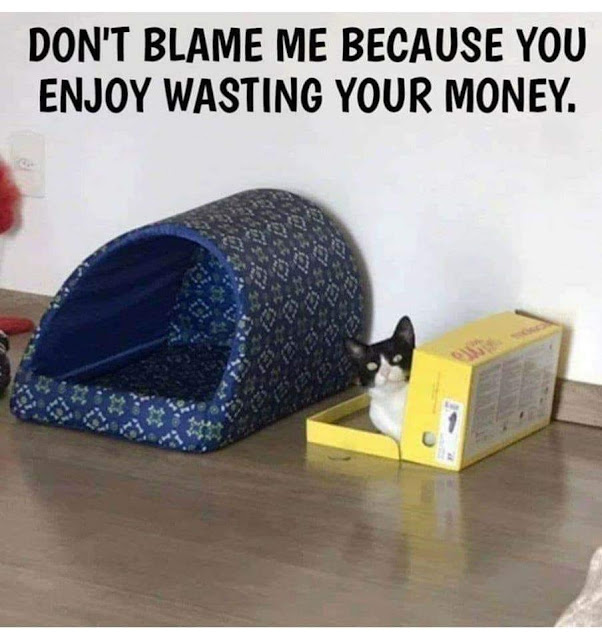 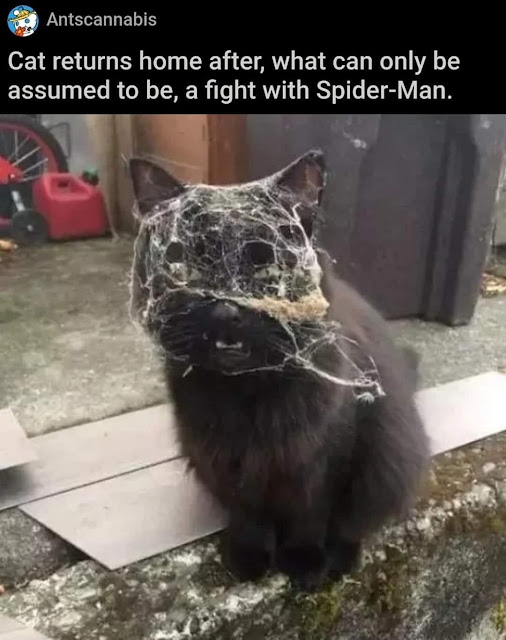