Here we are again gathering for the T-Party. In some countries this is the only way to gather and have a party. Let's join Elizabeth and Bleubeard with a beverage. This coffee is my contribution: 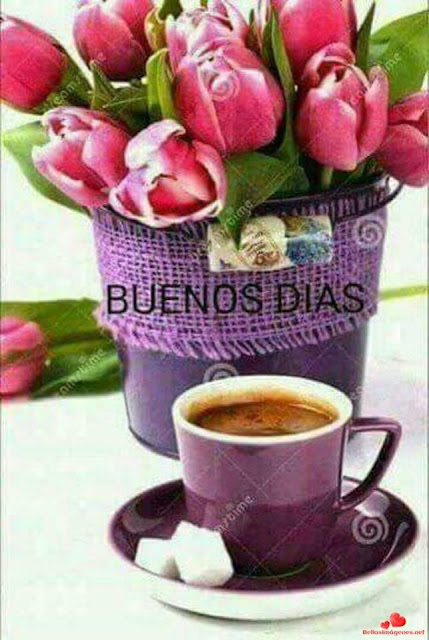 I have been at home for the last fortnight with a bad cold and have kept away from everyone so as not to pass it on. Now I am better, I still have to stay indoors because of the Corona virus. That is a whole different matter of course. And more about that later.

I would like to start by showing you some cards that have arrived this past week. The first one comes from Hongkong: 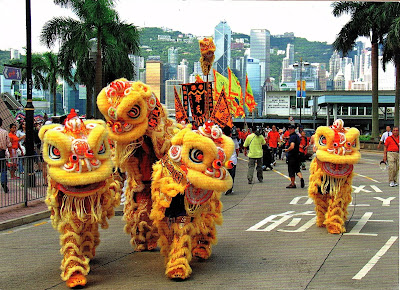 It features a part of the parade during the festivities for the 10th anniversary of Hongkong's return to China. You can see the lion dancers leaving the Star Ferry on their way to Canon Road in Kowloon. 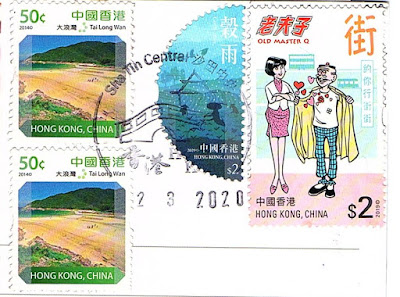 The stamps are gorgeous. The stamps on the left feature Tai Long Wan, Hongkong's beautiful beach. Here is a Wikipedia image: 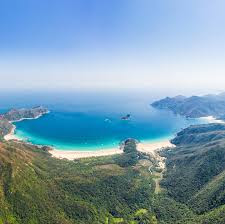 Tai Long Wan translates to "Big Wave Bay" in Cantonese, which indicates its strong currents. It is also not a gazetted public beach, which means it has no lifeguard and is not managed by the Leisure and Cultural Services Department. It is not recommended for swimming.
Hong Kong Underwater Archaeological Association vice chairman and diving instructor Johny Lee said it was a wide beach with a narrow opening to the open sea, causing strong currents especially during September. He remarked that it was good for diving as the water was clear and one could observe the marine life of the area. However, he also noted that the strong current made it dangerous and people should be very careful if they decide to swim there.
The stamp on the right shows a cartoon character  called Old Master Q. 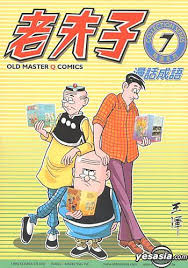 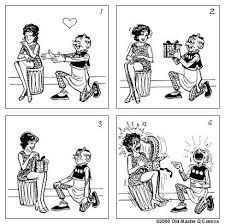 The stamp in the middle is a semi lunar shaped stamp (difficult to see). It is one of a series representing Spring. This one is called Corn Rain. 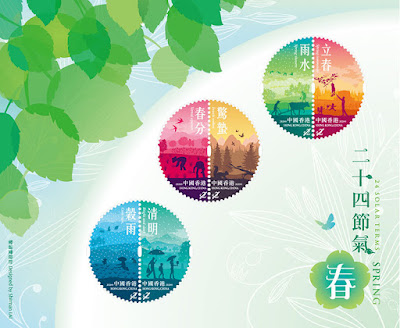 My next card comes from Portugal. My mouth waters just looking at it. I know what these taste like and they are delish! They are called 'pastéis de nata'. Custard cream cakes. Yumm! 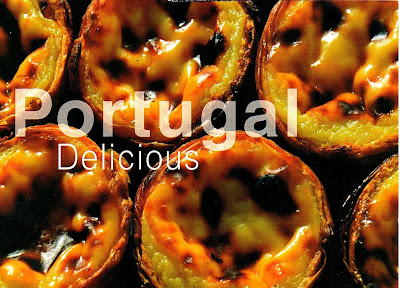 The stamps is really beautiful. It is a beautiful image of a (imho) not so beautiful animal: the sea slug. 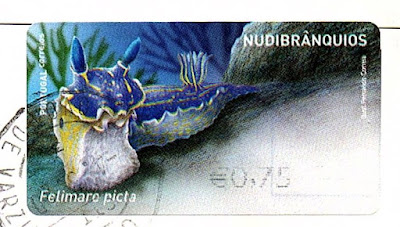 What have I been up to? Well, Spain (like Italy) is now in total shut-down. Nobody is allowed outside.Most businesses are closed, all public life is cancelled. Borders are semi-closed. We have to stay at home and can only go out to buy food or for medical reasons. Schools are closed, shops (apart from food shops) are closed, And people are encouraged to work from home wherever possible. I think that factories are still operating. I don't know really as I live in an agricultural area. 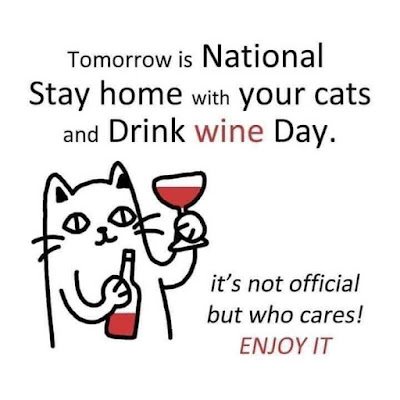 No, we are not drinking a lot of wine. I'm only joking. As we live in a village, life goes on more or less as usual. The men still go and work their plot of land, and I still go to the local baker to buy my bread. I have a pantry full of food, a lot of fire wood and some spare gas bottles (we still use bottled gas here), and a freezer full of food, so I'm not worried. But my birthday trip next week has had to be postponed, because the hotels and restaurants have had to close too.  Better safe than sorry.

I have done some scrapbooking these days. Here is my desk and a work in progress. 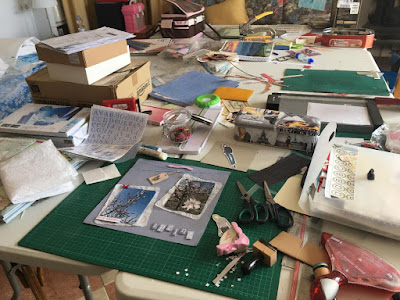 Here is one I finished.  I will show you the other finished lay outs on Friday. I have now finished 2016. 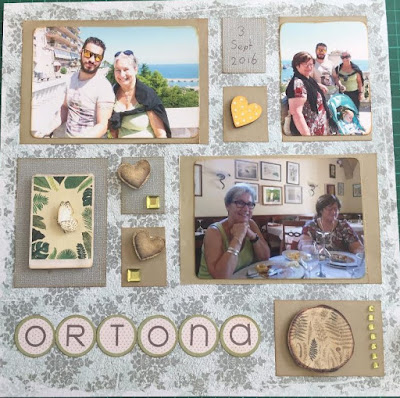 I also did a wash and lo and behold it rained. That is a rare occurrence in this arid climate. So I quickly got my wash in and it is now drying nicely indoors. 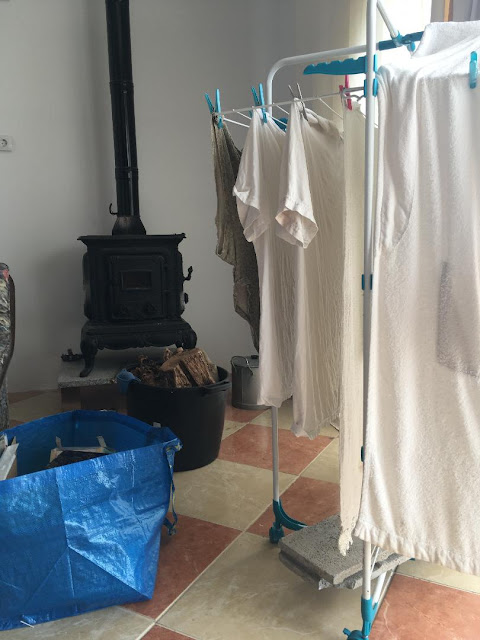 That is it from me here in Spain. I hope, wherever you are in the world, that this Corona virus is not affecting you or your work too much.