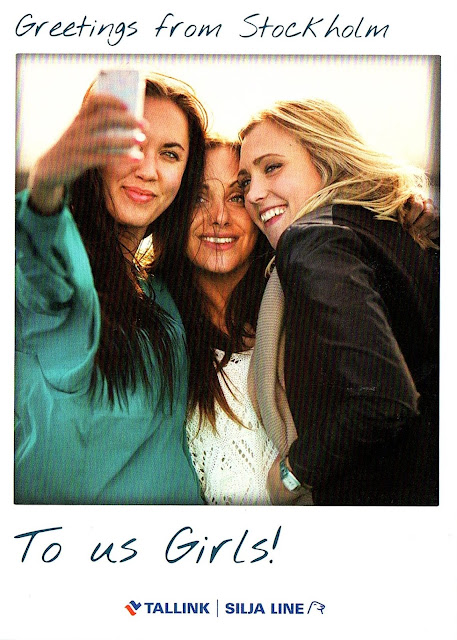 No, I'm not in Stockholm, but this is a card I received from one of my Postcrossing friends. That is exactly what I want to convey today: Cheers! To us! Lets be positive and look at the good things in life instead of filling our being with negative newsfeed. Stay up to date by all means, but switch that rolling newsfeed off after you have heard the round-up of the news.

Let me show you some cards: This one comes from Poland and reminds me of summer, when we eat pomegranates. The name means 'apple of Granada'. (And our nearest city is Granada) 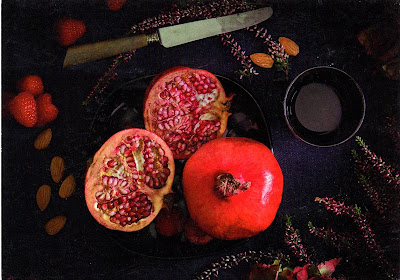 The stamps is very nice, seen here enlarged. It mentions Bialystok, which is the largest city in north-eastern Poland and the capital of Podlachia. It is the gateway to many natural attractions of Podlachia, known collectively as the Green Lungs of Poland, including Biebrza National Park and Białowieża National Park. Białystok is also the place of birth of Ludwik Zamenhof, the inventor of the artificial language, Esperanto. The city hosted an international Esperanto conference in 2009.(Wikivoyage) 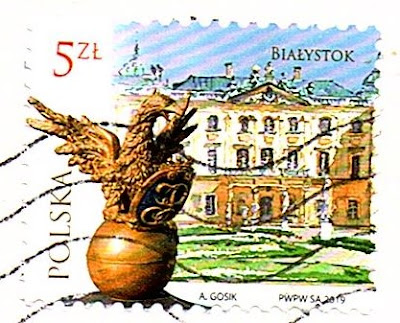 The palace on the stamp is Branicki's Palace.   The Branickis' Palace is a former residence of a wealthy and influential noble family of Branicki, which used to own the whole city of Bialystok. The most famous member, Jan Klemens Branicki, the Great Crown Hetman of Poland with unsuccessful aspirations to the Polish throne, made the city prosperous and striving. The palace was given its current shape in early 18th century and since then has been called many names reflecting its grandeur, including "the Versaille of Podlasie". Although badly damaged by German bombs during the World War II, it was carefully rebuilt and now serves as the main building of the Medical University of Białystok. (Wikivoyage)

My next card comes from Sweden and shows the (young) queen Sylvia. She is wearing traditional costume I think. Very understated and beautiful. 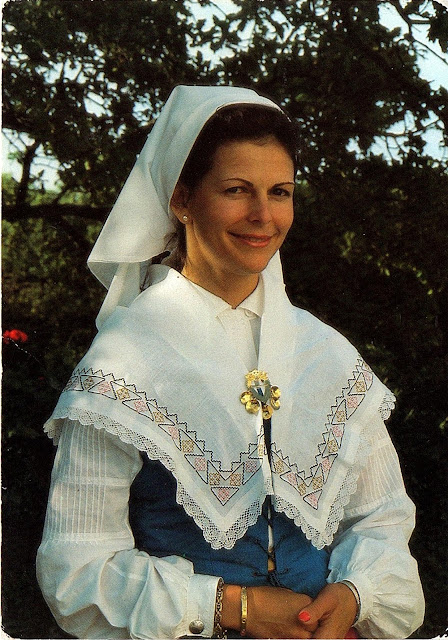 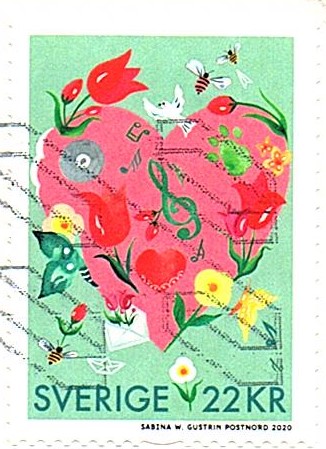 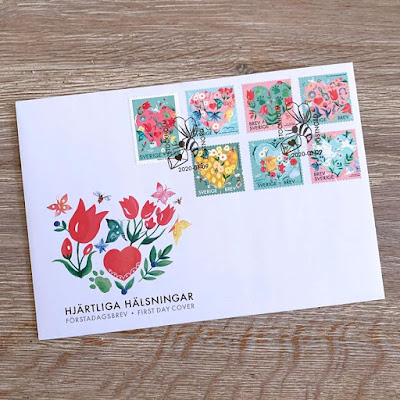 Here is a close-up of some of them: 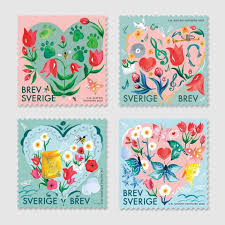 I find them uplifting and pretty to look at.
At that brings me to my week. It has been a strange week. The end of week two of the shutdown for us.
The weather has been very somber, but the mood has been of the 'we-will-get-through-this' kind. 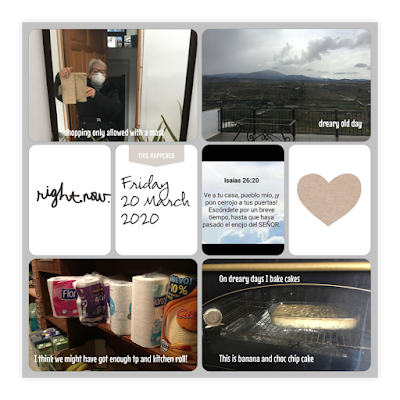 But I get lots of chores done and I enjoy baking and cooking. Hubby has been doing odd jobs too. 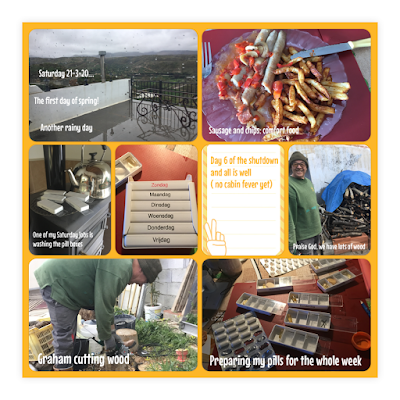 Sunday was wonderful, in that we watched the streaming of two church services by churches that we used to attend in the UK. 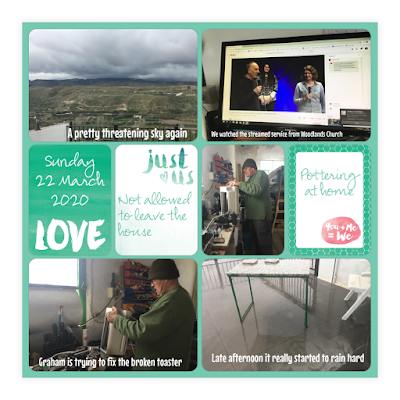 Monday was my birthday and I have been so blessed with many, many messages, and video calls etc. It was different than other years but very special. I shan't forget this birthday. We had booked to walk the Caminito del Rey and to stay in a lovely hotel in the mountains, but of course the hotels have all had to close. 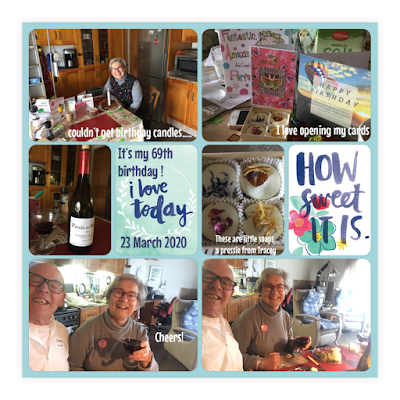 Wednesday was the first day without rain (after 14 or more dull rainy days), and I managed to dry some washing outside. The seeds we ordered from Premier Seeds Direct have arrived and hubby can't wait to be going out there to plant something. 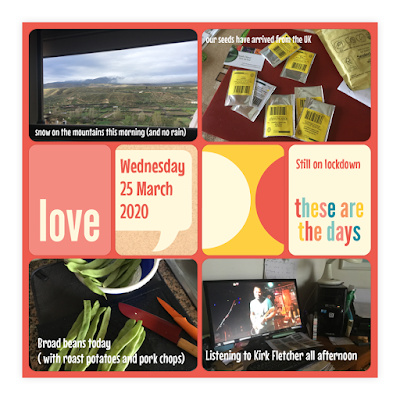 People are following the rules of waiting outside the shops with a meter distance. We all have to wear a mask and gloves are recommended, because not all shops remember to keep the door open. (and it's cold of course). 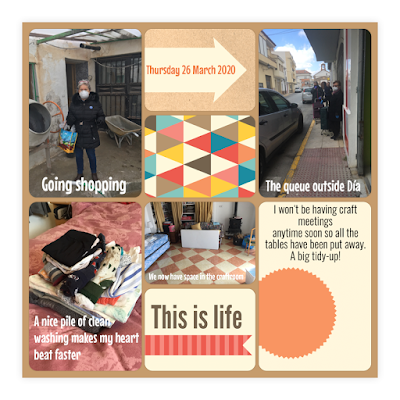 All in all we are fine. And I am working my way through a list of things to do, one of which is to learn more about digital scrapbooking. I have Photoshop in Spanish and also Photoshop Elements 11 in English. If anyone can recommend a good tutorial (preferably for PSE as that is in English) I would be very grateful.

Usually, the last Friday night of the month, our friends D&P and us go out for a drink and a meal or a pizza. We catch up and put the world to rights. This is not possible now, so we have organized a virtual get-together tonight using Zoom, that everybody seems to be using now. I'm excited about it. It will be like we were spending time together. I'll let you know how it went.

That is it from me today. I have some funnies for you at the end.
So now I will head over to Annie at A Stitch In Time and to Virginia at Rocking Your Week Friday
Stay safe and
keep smiling.
Hugs,
Lisca 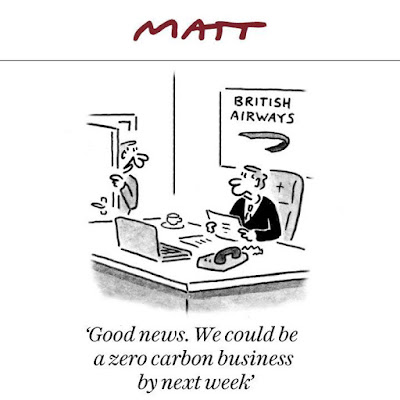 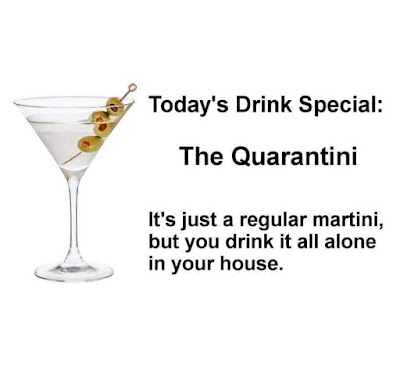 The translation of the next one goes like this:
"China has released the names of the first three infected people:
Sum Ting Wong
Ho Lee Fuk
Yu Dai Soon" 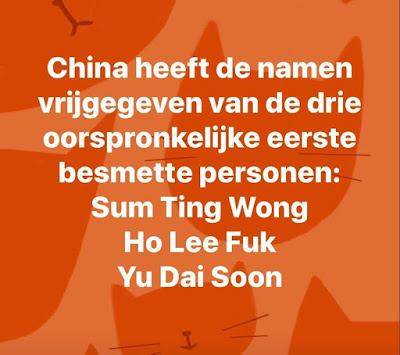 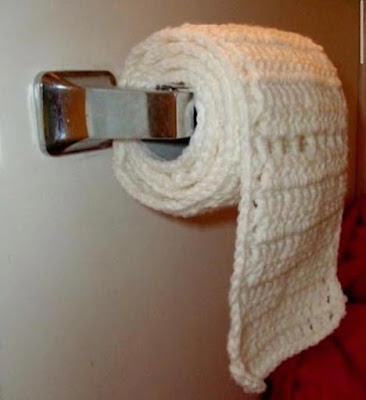 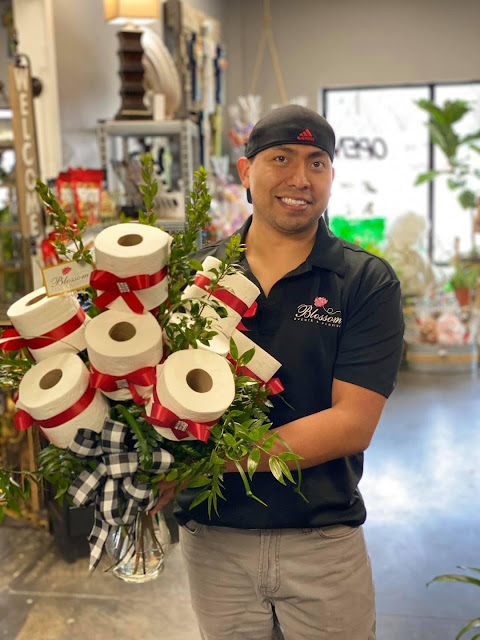 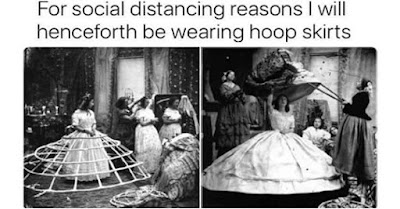