Good morning lovely ladies,
It's a lovely day today and I'm typing this with the sun streaming through the terrace doors and windows.

I received a beautiful card this week. It is called a Maxi card and the unusual thing is the stamp is stuck on the front of the card. I have a few of these maxi cards but this is the first one with a subject close to my heart.
It's about 100 years women in medical practice. 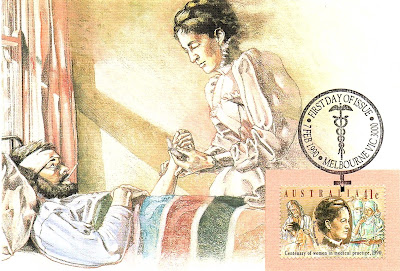 The lady on the stamp is Constance Stone. She was born on 4 December 1856 in Hobart, Tasmania to William and Betsy Stone. The family moved to Melbourne in 1872. In 1882, Stone met Reverend David Egryn Jones, who had emigrated from England. Moved by the poverty his parish, Jones decided to study medicine, and Constance followed suit. She was forced to leave Australia to study medicine since the University of Melbourne would not admit women into the medicine course. She graduated from the Women's Medical College of Pennsylvania, and was awarded her MD from the University of Trinity College, Toronto in 1888. Jones followed her to Canada to earn his MD.

Stone went on to London where she worked in the New Hospital for Women and qualified as a licentiate of the Worshipful Society of Apothecaries in 1889. It was her time at the New Hospital which was her inspiration to one day found a hospital that was run 'by women, for women'.
In 1890, after she returned to Australia, she became the first woman to be registered with the Medical Board of Victoria. Her sister, Grace 'Clara' Stone followed her into medicine. Clara had been allowed to study in Australia and was one of two women who graduated from the University of Melbourne in 1891. The sisters went into private practice together and both worked at the out-patients' dispensary in La Trobe Street. (Wikipedia) 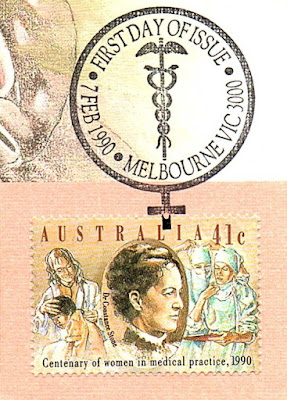 The second card comes to me from the USA and depicts turtles (my favorite animals). It is called 'Perilous Passage' from Animal Kingdom by Charley Harper.

Charley Harper (1922 – 2007) was a Cincinnati-based American Modernist artist. He was best known for his highly stylized wildlife prints, posters and book illustrations. Born in Frenchton, West Virginia in 1922, Harper's upbringing on his family farm influenced his work to his last days. He left his farm home to study art at the Art Academy of Cincinnati, and won the academy's first Stephen H. Wilder Traveling Scholarship. Also during his time at the Academy, and supposedly on the first day, Charley met fellow artist Edie Mckee, whom he would marry shortly after graduation in 1947.

In a style he called "minimal realism", Charley Harper captured the essence of his subjects with the fewest possible visual elements. When asked to describe his unique visual style, Charley responded:

When I look at a wildlife or nature subject, I don't see the feathers in the wings, I just count the wings. I see exciting shapes, color combinations, patterns, textures, fascinating behavior and endless possibilities for making interesting pictures. I regard the picture as an ecosystem in which all the elements are interrelated, interdependent, perfectly balanced, without trimming or unutilized parts; and herein lies the lure of painting; in a world of chaos, the picture is one small rectangle in which the artist can create an ordered universe. (Wikipedia)

Here is another example of his art: 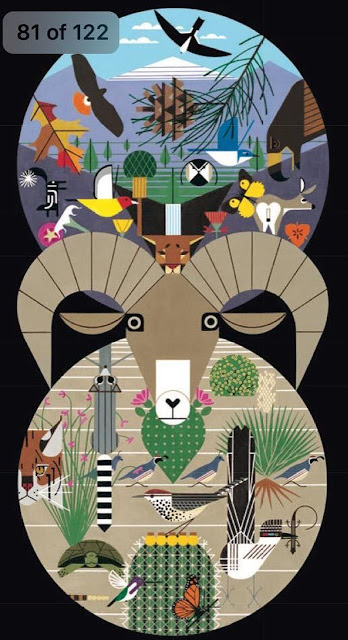 So what else has been happening? We have been to visit the local (Caniles, southern Spain) bodega (vinyard/winery). We want to plant some vines for ourselves and need to learn a bit more and do our research of course.

The bodega Vilaplana is only a few kilometers from our house, but we had never been there. It is the white  house in the distance: 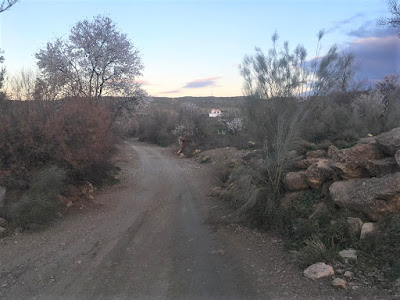 The almond trees are in blossom. Here we are getting closer: 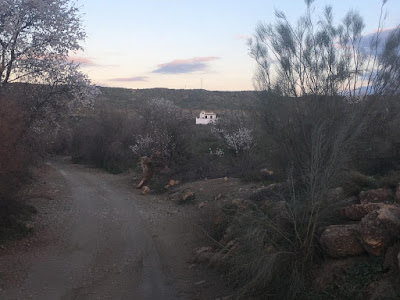 Here is a photo of the house (business downstairs) from the internet as it was getting dark. 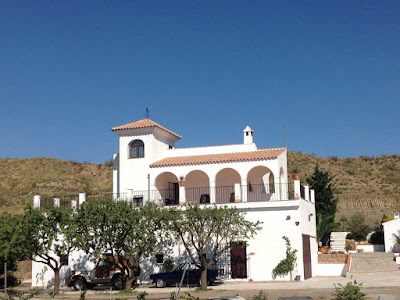 We went there at 6:30 pm so not much time to see things by daylight, but we got a quick tour of the vineyard: 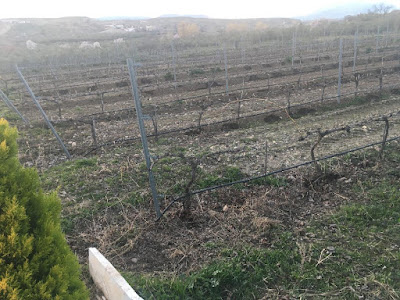 And they showed us the process. Here is the wine they produce from the red Tempranillo grapes and red Grenach. (suitable for hot dry weather) The white grapes used are Macabeo and Jaen. 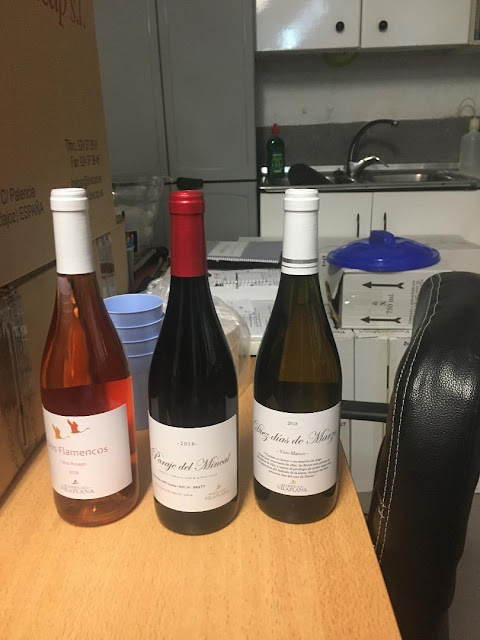 The white wine is called 'Diez días de marzo', which means ten days in March. It is named in honour of an old irrigation right. Since hundreds of years, the poorest farms would plant vines and they would have the privilege to irrigate with pure mountain melt water (Sierra Nevada) during the first ten days of March. 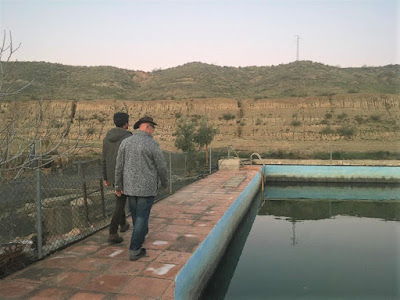 When the sun set it was time to go home. 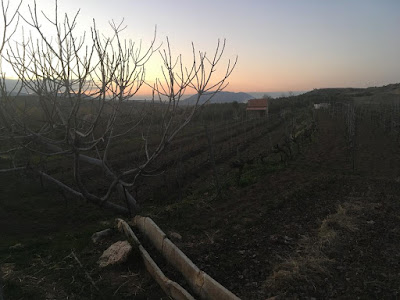 That is it from me today. As my blog post contains some bottles of wine, I have the perfect ticket for the T-Party, hosted by Elizabeth and Bleubeard. Are you joining us?