Here we are again with the smiles of this week. Yes, there were many.

Of course my postbox always makes me smile. Here is a card from Belgium. It is the city of Dinant in the XIXth century, painted by C.C. Stanfield. 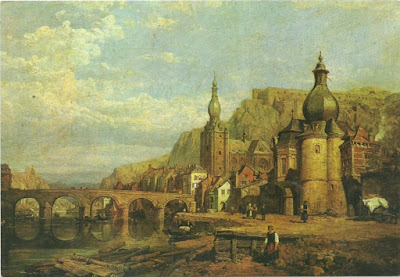 The stamp is beautiful. It bears the name Wouter Jan Strietman. I found out he is a marine researcher at the university of Wageningen (Netherlands) and he is known for his ecological projects like 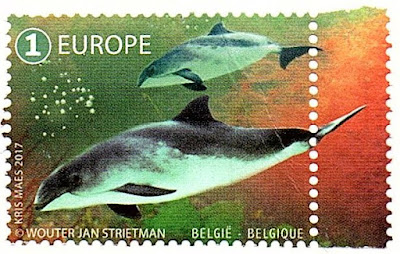 The Arctic Marine Litter project. There is a link if you are interested.

The second card comes from Germany, from a little island called Reichenau. I received a card from Reichenau a couple of months ago, and now I have another one. (They are not the same). 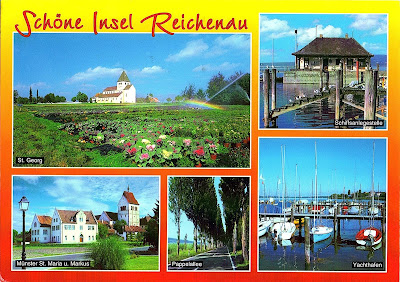 Reichenau Island is an island in Lake Constance in southern Germany. Reichenau is connected to the mainland by a causeway, completed in 1838, which is intersected between the ruins of Schopflen Castle and the eastern end of Reichenau Island by a 10 m (33 ft)-wide and 95 m (312 ft) long waterway, the Bruckgraben. A low road bridge allows the passage of ordinary boats but not of sailing-boats.

The island was declared a World Heritage Site in 2000 because of the Abbey of Reichenau. The abbey's Münster (minster church) is dedicated to the Virgin and Saint Mark. Two further churches were built on the island consecrated to Saint George and to Saints Peter and Paul. The famous artworks of Reichenau include (in the church of St George) the Ottonian murals of miracles of Christ, unique survivals from the 10th century. The abbey's bailiff was housed in a two-storey stone building to which two more storeys of timber framing were added in the 14th century, one of the oldest timber-frame buildings in south Germany.
There is a lovely Christmas stamp on the back of this card.

So, what have we been up to this week. It has been an unusual week. On Sunday morning, going to church we found a strange sight at the back of our house: 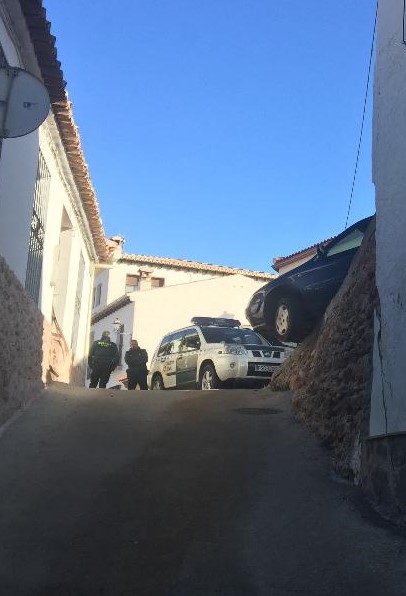 Goodness knows how that happened. Luckily the Guardia Civil (police) moved their car for us and we could get through. My smile? Nobody was hurt.

Then on Sunday night it started snowing. I posted some photos on my Tuesday blog. There was really a lot. My smile? I took a lot of photos.
All the trees were white. 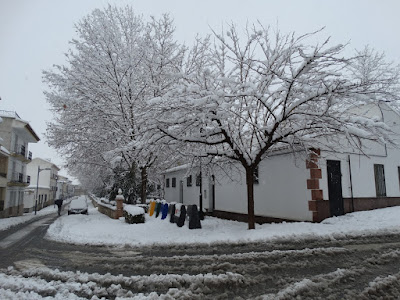 These poor palm trees are struggling under the weight of the snow. 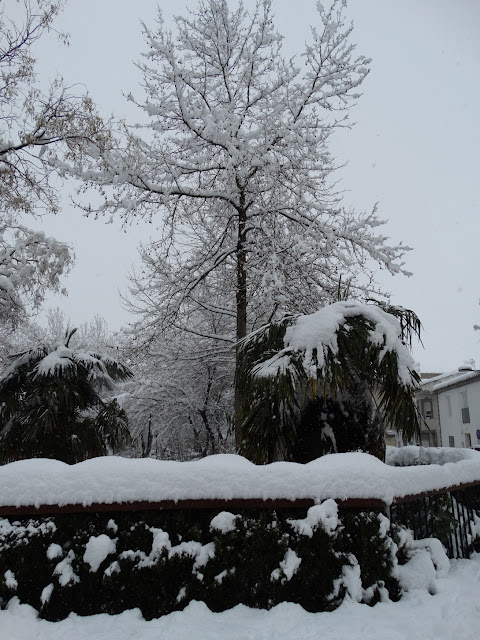 Our little park is completely white. 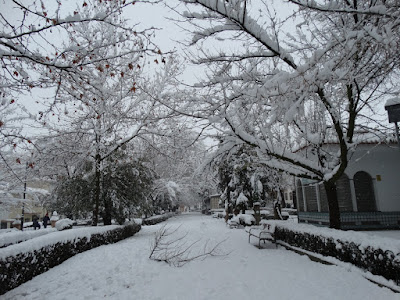 Here is the snow plough, operated by the local fire department. 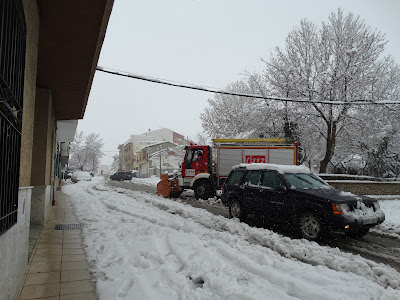 The snow on the roof was even higher than on the streets. Eventually it damaged the receptor dish so much that we lost the internet on Wednesday! (we have internet via radio signal) The engineer came to replace the dish and establish the internet only hours ago. Coincidentally my phone in broken too. It won't charge anymore. So I couldn't use that for internet either. They were a quiet couple of days. What did we no in the evening? (remember, we don't have TV). We watched a DVD: 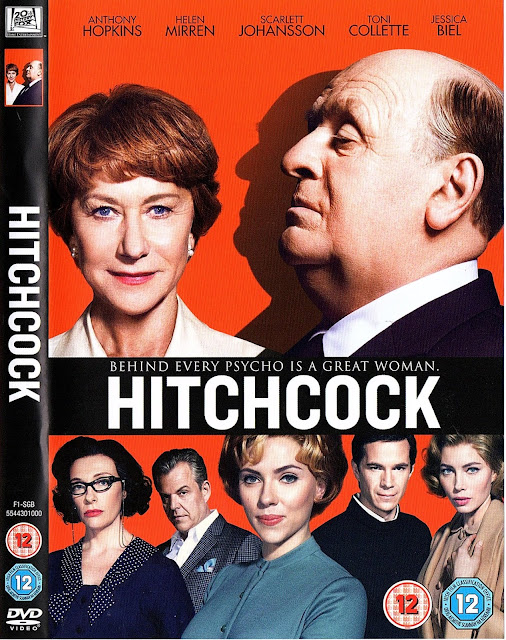 My smile? We enjoyed it immensely. It was about the making of the film Psycho. 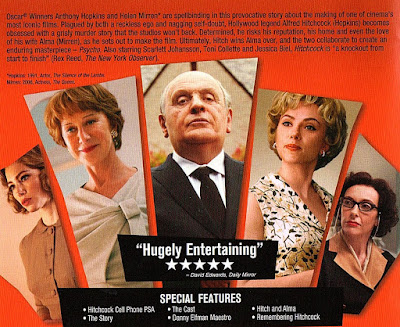 It's past midnight, so I shall go to bed.
Of course there will be a few funnies at the end. Not many as I haven't much time. I need to go to bed.
Have a lovely weekend,
And... keep smiling,
Hugs,
Lisca 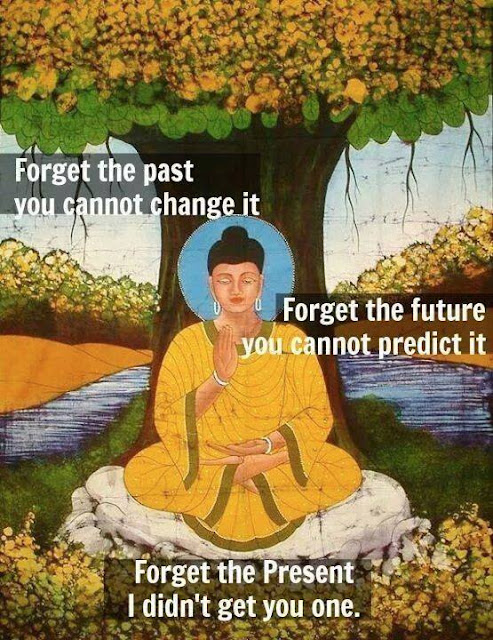 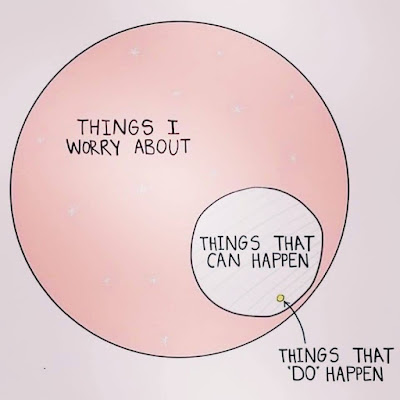 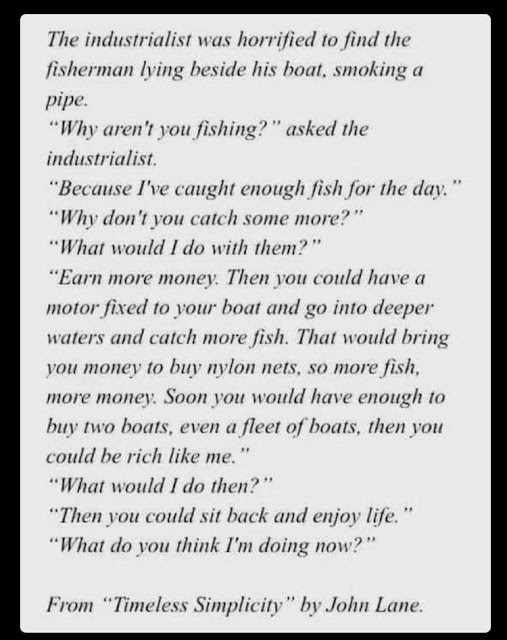 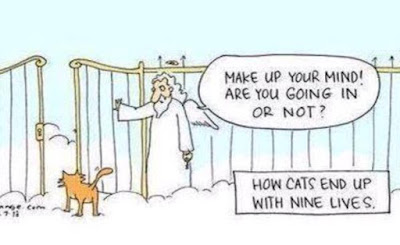 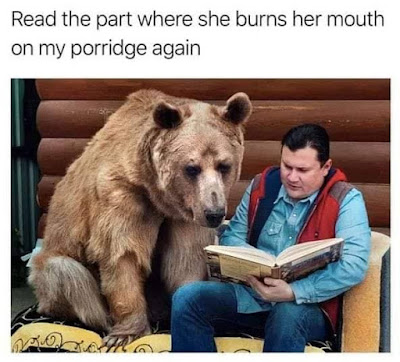 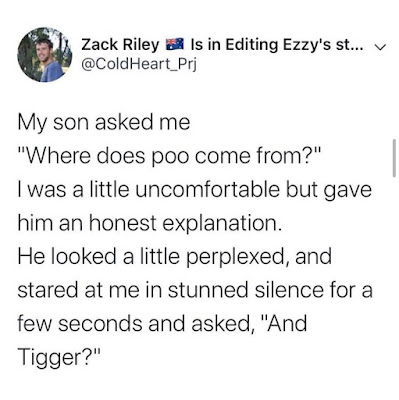