Hello lovely people. We have landed in the year 2020. I hope it will be a good year for you all.

We are back in Spain now (Got home Thursday night) after a lovely relaxing stay at my mother's in Holland and an uneventful journey back.

I haven't sent any postcards for more than 3 weeks so I haven't received any either. But here are a couple that were lying on my desk from before we left.
The first one comes from Germany and it is a castle. A 'Schloss' the German's say and it is Schloss Gifhorn. (In Lower Saxony, east of Hannover)
Gifhorn Castle is a castle in Gifhorn, Germany, built between 1525 and 1581 in the Weser Renaissance style. The castle was fortified until 1790 with moats, ramparts and bastions and was never captured. Wikipedia 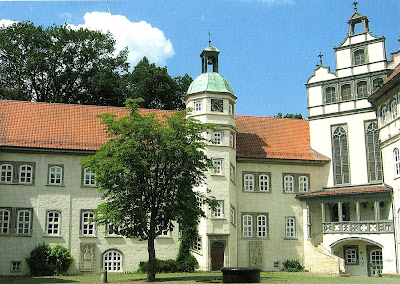 The second one is from Taiwan. (Obviously) 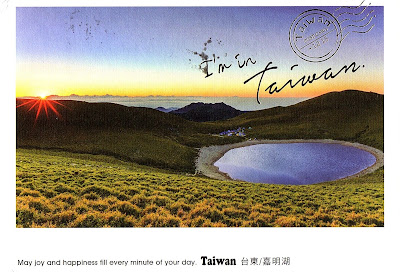 As you can see it doesn't say where this is. It looks like a crater...
But the stamps are beautiful. I imagine these are jade frogs. 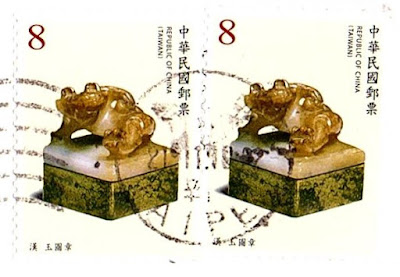 Jade Seal, Han dynasty (NT$8): This seal was originally part of a Han dynasty jade sword. It was only later that this piece of the sword was embedded in a copper square to serve as a seal stamp. A jade in-the-round carving of a bear serves as the handle of the stamp. Originally milky white, the jade has turned brown with age.

One of the lovely things about Christmas are the Christmas wishes from friends and family. When we came home I collected the mail from my postbox and there were quite a few cards (we left more than a week before Xmas). One of them was a hand made card from Caty in Almería. Isn't it gorgeous? Thank you so much Caty! I love it. I'm just sorry I didn't get it until this week. 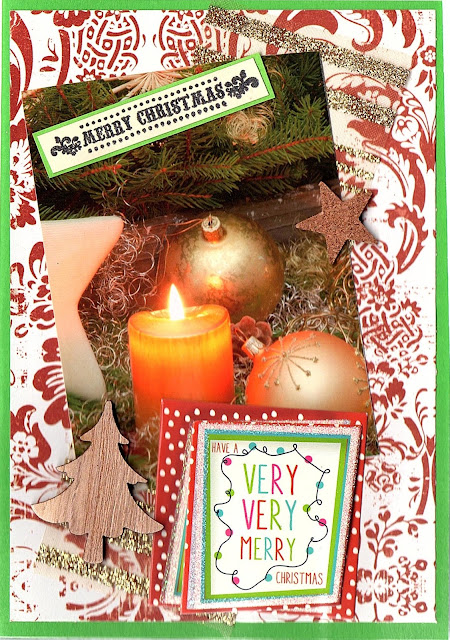 One of my presents was a scandinavian cookbook. My cousin had probably heard me rave over the food in Denmark and got me this book. It is quite a hefty book, but we managed to get it in the suitcase without being over-weight, so i am looking forward to making things out of the book. 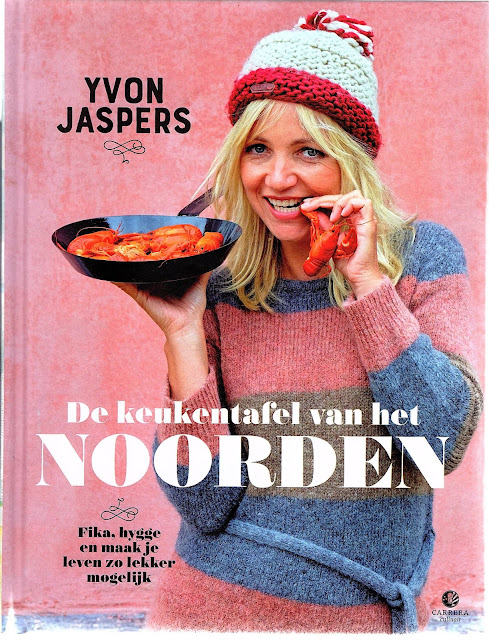 Talking of food, when we came home on Thursday night, having been away for 3 weeks, there was no food in the house. There had been a power cut and the freezer had defrosted so we didn't have anything to eat. So we just went to our nearest bar for a nice meal. Hubby is enjoying grilled 'secreto' (pork meat) with a baked potato smothered in aioli. 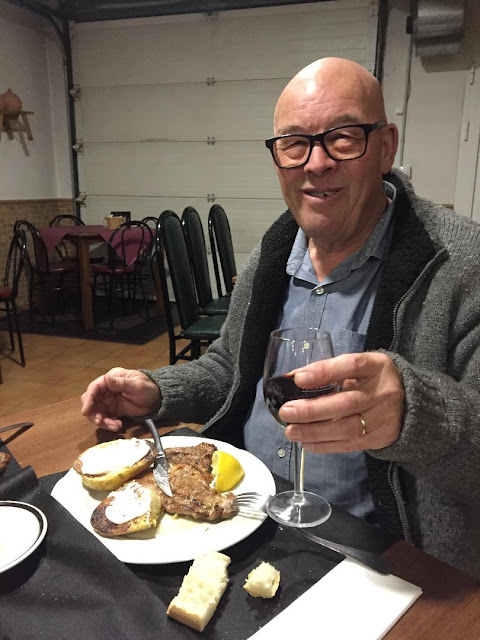 I had 'chicharra' (also grilled pork meat, but a different cut) and of course a glas of Ribera del Duero (red wine). 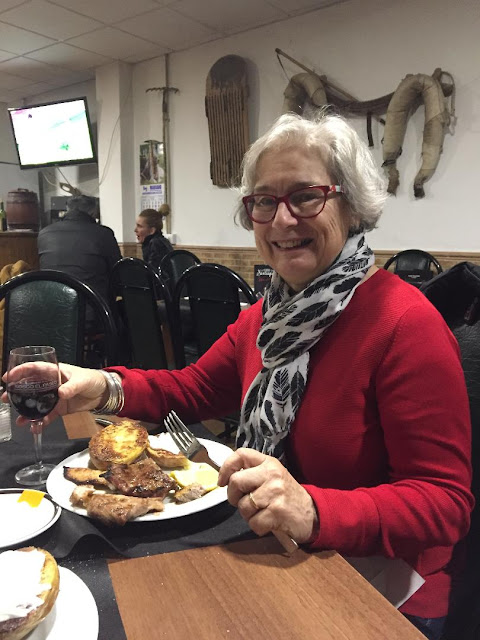 As this is my post for Elizabeth and Bleubeard's T-Party, This glass of wine is my qualifier.

You might know we are enthusiastic recyclers and while we were in Holland, we had a daily trip to the cash-back machine to get the deposit back from the bottles. 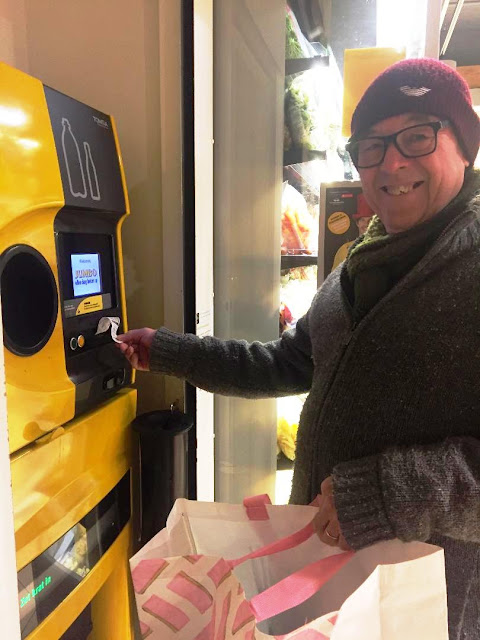 The bottles get placed in the round opening on the left. Crates go in the bottom. The machine calculates how much you are owed and asks if you want a ticket or if you want to donate to charity. We chose the ticket, which we would cash in at the till. Brilliant idea. I wish they had that system in Spain.

I think I'll leave it at that.