Hello lovely ladies, How are you today? Feeling OK? Have you had many smiles this week?

I smile every time the postman brings me some postcards. This week I received this one: 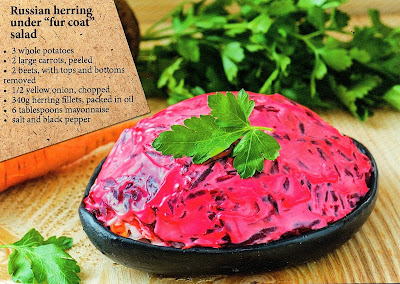 It's from Russia, from the Kola peninsula. It features a Russian dish with the recipe on the back. I don't usually show the written side of the card, but I am making an exception today as the recipe is on the back. I hope you can read it. 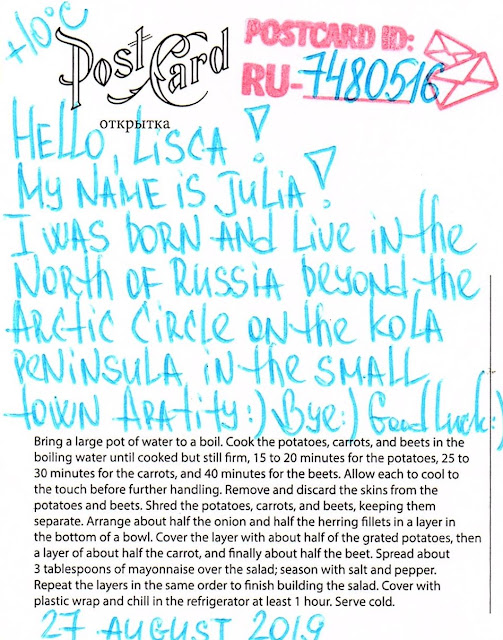 This is the stamp. It belongs to the Russian Kremlins definitives series, issued on 1st October 2009. Kremlin is the Russian word for "fortress", "citadel" or "castle" and refers to any major fortified central complex found in historic Russian cities. 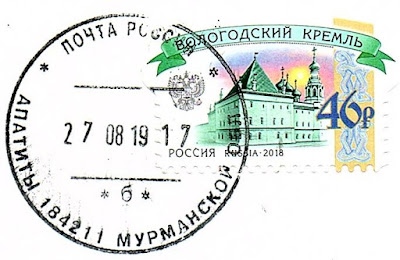 This one is the Vologodsky Kremlin.

What have I been up to this week? It is week two of our three week vegan eating regime, and we are still enjoying the most wonderful recipes. This week I made a vegan pesto. I chose to make this mild version. I used half basil and half parsley, and also half pine nuts and half walnuts. Nutritional yeast gives the cheesy taste. 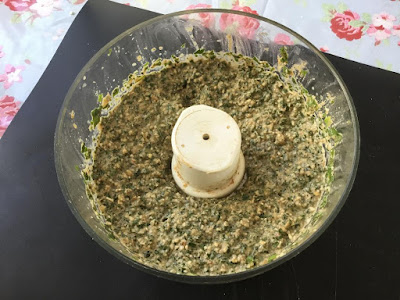 We had it with wholemeal pasta. Delicious! 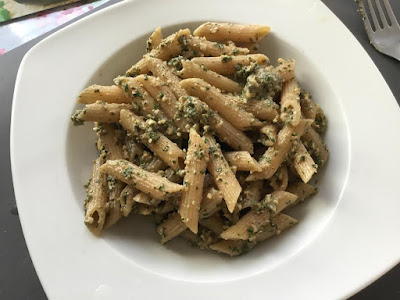 The other thing I'll show you is this hot bean chili. As we are not allowed active yeast, I made this spelt chapatti to go with the chili. Later in the week I learnt to make sweet potato rotis, much nicer and softer. 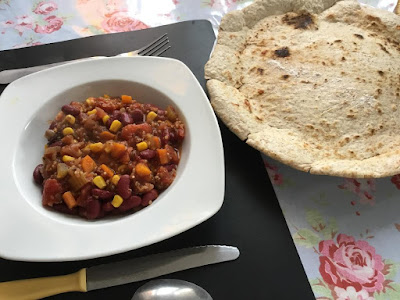 We are having some atrocious weather here at the moment. It started Monday with these two clouds in the sunset. They were unusual in that they had lightning in them. I didn't manage to capture the lightning unfortunately, but that was the start of all the bad weather. 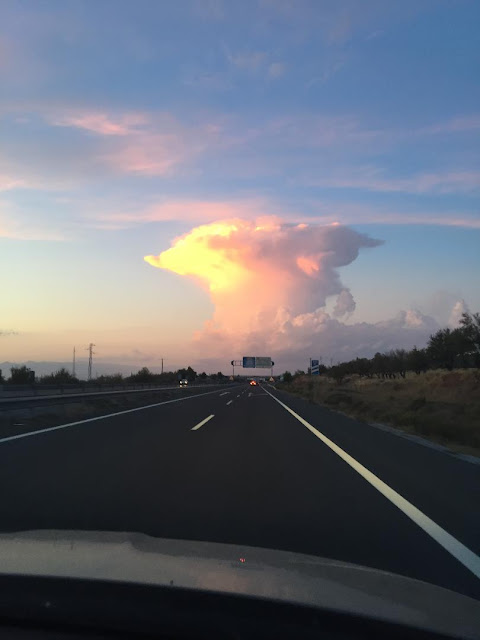 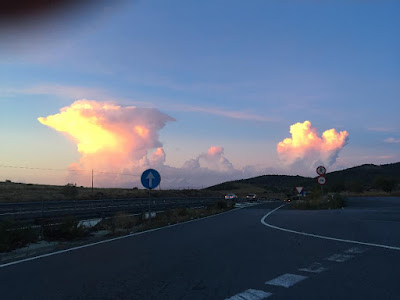 It is raining buckets! And has done all day. The streets are like rivers . The farmers will be happy as this is the first rain we have had in six months. And the temperatures have plummeted. Normally we would still be in t-shirts, but I have had to put on my track suit and socks.

That is all today. There will be some funnies at the end as usual.
Annie is on holiday, but I will link up with Virginia at Rocking Your World Friday for sure.
Have a lovely weekend,
Hugs,
Lisca 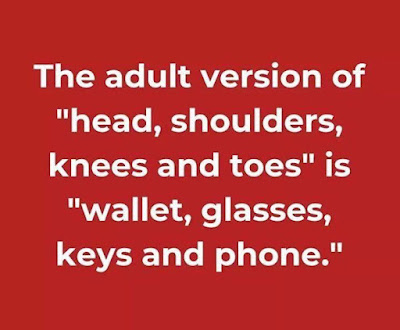 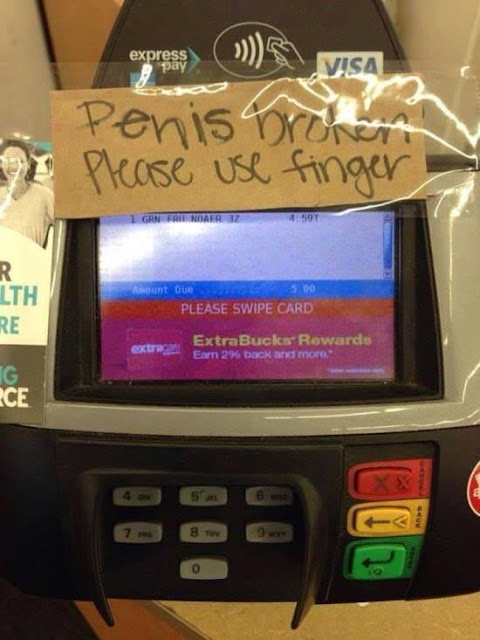 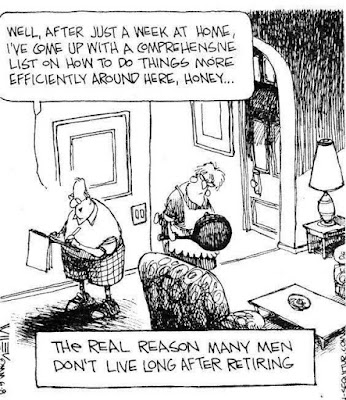 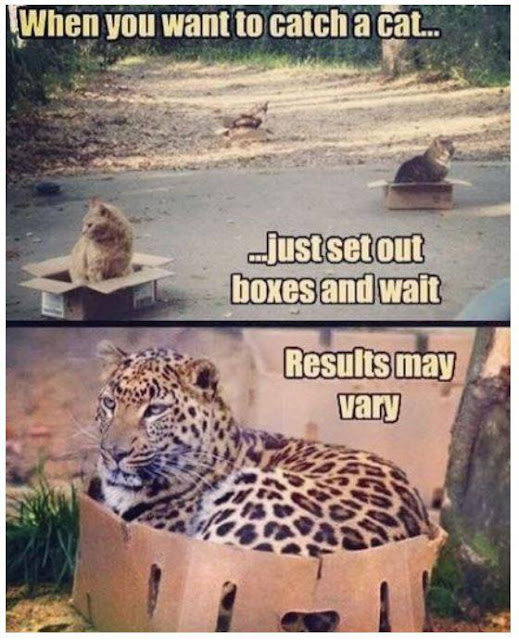 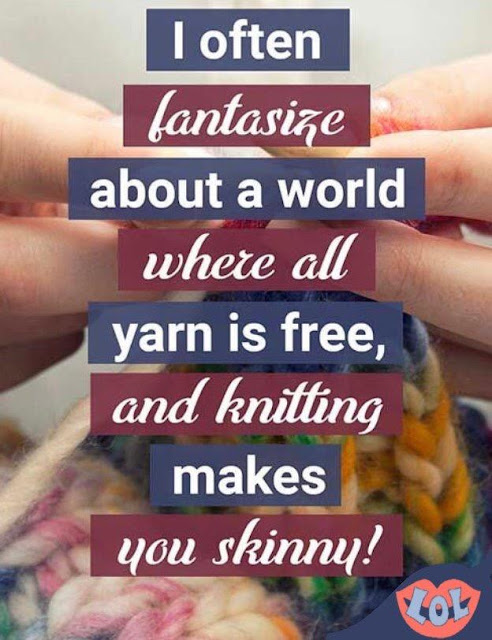 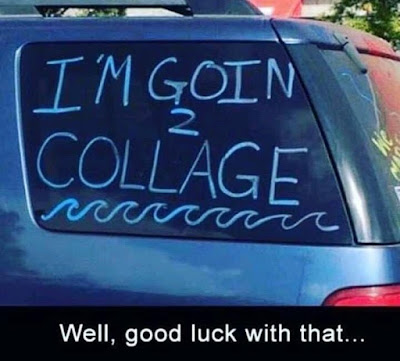