Hello lovely people!
I am scheduling this post as we will be away. We will have been away for a long weekend and we hope to be back on Tuesday evening, so I will be late in commenting too. I have my iPad with me and my iPhone but neither of them agree with Blogger.

I'm hoping to join the T-Party hosted by Elizabeth and Bleubeard on Altered Book Lover, but first some postcards. This first one comes from Russia, although it is clearly a Chinese scene (or Japanese). I have no idea what he is doing because I can't read the Chinese. The image is printed on a kraft coloured card. 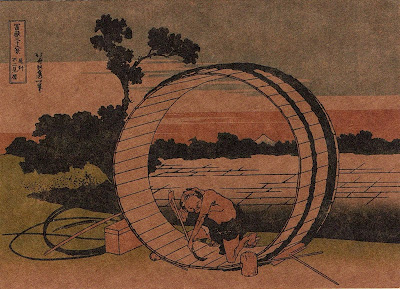 These are the stamps. They are much smaller than usual. (But still quite pretty) 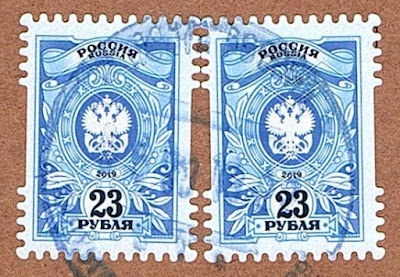 This young lady in traditional costume is from the Ukraine.The artist is Kateryna Biletina. 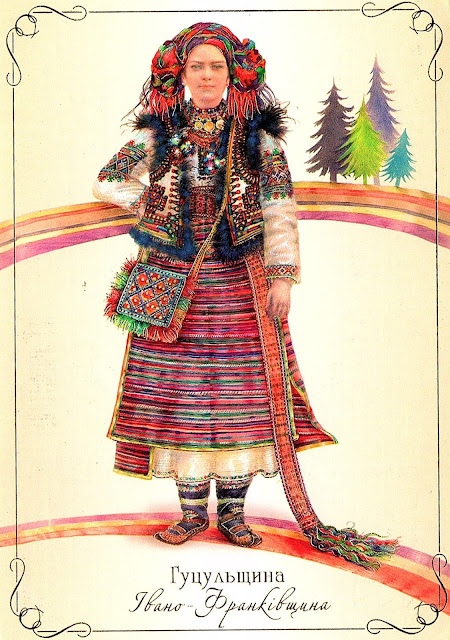 The stamps are wonderful. I think the top one is my entry ticket to the T-Party. It has a coffee pot in it! 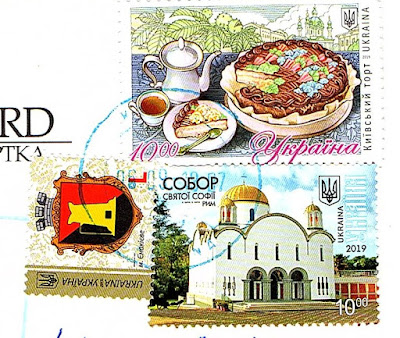 I have not been able to find out which church this is but it sure is beautiful.

Here is another qualifier for the T-Party: 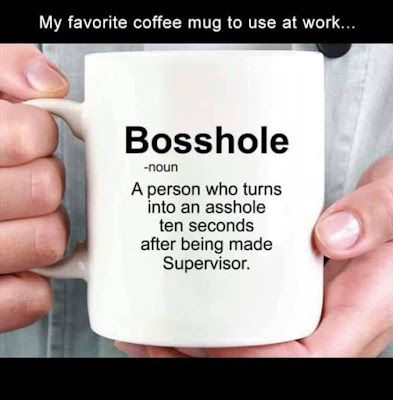 These are our friends Kim and Andy. They have participated in the Cascamorros in Baza. People paint themselves with black oil. It's good to cover your hair as well as the black stuff gets everywhere. Here is Kim with Inma (another friend of ours). 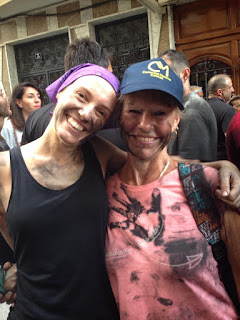 All these photos were taken by Kim and Andy. 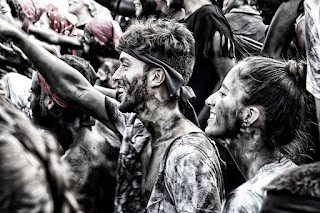 This is a messy one! One man plays the role of the Cascamorras (see below) dressed as a harlequin, carrying a large flag with him. He tries to run through the town to retrieve the statue of the Virgen de la Piedad, and the townspeople try and cover him in black paint and oil.

When he returns to his own town without the statue, the disappointed locals give him a second coat of paint! 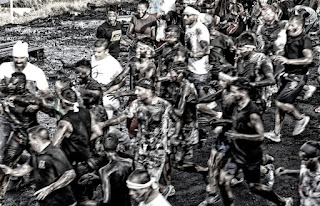 Why: The most widely-accepted version of the story goes that hundreds of years ago, there was a dispute between Baza and Guadix, two neighboring towns.

A guy from Guadix (the ‘Cascamorras’) found the statue Virgen de la Piedad (‘Our Lady of Mercy’) in Baza, and tried to take it back to Guadix. The courts ruled that the statue should stay in Baza but the Guadix people could have it one day a year. 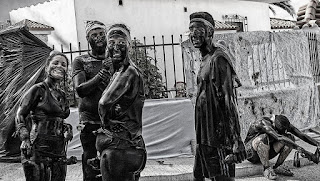 The people of Baza weren’t happy with this arrangement, which led to the tradition that the Cascamorras can only take the statue if he reaches it without getting covered in paint on the way! 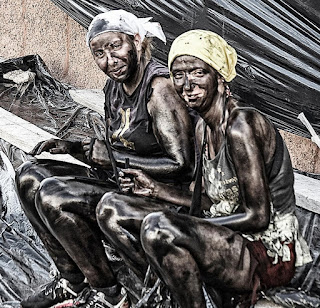 I personally didn't go. It's not really my idea of fun. But the weather was warm (two weeks ago) and the black stuff comes off with Fairy Liquid (a washing up product).

I'll schedule this for Tuesday and lets hope it works.
Happy T-Day everyone,
Hugs and see you soon,
Lisca