Hello lovely ladies, here we are again on Tuesday to share a beverage and join the T-Party held at Bleubeard and Elizabeth's.

I'm into postcards, so that is what I will show you first. This one arrived from France a few days ago. It was sent by a Finnish postcrosser on holiday in France. She was touring the Loire Valley and enjoying all the beautiful castles. The card shows the queens of France. 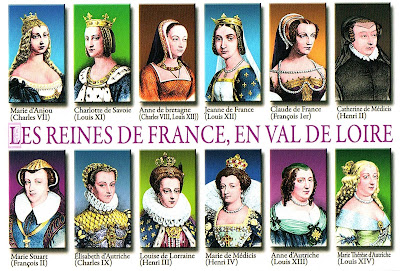 From left to right, top:
Marie of Anjou (14 October 1404 – 29 November 1463) was Queen of France as the spouse of King Charles VII from 1422 to 1461. She served as regent and presided over the council of state several times during the absence of the king.
Charlotte of Savoy (c. 1441/3 – 1 December 1483) was queen of France as the second spouse of Louis XI. She served as regent during the king's absence in 1465, and was a member of the royal regency council during her son's minority in 1483.
Anne of Brittany  (25/26 January 1477 – 9 January 1514) was Duchess of Brittany from 1488 until her death,  She was the richest woman in Europe in her time; Queen of France twice, married to two kings in succession (Charles VIII and Louis XII).
Joan of France (French: Jeanne de France, 23 April 1464 – 4 February 1505), was briefly Queen of France as wife of King Louis XII, in between the death of her brother, King Charles VIII, and the annulment of her marriage.
Claude of France was a queen consort of France by marriage to Francis I. She was also ruling Duchess of Brittany from 1514. She was a daughter of the French king Louis XII and Anne of Brittany.
Catherine de’ Medici,  (born April 13, 1519, died January 5, 1589), queen consort of Henry II of France(reigned 1547–59) and subsequently regent of France (1560–74), who was one of the most influential personalities of the Catholic–Huguenot wars. Three of her sons were kings of France: Francis II, Charles IX, and Henry III.

From left to right, bottom:
Mary Stuart  spent most of her childhood in France while Scotland was ruled by regents, and in 1558, she married the Dauphin of France, Francis II. Mary was queen consort of France from his accession in 1559 until his death in December 1560.
Elisabeth of Austria was Queen of France from 1570 to 1574 as the wife of King Charles IX. A member of the House of Habsburg, she was the daughter of Maximilian II, Holy Roman Emperor, and Maria of Spain.
Louise of Lorraine, was Queen consort of France and briefly Queen consort of Poland and Grand Duchess consort of Lithuania by marriage to Henry III of France. As a Dowager Queen, she also held the title of Duchess of Berry from 1589 until her death.
Marie de' Medici was Queen of France as the second wife of King Henry IV of France, of the House of Bourbon. She was a member of the wealthy and powerful House of Medici.
Anne of Austria, a Spanish princess of the House of Habsburg, was queen of France as the wife of Louis XIII, and regent of France during the minority of her son, Louis XIV, from 1643 to 1651. During her regency, Cardinal Mazarin served as France's chief minister.
Maria Theresa of Spain, was by birth Infanta of Spain and Portugal and Archduchess of Austria as member of the Spanish branch of the House of Habsburg and Queen of France by marriage to Louis XIV .
Fascinating stuff.

My second card comes from Germany and the quote (by Voltaire) reads " Da es sehr förderlich für die Gesundheit is, habe ich beschlossen, glücklich zu sein." That translates: As it's very good for my health, I have decided to be happy. 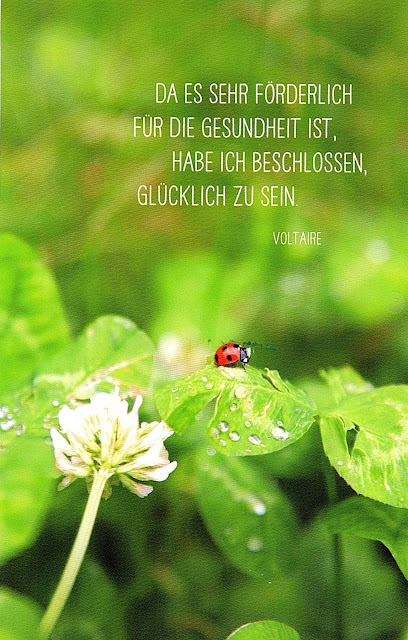 At the moment it is very hot in this part of Spain. Best thing is to stay indoors during the day. Our house is nice and cool. My Irish neighbour pops in every now and then and we have a cup of tea or coffee, according to what time it is. Here is a photo of us with empty tea glasses. We had just finished when hubby got his phone out and took a picture. 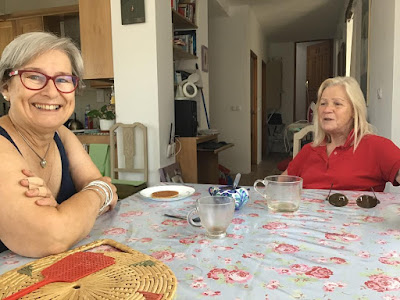 I have bought a few teas on the market last Tuesday. This one is Hibiscus. That is nice to drink cold with a dash of lemon in it. (In Italy we called it Karkadè). 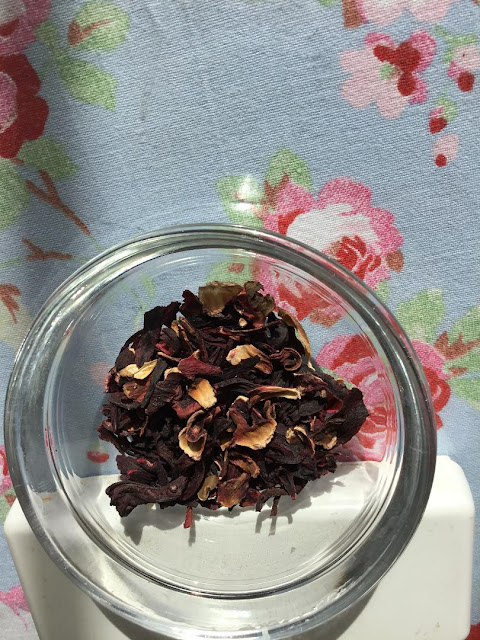 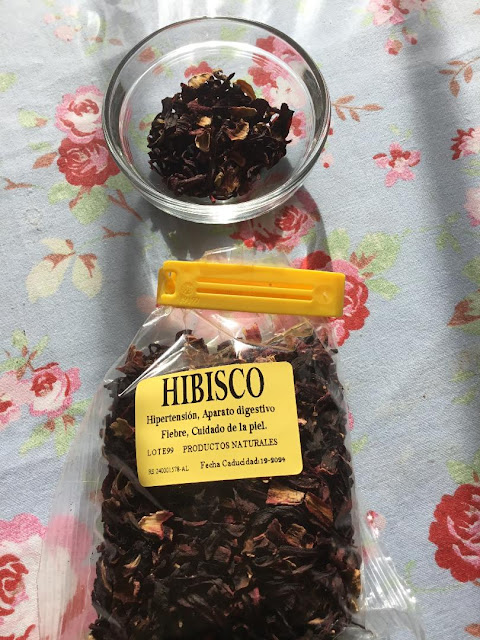 Lastly I want to tell you that I am thinking of leaving Blogger and changing to Wordpress.com. 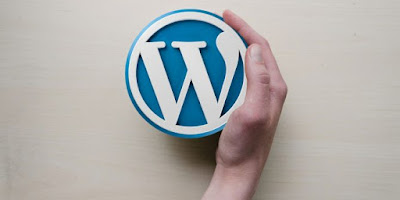 I can't use Blogger on my iPad or iphone and have to be at home at my desktop to comment. I have opened an account and am trying to figure out how to  build up a new blog. I will call myself Cavewoman as I am not doing that much scrapbooking anymore. Has anyone of you started a Wordpress blog from scratch?
Of course I will let you all know when I switch over and for a while I will keep both.