Good morning boys and girls, It's T-Day again! We are all invited at Elizabeth and Bluebeard's with a blogpost that has a beverage or beverage reference in it.

I'm going to start with this postcard that dropped into my mailbox this week: 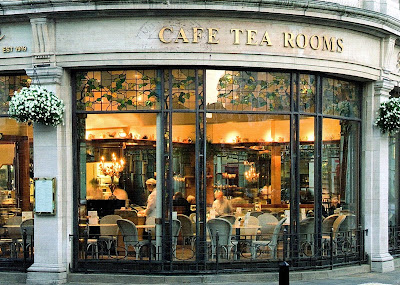 It came from Germany  and was sent by Mia, who lives in Aachen (near the Dutch border) but had been to York on holiday. She had tried to visit the Betty's Tea Rooms but it was always full. I can imagine. It looks very nice.
This is the stamp, celebrating the centenary of the Möhnetal dam. It (the dam) has an interesting history. Wikipedia writes this:

In 1904 calculations about the future demand for water for people and industry in the growing Ruhr-area determined that the existing storage volume of 32.4  million m³ in dams of the Ruhr river system needed tripling. Thus, on November 28, 1904, the general assembly of the Ruhrtalsperreverein decided to construct additional dams. During 1908 to 1913 they built the Möhnetalsperre at a cost of 23.5  million marks. When opened, the dam was the largest dam in Europe. 140  homesteads with 700  people had to move. It was built to help control floods, regulate water levels on the Ruhr river downstream, and generate hydropower. Today, the lake is also a tourist attraction. 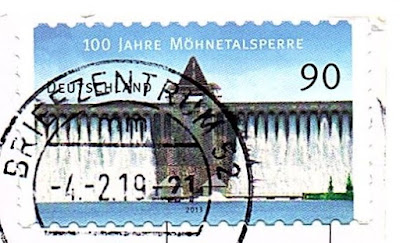 The dam was breached by RAF Lancaster Bombers (“The Dambusters”) during Operation Chastise on the night of 16–17 May 1943, together with the Edersee dam in northern Hesse. Bouncing bombs had been constructed which were able to skip over the protective nets that hung in the water. A huge hole of 77 m by 22 m was blown into the dam. The resulting huge floodwave killed at least 1,579 people, 1,026 of them foreign forced labourers held in camps downriver. The small city of Neheim-Hüsten was particularly hard-hit with over 800 victims, among them at least 526 victims in a camp for Russian women held for forced labour.

Though the Organisation Todt quickly repaired the dams with 7,000 men from the construction of the Atlantic Wall, the impact of the raid on German industry in the Ruhr valley and indeed on the civil population was significant. According to Albert Speer, "the power plant at the foot of the shattered dam looked as if it had been erased, along with its heavy turbines." "Industry was brought to a standstill", due to the "electrical installations being soaked and muddied." Three other reservoirs were still intact, though the largest, the Sorpe Dam, did have a hole, but it was above the water line. Another destroyed dam, the Edersee Dam, "had nothing to do with the supply of water to the Ruhr." The Mohne Dam was repaired by 23 September 1943, in time to collect water for needs the following summer, when the British failed to follow up with additional raids to hamper reconstruction.


The other postcard is unusual and also comes from Germany. It is the front of a book by Friedrich Wessel and the title translates: 'Sometimes also in underpants'. 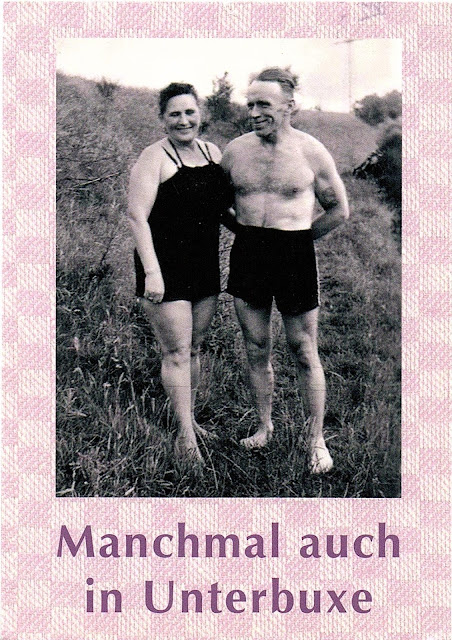 The book is collection of stories about the life of people along the Rhein-Herne canal in the Ruhr area of Germany. 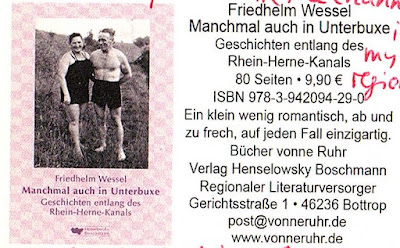 The stamp has a beautiful yellow flower. I think we call it St John's Wort and in herbal medicin it is used for depression and low mood. 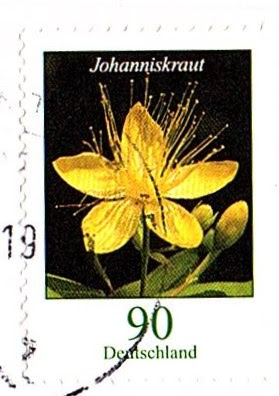 The weather has been glorious this week. We have eaten out on the terrace every day. I have a beautiful dining table on the terrace (you can see the shadow of it in the bottom left hand corner) but it has a glass top, which we have taken off because of the frost at night. So we eat at the little old rickety table in the corner... Here I am last Friday with a slimming version of fish and chips (both chips and fish cooked in the air fryer). I think the drinks on the table qualify me for the T-Party. 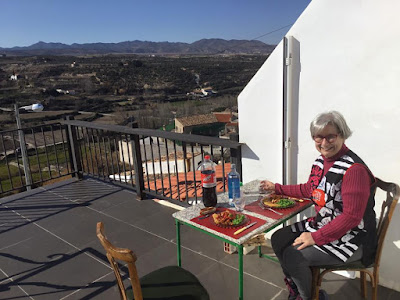 The almond trees are starting to blossom and they are so beautiful. Most are pink, but there are also white blossoms. This is a photo taken by one of my mates at the photoclub, Maria Gallardo Lopez. 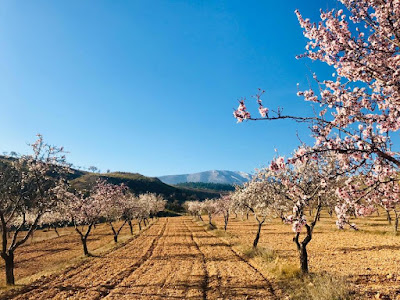 Remember I mentioned shampoo in a bar? 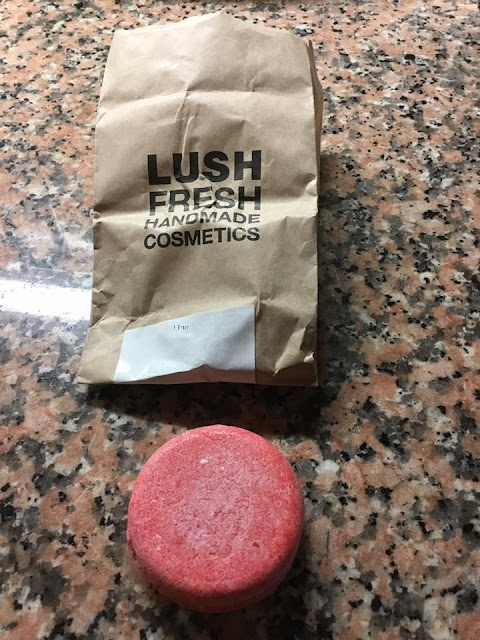 Well, I have started using it and it is absolutely fabulous! As soon as the bar touches wet hair, it starts to lather. I have asked my hubby to take a picture. I can recommend it . 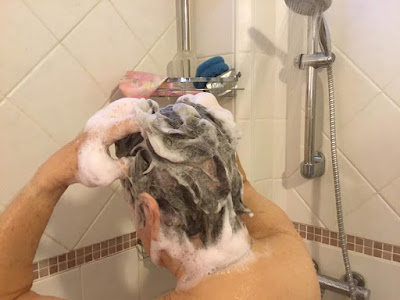 And I have been scrapbooking. These two lay-outs I did on Thursday (which is my 'play day'). 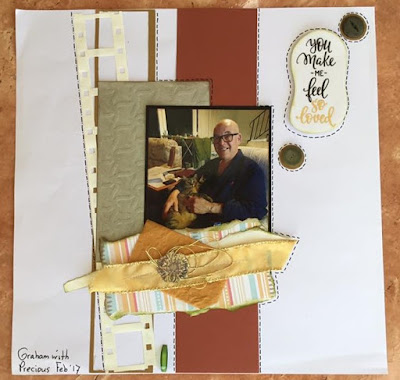 I have used cluster collages on both of them (I had made those collages after Halle inspired me to do them.)
The above photo is hubby with our cat two years ago. Yes, I'm a bit behind with my photos.
The next lay out is hubby on his 70th birthday (14th December) two years ago. We were in Madrid to sort out my passport, when we chanced upon a Lindt chocolate shop. There were rows and rows of these 'bins' full of individually wrapped chocolate balls. Those famous Lindt ones. Hubby loves those and I could not have given him a better birthday present! 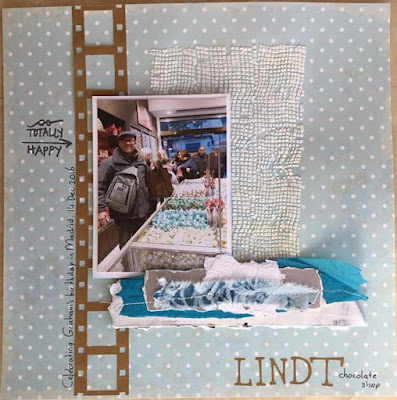 That is it from me today. We are actually away from home at the moment, enjoying a short vacation in Almeria on the Mediterranean coast. It is only an hour and a half drive from where we live but we had never visited the city. We should be home later tonight, so i won't be able to do much commenting until Wednesday.